Al Ghad Al Arabi TV is Egypt's first privately owned news broadcaster with a 24/7 brief to cover news from the Arab world. Its main playout and production centre at Media City in Cairo relies on an Avid Everywhere vision, bringing together Avid | ISIS shared storage, iNEWS, Media Composer and other Avid systems on an Avid MediaCentral platform for both linear broadcast and social media distribution.

Originally a news and entertainment channel with programs aimed at the youth market, Al Ghad Al Arabi TV went on air in 2013 from facilities in London, with plans to subsequently set up studios and production facilities in Cairo and Beirut. However, when Abdul Latif El Menawy was appointed as chief executive and managing director in 2014, his remit was to establish a pan-Arab 24-hour news channel that would compete with the existing leaders in the field. 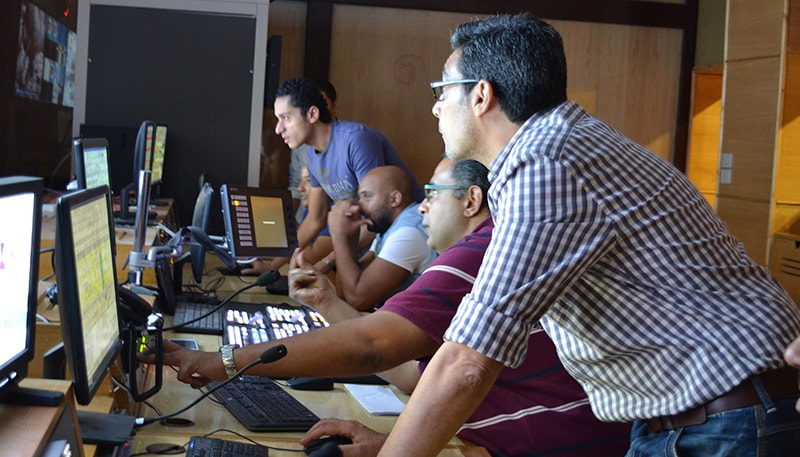 This led to the decision to move the center of operations from London to Cairo, with the production centre at Cairo’s Media City—which was half way through installation—becoming instead the main full 24/7 news facility, London remaining as a broadcast centre and disaster recovery location, and the Beirut facility going ahead as planned.

“The aspiration of the channel is to be among the big news players,” says El Menawy. “This new vision had to be followed by a complete restructure and transformational program to get the channel to be recognized as an international broadcaster.”

Following this decision, El Menawy halted the first phase of the project and asked implementation specialists Mohammed Akhlaq and Galal El-Hakeem at HiMedia Pro to carry out a gap analysis of the existing infrastructure and operating model at Media City.

"Our challenge was to identify all gaps and put in place a plan that would address technology changes, operational workflows, training, branding and on-screen graphics, as well as recruiting editorial and operational staff," says Mohammed Akhlaq, HiMedia Pro’s Project Launch Broadcast Operations and Technical Director. “We needed to utilize and enhance existing infrastructure to allow the production of 24-hour news and social media, delivering a multi-location solution within a set timeframe and a tight budget.” 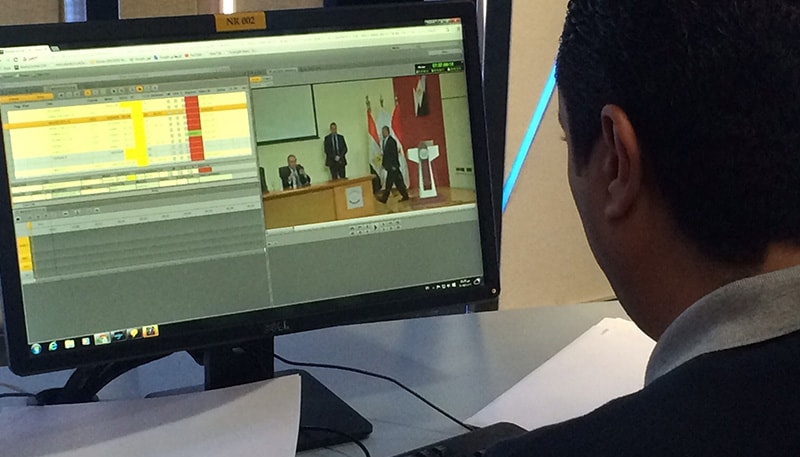 HiMedia Pro decided to use Avid as a one-stop shop, exploiting the manufacturer's desktop editing, integrated graphics, archive systems and social media capability to their full capacity. System integrator AV Solutions, which had worked on the first phase of the installation, worked closely with HiMedia Pro throughout the project.

The initial newsroom installation based on the MediaCentral platform, completed in 2014, included Avid iNEWS, iNEWS Command, Interplay | Production and asset management, AirSpeed 5000, five Media Composer licenses, five Media Composer | NewsCutter Option licenses and an Avid ISIS | 5500 storage system. This end-to-end solution was intended to give an open, extensible foundation to replace the existing infrastructure at Media City, which was regarded as limiting growth. Phase 2 of the project, completed in October 2015, saw the installation of Interplay | MAM Active Archive and ISIS 5000, plus Media | Director for faster ingest and Media | Distribute to simplify distribution to multiple platforms.

"The new system enables far greater collaboration, enabling the news team to share media quickly and easily. Multiple users can also access content as it is being ingested and work on individual stories for news, long form or online without impacting other staff," explains Galal El-Hakeem, Founder and Managing Director at HiMedia Pro. “We also upgraded the single ISIS to a cluster, adding redundancy in critical areas where there was none before. The storage capacity was also increased to create more bandwidth and storage to cope with higher staffing levels and more technology licenses, as were facilities for ingest and playout. In addition we built a more resilient graphics system and added a 70-inch Barco video wall working with a single VizRT engine."

The team can now automate and streamline publication to the web, mobile devices and social channels. This makes multi-platform distribution much faster and more intuitive.

The greater emphasis on social media also demanded more storage. "By integrating Avid Media | Distribute into our workflows, the team can now automate and streamline publication to the web, mobile devices and social channels," comments Akhlaq. "This makes multi-platform distribution much faster and more intuitive." Web team – please make this into a single quote.

HiMedia Pro provided essential technical training for the operational staff, but also needed to ensure that the journalists—particularly those with a more traditional background—felt comfortable with the new file-based system, whether editing, creating voice-overs or adding graphics. "The system was designed to allow the journalists as much control as possible over the stories," says El-Hakeem. "With the help of Avid's workflow consultants and some intensive training, the journalists rose to the challenge and we were all impressed with the swift progress of the editorial team.” 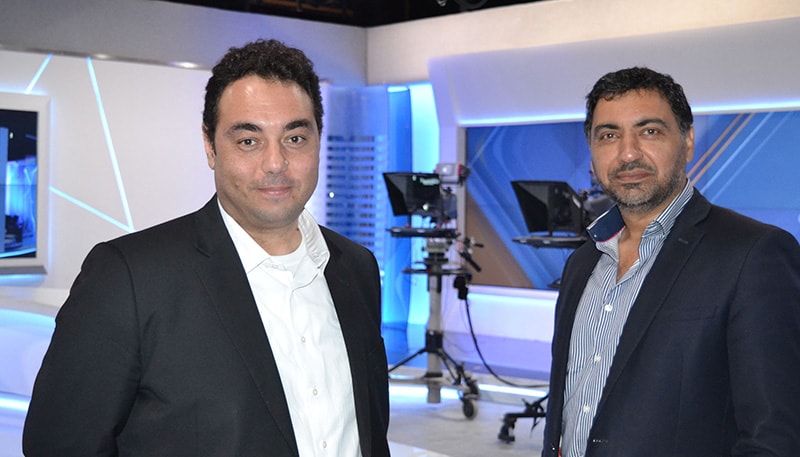 With the new broadcast centre delivered successfully in time to go live in October 2015, both Al Ghad Al Arabi TV and HiMedia Pro were pleased with the outcome. "We have all collaborated on building a facility fit for a 24-hour news channel with an infrastructure that has by far the most advanced technology currently used in Egypt and is the pioneer in file based workflows and tapeless environments," concludes Akhlaq. "We have trained staff and set working procedures based on international standards. Confidence is high among the team at Al Ghad and the channel is in a very strong position to compete in this crowded market."