Musicians exploring new horizons and sharing their experiences with a global audience need software that gives them the versatility and power to capture their vision and create work that will inspire listeners the world over.

Pro Tools provides composers, musicians and producers powerful features to support music creation and recording for any type of ensemble and environment, so they can bring their music to audiences live and online.

Aliya Cycon knows the power of music. It’s been a passion of hers since childhood, and ever since, she has been using music to raise awareness for people suffering from disease and hardship around the world. Since her first album with her ensemble, the Aliya Cycon project, she has toured through the Middle East and Asia, performing her music and spotlighting her instrument, the oud.

A lot of people ask me why I chose the oud, because it’s pretty unconventional. It wasn’t really something I chose, it just came into my life.

With her ensemble, the Aliya Cycon Project, she has written and performed numerous energetic and haunting pieces for the oud, a stringed instrument commonly used to play traditional Arabic music. The ensembles vary, and in addition to the oud, often include piano, violin, contrabass, percussion, and Cycon's transcendent voice. 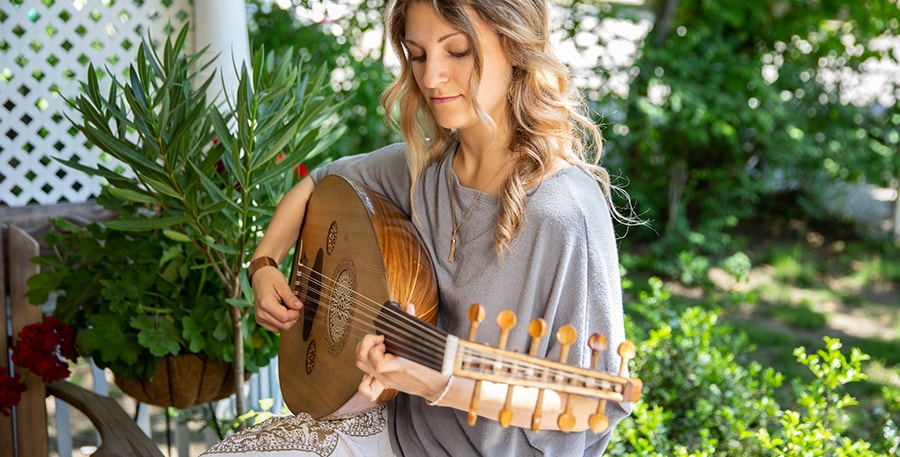 “I wanted a way to communicate that to people back here in the States who might not be exposed to it…A big part of that has been to create a bridge for people back here to see a different side, a much more positive side of this amazing culture.”

With her videos, recordings, and live performances, she uses the power of music for cultural diplomacy, raising awareness and funding for causes including the Wounded Angels project, providing rehabilitation and education for children maimed by the civil war and violence in Syria, as well as the Playing for Change movement, offering hope and support to people displaced by floods, earthquakes, and hurricanes worldwide. 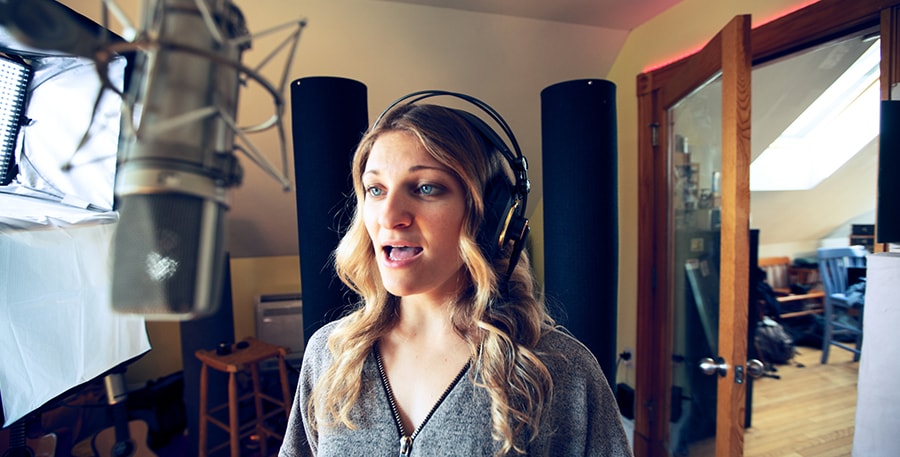 I had a lot of musical statements I already wanted to say. I already had a lot of compositions in mind, these blended genres coming out of the wash and making these fusion pieces were starting to happen and so I said, ‘I want people to hear this.

In 2017, she completed a seven-week tour of Europe and the Middle East, performing with her ensemble and spreading awareness of social and political issues. 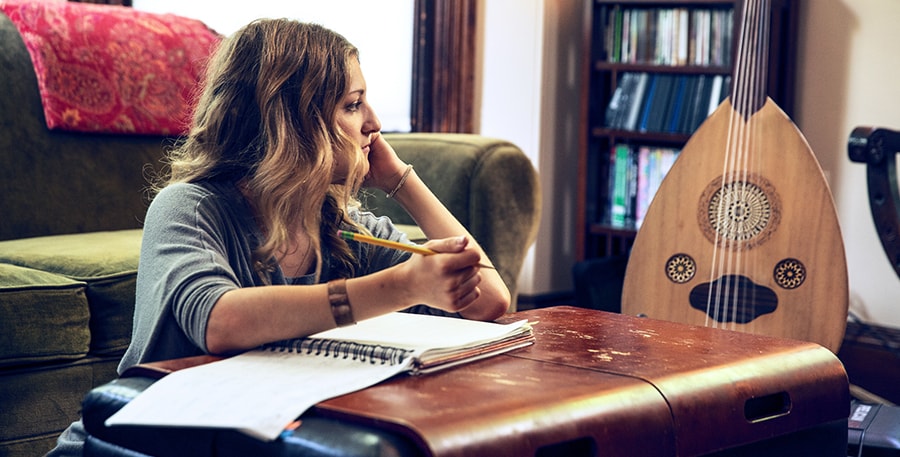 The oud is a twelve-stringed fretless lute-style instrument played with a plectrum, with a resonator shaped like an avocado. Like many stringed instruments, it can vary widely in size, shape, type of strings, and tunings. Something they all share is a rich, reedy sound with a striking attack that makes it well-suited for percussive, spirited melodies. Cycon uses it to write music that melds traditional eastern sounds with western jazz, soul and pop styles.

The acoustic oud you see Aliya playing throughout the video is hand-made by Palestinian luthier Najeeb Shaheen. She also has electric ouds, which are made by her sponsor Godin in Canada. 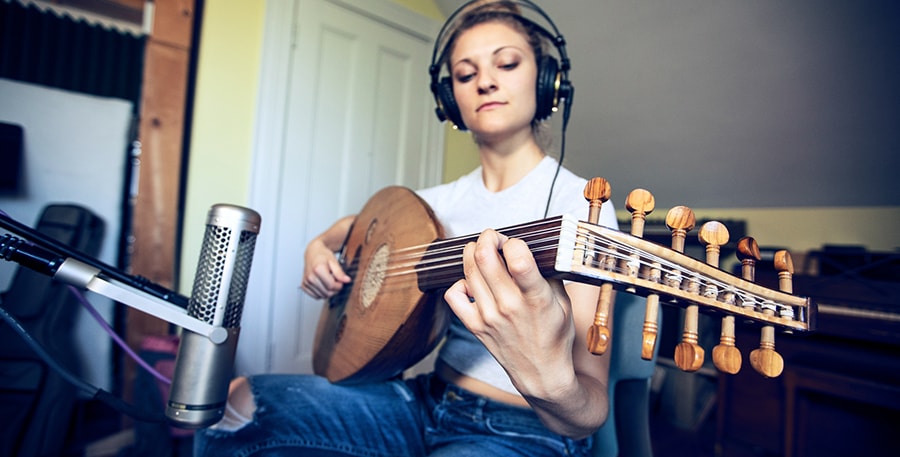 “The more Arabic music I listen to, the more my own pieces take on aspects of that idiom. What authentic music I’ve absorbed in comes out in the way that I compose.”

When recording their debut album, We Will Be Light, in 2015, Cycon worked with Dan Cantor at Notable Productions in Boston. “Aliya said, ‘You know, I want to make a record, and I want to make it this year. In fact, I think I want to do it in four months.’ I said, ‘Okay, what do you want to do?’” 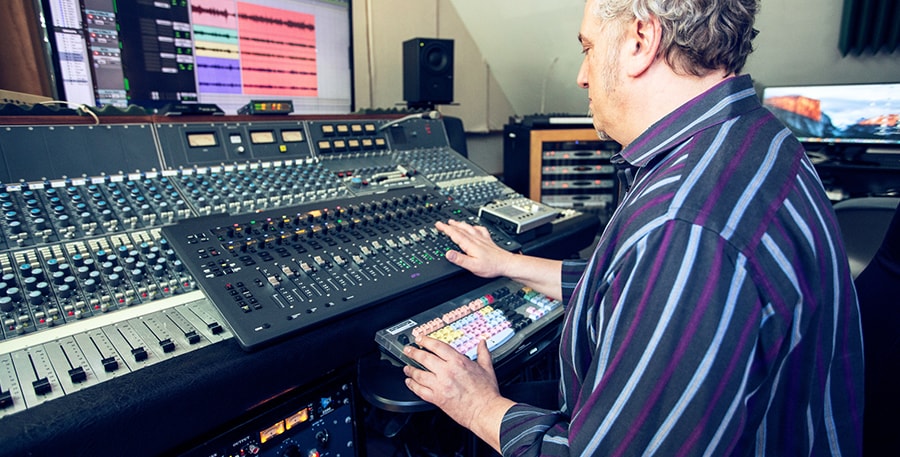 Dan is a musician and composer as well, playing drums for the Boston-based band, Jim's Big Ego. He has toured around the world and organized festivals to drive awareness of musical styles from Africa and elsewhere. As owner of Notable, he has provided post-production work and scoring for the United States Institute for Peace, and has helped establish the “Music for Social Change” scholarship at Berklee College of Music. This meant Dan was the perfect partner for production of Aliya’s ambitious idea for her album. “She was like, ‘Well, it does have a big orchestral component and it has a Middle Eastern ensemble, and it has a full American rhythm section, and it has a choir,’ and I’m like, ‘This is going to be a great adventure,’ and it has been. Her music is wonderful.” 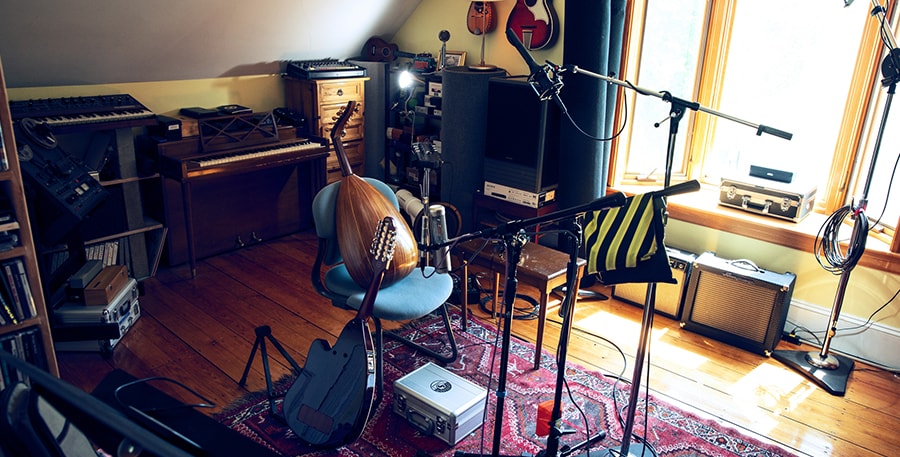 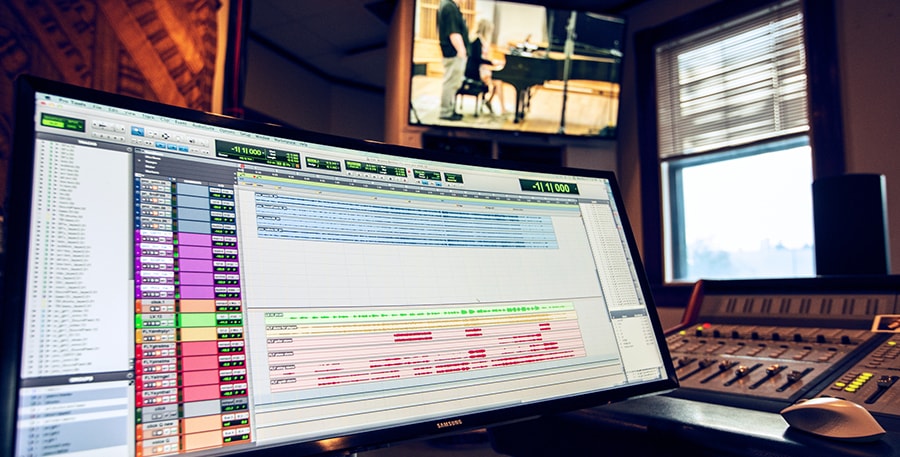 Dan explains how the oud is a rewarding challenge to capture in the studio. “The microphones obviously play a role. The room plays a role, but ultimately, it’s always that musician nailing something, and expressing, and me capturing it. The ability for me to mix and manipulate that in Pro Tools, is obviously wonderful.”

It’s a lovely instrument. It’s the wood, the strings, the expressiveness of it, it’s really hanging out there ready to grab like a big piece of fruit 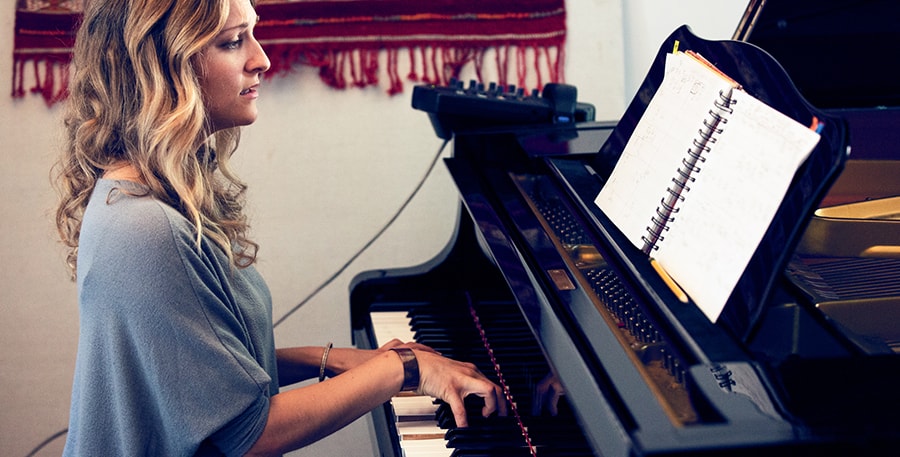 When writing music for the oud, or on the piano, Aliya thinks about her own style of writing, and how it will translate to the instruments she writes for. The oud has a sound that melds the exotic with the familiar, because of its rich, organic history. “The instrument projects so many different colors at once, it’s both warm and earthy and round and deep, there’s a lot of characteristics to capture on an oud. Working with the engineers and watching their process and how they mic the instrument, it’s really fascinating.” 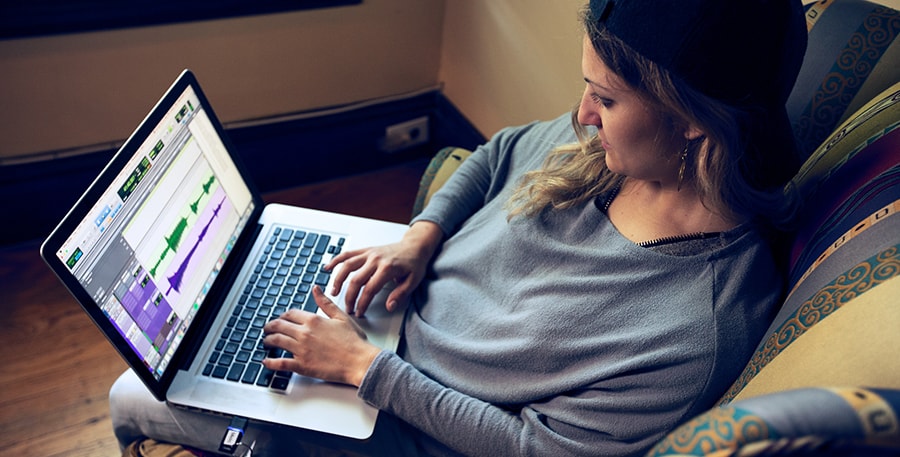 Pro Tools gives Aliya the opportunity to try new things when she is writing and creating ideas outside of the studio environment as well. “Pro Tools became this really useful tool in recording myself at home. It’s just really empowering to be able to have a software that so accurately captures the sound and makes it sound great.”

We live in a world right now where everyone is sharing everything across cultures and across borders, and using Pro Tools is what gives me the ability to take the music that I’m making and share it and connect it to everyone around the world. 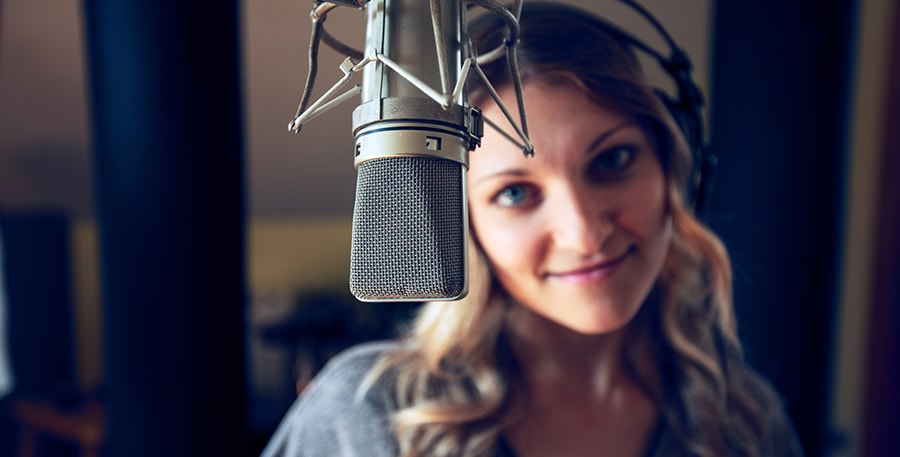 Aliya uses her music for sharing ideas, spreading a message, and bridging the unknown. She inspires the people she shares her music with, on stage, in the studio, and across borders. “The ability to perform, share my musical message, bring it to audiences all over, this has become something I can’t live without.”