Deliver amazing sound for preeminent music festival with over 150 bands across eight stages.

A consortium of sound reinforcement companies chose Avid live systems for every stage because of their universal acceptance by live sound engineers.

The Austin City Limits Music Festival is renowned for the high-caliber live performances that entertain 225,000 music fans each year in Austin, Texas. The popularity and size of the 2013 event resulted in an expansion of the program to two consecutive weekends, accommodating performances by over 150 acts on eight stages. 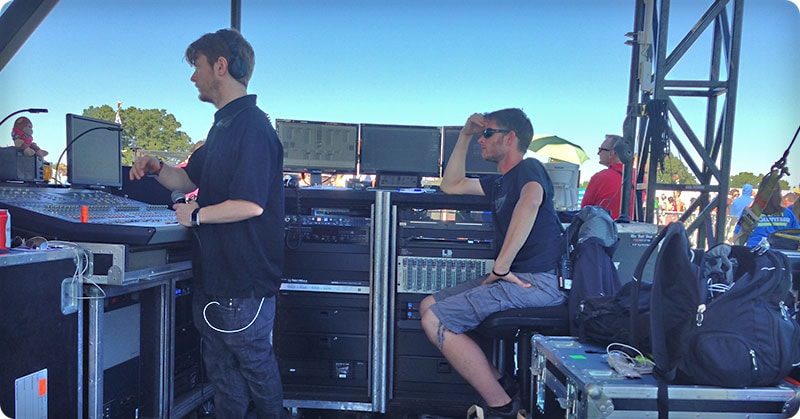 “Almost every artist at the event was using Avid Profile systems—they were everywhere,” states Robert Ausmus, Director of Production Services for LD Systems. “A lot of bands have [VENUE show] files for them. It's pretty much the default festival board, period.”

Almost every artist at the event was using Avid Profile systems—they were everywhere.

Using a variety of Avid live sound systems, the technical crews easily managed the increasing scope, size, and complexity of the Austin City Limits Music Festival. The sound companies employed a mix of Avid VENUE | Profile-, Mix Rack-, and SC48-systems at front of house and monitors to support an eclectic mix of performers, including some of the world’s most notable acts like super-group Atoms for Peace, featuring members of Radiohead, The Red Hot Chili Peppers, and more. 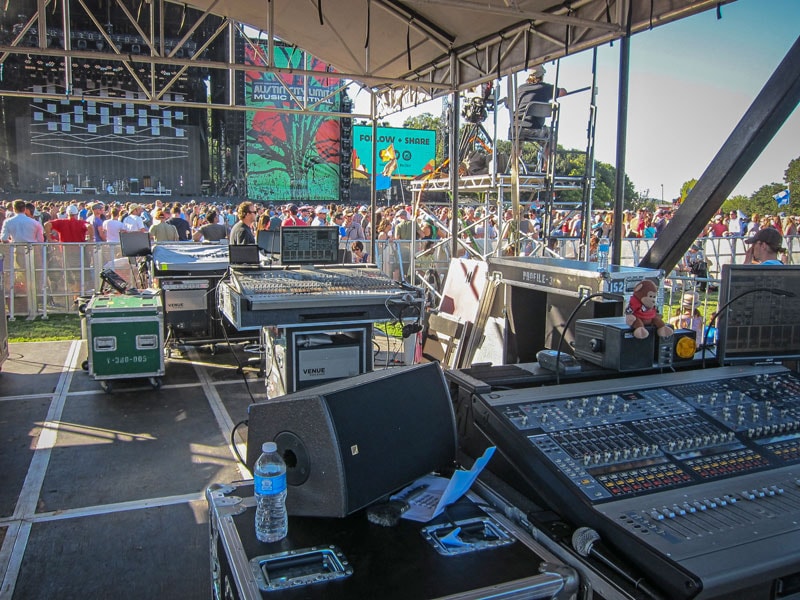 “We tour with Profiles at front of house and for monitors,” explains Sean “Sully” Sullivan, front of house engineer for Atoms for Peace. “You see them everywhere—they’re easy to use, the layout is ergonomic, and they sound amazing.”

We tour with Profiles at front of house and for monitors. You see them everywhere—they’re easy to use, the layout is ergonomic, and they sound amazing.

Sullivan is also a big fan of Avid’s Virtual Soundcheck feature, which enables engineers to use prerecorded tracks from a previous show or rehearsal in place of live inputs to EQ the system, set up snapshots, and more. “I use Virtual Soundcheck every day,” he adds. “With a festival the doors open early and you never see the bands for soundcheck. Virtual Soundcheck is crucial to get the rig to sound as expected—it’s changed my game.”