While no one will deny Hollywood’s tendency to overuse clichés like “years in the making” to hype their films, director James Cameron’s Avatar is one project that truly fits the description. Cameron reportedly began working on the movie’s script as early as 1994, but waited until 2005 for technological advances to catch up to make the computer graphics-heavy movie. And technology is also what fueled composer James Horner’s compelling soundtrack—he relied on Avid’s industry-leading audio solutions to compose and record the groundbreaking score.

Horner, whose previous collaborations with Cameron include Aliens and the Oscar-winning score for Titanic, took on a more experimental approach with this project than he normally would. “I didn’t rely on a written score for large parts of the film,” Horner says. “Instead, I improvised much of the score against the picture. There was no orchestra involved until the end—just me playing the parts into the film, using an electronic instrument or a piano. I find myself trying to move slowly away from writing conventional orchestral music, incorporating other instruments into my scores that don’t necessarily play orchestral music.”

This editing process simply wouldn’t be possible without Pro Tools.

Beyond the realm of standard notation

For scoring mixer Simon Rhodes, the integration of Sibelius into Pro Tools | Ultimate software was key to blending the score’s synthetic and orchestral elements. “Because of the way James is working, much of what he’s creating is being recorded, but not written down,” says Rhodes. “We need a record of what’s being played and what sounds he’s putting in. That’s where using Pro Tools and Sibelius really play a role, to transparently keep track.”

“We use Sibelius to notate what I’ve written and get it to the copyists,” Horner explains. “Much of what I’ve played doesn’t necessarily fall into the realm of standard notation. Sibelius becomes something of a translation tool, and we use it to figure out what I’ve done and reinterpret it so it can be played again by an orchestra… Pro Tools and Sibelius are tools that allow me to be more creative, by allowing me to think about the technology as little as possible.”

Pro Tools and Sibelius are tools that allow me to be more creative, by allowing me to think about the technology as little as possible.

“It’s an elaborate yet intuitive workflow,” adds electronic music arranger Simon Franglen. He explains that after team generates a tempo map from Horner’s cues, he mocks up the non-synthetic elements (which will be later replaced by the orchestra), and then uses a range of plugins to lay down the score’s electronic and rhythmic elements to achieve the otherworldly textures of Horner’s vision.

“I tend not to use straight synth sounds, particularly on this score,” Franglen says. “Generally we’re using organic or natural samples or instruments that we’re manipulating and massacring to generate these textures… Pro Tools has become my only MIDI sequencer now. We’re also using Elastic [Time] to maintain flexibility with the tempo map changes. This editing process simply wouldn’t be possible without Pro Tools.” 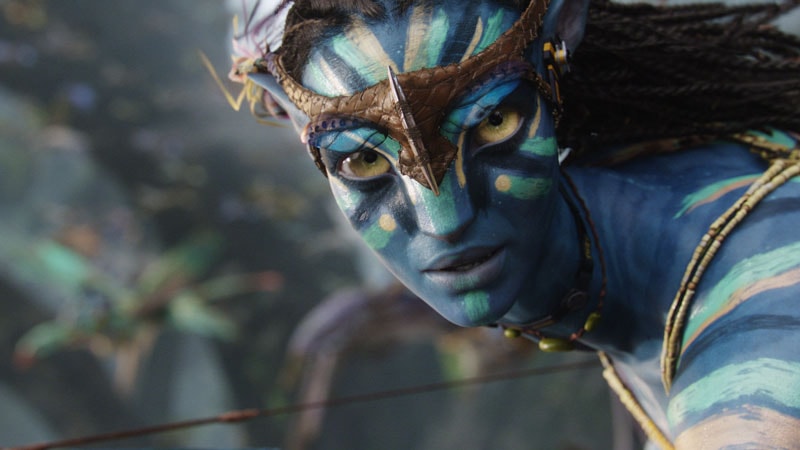 The flexibility to do it all

But the synthetic textures are just one component of the score, as Simon Rhodes explains. “The orchestra is recorded on one Pro Tools | HD rig at 96 kHz, with the synths on a second rig at 48 kHz. We then mix to a third Pro Tools | HD rig, which is recording all the stems for film. We end up with more than 96 tracks of stems, as well as the original multitrack.”

With three Pro Tools machines locked using Satellite Link and synced to picture through Video Satellite, Rhodes mixes the project in 5.1 surround on an ICON D-Command console. “Mixing on the ICON is so much quicker and more intuitive, especially working with so many tracks,” Rhodes says. “The faders feel great—just like an old-fashioned mixing desk. The most important thing is that ICON enables us to stay inside Pro Tools… ICON gives us the flexibility to do it all. It’s really changed everything about the way we work now.”

"The sheer complexity of the project would be impossible to handle without Pro Tools | HD", says Franglen. “One of the biggest breakthroughs for me is the fact that we no longer worry about file sizes or track counts. On one nine-minute cue, for example, we’ve got close to 450 tracks and a file size of around 56 GB.”

Pro Tools | HD was really the only solution for a project of this magnitude.

“It’s really quite astounding how the technology has evolved,” Franglen continues. “On Titanic, I carried two tons of equipment with me. On Avatar, I used a Mac Pro, Pro Tools | HD, 16 GB of RAM, and 6 TB of hard disk space. Everything was done inside the box, without a single outside synth. Whereas Titanic involved a huge process of simply setting up from session to session, now it takes just 10 minutes to hook up a display—it’s all just down to Pro Tools | HD.”

The only solution for a massive project

“Pro Tools | HD was really the only solution for a project of this magnitude,” Rhodes concludes. “What we’ve achieved here would be impossible with anything else. We’re constantly pushing pretty much every limit of the software and hardware. And I think it’s fair to say that James really pushed not only the limits of the software, but his own boundaries as well. The colors and textures he’s created are so much a part of the character of the score. I’d say we’re really on the edge of an important part of filmmaking history, and Pro Tools | HD has really helped to facilitate it.”