Sibelius Ultimate offers the music notation and publishing features that help a busy music director easily create parts that are tailored perfectly for any music ensemble.

The greatest bands do a lot more than perform music. They create magic, drawing energy from the pure ether. When the music is perfect, and instrumental mastery is matched by emotional manipulation, it looks easy, like the band is channeling a power beyond themselves.

Of course, we know it's not magic. It's work. It's practice, organization, attention, and discipline. Somebody has to create the magic.

As bassist and music director for Santana, Benny Rietveld has helped build the foundation for the band to weave their magic for nearly thirty years. We had the good fortune to talk with Benny about his work on stage and off with legendary players like Shiela E, John Lee Hooker, Miles Davis, and Carlos Santana.

"A roadmap is a colloquialism for chart, a way to say this is section A, this is section B, and it might be a groove, like this is the groove for section B, or these are the four or eight chords that happen here," Benny says, describing the charts he uses for rehearsal and performance. "Another kind of roadmap is if there's already consensus on what section A or B is, and everyone knows, then the roadmap would be: repeat section A four times, or section B twice. That kind of thing."

Some nights, we may be asked to do a myriad of new songs, all with one (or sometimes zero) soundcheck. So I'll make a little cheat sheet for myself, just to remind me of the basic grooves for each song or jam.

Of course, not every musician reads music the same way, and the instrumental parts aren't all as busy. "Sometimes I have to get a little clever, because if there's a lot of written material for some people, and almost none for some others, counting a bunch of rests, like the triangle player in an orchestra, that doesn't make sense for them, so literally on their parts I'll white out entire sections and have only the more salient things that they need to know, or I'll have a blank chart with some text."

Musical tradition in the last couple hundred years is that everyone reads, but I think this is a new era where people really are mixing up music, and there's a lot of hybridization.

Benny knows that many of the musicians he works with don't have classical training, so getting them on the same track means having flexibility in his notation program. "Singer-songwriters, for example, who don't really have that schooled music, might say I really want a cello. I'd like this cello line here. So you have a lot of examples of ensembles of mixed types of musicians, the oral tradition as opposed to the written tradition. So it's making for a great kind of—I love this—way to make the traditions easier, in any notation program."

The music notation software Benny uses is Sibelius Ultimate, for writing, arranging, and publishing music to be played by Santana and other musicians he works with, because it offers the flexibility to create various types of charts and individual parts. 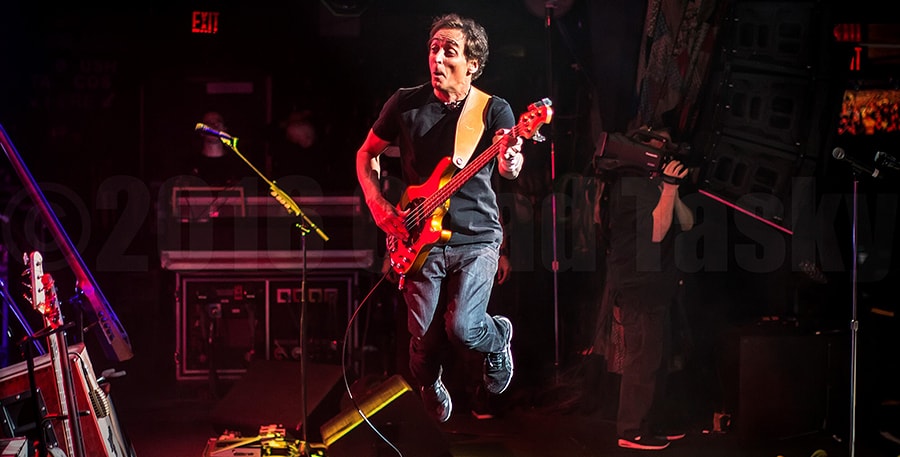 "We all love that kind of ethnic music. I've seen all kinds of different notation, from India and elsewhere, and that's part of what's going on. We're in the random access generation, everyone can hear music and instruments from every culture, and they say 'what's that weird instrument that sounds like a fretless acoustic guitar?' They find out what it is and they want that."

All of the players have virtuoso-level talent, but different skillsets when it comes to reading music. Benny relies on music notation features within Sibelius to provide a level of detail in his music for each band member. "The different levels of reading ability makes me more cognizant of using cue notes and lyrics where necessary, like, listen for this, then do that. Some of my charts have gotten really busy with all these little notations. Don't forget this part. Things that aren't notated."

People like musical references. Like, you can say the name of a drummer whose style you'd like to emulate, like a Tony Williams style. Thank God there's so many great text options in Sibelius and cueing options.

Musicianship goes beyond reading, and keeping everyone on track is only the most basic part of creating magic on stage. The secret, Benny says, is simple. "Whether someone can read or not doesn't speak to their level of musicianship, just their skillset. The thing that they all have in common, if it's successful, is that everyone is present and paying attention. In actual performance and the playing of their instrument, if they're really great at that, and they're present, you can do anything."

"The reader will be present in one way know what to play, and even the non-reader, if they're paying attention, then you're good to go. It's on whoever's leading a certain section to be able to cue, and point, and nod your head, and do whatever dance you've got to do. That would be a criterion, someone who's paying attention all the time." 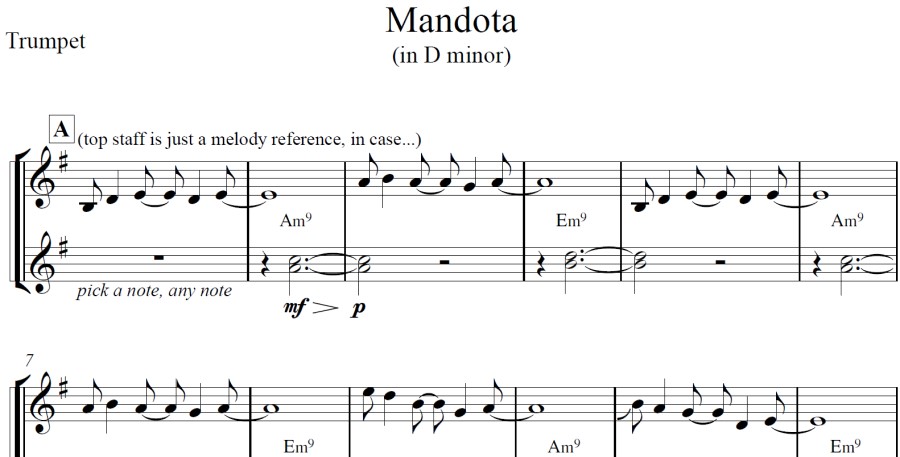 This example shows the range of reading skills in the band and the uncertainty that usually accompanies some arrangements. As a friend of mine put it, 'if we were Cirque Du Soleil, people would die.' I still like to have a little fun while making some of these charts.

They should be looking and listening too, especially in more improvisatory styles like this, where there's an open section, what are you gonna do with it? As long as everyone's basically awake and present, you can do anything.

That level of attention in rehearsal and on stage is the foundation, though there's still someone leading the performance. "Being present, usually everyone in the band will kind of know what's going on, they'll think, 'Yeah, this guy is really shredding.' For whoever's in charge, it's just a look, or one little hand motion."

What kinds of signals are used to direct the music? "There's nothing so specific like Frank Zappa used to have, like point to invisible dreadlocks for a reggae section. Our hand signals are pretty standard, like continue on, or a nod, or every now and then I'll count down, like two bars, one bar, next section. It works because everyone has that presence of mind."

Sometimes we'll be asked to put together some mini-epic, which will require a lot of cueing and last-minute changes onstage—called 'audibles', if you're into sports metaphors.

Benny was inspired to learn about music by listening, which led to mastery of the theories and structures, forming the foundation for his career. "I took piano lessons at age 6, and I didn't like them, because she mixed it with basic theory. I had to go home and write these circles in the staff lines, and these letters. It kinda killed it for me."

When I was ten, I discovered the Beatles, and I was off to the races. Because I just wanted to play all those songs on whatever instrument I could, and it happened to be a piano.

"So that's how it developed in my ear, and learned the basic construction set of music, minor chords, major chords, diminished, and augmented. I learned my first basslines from some of their stuff, and guitar, and all that, so that's how I got introduced."

Like many musicians who play a lot of instruments, Benny began to focus on one—the bass. "I played dances with my cousin and put together a rock band when we got into high school. Then I discovered prog rock and fusion. I played with more notable jazz artists in Hawaii, and when I moved to San Francisco I hooked up with Ray Obiedo, and Pete Escovedo, and toured with Sheila E, and then Miles Davis and Bonnie Hayes, another Bay area legend, and from that, Santana, and that's been that."

For the transcribing process, Benny relies on a simple, portable setup that makes it easy to travel as well as capture ideas quickly. "In my current setup, I'm using a Vox player. It's a real simple barebones audio player. I'll listen to a section and command-tab over to Sibelius | Ultimate with my Korg microKEY controller. I have two of them, one for my carry-on and one for my suitcase."

In Sibelius, I can record manually or use the keyboard, clean up that section, get the most salient melodic and rhythmic fragments, and then move things around, copy and paste, and fine-tune with phrase marks. I've got it down to where it's really simple and really fun.

Creating different types of charts for the players involves a lot of the traditional music elements for classically-trained players, something that Sibelius excels at. "It's been very helpful, especially for trombone, and in viola and cello. Those guys use multiple clefs, and people have different preferences. Some guys want to stay in bass clef and use octave above markings instead of ledger lines. And some guys don't mind changing from bass to tenor clef for the higher notes, or even treble clef. Sibelius is flexible enough to do that even in concert. It really makes it easy."

Santana is currently seen live at the House of Blues in Las Vegas, and in this video from 2016, you can see Benny driving the low end on the bass and directing through subtle cues. It's all part of the magic: