Two Avid VENUE | SC48 systems were chosen for the huge selection of integrated plugins available to match the sounds of the original studio recordings, as well as the seamless Pro Tools integration for archiving the show.

The stage at the historic Paramount Theatre in Austin, TX has been home to generations of legendary performances. Now it can add another historic show, featuring an ensemble of musical legends re-creating Big Star’s third album release, Third/Sister Lovers, to that long list. And to help ensure that the sound and spirit of the original recording pervaded, the team chose dual Avid VENUE | SC48 systems to run the show. 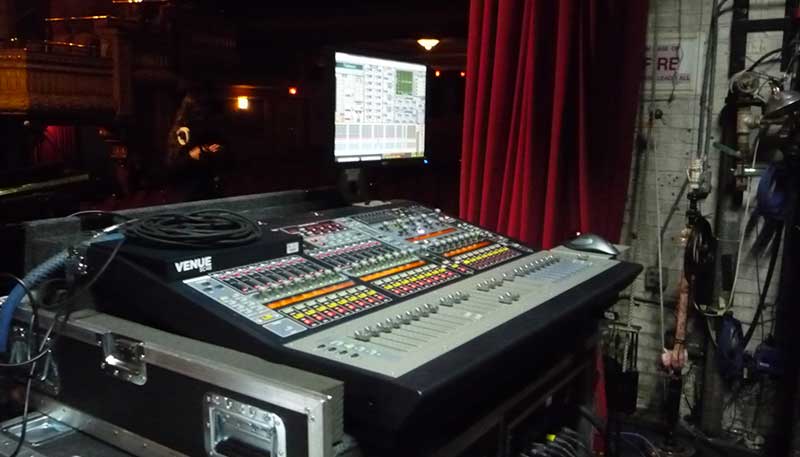 It took that many musicians—along with some advanced Avid innovation—to re-create the tracks on Third/Sister Lovers, an album that has been called one of the more influential in pop music. The release’s 19 tracks feature a bevy of studio tricks, including the use of a slapback delay on pianos, bus compression on drum tracks, and judicious use of the plate reverb found at Ardent Studios in Memphis, TN, where the album was recorded in 1974.

Front of house engineer Nick Pellicciotto (Lucinda Williams, Fugazi, Modest Mouse) was tasked with ensuring that the audience heard the performance as authentic to the original as possible, as well as recording the show for later release. To satisfy both demands, he turned to a pair of Avid VENUE systems—a Avid VENUE | SC48 Remote System at FOH and a VENUE SC48 console at the monitor position.

For Pellicciotto, matching all of the studio tricks that the band put on the album in a live setting was made easier with VENUE—especially because he was able to start programming the show before even setting foot in the theatre. This alone saved him hours of prep time on the day of the show. 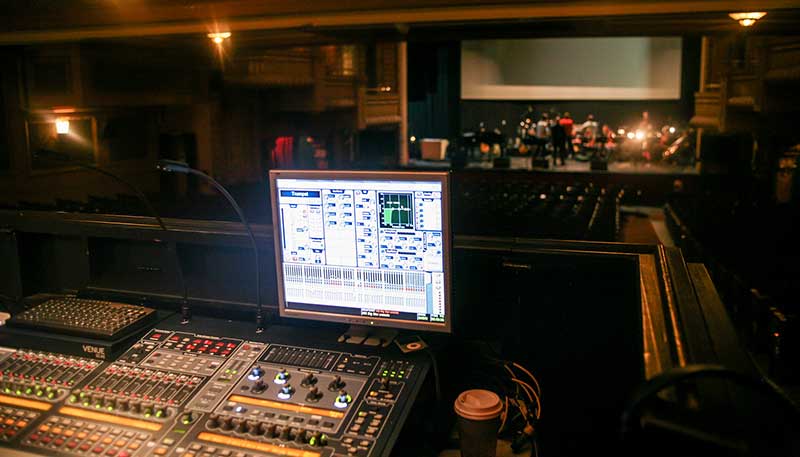 “I had the input list days before the show,” Pellicciotto explains, “so using the VENUE Standalone software, I was able to create a show file with all of the channel names for the Pro Tools session and the front-of-house console. The techs at the Paramount emailed me and explained how the PA is patched, so I was able to get all that set up, and I was able to preprogram some of my effects, since I have the same plugins on my Pro Tools system at home. I listened to the original album to hear the different effects, especially the reverb times that were used on the album, and matched it pretty closely.”

I was able to preprogram some of my effects, since I have the same plugins on my Pro Tools system at home. I listened to the original album to hear the different effects, especially the reverb times that were used on the album, and matched it pretty closely.

In fact, he says, all of that preproduction time and the plugins made it a better live mix. “With all of the plugins available to me, I was able to re-create the vintage effects much easier than if I had to use outboard processors,” he admits. “For instance, there is a lot of bus compression on the drum tracks on that album. I was able to bus the drum tracks to a sub-group and strap Smack! [an Avid compressor plugin] across the drum sub-mix. I also bussed all the individual drum channels to the left and right, then slowly brought up the drum sub-group with that crushing compression, and it gave me that cool, breathing, compressed drum sound that’s all over the record.

“Plus, you can set up lots of different effects sends, so you can have five different reverbs and delays, and you can preset those and have snapshots and recalls for each song. So, you can really tailor each song to the sound that you are trying to re-create from the record.”

Pellicciotto recorded the evening—for a potential live release—into Pro Tools running on a pair of Apple MacBook Pros through a FireWire connection built into SC48. He captured 32 channels of the band and vocalists at the FOH position. Another 18 channels—the orchestra and a couple of audience mics—were recorded on the rig at monitor world. Those tracks were recorded right off the mic-pres without any effects he used for the show, although he did record a stereo track of the FOH mix for reference. 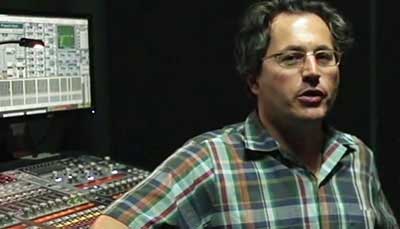 The two SC48 consoles were slaved together using Word Clock. “The idea was that whoever is going to be mixing [the show recording] it is going to have to sync the orchestra tracks to the main band tracks manually,” Pellicciotto says. “That’s not hard since both Pro Tools sessions shared the same Word Clock signal.”

After listening to the tracks while compiling them for the live album mixer and recalling the night, Pellicciotto remains impressed. “The fact that you can record 32 tracks down one FireWire cable into a consumer-level MacBook Pro and have it record for two and a half hours straight—with no errors or glitches—is cool,” he says. “The recording sounds great. And having the ability to configure the system with a combination of local and remote I/Os, and using Ethernet snakes [via Ethernet AVB] instead of multicore made the whole night easy. Plus, the fidelity and flexibility of VENUE made it sound better than we could have hoped.”