Fifteen years ago Chapman University’s Dodge College of Film and Media Arts was a small-yet-focused film and media arts program, catering to an enrollment of 200 students. Since then, the school has grown rapidly to become one of the most successful and best-equipped programs in the United States. In order to provide more than 1,400 students with in-depth professional training, the school partnered with Avid to create a cutting-edge learning environment featuring industry-standard technology workflows. As a result, Dodge College graduates enter the workforce with real-world experience—and are succeeding everywhere from DreamWorks Animation and Paramount Pictures, to Fox Sports and CNN.

At Dodge College, both students and faculty are passionate about storytelling. Whether students major in film, television, broadcast journalism, digital arts, or public relations and advertising, they receive a strong educational foundation designed to foster creativity and help them become master storytellers. “Every film student should have a broad vision of filmmaking, from the beginning to end,” states Michael Kowalski, professor, associate dean, and chief academic officer at Dodge College. “It’s a language, a practice, a culture; you have to understand these things to be able to contribute.” 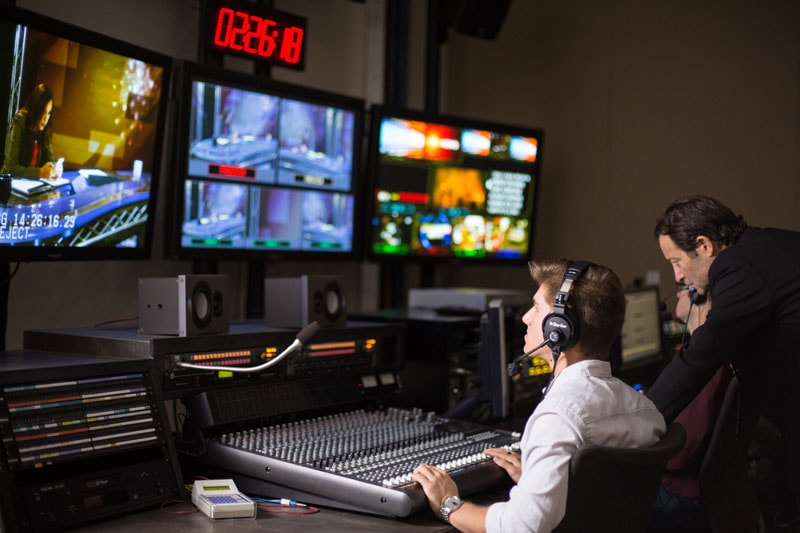 The faculty at Dodge College is an impressive group, with over 300 films to their credit—a film school record. These professors help students master the art of storytelling while providing an inside view of how the film and media industry works. “At Dodge College, students learn theory, aesthetics, and very specific skills they need to tell a story,” says Dean Robert Bassett, who has been with Chapman University since 1981. “They also learn on industry-standard tools. Avid has been a great partner in providing solutions for our growing number of students and ever-expanding network. As our needs evolve, Avid has constantly provided us with an array of solutions that reflect what’s being used in the industry.”

Avid has made an investment in education that’s unmatched in the industry, and we’re grateful for that.

Thanks to a strategic location in Orange County, California—literally down the road from Hollywood—students get to expand their network by rubbing shoulders with industry insiders. The school enjoys frequent visits from industry pros including major Hollywood directors, cinematographers, editors, screenwriters, digital artists, PR- and ad-executives, and others. Additionally, student films are screened each year for industry representatives at the Directors Guild of America (DGA) theaters in Los Angeles and New York City—offering students ample opportunities to land their dream gig. 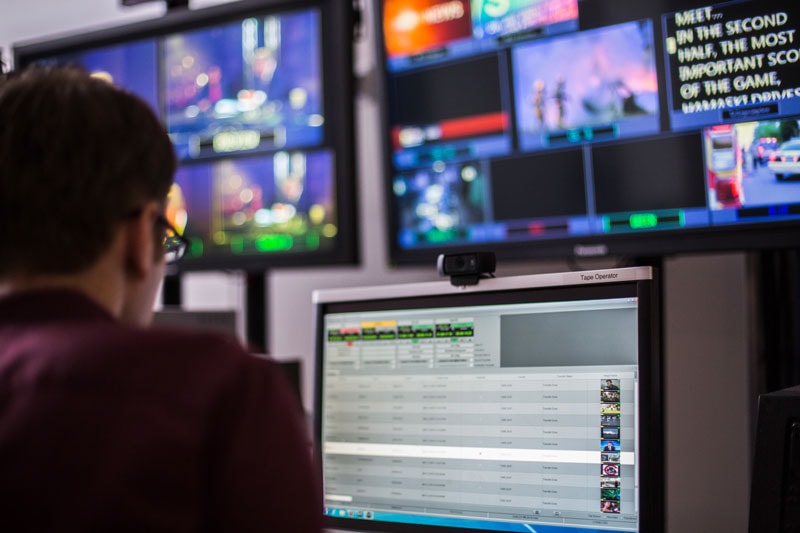 The highlight of the Dodge College campus is Marion Knott Studios, a fully functional 76,000-square-foot production facility whose capabilities are rivaled only by the top Hollywood studios. “We decided to build a world-class studio so students can use the tools and strategies for storytelling they will encounter when they enter the business,” says Bassett.

Available 24/7 to students, Marion Knott Studios features professional sound stages, state-of-the-art ARRI Alexa, Sony F65, and Red One cameras. The computer labs featuring industry-standard Media Composer, and Pro Tools software. Dan Leonard, who serves as professor, associate dean, and chief technological officer at Dodge College, helped design and equip the studio. “In many cases, the tools students work with at Chapman are better than those used in the industry,” he relates. “We wanted to put leading-edge tools in the hands of students and see what visions they come up with.”

“Avid has made an investment in education that’s unmatched in the industry, and we’re grateful for that,” continues Dan. “We keep our facilities up-to-date and encourage students to use the latest versions. Avid has made that possible for students by offering Media Composer for $295, including four years of complimentary upgrades. That helps them stay on top of the latest technology.”

Avid has constantly provided us with an array of solutions that reflect what’s being used in the industry.

The Marion Knott Studios' equipment list includes 150 Media Composer editing stations, 26 Artist series controllers (which can be moved between workspaces depending on project requirements), and 150 Pro Tools licenses. Kowalski, who teaches sound design courses at Dodge College, explains the importance of Pro Tools to the school’s curriculum: “In our sound design program, the only software platform we use is Pro Tools. That reflects the state of the industry. There is no other program—Pro Tools is dominant.”

When students graduate and enter the job world, collaboration is key. One of the tools that Dodge College uses to manage student projects and facilitate collaboration is the Avid ISIS with Interplay. “It’s the model students will be using when they start working professionally,” states Dan Leonard. “When you enter the industry, you need to collaborate with visual effects artists, editors, and others—often with a lot of money at stake. Using ISIS and Interplay prepares students for that workflow.”

Students in the Television, and Broadcast Journalism program at Dodge College help maintain and program Chapman University’s own channel, which is also broadcasted to the entire southern California area—the second largest media market in the US. Facilities include a 4-camera, state-of-the-art high definition television studio where students create weekly newscasts, documentaries, comedy and drama pilots, and more.

Pete Weitzner, a news industry veteran and director of the Broadcast Journalism Department, knows what it takes to be a great newsroom producer. “Producers need to understand the whole process from cradle to grave, including script writing, graphics production, and managing the media,” he explains. “Besides learning old-school skills like news judgment, how to stack a show, and how to write, Dodge College students master the industry-standard Avid newsroom workflows like the iNEWS Newsroom Control System, Interplay Central, iNEWS Command, AirSpeed, and Deko.

“There are many little things that go into a newscast,” he continues. “When students start to learn iNEWS they realize how relatively easy it can be to put together a program.” 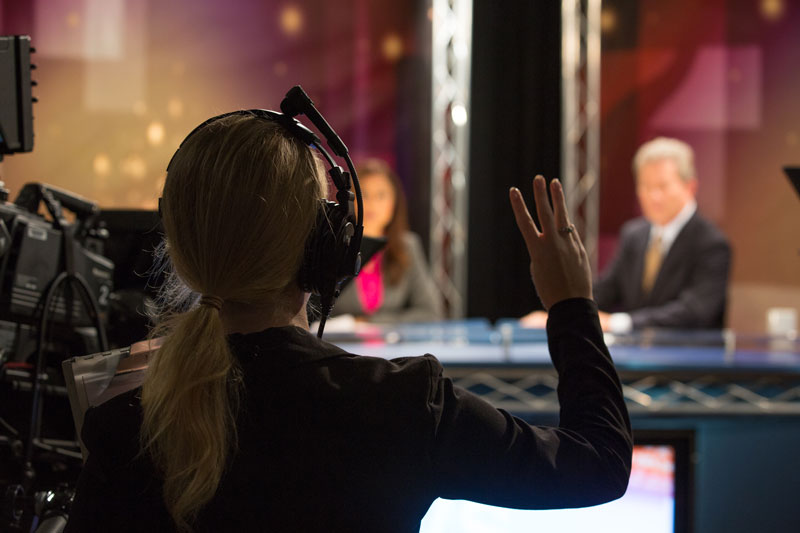 Dodge College is a certified Avid Learning Partner, offering students certification courses in Media Composer and Pro Tools. According to faculty members, the certifications have proven to be a worthwhile investment for students. “They really get a leg up by being certified along with the four-year degree,” says Dan Leonard, himself an Avid Certified Support Representative. “The program provides students with an important stamp of approval,” concurs Michael Kowalski. “If you’re competing against other graduates, the reality is an employer will pick the person with the certificate.”

When students start to learn iNews they realize how relatively easy it can be to put together a program.

No one appreciates the value of Dodge College’s program more than the school’s own students and alums. Senior film production major Emily Denker explains: “I chose Dodge because the facilities, work ethic, and creativity surrounding the school are unparalleled. Dodge offered the best facilities, state-of-the-art equipment, and everyone was excited about filmmaking.

"Learning Media Composer has been a big help in looking for internships and jobs for the future,” she relates. “When you say you know Avid, their eyes light up.”