Mixing for Impact: How Khalidâs FOH Engineer Meets His Bandâs Creative Needs for Every Show

CJ Blair was searching for a flexible, time-saving console to meet his bandâs fast-changing creative needs while performing on tour.

Like many live sound engineers, CJ Blair began his mixing career in a small studio. But it was when he started touring that he discovered his true calling. “I fell in love with live sound because of the fast pace and the quick results,” he recalls. “I love that whether the mix sounds good or bad, you walk away from it every night, and you start fresh again the next day. It’s not like mixing in the studio, where it has to live on forever.”

Blair gained valuable experience doing small tours, where, he notes, “There's usually less crew involved, and you have to be a jack of all trades and know a little bit about everything.” This breadth of experience has paid dividends over the past three years, as he has served as both production manager and front-of-house engineer for Grammy-nominated artist Khalid. 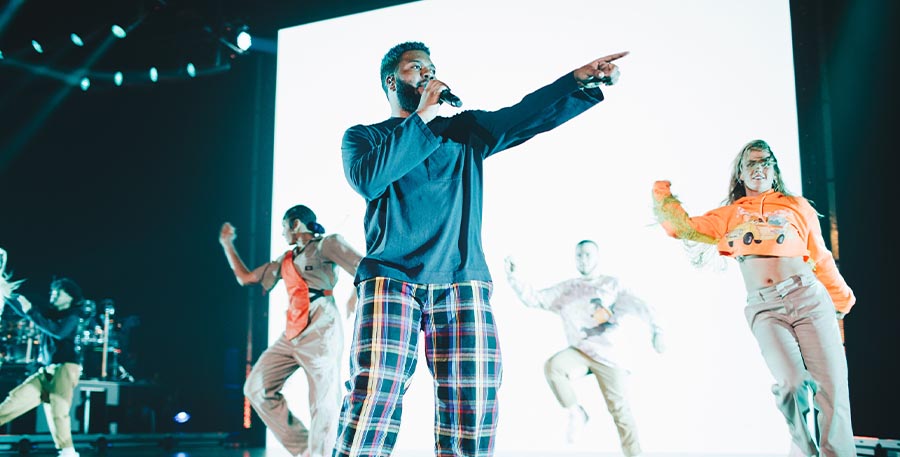 Khalid and the need for rapid creative evolution

Khalid’s live arrangements intentionally don’t replicate his recordings, and the arrangements can change over the course of a tour. “Khalid has a great band, and he likes to showcase that in his arrangements,” Blair relates. “He wants the live arrangement to have a different kind of impact than the record. He comes up with an arrangement by rewriting in real time during rehearsal, and I take a lot of those stems and sounds and mix them into our tracks. It's ever changing; three months from now, it'll be a completely different version. That keeps it fun and creative and interesting. Everybody has to stay focused and ready for things to change.”

It was a night and day difference between the S6L and the console we were touring with. The S6L just sounds better.

The search for a flexible, time-saving console

To pull this off night after night, Blair sought a very flexible console that sounded great without requiring a lot of adjustments. He found the solution in 2018 when he mixed on the Avid VENUE | S6L at the Clockenflap festival in Hong Kong. “It was a night and day difference between the S6L and the console we were touring with,” he muses. “The S6L just sounds better. The preamps have so much more usable midrange than any of the competition. I found myself EQ’ing way less. You turn up the head amp, and a kick drum sounds like a kick drum, and a bass guitar sounds like a bass guitar. You’re almost just filtering at that point. Engineers using other consoles have to carve out so much to make something sound usable. But since the S6L sounds the way it’s supposed to out of the gate, like an analog console, I can just tweak minor things instead of trying to completely shape a sound. In a high-pressure situation, it will save you a lot of time. That’s what really attracted me to it.” 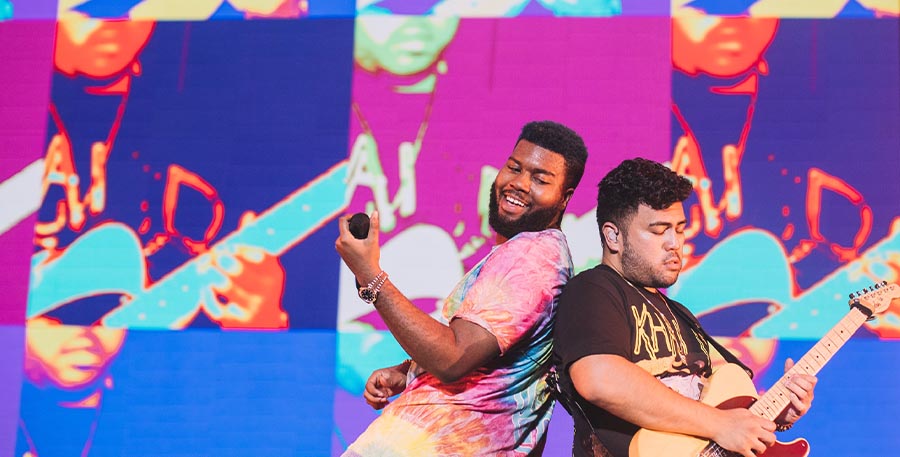 The VENUE | S6L’s workflow is another time-saver. “I think the S6L is the easiest console to work on, whether routing things quickly, or activating and deactivating plug-ins and inserts,” he observes. “Everything's right in front of you. It works like an analog console, it's laid out like an analog console, and it sounds like one, which is what everybody wants. And I love the way plug-ins integrate with the S6L; it’s super easy to load, especially if I’m jumping on a rental for the day. You don't have a lot of time to set up and soundcheck at a festival, so anywhere you can shave seconds off matters.”

Since the S6L sounds the way it’s supposed to out of the gate, like an analog console, I can just tweak minor things instead of trying to completely shape a sound. In a high-pressure situation, it will save you a lot of time. That’s what really attracted me to it.

Mixing for clarity and impact

When mixing, Blair strives for clarity and impact. “Every show should be hard hitting,” he insists. “The kick drum should hit you in the chest, and the vocal should be blowing over your head. Impact is more important than volume.” Achieving that in every venue requires a willingness to adjust. “I rely heavily on snapshots,” Blair notes, “and I recently started using timecode so things trigger off a bar of playback the same way lighting does. That way I can start the song on a consistent basis. But I’ll always move and tweak things throughout the song. I’m not afraid to abandon the snapshots, which I’ve done at festivals when the PA’s just not working with the mix; I’ll just hang on one snapshot and fly through the rest of the show that way.” 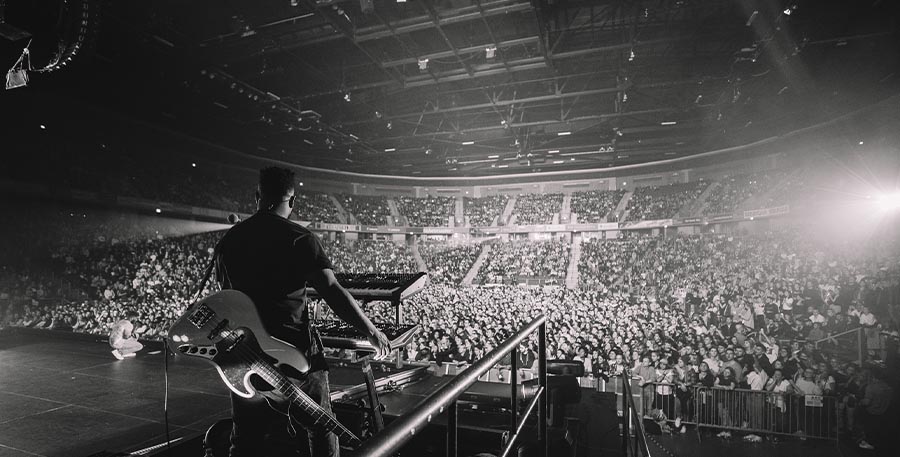 At Khalid’s shows, Blair gets many compliments, but he takes them with humility. “Our drummer’s an animal and smashes the hell out of the drums, and the biggest thing I get asked is whether the drums are triggered,” he reports. “But if someone tells me the toms sounded awesome, the only thing I can think of is that the gate wasn't opening the way that I wanted it to. I think about how can I continue to get better. You need to be humble and be quick in this business because things change quickly, and someone's coming to take your place.”

The Avid VENUE | S6L has layout functions that are more programmable than a lot of other consoles, so I don’t have to think as much and can feel it out. That makes mixing more fun. If I’m excited about mixing a show, hopefully that translates to the audience.

Although touring as both production manager and FOH engineer is a lot of work, Blair loves what he does, and he appreciates tools that make the job easier and more enjoyable.

“The AVID VENUE | S6L has layout functions that are more programmable than a lot of other consoles, so I don't have to think as much and can feel it out,” Blair offers. “That makes mixing more fun. If I'm excited about mixing a show, hopefully that translates to the audience. And the S6L just sounds better. I've heard everything out there. Why wouldn't you use a console that sounds the best?”


Fun Facts
• Favorite Khalid song to mix live: Better
• Band on the mixer’s dream list: Fleetwood Mac, any line-up
• Biggest starstruck moment: In a catering queue with Dave Grohl and Taylor Hawkins
• Advice to the next generation: Be humble, and learn quickly