Editing is part of the storytelling process that draws from and coordinates with everyone on the production team, including writers, directors, cinematographers, and performers. Editors need tools that enhance their ability to deliver the story quickly, to enable richer collaboration.

Media Composer | Ultimate provides the editing tools and features that can be used by team members in every capacity, whether reviewing footage, setting up projects, coordinating with remote staff, rewriting scenes, or driving the entire production as a writer, editor, and director.

Darth Vader is perhaps one of the most complex and interesting characters in all of fiction. Since the moment he arrived, generations of fans have pondered his mysterious backstory and watched as Lucasfilm filled in the blanks with prequels and animated series. They imagined new tales of galactic struggle about the conflicted Sith Lord, within the Star Wars universe and beyond.

As fan-fiction expands its acceptance across every genre, fans debate what is legitimate and what is nonsense. The concept of canon is debated; 'Mary Sues' are derided; rebooted timelines are devised. Occasionally, an author validates a story, the equivalent in fan-fiction of receiving a knighthood. The closest one can ever get to that in film, especially in a franchise with decades of tales owned by a major studio, is for the rightsholder to allow the piece to be shared online—sans advertising. Talented writer, director, and film editor Danny Ramirez is one of many fans who have brought their ideas about Darth Vader to life. He wrote, directed, and edited Vader Episode 1: Shards of the Past, a cinema-quality episodic film published for viewers to consider, debate, and regard as worthy.

Regarding smaller projects—I wish more smaller projects would use Avid because it's so fast—you can do stuff with one button that would take multiple mouse clicks with anything else.

"This project's inception came as a result of a cold email", said Ramirez. "The owner of Star Wars Theory, the most popular YouTube channel dedicated to Star Wars ruminations with more than 1.5 million subscribers, announced he wanted to do a fan film about Vader. So I sent him an email saying that I went to USC—where George Lucas went—and that Simon Crane, who was the 2nd Unit Director on Rogue One, was my mentor. That got his attention, and that's how the whole process started."

Ramirez wrote the story in collaboration with Toos, the owner of Star Wars Theory, and then "to help us turn it into a screenplay, we brought in Nicolaj Wejp-Olsen, a fellow USC friend and incredible writer, and the three of us began working on the script."

The story hinges on the early days of the Galactic Empire, while Vader continues to pursue Order 66 for Darth Sidious. "The story follows Vader's arc from the end of Episode 3 until we see him in Rogue One. How Vader goes from someone who was manipulated to someone who can kill without remorse." This is one of the wide-open gaps in the canon, ripe for filling in with tales of Vader's internal drama, his hunt for surviving Jedi and of course, lightsaber battles. "It's an easy effect," Ramirez says about the lightsabers, "just time-consuming." 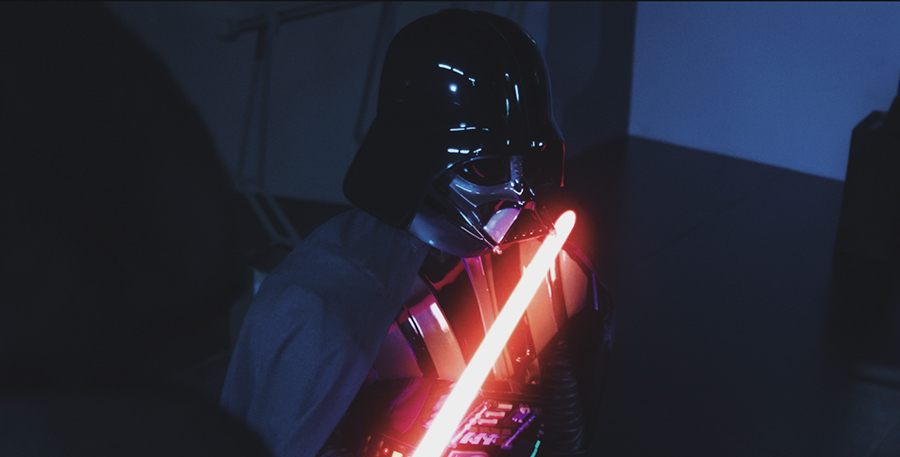 "I always wanted to do a Star Wars film. For me as a fan, I asked myself, why does Vader keep serving Sidious when this guy blatantly lied to him about saving Padme? Why would Vader stick around? What anger would he have towards Sidious? I felt it would be an interesting topic to explore."

Ramirez's Vader is richly developed as a character, exploring the limits of his own power, suffering from the loss of Padme, and simmering over the Emperor's betrayal. He is the terrifying and cunning dark lord we see in the animated series Star Wars: Rebels and the film Rogue One. Because Ramirez wrote, directed and edited the YouTube film, he was deeply involved in the entire process. "Between the first draft and the finished product, they're very different. It's satisfying being a writer, director, and editor because you see things that don't work, you make adjustments, film it, and you make further adjustments in post. Usually they're minor, but sometimes they're significant." 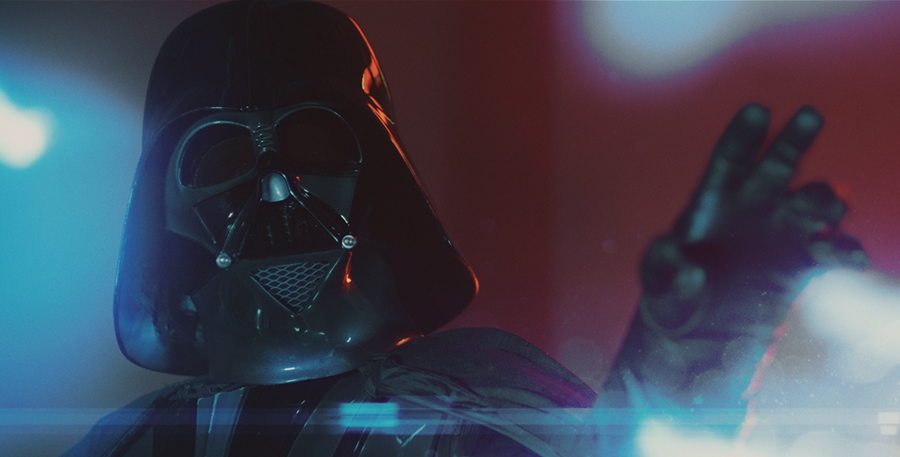 I strongly believe that if you're the director, you should not be the sole editor of the film because having a second set of unbiased eyes is super important.

Ramirez describes how one impactful scene in the episode was the result of an in-production rewrite. "One of the biggest rewrites was the scene between Padme and Vader, with their hug, and her eyes turning yellow to signify that Palpatine would always have control over Vader as long as he wouldn't let go of his past. I realized we needed a moment between the two characters, not just telling the audience he misses Padme. We actually needed to feel it being ripped out of his hands and feel his inability to let go. Among all the fantasy and escapism of Star Wars, I felt this was the one moment when we as the audience could relate to Vader as a person because we can all relate to heartbreak, loss, and regret."

Despite the first installment being relatively short (16 minutes), the care and patience taken to produce the story doesn't change. Ramirez is engaged in a number of projects as a writer and director, as well as assistant editor on feature films like Wonder Park, and uses Avid Media Composer as his non-linear video editing software.

"My dad is an editor. We had an Avid in our house. I had just directed my first feature film as a freshman in college—the kind of film made for $700 and shot on weekends. It was a great learning experience for me. After the first assembly, I announced my film was done! My dad said, 'Well, let's take a look at it.' After the screening, he said, 'Great job son, now let's get to work on it.' We switched from another editing software to the Avid and I've never looked back since then. I absolutely love Avid. We spent the rest of my summer editing the film. It was then I learned the art and power of editing and re-editing. Being able to squeeze and glean every emotion and strength out of the material. The Avid allowed us to do it quickly and effectively." 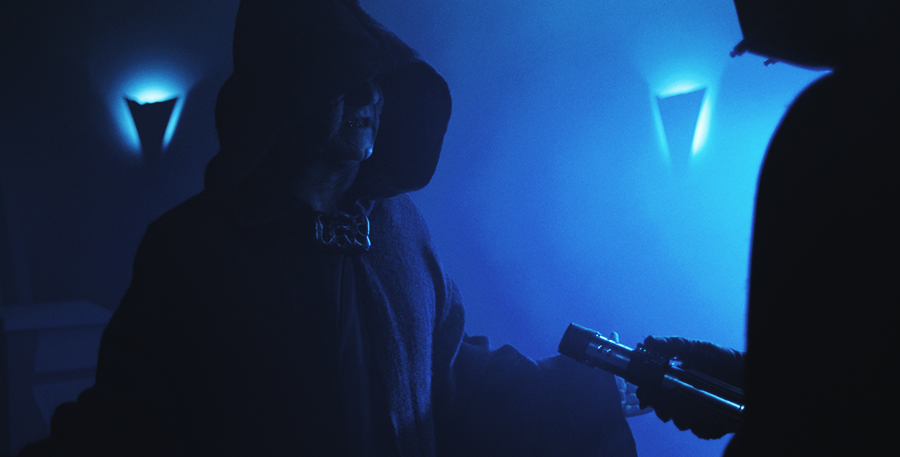 "From there I worked as an editor for a few years doing narratives, docs, and everything in between, and then I went to USC, got a master's, and studied directing there because I wanted to tell my own stories."

The video editing workflow is a critical part of storytelling, not only because it is where the final version of the story comes together, Ramirez points out, but because of the lessons it offers. "I've shadowed a number of directors and almost all of them say that editing is one of the best artistic preparations for directing because it teaches you pacing, camera work, and performance." 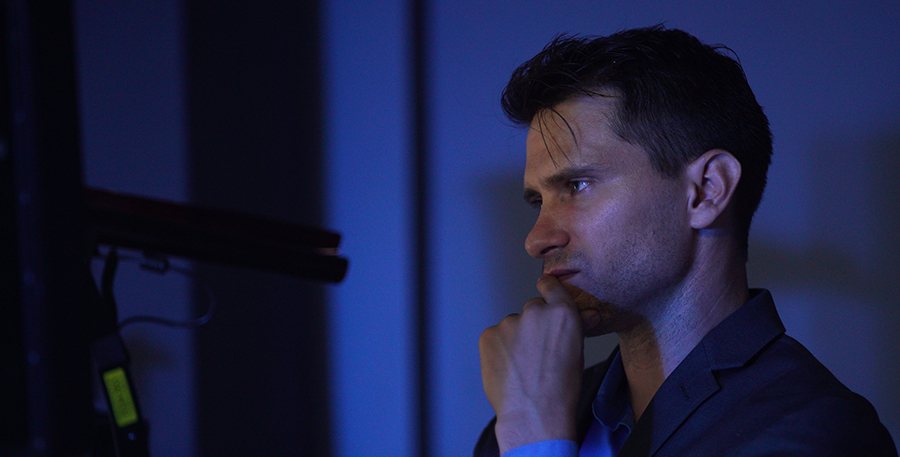 "My editing background is one of the biggest things that helps me as a director. Some directors get attached to their footage. They know it took 7 hours to get a setup, but an editor just sees if it works for the story or not. When a creative idea comes along it's easy for me to say, 'Let's pursue it and see if it works.' It's satisfying to discover opportunities when you're immersed in the material. When it works, the audience isn't going to care about the process to get it onto the screen, they just care about the results. A famous editor once said, 'Editing is the last rewrite.'"

As an editor, you just want to tell the best story possible. So I try to have that mindset. I think it's just become ingrained in me.

The care given to scoring, editing audio in Pro Tools, mixing, filming with Arri Alexa, and creating special effects is something every professional storyteller adheres to on projects no matter what kind of audience they attract. While Vader doesn't have Lucasfilm's enormous production crew, it does boast a large and talented team that worked hard to produce this episode, which has more than 8.5 million views since it was published on December 21. 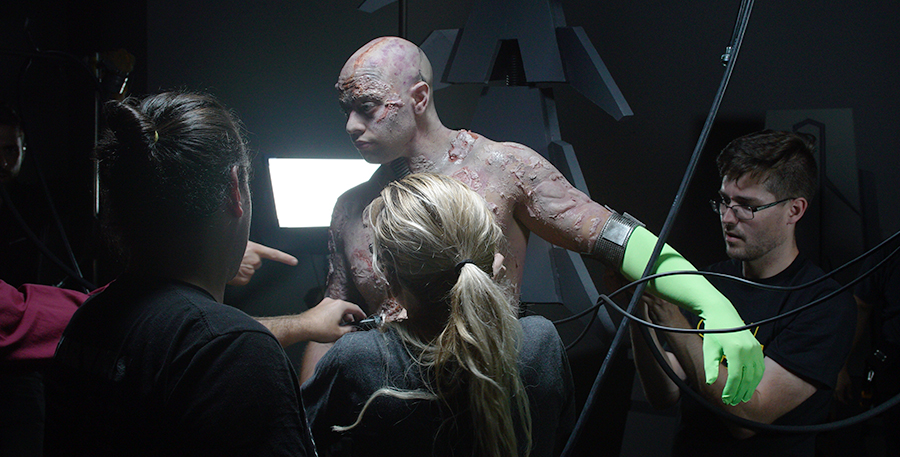 "We filmed for three and a half days with one camera—a pretty quick shoot. We shot at the end of September, so we had almost three months for the entire post process. We edited the first scene first, which had the majority of the visual effects, and got those to VFX and then went on to the other scenes."

The assistant editor, Hammad Hassan, was not physically with me, but luckily with Avid and just sharing bins it still made it a pretty easy process to go back and forth when we needed to.

The ability to use the top professional video editing tools for editing a movie is pretty important to the quality of the outcome, but ultimately an editor needs the vision, talent, mastery of the editing platform, and of course, sharp writing, conscientious direction, and brilliant performances. Vader has all of these attributes, as well as masterful special effects using Avid Media Composer as well as After Effects, Nuke, and Maya for other effects. 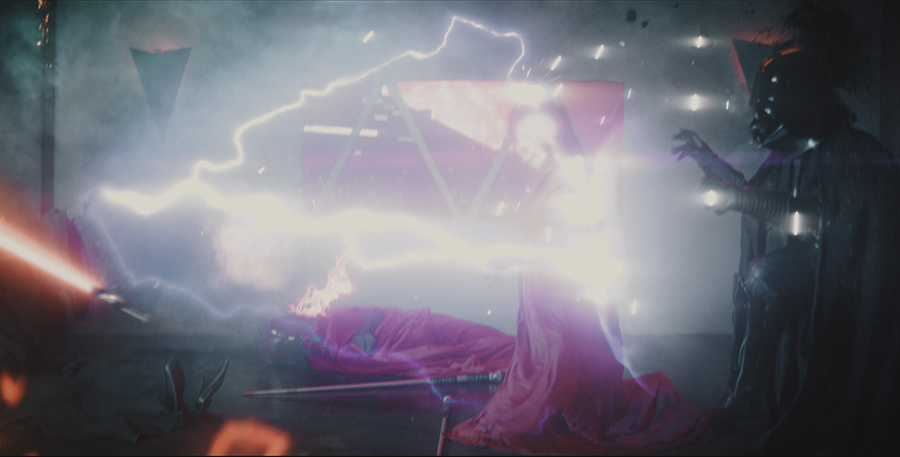 "When we had to export for VFX we exported DPX out of Avid and used the cloud to send it to the effects artists. We were editing with proxies, using HD Alexa files, but it's a simple process to just link it all back up it was nice."

The Avid made it simple for doing visual effects, both final VFX and temp VFX, to get the point across to the effects artist so they know the exact timing and what's needed within the shots.

One other element cannot be overlooked in the enduring success of the Star Wars franchise: The music. John Williams' iconic composition style and heraldic fanfares are as integral to bringing the epic adventure to life as the lightsaber's whoosh and hum.

"John Williams' music is such an important element of the Star Wars emotion so our composer Jacob A. Cadmus and additional composer J. Scott Rakozy actively tried to match his style and emotions in their own compositions to help the audience feel what Vader was feeling." 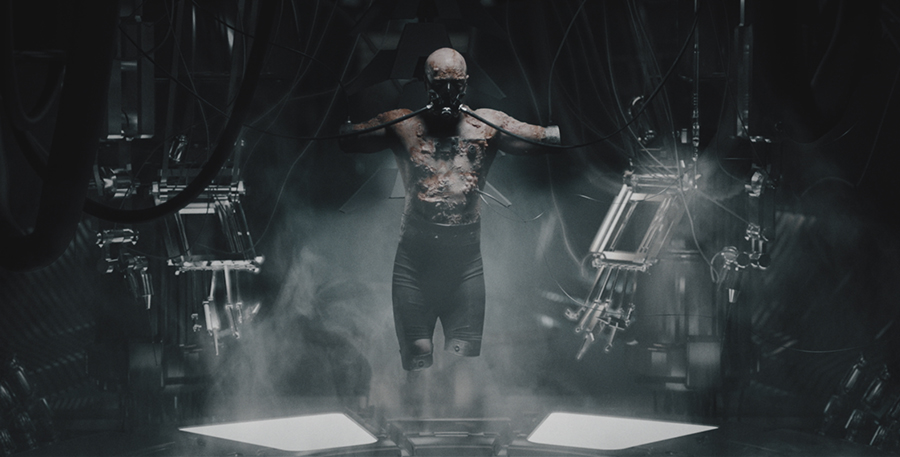 Bringing individual ideas to a well-known franchise like Star Wars will always be a challenge, in the creation of the story as well as pleasing an audience. Even the canonical films attract disagreement about every bend in the story arc. There's a reason so many comedic takes on Vader and other Star Wars characters exist; to tackle a serious and dramatic storyline within the canon takes a measure of bravery.

"If we only do a miniseries with two more episodes, that would complete Vader's initial arc that we have. But because Vader is such a deep character, there are plenty of other stories beyond this initial story. It’s great that people can actually want to see our work and we don’t have to knock down doors just to get a screening in a theater somewhere." 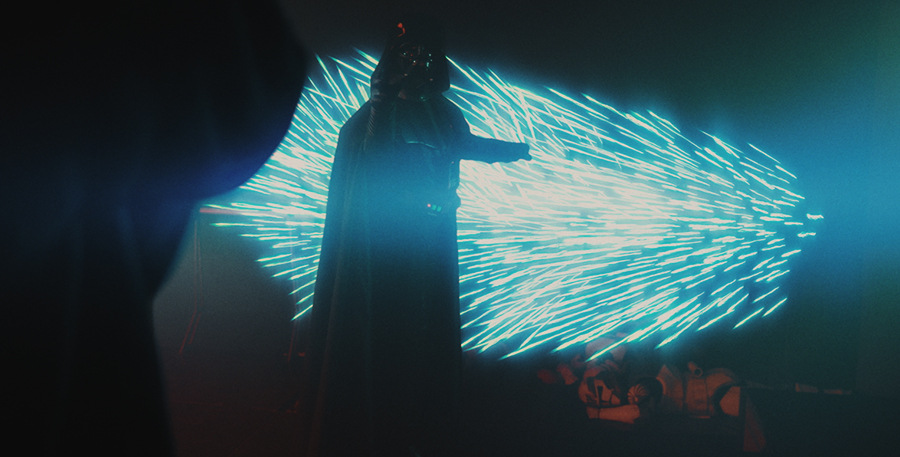 Twelve years ago this simply wouldn't have been able to be done. We have effects available now that the original trilogy didn't have, and the technology has made it possible to make a film even without the backing of a studio. It's just such a fun time to be around.

Success in visual storytelling takes talent, focus, and daring, and Danny Ramirez brings all of these to bear. Whether in fan-created Internet films or studio-backed blockbusters, every story deserves to be taken seriously.