Provide an easy way for audio professionals to integrate Dolby Atmos into projects without changing workflows.

Avid worked with Dolby to integrate Dolby Atmos directly into the Pro Tools workflow as an AAX plugin.

"When you introduce a new sound format like Dolby Atmos, it is essential that you make the tools as simple as possible to enable sound experts the creative freedom to place sound anywhere,” explains David Gould, senior product manager at Dolby. “Dolby understands the needs and preferences of all stakeholders in the cinema industry, and rapid adoption of Dolby Atmos stems from our ability to deliver a solution that is compatible with Pro Tools and Apple products used by content creators around the globe.” 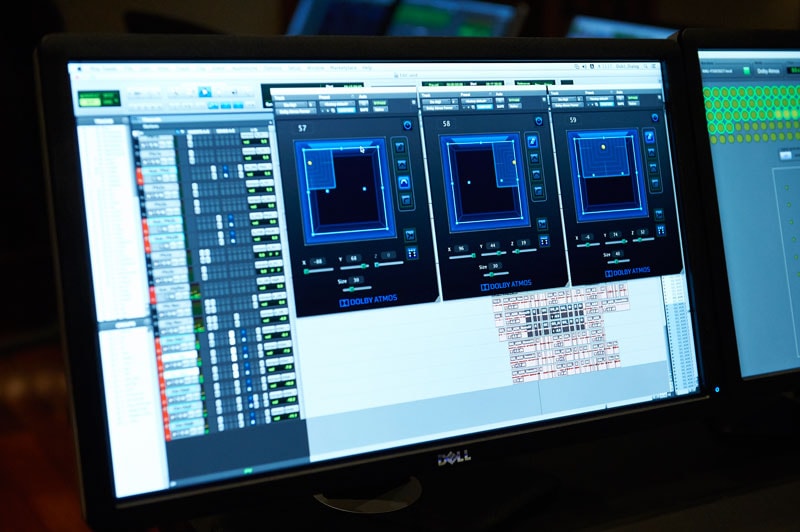 Designers can interface with the Dolby Atmos system from within Pro Tools, so they’re staying within a workflow with which they’re familiar.

The Dolby Atmos Panner plugin works in concert with Pro Tools and Dolby’s outboard Rendering and Mastering Unit (RMU), which provides the rendering engine for the mix stage, plus tools for room configuration, management, and print mastering. Audio mixers can simply access the Panner in Pro Tools, take control of up to 128 simultaneous audio objects, and creatively place and move sound everywhere. 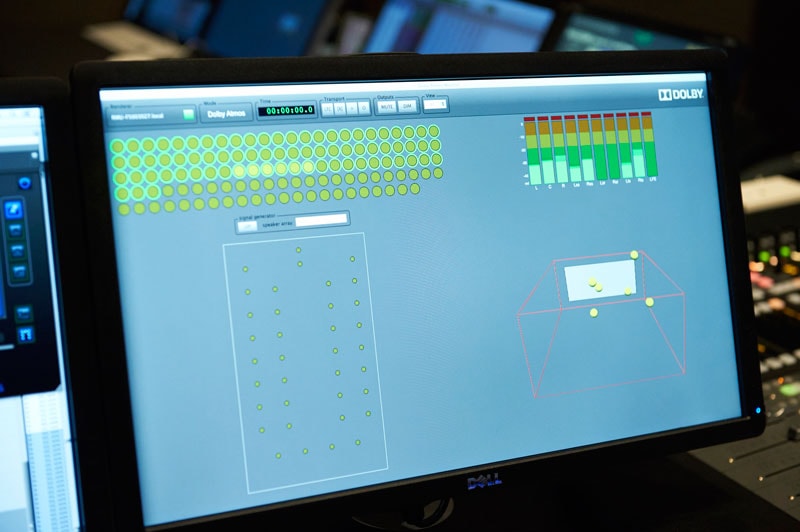 “Designers can interface with the Dolby Atmos system from within Pro Tools, so they’re staying within a workflow with which they’re familiar,” Gould stresses. “There are discrete outputs from Pro Tools into the Dolby RMU. The plugin interface talks to the RMU via direct network connection. All the panning work takes place via the plugin.”

In addition, the RMU can drive up to 64 discrete speaker feeds, enabling unprecedented sound placement control and movement anywhere in the movie theater—not just wherever there happens to be speakers. For post houses with Pro Tools 11, audio mixers can record and automate audio stems simultaneously—on the same channel—using the Dolby Atmos Panner, saving tons of time. 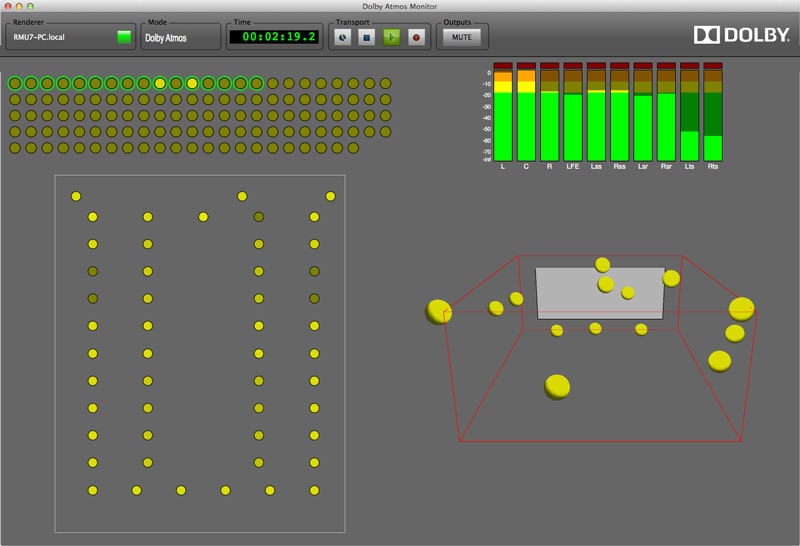 The efficient workflow, seamless interoperation, and dynamic audio experience have paid off big time for filmmakers and audio pros. In the short time since its introduction, Dolby Atmos has been used on some of the highest profile films of the past several years. Within one year of launch, over 40 titles globally have featured or will be released with Dolby Atmos sound. In addition, approximately 200 screens globally have installed Dolby Atmos systems worldwide, with many more expected.

“Brave from Disney-Pixar was the first movie to use Dolby Atmos,” Gould recalls, “and that was mixed by multiple Academy Award-winner Gary Rydstrom and multiple Academy Award-nominated Will Files on an Avid D-Control console at Skywalker Sound. Taken 2 followed Brave and was mixed on an Avid System 5 with Pro Tools | HD. Life of Pi and Chasing Mavericks were next andmixed at Fox on ICON D-Control surfaces in the Zanuck theater.”

In addition to these films, there are currently over 20 post-production facilities around the globe equipped with the Pro Tools/Dolby Atmos workflow—including Park Road Post, Warner Bros, Technicolor at Paramount, Pinewood Studios, and Todd-AO—with more expected to offer this new level of surround sound soon.