To manage tighter production schedules, a growing 4K workload, and the companyâs expansion across multiple locations, ENVY needed to upgrade and expand its storage capabilities

A key member of Avid’s preeminent client community, ENVY is one of the leading post-production providers for the British broadcasting and advertising industries. It has built a solid reputation for delivering award-winning projects for media giants like the BBC, ITV, Channel4 and Discovery, and world-leading advertising agencies.

ENVY consists of two main divisions. Its broadcast division creates long-form content for television, including some of the most-watched programs in the country—shows like The Voice, Top Gear, Grand Designs and Gogglebox. Its advertising arm delivers short-form branded content and commercials for big-name brands like Adidas, Sky and McDonalds.

ENVY operates a multi-site operation with facilities located in London’s trendy Noho area. The company has relied on Avid solutions from the outset, and its highly collaborative, around-the-clock environment is based on the MediaCentral Platform, the industry’s most open, tightly integrated and efficient platform designed for media.

In recent years, ENVY has seen its workload expand at an astronomical rate, with growing client demand for tighter turnaround times, disruptive ideas, and state-of-the-art media technology. The company has also added a new production facility for its advertising clients.

To address the influx of larger, more complex projects across its busy post network and take its workflow to the next level of efficiency, ENVY needed to expand its existing Avid shared storage infrastructure. But it also needed to ensure that the integration of a new storage system wouldn’t affect its high standards of work and clients relations.

To meet these needs, ENVY decided to invest in the Avid NEXIS software-defined storage platform, and worked closely with Avid to integrate it across all of its London sites and ensure a smooth transition. Jai Cave, Head of Operations at ENVY, oversees the technical aspects of the company’s workflow and explains the logic behind the investment.

“We recently opened a new building housing all of our advertising production and implementing Avid was no question for us,” he says. “From the word go, we’ve always relied on Avid and the MediaCentral Platform to provide us with the very best post workflow solutions. We have a solid relationship with Avid and their constant development of products and tools gives us the very best brand security. Their extensive support network also sets them apart from other providers.” 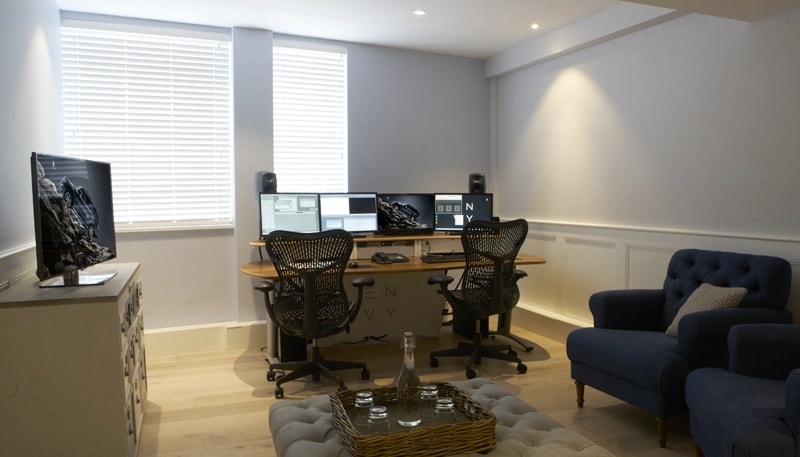 With its reliable performance and more media streams per storage engine, Avid NEXIS enables ENVY to complete even the most editing-intensive projects faster. The company has already seen improved project turnaround, with Avid NEXIS helping it to deliver both on time and on budget. Avid NEXIS empowers every contributor across the production chain—from video editing and finishing to sound editorial and mixing.

“Production companies require a one-stop solution to offload the entire post process to one facility,” says Cave. “Backed by Avid NEXIS, our offering ensures that we can deliver everything from the offline edit, right through to the finished master. We don’t want to burden customers with any kind of technical delay, and Avid NEXIS shared storage has seamlessly tied together our entire network of over 200 Media Composer and Symphony suites.”

“The day-to-day reliability of Media Composer and Avid NEXIS’ shared project functionality really adds something that’s beyond other systems out there,” says Cave. “We can share media so easily, and the confidence in our workflow gives us total peace of mind. With Avid NEXIS, we also have the ability to grow any of our storage systems with little notice, which is vital to our evolving business model.”

For a fast-growing facility like ENVY, preparing for the future is an important factor in its technology investment decisions.

“Our goal is to ensure our customers receive the very best turnaround to meet demanding production and transmission schedules,” says Cave. “Our continued investment in Avid’s MediaCentral Platform and all of its powerful creative tools and workflow solutions provides us with a scalable, secure and flexible production and delivery environment that will also future-proof us for when we need to meet another significant increase in demand.”

Gogglebox: Putting a fast-turnaround workflow to the test

ENVY is renowned for its fast-turnaround and professional delivery for some of the most-watched content on television, including Channel 4’s BAFTA-winning reality show Gogglebox, which features a week in the life of the UK’s most dedicated TV-watchers. ENVY has edited the show—now in its ninth series—since its inception in 2013. Over the years, ENVY has had to evolve and adapt to meet several post-production challenges related to scheduling, structure, and production specifications as the show has grown in popularity.

Production company Studio Lambert produces two series of Gogglebox a year, with each series consisting of between 12 and 17 episodes. The programme is shot in five locations across the UK, resulting in around 50 hours of rushes per shoot. The editors at ENVY work natively, cutting the show in full resolution with a weekly shoot-to-TV turnaround.

Gogglebox is managed on a larger production scale compared to other projects at ENVY. The show’s non-episodic filming schedule and episodic delivery requires a consistent and collaborative effort from a talented team at ENVY working round-the-clock on the Avid platform. Avid’s shared storage and creative tools play a critical role in supporting Gogglebox’s unique post-production schedule and workflow.

ENVY’s editors use Media Composer to edit, grade and mix the show, working right up until its Friday night transmission slot—sometimes mastering the show just hours before it hits the screen. In addition, all the voiceovers are recorded on the day of broadcast. The performance and efficiency of Avid’s solutions are vital to turning the show around in such a short space of time.