eTown Brings Music to the Masses

eTown chose an Avid VENUE | SC48 Remote System at front of house for its sound quality, flexibility, and seamless integration with Pro Tools.

When it comes to eTown Hall in Boulder, CO, what you see is literally a small percentage of what you get. The facility is home to a performance space, recording/editing suites, full recording studio, and a café—but eTown’s reach is much larger. The weekly-recorded eTown, which has been broadcast on NPR for the past 21 years, delivers a blend of inspiring musical performances and socially conscious messages to fans across the country. 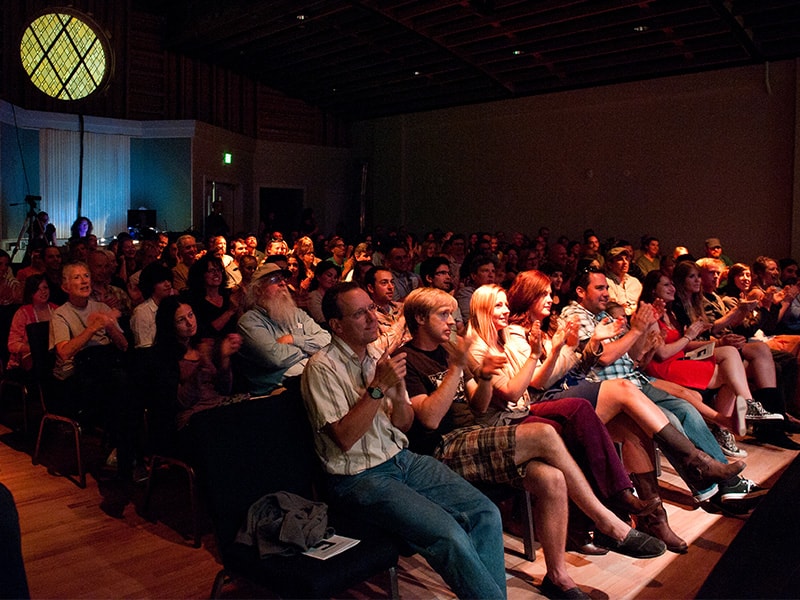 The show is carried by roughly 300 NPR or commercial stations, downloaded via podcast approximately 30,000 times each week, and seen live by a weekly audience of 200. When it came time to implement a new live sound system at the facility, eTown needed a compact console with amazing audio quality that could also be used to mix and record the weekly live music radio show. eTown selected the Avid VENUE | SC48 Remote System for its studio quality sound, versatility, and seamless integration with Pro Tools.

A system for serious musicians and dedicated fans

Sam Berkow at SIA Acoustics serves as the facility’s acoustical, technical, and sound systems designer. As a longtime fan of eTown, he knew that the new solar powered music and media center had to sound perfect. Berkow and team chose the SC48 Remote System to serve as the hall’s backbone.

The Avid team was incredibly helpful in helping us figure out how to do these types of live recordings.

“That choice was a no-brainer,” Berkow says. “It’s a great sounding console that provides tremendous flexibility, has a small footprint at front of house, has recall ability, plugin capability, and it has an amazing array of ways in which it helps you to pull extra mixes right to Pro Tools."

Berkow explains that it was important for his team to select a system that delivers amazing sound quality for the performers and live audiences, as well as the broadcast audiences that were listening in later.

“eTown gets a lot of virtuoso musicians to appear like Taj Mahal, Los Lobos, Bill Frisell, Bela Fleck, David Grisman, and James Taylor,” Berkow explains. “It’s a who’s who of serious musicians, and we had to make sure the sound system lived up to their performances.”

The case for Avid SC48 Remote

It was also important for Berkow to make sure their console of choice would be able to keep up with the facility’s high-end Alcons Audio ribbon-based loudspeaker system.

“The transient response of those speakers is extreme and they’re very accurate—particularly in the mid-high frequencies,” Berkow explains. “We had to find a console that had good pre-amps, a mix bus that wasn’t going to overload, and it had to provide pristine audio. We looked at the Profile System, of course, but we didn’t need its extended capabilities or the number of channels and busses. The SC48 Remote provides exactly what we need.”

In fact, the SC48 Remote System provides an additional feature that’s crucial for recording eTown. “There tends to be a lot of high-quality microphones in use at eTown—a lot of ribbon mics and large-format condensers,” Berkow says. “Having the stage box closer to them eliminates long cable runs and doesn’t load the mics down as much.” 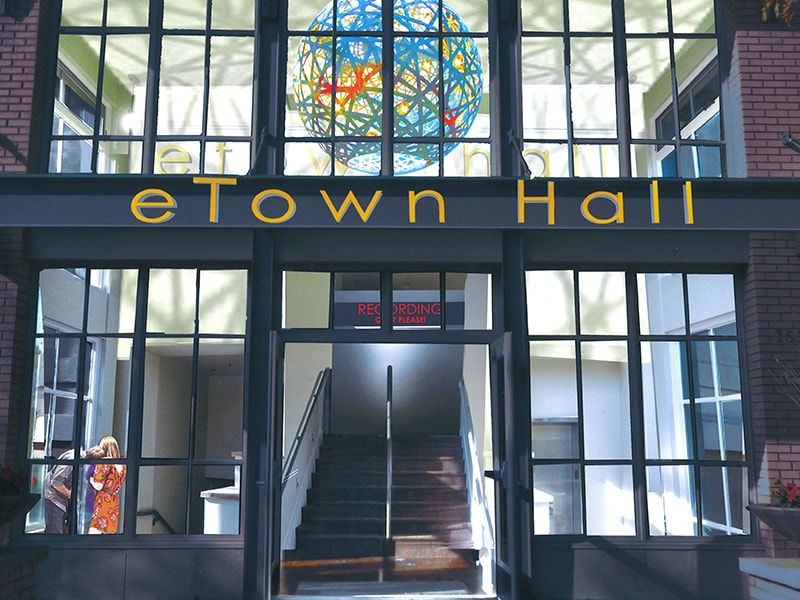 Finding the balance between artist and audience

The audio crew spent a fair amount of time experimenting with how much I/O to place at the stage, how much to have at front of house, and how to create a mix that was dynamic for a live recording. Ultimately, they found the perfect formula.

“I showed them (legendary sound engineer) Don Pearson’s technique where he would take the left and right mix out of the console and delay it to two audience mics aimed at the stacks,” Berkow says. “He would mix them together once they were time aligned.” This is the technique they now use to strike the perfect recording balance between the performers and the audience.

Berkow says that the SC48 Remote System made this a snap to create. “You can take two aux busses, left and right—a stereo aux bus—and send it to two matrixes, left and right. Then you take a second set of aux busses and run your channels to them and delay them for your left [and] right. The Avid team was incredibly helpful in helping us figure out how to do these types of live recordings, which are great as reference recordings, or for events that are not for broadcast to archive a mix. You get the benefit of hearing an audience.”

The benefits of technology and sound innovation

FOH engineer Karen Shaviv, who’s been with eTown for eight years, is responsible for bringing the show to life for the in-house audience “The SC48 helps because after everything has been patched, I can sit down with the console and organize it so that it works for me,” Shaviv says. “There’s a lot of performers coming and going during the show, so to be able to organize ahead of time is pretty awesome. I can make pages or groups, or I can soft patch it to my heart’s delight.”

Shaviv also created a VENUE show file for the show’s hosts, Nick and Helen Forster, as well as the house band. “I’ve got individual channel strips on a USB stick and that’s been really useful, because I know that the host vocals and drum kit are going to remain the same in that room each time. That enables me to be consistent from show to show, which is important for eTown.”

The SC48 also provides consistent sound quality. “It’s transparent,” says Shaviv. “In a room where every single detail has been so thought out—right down to the last piece of wood in the last baffle—there’s no way we were going to compromise with the console.”

For Nick Forster, the new eTown Hall and the collection of technology therein is an amazing switch from the show’s early days. “Our very first shows were recorded on two-inch 24-track machines, with a mobile recording truck outside the Boulder Theater,” Forster explains.

“The SC48 has become an industry standard,” Forster says. “It sounds good and it’s a sensible choice for us. There will be technical advances and innovations, but the fact is that we have a very powerful tool now for where we are and where we can go with the integration of Pro Tools. It makes for seamless transitions and it provides for a lots of expandability as we grow with the technology.”