The inaugural European Championships needed a state-of-the-art broadcast graphics solution to captivate an international TV audience of more than a billion viewers and build a unique identity of its own.
Maestro | Designer and Avidâs underlying HDVG rendering platform helped immerse viewers at the heart of the sporting action and manifest the eventâs visual brand through engaging 3D graphics. 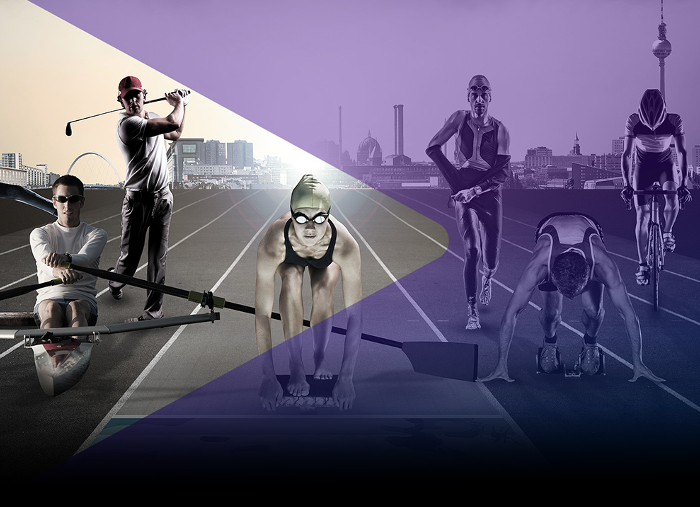 It goes without saying that launching a new, televised multi-sport event hosts a range of inherent challenges. From establishing an authentic visual identity in the competitive live-sports landscape to creating an enticing TV viewing experience that engages viewers worldwide, the inaugural European Championships needed to exceed all expectations and deliver an unforgettable tournament for its summer debut. A collaborative effort between the Glasgow 2018 European Championships, the European Broadcasting Union (EBU), and Avid did exactly that.

Over an 11-day period beginning August 2nd of 2018, 4,500 elite European athletes from 52 participating countries competed in a range of sports in the bustling cities of Glasgow, UK, and Berlin, GE. Glasgow hosted the aquatics, cycling, golf, gymnastics, rowing and the triathlon competitions and Berlin became the home of the European Athletics Championships. Instead of staging separate Championships for each of the seven sports, the European Championships uniquely identifies them all under one brand—bringing them together to celebrate the continent’s leading sports and sporting talent.

You can see by working with Avid that they understand what needs to be done for this type of event to meet a range of demanding yet unique needs.

To embody the vast diversity sport' offers, and generate the same euphoric buzz as the world’s biggest sporting events—both in viewer' homes, and at the venues—the European Championships adopted the most advanced technology to seamlessly manage, brand, and deliver live coverage of the sporting action. As the Official Broadcast Graphics Platform Supporter of the European Championships, Avid provided its leading broadcast graphics solutions to bring unrivaled visual storytelling capabilities to the event’s coverage and branding. The addition of Avid’s cutting-edge graphics tools enabled the Championships to capture the true spirit of each individual sport while ensuring a consistent and unified brand across the board. 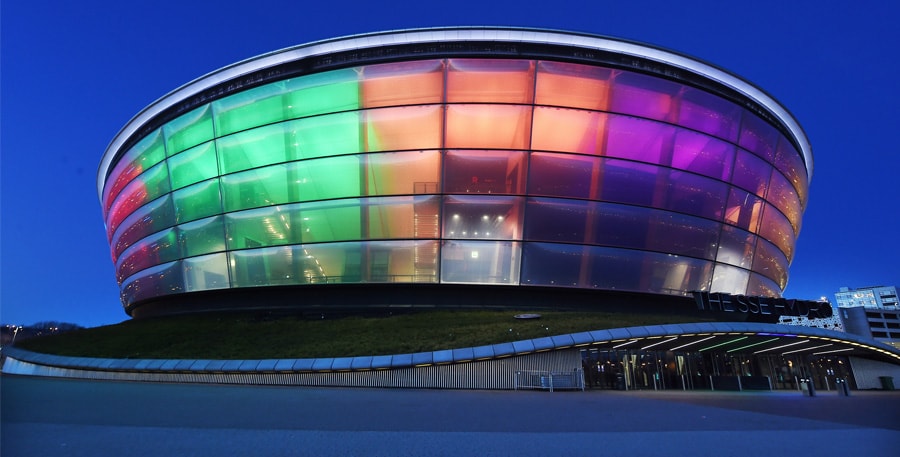 “We needed a graphics partner that could bring our new brand to life on TV, and deliver a graphics platform that offers rich and consistent 3D design capabilities,” said Paul Bristow, Director of the European Championships Management (ECM); the management company behind the event. “Avid provided exactly that. Not only is the technology flexible and adaptable, but the people at Avid have been fantastic. It has been a very challenging project, and Avid have adapted to all the twists and turns along the way.”

By utilizing Maestro | Designer’s robust and flexible engine, the European Championships were able to design customized user interfaces to accommodate specific needs of each sports' discipline, remaining highly reactive to the action as it unfolded. Martin Fitchie, Head of Technology Services at ECM added, “A lot of the graphics we required are quite complex and bespoke, but we were confident that our Avid graphics' platform would be able to produce visuals for any of the sports we were dealing with. Each sport has its own vivid color package and it’s great to see them come to life. Avid was able to interpret our branding concept and successfully translate it into onscreen graphics that stood out and delivered our brand message of being an innovative multi-sport Championships.” 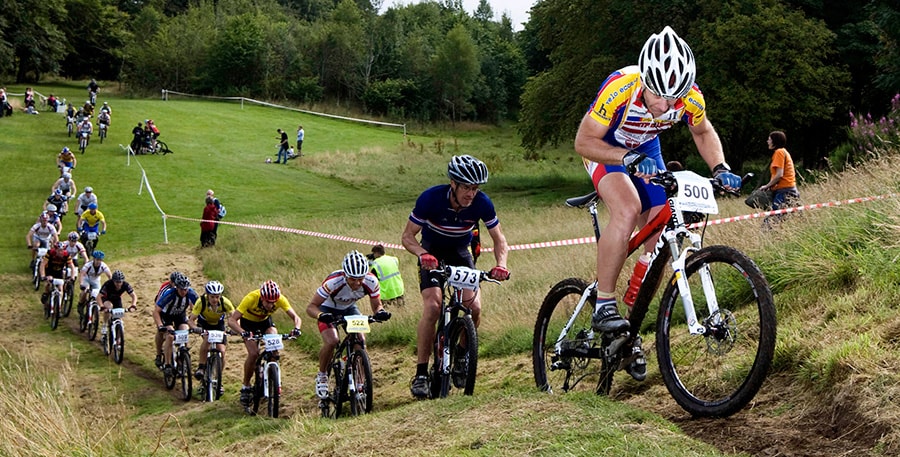 With the average audience across ten-key European markets (France, Germany, Hungary, Italy, Netherlands, Poland, Spain, Sweden, Switzerland, and United Kingdom) totaling 20 million viewers on the closing Sunday, and  44 free-to-air global broadcasters and partners covering the event, there was no room for error. For the European Championships, it was essential to quickly turnaround results from the finish line to the delivery of onscreen graphics, so viewers remained up-to-date and engaged. Maestro | Designer enabled the Championships production team to efficiently interface, and display clocking and scoring data, as well as historic data from archives. It was a collaborative effort between Avid, and the Championships’ timing, scoring, and results provider who together established real-time integration with the events' different timing and clocking systems interfaced to the official European Championship database.

We received a very positive reaction to broadcasting comprehensive coverage, and it is excellent to see the major broadcasters making that investment. These figures emphasize the importance of perfecting our visual brand and consolidating our visual identity.

“With Avid and our other technology partners, you could say that we built a broadcast technology service in a similar way to what we see in the software world, in terms of innovation and agility,” said Frank Choqard at the EBU. “The European Championships were challenged with choosing an integrated platform which allowed them to visualize data, and then adapt and enrich graphical content with this data in a live environment. Avid Maestro | Designer created hundreds of pre-produced graphics templates and made them available to different communities and stakeholders; so they can publish content in their own way and still remain consistent with the European Championships' branding. Together we redefined the future of live-sports coverage, and we’re excited to see where it goes next.”

“Thanks to Avid’s ability to collaborate with a large number of different stakeholders and demanding client groups, we were able to pull together something that is amazing,” added Cathy Chapman, Senior Technology and Broadcast Manager at Glasgow 2018. “We don’t know what the future holds, but we’ve built up a strong relationship with our partners who have a real enthusiasm to take this forward into the future.”

Avid’s extensive experience, supporting its preeminent customer community at high-profile sporting events such as NBC’s Olympic Games, Fox Sports’ Super Bowl Championships, and the Chinese National Games, was utilized in helping the European Championships consolidate its brand-identity as one of the world’s top-sporting events within the intensely competitive sports-media landscape. “You can see by working with Avid that they understand what needs to be done for this type of event to meet a range of demanding yet unique needs,” said Fitchie.

From venue to millions of screens across the continent, coverage of the European Championships attracted high-level demand, exposure, and viewership. With the initial proposal asking broadcasters to commit three hours per weekday and five hours on weekends, broadcasters opted for comprehensive coverage of the entire event which is effectively 10 hours a day from the start to finish.

Across the 11-day event, viewers stayed tuned in for more than 567 million hours total—the equivalent of each citizen in the ten-key European markets watching over 1.5 hours of coverage on average. To put it further into perspective, UK national broadcaster, the BBC, provided extensive daily coverage of the European Championships—achieving 20M viewers, with a peak of 6.4M on TV, and 2.9M online program requests from its OTT platform, the BBC iPlayer.

“We received a very positive reaction to broadcasting comprehensive coverage, and it is excellent to see the major broadcasters making that investment,” said Bristow. “These figures emphasize the importance of perfecting our visual brand and consolidating our visual identity.”