Bringing to life the complex, intertwined personal stories behind the fast-paced, emotionally charged film Everest, while dealing with huge volumes of footage and recreating the sounds of one of the world’s most hostile environments.

Baltasar Kormákur’s Everest depicts the catastrophic events of the 1996 mountain disaster, following two doomed expeditions to the summit of the world’s highest mountain. The climbers face near-impossible obstacles to survive, trapped in the ‘Death Zone’ of Everest—25,000 feet up in the highest altitudes of the mountain—by one of the most ferocious snowstorms ever known to man. 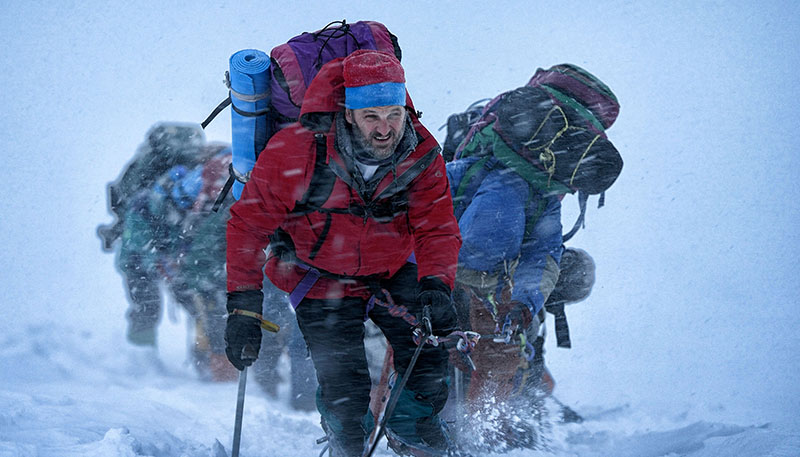 To help them overcome these challenges, Audsley and Freemantle embraced Avid Everywhere, relying on the Avid Artist Suite and Storage Suite solutions powered by the Avid MediaCentral Platform.

Mick Audsley’s decision to cut Everest on the industry’s preeminent editing solution, Avid Media Composer, was unquestionable. A self-proclaimed Avid veteran, Audsley’s reliance on Media Composer began 12 years ago when he cut Mona Lisa Smile. “Avid is the industry standard for a reasonXXXit’s the best! Media Composer does everything I need it to, and more. I can view material, string different pieces together, and envision a scene very quickly from raw material—it’s very liberating,” said Audsley.

His first time working with director Kormákur, Audsley spent nearly a year working on Everest. The team spent three and a half months in Iceland, the director’s home country, for the director’s cut period. “A lot of people know the bones of these stories since they’ve been presented in books written by survivors of the disaster. But you have to keep the audience in your grip and that needs deftness, and a speed of storytelling. It’s a balance between setting up strong, individual stories and honoring what we know of the truth,” Audsley explains.

Everest was shot over 18 weeks in the foothills of the mountain in Nepal and at various locations across the Italian Alps. Famous soundstages were used for some of the most iconic locations on the mountain: the Everest Base Camp was recreated at Cinecitta Studios in Rome, and at Pinewood Studios in the UK, gallons of salt were used to simulate the bleak summit and highest ridges of Everest.

Avid is the industry standard for a reason—it’s the best! Media Composer does everything I need it to, and more. I can view material, string different pieces together, and envision a scene very quickly from raw material—it’s very liberating.

Audsley had to rely on imagination and huge leaps of faith, in both sound and pictorial terms, for a long part of the cutting process. With much of the movie filmed on green screen, material had to be committed to plates some time before the team even saw the finished backgrounds. “It didn’t look like the finished version for most of the production,” he said. “The extra visual layers in Media Composer allowed for temporary VFX, giving us some idea of a background to make it easier to tell the story.” 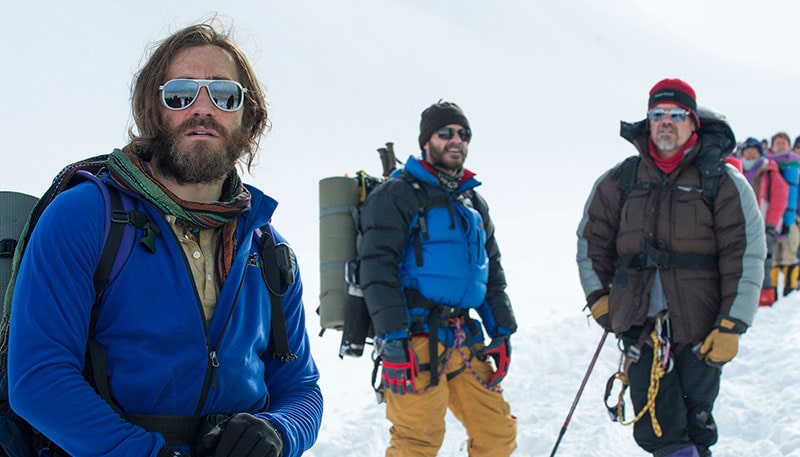 Whilst cutting during shooting in Italy and Pinewood, Audsely’s team were, on average, receiving five or six hours of mixed footage daily. A typical set-up would consist of the editor and his two assistants, who would receive, log and send content to bins to work with across three Media Composer systems. Avid ISIS shared storage facilitated real-time collaboration between the editorial team. “ISIS shared storage was wonderful. We went back to basics on the Everest edit, drilling down to the real nuts and bolts of cutting a movie, and Avid’s extensive collaboration features allowed us to access the material we needed, whenever we needed, quickly and efficiently,” he adds.

As the story was based on the tragic events of the 1996 alpine disaster, audience endurance was debated at length. “When editing something based on the truth, it’s a factor that you have to remind yourself of daily. If you depart from the facts, you have to understand why and decide whether it’s the most beneficial route for the film. Sometimes the lines of the truth do have to be smudged, as literal fact isn’t always the best direction for a movie. It’s about combining the different narratives in the most effective way,” Audsley remarked.

After discussions and in house screenings with a few friends and colleagues, a preview screening without completed VFX was held in Sherman Oaks, near Los Angeles, California in January 2015. “That was where we started to get a sense of how the climbers’ intertwined survival stories of life and death played out as one to an audience. It really gave the entire team, including Balt, an insight into how it affected people. Description versus narrative is critical in a film like Everest to honor the truth of the stories of both the victims and survivors. Hopefully that’s the vision that’s replicated in the final edit,” he explained.

Recreating the sounds of the mountain

Sound designer and supervising sound editor Glenn Freemantle and his team faced a wide range of challenges to perfect the sounds of Everest. Working with the industry-standard audio production solution, Avid Pro Tools, combined with an Avid Avid S6 control surface, they established the perfect workflow to conquer the sound of Everest. 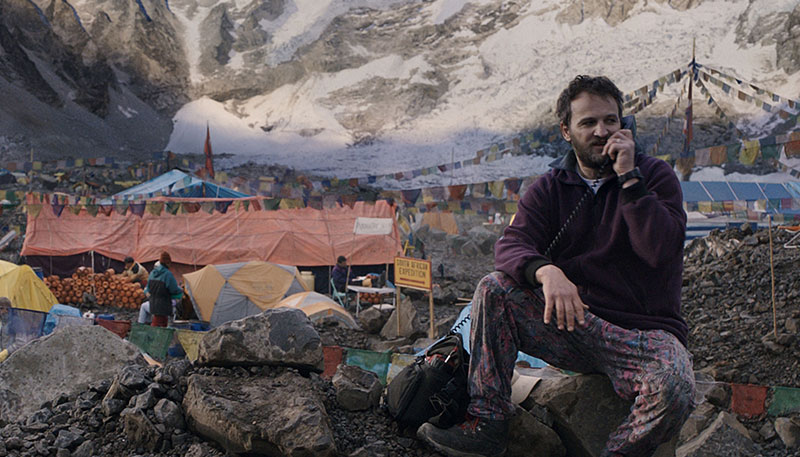 “As Mick said, we needed to make this story as real to life as possible, but using natural elements to build a soundscape for a two-hour movie is a big challenge. It was all about keeping it simple. We followed our design concept and made some tough choices along the way, always conscious not to play with too many ingredients in the mix,” says Freemantle.

To understand the real sounds and atmosphere on Mount Everest, the team set up microphone systems over 18,000 feet up at Base Camp to capture the sound effects that the unpredictable climate inflicts on its surroundings. “Similar to our sound design for 127 hours, we went to the extreme of recording for 24 hours a day to really get a feel for the nuances of the place. It gave us a real reference point to begin working from,” adds Freemantle. Unfortunately, this recording period was cut short when the mountain was shut down in April 2015 after a catastrophic avalanche triggered by an earthquake in Nepal killed 19 climbers.

Freemantle reflected on the tough decisions made across the storytelling process that affected the sound of the film. “We completely redesigned the whole soundtrack, and re-recorded about 98% of the dialogue. The actors in the ADR studios took re-recording to a new level. Using weight belts around their chests, repeating sets of press ups with weights, and even recording on the floor, they replicated the climbers’ physical exhaustion. It was quite something,” he recalls.

The sound team had access to the real radio recordings from the events on Everest on May 10, 1996, giving another emotional dimension to the film’s compelling sound design. “These radio messages were really hard to listen to and very emotional. We made every attempt to replicate the original radio recording in the movie, but eventually we felt that these weren’t communicating the characters and their personal stories to the audience,” explains Freemantle. “In the final mix, we went with a much more straightforward approach that suited Kormákur’s filmmaking style.” 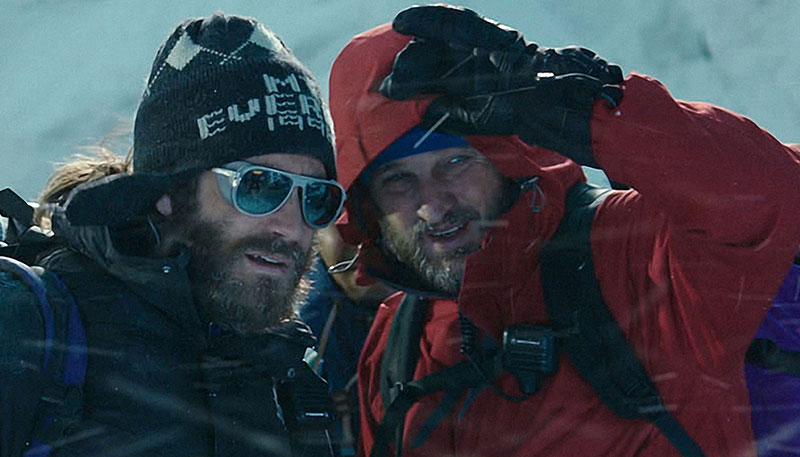 Sound Design Editor Niv Adiri recalls how essential it was to bring the audience to the heart of the action. “For close ups, it was essential to make viewers feel the pain that the people in this terrifying ordeal were going through, and it took us countless hours to perfect the various levels of snow spray. To build a portfolio of effects that would make the film sound as real as possible, we froze jackets, and shipped in real snow and large blocks of ice to so that we could mimic these somewhat overlooked noises.”

Adiri continued, “There’s actually a 20-minute section of the movie with no music as the overpowering, thunderous storm takes over and knocks you off your feet. We had to build the right levels of intensity throughout the storm, and with multiple deaths, we still had to be in contact with the characters in this bleak and desperate situation.”

Dubbing used to be restrictive—we used to go through it in a straight line, and a certain order, and there was always a limited expectation. Pro Tools has removed those limitations and allows full creative freedom and collaboration across the industry.

Sound Re-recording Mixer Ian Tapp adds: “Dubbing used to be restrictive—we used to go through it in a straight line, and a certain order, and there was always a limited expectation. Pro Tools has removed those limitations and allows full creative freedom and collaboration across the industry.”

“From an editorial point of view, it’s very much been a team effort,” said Audsley. “Media Composer allows us to collaborate on a level that I could never have imagined. It’s an honor to have worked on this film, and with Balt, and hopefully we’ve done all that we can to honor the truth of these captivating, and very real stories.”

Media Composer allows us to collaborate on a level that I could never have imagined.

“We treated Everest differently to other projects,” added Freemantle. “We used intricate sounds to make audiences feel exactly what the doomed climbers were experiencing, like they’re there on the mountain with them. We strived to create dynamics throughout the film, to portray the true human emotion of this horrific ordeal, and to ensure the right sensibilities and sentiments are created with the right sounds. Watching Everest should make people feel uncomfortable and intimidated. The huge soundscape really makes viewers feel the film. It’s an exhausting film to watch: it’s real people deteriorating and dying in a completely alien environment that’s bigger than any of us can begin to imagine.”