Replace SD equipment and infrastructure; move away from an inflexible, decentralized workflow.

Turkish multi-sports organisation Fenerbahçe Sports Club was founded as a football club in Istanbul in 1907, and remains one of the most successful in Turkey. It began broadcasting sports content on its own satellite TV channel Fenerbahçe TV in 2004, with an eclectic schedule of home grown teams competing in a variety of sports, including basketball, volleyball, and swimming.

What started as a small operation producing a few hours of content each week has since increased its output to a daily range of rich content for both TV and the web, including highlights packages, player interviews and match analyses. As the volume of media production significantly increased, the original production system became insufficient to meet today’s standards and content demands. 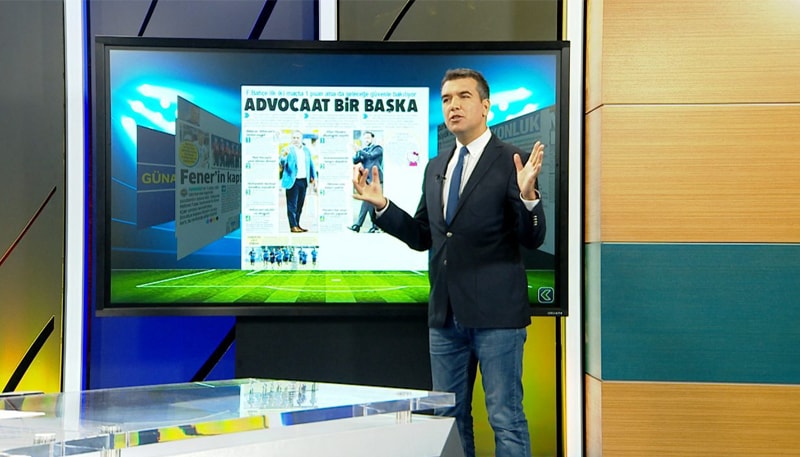 In our most recent customer success video, we spoke to Fenerbahçe’s Technical Manager, Mesut Koygun, about the reasons behind their recent Avid investments and how the club have implemented an arsenal of cost effective, integrated Avid solutions that are quite literally changing the game in the world of sports production.

Fenerbahçe decided it was time to move from SD to HD production, which meant overhauling the entire infrastructure. The club have implemented an optimized end-to-end HD sports production workflow based on the Avid MediaCentral platform, providing the opportunity for greater creativity and efficiency, as well as offering significant cost savings through a streamlined media production infrastructure.

The Avid Global Services team worked with Teratek, a Turkish systems integrator, and Fenerbahçe to design and install a tailored end-to-end HD workflow that features the best, most comprehensive tools at every stage. MediaCentral | UX, the cloud-based web front end for the MediaCentral platform, provides the user interface for Interplay | Production at the heart of the system, allowing the small Fenerbahçe production team to keep track of many stories for multiple sports by managing content creation, automating workflows, and empowering collaboration.

“The driving point of the upgrade was to move to HD but, in doing so, we also wanted to achieve a workflow that was more creative, more efficient and easier to use,” said Mesut Koygun, Technical Manager, Fenerbahçe Sports Club. “We also needed the system to be cost-effective to use as well as to install and maintain. Working with Teratek, we found that Avid was the only manufacturer that could offer a complete integrated HD solution for the entire workflow.”

MediaCentral | UX also allows remote production collaboration from anywhere with an Internet connection, and provides access to iNEWS, which brings efficiencies to news production from planning and resourcing to delivery across multiple channels. The journalists use the award-winning Media Composer editing solution to produce the video for their stories. AirSpeed | 5500 accelerates media ingest, enabling journalists to browse footage as it is captured and start preparing their stories simultaneously, while Media | Director works with Interplay | Production to orchestrate the process of ingesting media into production and nearline storage.

“Our new HD workflow has enabled us to significantly improve the visual quality of our content, which makes us much more competitive, and since the new system was installed we have also seen an increase in advertising revenue,” said Ä°hsan TopaloÄlu, general manager, Fenerbahçe Sports Club. “We have remained within budget thanks to Avid’s flexible deployment and pricing options, and have also reduced our operating costs by automating many tasks and training the journalists to create and deliver their own stories. Since the system is also easily scalable, we can now look to the future with confidence when the time comes to develop our infrastructure further, such as moving towards cloud-based workflows.”

“The sports TV market is fiercely competitive, so it is imperative for clubs like Fenerbahçe to offer the best quality content to its fan base,” said Tom Cordiner, senior vice president of Global Sales, Avid. “The club has seen a considerable return on its investment in a short amount of time, which will continue to grow and will in turn enable the club to realise future ambitions. We’re delighted to welcome Fenerbahçe to the ever-growing community of Avid users.”