Move to a new storage solution that would enable both Avid and non-Avid editors to work on the same projects.

Install ISIS shared storage, which offers complete interoperability, ease of use, and affordability—the trifecta of requirements for Films@59.

Today’s post-production industry faces many substantial challenges—from constant pressure for operational efficiency to managing an ever-increasing amount of footage generated by a wide array of cameras. Post-production houses need storage and editing solutions that not only provide the flexibility and adaptability necessary to increase the volume of work, but minimize the amount of time doing it.

Media storage has become a key player in helping to meet that challenge, emerging from the back room to take an increasingly prominent position in maximizing ROI.

Keeping balance sheets on an even keel by attracting new customers and ensuring current customers keep coming back is now tantamount to the success of companies like U.K.-based Films@59. That’s why the post-production house signed up to become a beta test site vendor for a new Avid ISIS shared storage system.

Films@59 has enjoyed tremendous success in recent years, with accolades that include winning Best Children’s Series at the 2010 British Animation Awards for Shaun the Sheep: Ewe've Been Framed. So understandably, the studio was at first hesitant to move its core series and long-form programming to a new workflow. 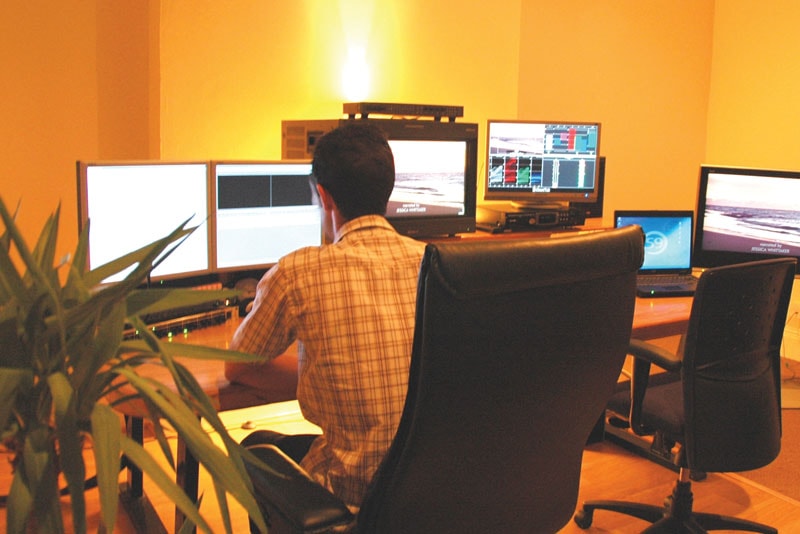 But Ian Burling, head of technical services at Films@59, elected to move ahead readily, starting with shorter jobs for which they had been using a non-Avid solution—Final Cut Pro—to test the technology itself, as well as the interoperability of the system.

ISIS passed with flying colors, bringing Media Composer and Final Cut Pro together with unprecedented ease. ISIS demonstrated its ability to serve as a single source of storage for any customer, no matter what editing systems they’re using. And not only did ISIS prove valuable in terms of interoperability, it provided Films@59 with the most powerful and flexible storage solution in the industry.

“Whether clients decide to edit with Media Composer or Final Cut, it has extended the ability of all our contributors to move media around a variety of systems,” Burling explains. “The ability of ISIS to provide platform-agnostic storage has allowed us to move media with much greater agility and ease. Flexibility has always been our number one priority as a post house.”

Since Films@59 had been a longtime user of Avid Unity MediaNet storage systems, it was familiar with the core functionality of the new ISIS system. When the facility began using ISIS, it immediately improved workflow efficiency by enabling both Avid and non-Avid systems to function to their full potential.

“This new ISIS dramatically increased our productivity by doing a lot of key things very well—like opening up bandwidth and allowing us to open and save projects faster,” Burling explains.

For post-production houses of any size, reliability and ease of use are key concerns. Films@59 found that the ISIS not only worked seamlessly, but was intuitive and easy to set-up. This allowed the facility to integrate ISIS into its existing infrastructure with ease.

Burling actually set the system up himself in just five minutes, and has needed no further assistance related to its installation. Since ISIS ships with a single user-friendly administration tool, administrative functions such as creating workspaces and adding, deleting, and setting permissions were accomplished quickly and efficiently, with no more than five minutes training for the editorial assistant staff.

Based on his experience thus far, Burling shares his thoughts: “I believe ISIS is going to occupy a very important place in the post-production market. It’s targeted at facilities that do not have a large IT staff, but still need a high-bandwidth, user-friendly, ultra-reliable storage requiring minimal space and power consumption. Also, since it uses Optical Ethernet, clients can be attached at a fairly significant distance from the chassis.”

From Burling’s perspective, ISIS presages a new generation of storage featuring the high degree of flexibility, interoperability, and scalability necessary to grow with an organization as it matures. Workspaces, for example, can be dynamically increased or decreased on the fly. This is an important feature of every Avid shared storage platform, allowing spaces for any given project to be reconfigured without disturbing editors or administrators.

It’s a feature that came in particularly handy during Films@59’s recent production of a new HD program called Tribal Fishing, comprised of approximately 40 hours of ingested media coming in throughout the post-production process. The flexibility to increase storage space in this manner enabled the company to handle such volume without difficulty.

Again, the company put the project on ISIS. And again, it proved to be a good test of the system, since the editing work was being done on Final Cut Pro. “The ability to support multiple systems takes shared storage to the next level,” Burling says. “We might have assumed that a Media Composer or Symphony was going to work on the system because they always do. But throwing a Final Cut Pro at it was another thing altogether. Much to our satisfaction, we found that whatever media we had could be captured in a workspace, even when Media Composer and Final Cut Pro were both using it.”

“If that weren’t enough,” Burling concludes, referring to ISIS, “it’s come in at a much lower price point.” For Films@59, that’s the trifecta of storage asset management—open, easy, affordable. “The only way it could really be made better,” he quips, “is to ship it already built into the rack.”