Deliver an eight-part documentary for HBO under tight deadline while managing a vast amount of footage.

Each episode features interviews with influential artists, producers and studio owners—from superstars like Dolly Parton and Willie Nelson, to recording pioneers like Steve Albini and Daniel Lanois. The end of each episode features a music video of the song the band have been recording in that show.

The challenging series depended on the Avid MediaCentral platform deliver a fast, efficient and collaborative workflow, one that could handle 400 hours of footage per episode. It was also able to cope with the increasingly tight timescales faced by the production team and a crew of top-flight editors and audio crew, as they followed the band's progress. 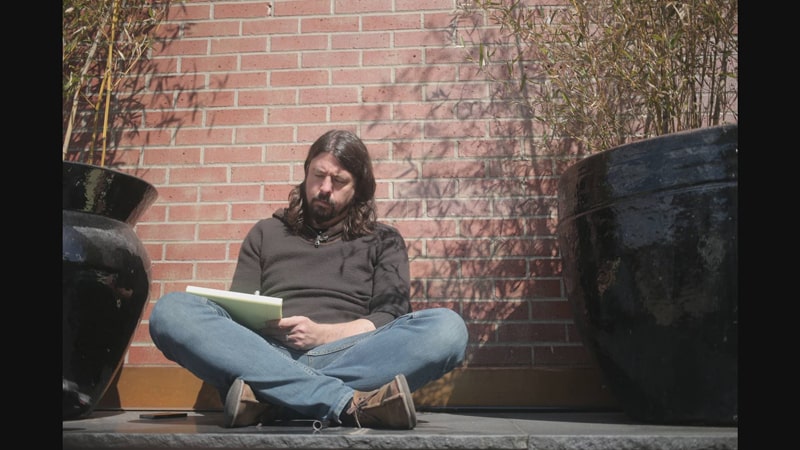 Building upon the Avid Artist Suite’s Media Composer | Ultimate (formerly Media Composer) software and Avid Pro Tools software, the editing and sound teams were able to establish a collaborative post production environment to contend with a monumental amount of footage. As the editors finished their episodes, they helped out on others, sharing sequences and footage, to meet the tight deadlines. The editors also collaborated closely with Grohl, and writer Mark Monroe.

Getting ready to rock

The first stop on the Sonic Highways tour was Chicago, where Meg Ramsay was the main editor. “There’s definitely a style and attitude that runs through the series,” Meg recalls.

“Dave likes things to be fast paced, emotional and funny. That being said, each episode has a different flavor that’s informed by the city it’s about, the footage and the editor. In some episodes there were great studio moments, while in others the magic came from the interviews with other musicians. Some episodes told a part of Dave’s personal story, while others focused more on other stories. Every editor brought their own style to their episode but in the end, like all docs, you told the story that was in the footage.”

After an initial viewing of the footage, writer Mark Monroe worked with Ramsay on putting together edits and a script. A similar process was followed with the lead editors in other cities.

“Throughout the whole process there were conversations with Dave Grohl about what he wanted to focus on and what he felt was working and what wasn’t,” says Ramsay. “There was a lot of editing to get done in a relatively short period of time.”

Media Composer is a workhorse. It has always been the most reliable and intuitive system, and it also works flawlessly with media sharing.

As lead editor on the Austin episode, Scott Hanson also found it a challenge to fully tell as many of the stories as possible in the given time. “We only had an hour, so there were some tough choices,” he says. “What to leave in, what to take out. We tried a lot of arrangements and ideas, and those would inspire more fresh takes on a sequence or moment.” 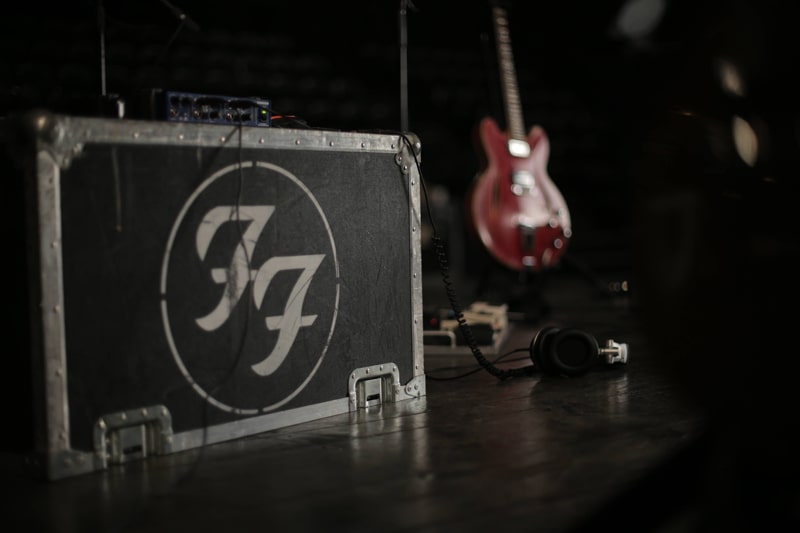 Telling the story with Media Composer

Seattle lead editor Brian Lazarte depended upon his long experience of Media Composer's toolset to tackle the incredibly tight turn around. “I started with the 20 interviews that would shape the episode,” recalls Lazarte. “Though I had all the transcripts at my fingertips, it was important for me to watch them all and experience the nuances of their delivery. For each interview, I'd add detailed markers to identify the subject and the story point, and funny or interesting moments. I then had my assistant James Leche take all my marker notes and create a master text document, which I used to find connective material, topics and story points to begin shaping the story. Archival material came in based on my master request list, and James created a master sequence in Media Composer full of markers for each one. I applied that same technique to all my archival. Creatively I never felt like I got out of my rhythm to search for something.”

“I always feel that the footage dictates how you should cut,” adds Lazarte. “And Seattle had its own style for sure.”

“I would say media management was a challenge for our assistants,” says Kristin McCasey, lead editor on the Nashville stop. “We were sharing media over many systems and also bringing in new footage as it was shot. Then there was the constant flow of archival footage. All in all, we had 70TBs of Avid Media, consisting of 1300 hours of archival footage and 1900 hours of shot footage, which came to an average of 400 hours of footage per episode.”

“Media Composer is a workhorse,” she adds. “It has always been the most reliable and intuitive system, and it also works flawlessly with media sharing. No matter how big a project, the media is always there where it’s supposed to be. We really didn’t have any media problems. Our assistants were amazing, keeping everything organized and accounted for. For example my assistant organized archival footage into sequences by topic. Whenever he added new archival to a sequence, he would color it green to alert me.”

Grant MacDowell, who cut the Washington D.C. and New Orleans episodes, was fulsome in his praise of his assistant, Mike Stone. “I relied on him to help cull through the footage and get it to a manageable place,” he explains. “Once I created a rough assembly in Media Composer, I would go back over all that footage, hunting for even more gems. Editors always wish they had more time. This job was no exception.” 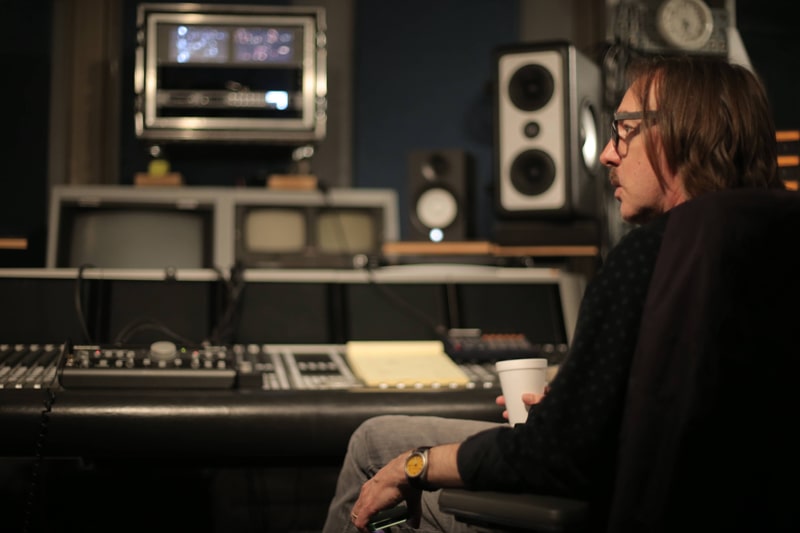 “Media Composer was the obvious choice because of the ability to integrate so easily with so many different types of codecs and files,” reveals Stone. “With so many editors, the ability to move media around to their respective projects so quickly was a huge time saver. And since time was such a big challenge we needed a program that could not only keep up with us but also handle our online workflow without slowing down or freezing.”

“Another feature that helped tremendously was dupe detection,” adds Stone. “With so much archival footage it’s tough to remember which shot or still you already used. Dupe detection saved us from that problem.”

The ability for Pro Tools to just run on a laptop without any additional hardware made it very easy for us to accomplish what we needed to very quickly.

Multi-Camera Mode in Media Composer was a huge help to Meg Ramsay, who was also main editor for the LA episode. “When Foo Fighters were recording in the studio, there were three to four stationary cameras set up, with two additional hand-held cameras,” she explains. “Being able to group all the cameras together was a life-saver.”

Media Composer veteran and New York lead editor Lenny Mesina also found this utility invaluable. “Since the Foo Fighters were filmed at various recording studios in every episode, multiple cameras had to be set up to film them moving from room to room,” he explains. “Sometimes up to six or nine cameras were used. Media Composer allowed me to watch all the cameras at once to better help me pick the proper moments I needed.”

On the audio side Jeff Fuller used Pro Tools exclusively to mix the show, working on an Avid C|24 control surface. “Outside of some microphone pre-amps that I’ve used, everything was Avid hardware,” he adds. “All of our editors are working on Media Composer, so it's been a very fluid workflow with Pro Tools. It reads so much detail, such as the clip gain detail from Media Composer. It smoothes up my mixing process a lot when I have a good grip on what the editor has in mind.” 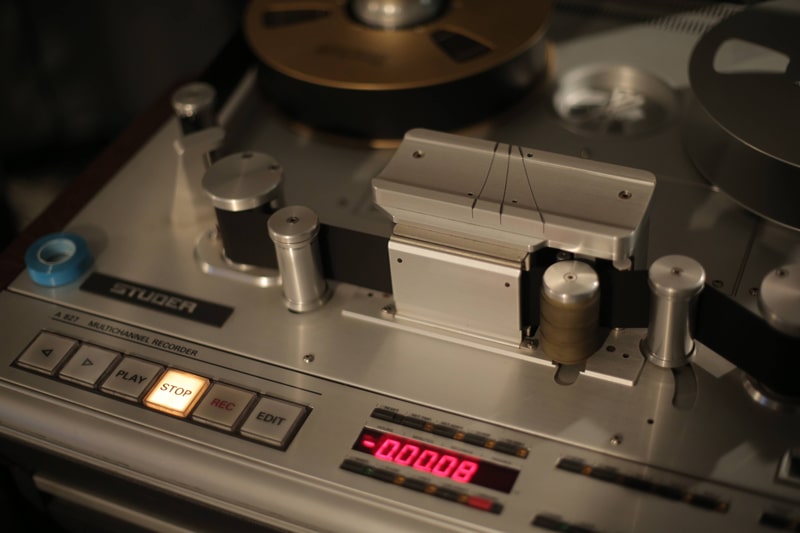 “One of the things that I’ve learned on the C|24 is surround panning,” Fuller explains. “In our Seattle episode we took some liberties with some surround sound which was pretty unique. The viewer will clearly see what’s going on if they're watching for it. In the New Orleans episode I also had a lot of fun taking different microphones and different elements and putting them in different areas of the room. With the C|24 and Pro Tools it’s been so easy to automate and control and manipulate everything about the sound.”

Executive producer Jim Rota also made use of Avid's flagship audio software when reviewing mixes on the road. “Pro Tools was mainly used to make sure everything was audible and clear on playback when we shot the music videos,” he explains. “It was also used to set down different versions for the post process—for different things like frame rate conversions and any kind of deliverable that would pop up here and there. It’s like a Swiss army knife for that process.”

I mixed the whole show on Pro Tools and we’ve not had any glitches. The software is as steady as a rock.

“We had to keep our footprint really small due to the fact that the Foo Fighters were recording a new album first and foremost,” Rota explains. “The TV show was basically an add-on to that experience, so we didn’t want to get in their way.”

“So the ability for Pro Tools to just run on a laptop without any interface, without any additional hardware, made it very easy for us to accomplish what we needed to very quickly and without any hassle. We were able to listen to mixes anywhere and not have to sit down in front of a full system. It’s so portable. It’s an awesome tool for guerilla filmmaking.”

Jeff Fuller ends by praising Pro Tools, saying it has been 'amazingly robust' throughout the series. “I mixed the whole show on Pro Tools and we’ve not had any glitches, no software problems,” he adds. “Outside of user error, the software itself is as steady as a rock.”