Unite editing teams split across LA and London to cut 1.3 million feet of film for the blockbuster film Fury.

Implement an integrated video-production, workflow-powered Media Composer | Ultimate system to enable editor Dody Dorn and her team to easily collaborate and manage huge volumes of media across the transatlantic.

Director David Ayerâs latest blockbuster, Fury, tells the story of a battle-hardened army sergeant named Wardaddy (Brad Pitt) who commands a Sherman tank, and his five-man crewâon a deadly mission behind enemy lines towards the end of World War II, in a heroic attempt to strike at the heart of Nazi Germany. Emmy and Academy Award-nominated editor Dody Dorn secured her third "key" editing role with director David Ayer on the critically acclaimed film after working with him on his previous successes: End of Watch, and Sabotage. Her impressive list of credits include working with directors including Ridley Scott and Baz Luhrmann on several of their most iconic films (including Kingdom of Heaven, and Australia), and with Christopher Nolan on his renowned films Insomnia and Memento.

For Fury, Dodyâalong with her own cherry-picked army of international editors and assistantsâembraced Avid Everywhere by utilizing the industry's most trusted editing tools for professional video production, from the Avid Artist Suite, running on the Avid MediaCentral platform. The seamless workflow, comprising 16 Avid Media Composer | Ultimate software systems, was deployed across two continents to enable 24/7 collaborative editing.

Initially the editing for Fury was planned to take place solely in Los Angeles, across four Avid Media Composer | Ultimate systems, at Flashcuts in Atwater on Avid provided by Fotokemâone for Dorn, one for editor Rob Bonz, and two for their assistants. Dorn and Bonz also each had a Media Composer | Ultimate system at home as backup. âBut our best-laid plans quickly changed!â recalls Dorn. Six days into the shoot on location in Oxfordshire, England, producer John Lesher made the call to bring Dody to London. Overnight, the Fotokem editing team put together a portable Media Composer suite for her to take across the pond.

Ultimately it was thanks to the stability and flexibility of Avid Media Composer to keep those four discreet editing rooms in sync. It was pretty phenomenal.

âHaving the portable system meant I could keep working while my UK assistant Emma McCleave went about setting up the fully equipped editing room in a container provided for us by the production,â explains Dorn. To maximize productivity Dorn and her team continued to maintain four separate yet perfectly synced suites; the UK edit "container", the LA editing room, the portable Avid, and Bonz's home system.

âThe biggest challenge on Fury was time, or a lack of it,â comments Dody. However, the flexibility of Media Composer | Ultimate allowed for a fluid, collaborative, and informational flow across the board; keeping the entire global team up to date with the latest amends or notes. 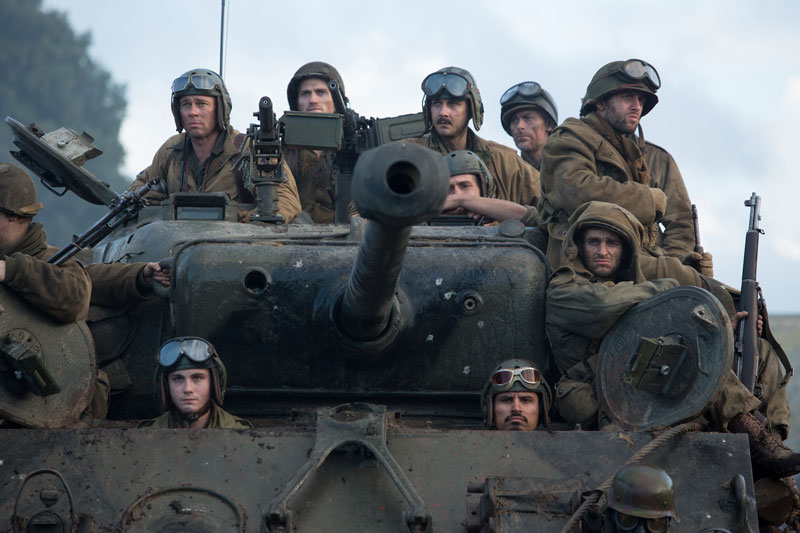 Throughout the edit, Dody notes, âSo many Avid tools came into play, allowing us to do color correction, dirt and scratch repair, simple VFX temps (adding tracer fire, or explosions and muzzle flashes), dialog balancing, and the addition of SFX and music.â But it was the vast amount of footage the team had to battle throughâan astonishing 1.3 million feet, shot over 69 production daysâthat posed the biggest challenge.

âI used a lot of locators, and titles for departments, to track various tasks throughout the process.  For example, sound or VFX that needed to be looked at, or needed another pair of eyes and ears before it went into the final edit.â With the MediaCentral platform, real-time remote collaboration enabled Dody and her team to easily manage the huge volume across the transatlantic Media Composer workflow.

âWith Avidâs production-savvy workflow in place, I could request assistant work and dailies prep from the LA edit room,â explains Dorn. âAnd overnight the LA team would do the work, email the bins to usâand then in the morning weâd organize all the dailies. This also worked well for cuts of scenes that were done by me in London, and Rob Bonz in LA. We swapped those edit bins back and forth, so I was always up to date with the LA edit room and vice versa. Production would often throw us a curveball and, thanks to Avid, we knew we could always handle it. That gave us all real peace of mind.â 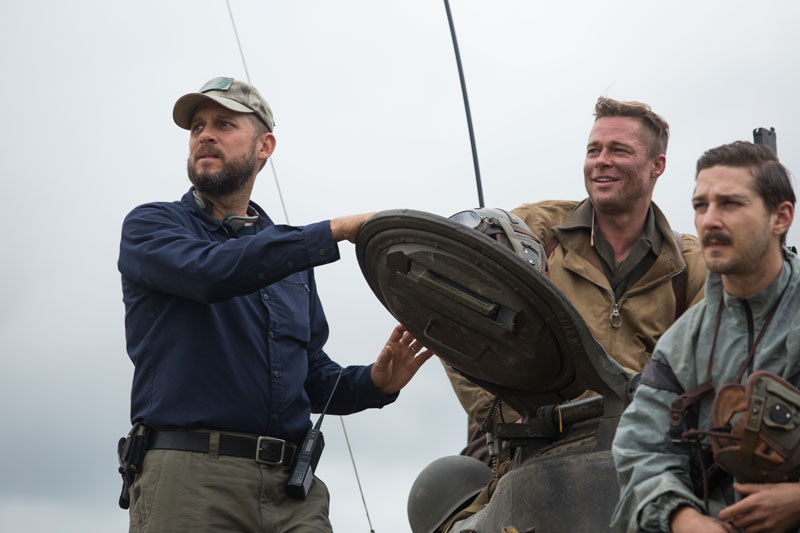 Avidâs Media Access (AMA) file sharing ability was a godsend. We used it to deal with the video tap, which meant we could view footage and get on with the preliminary edits while we were waiting for the dailies. Having the video tap ingestedâfor me to cut in the interimâwas invaluable. As it let the director see an edited scene immediately.

Dody began her love affair with Media Composer in 1992 when she was working on James Cameronâs Terminator 2: Judgment Day and hasnât looked back. âThe beauty of Media Composer is its ease of setup and the fact that it can handle any project that walks in the door. I've cut many action films for various directors, but it's a very different process on a David Ayer movie," she adds.

"The hardest part of the process is sifting through the material; drafting and redrafting a sequence until we get it right," says Dody. "Avidâs industry-leading creative tools and processes continue to take the hard work out of our jobs, giving us creative license across the board. On Fury, it was more the sum of the parts that made this edit a successâthe productivity, the integrated workflow, and the flexibility of the Avid editing networkâthat allowed us to deliver the film on time.â