Create, edit, and manage an epic amount of content for an epic television series.

Design a highly-efficient workflow around a wide array of Avid solutions to ensure that the high production values and filmic look are maintained throughout every stage of the production process.

With over 300 cast and crew members, it was clear that HBO’s treatment of R. R. Martin’s best selling series of novels A Song of Fire and Ice was going to be epic. Titled Game of Thrones, it was also clear the fantasy drama series was going to need a highly efficient way of managing an epic amount of source material while ensuring that the offline, online, grade and audio post maintained the high production values and filmic look of the original shoot.

Using 16 terabytes of Avid Unity MediaNetwork storage, the self-contained workflow was transported to Screen Scene in Dublin where the online was completed using Avid DS 10.5 and an integration of an Avid ICON D-Control console and Pro Tools to provide a finished audio mix to complement the stunning visuals. 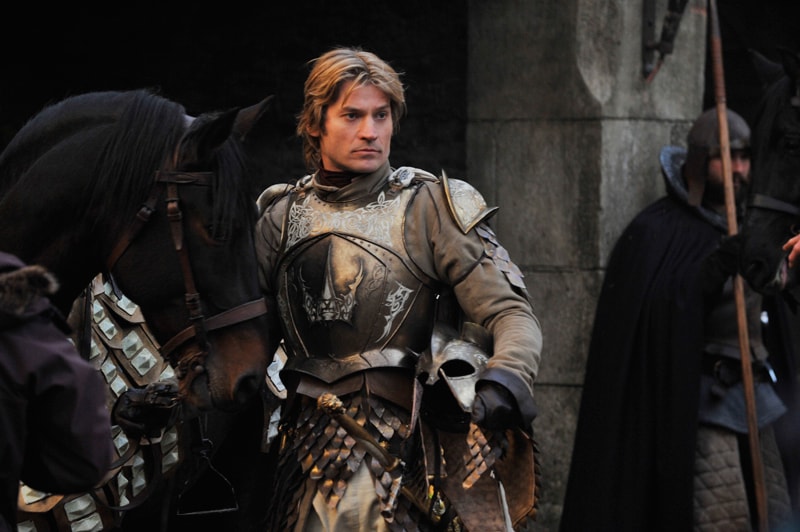 Avid Unity integrated seamlessly with the HBO team’s Macs, which were responsible for transferring the dailies back to the US. Similarly, the team used a Cache-A LTO data storage facility for additional archiving, working once again in partnership with the Unity. Elite Avid reseller, Tyrell CCT, played a significant role in re-commissioning edit systems and transferring the Unity and offline data down to Dublin.

“Game Of Thrones was by far the largest television production ever filmed in Northern Ireland. It was crucial we had an infrastructure and support network to match the scale of the series—and in Tyrell and Avid we found that support,” explains Yellow Moon’s managing director, Greg Darby.

Working with our partners, we were able to build a workflow that allowed everything—picture, sound, color and VFX—to move securely and seamlessly to wherever it needed to be.

Yellow Moon, Screen Scene, and the HBO post team collaborated together to design a workflow for the project that was achievable within the time frame available. As the shoot wrapped in Belfast, all material moved to Screen Scene in Dublin, which was fully prepared for the remaining offline edit, VFX, sound post and picture finishing.

One of the big challenges for Screen Scene engineers was to ensure all tracks could be seen by the mixer and editors in many different configurations at all times. It required that source picture be accessed live from the Unity storage system as DNX36, then fed directly into the “Centre Stages” Christie projector to ensure pictures being mixed were up to date and looked great. Connecting to Pro Tools in the mixing room, the sound team, under the direction of Stefan Henrix, was able to work with up to 800 virtual tracks. 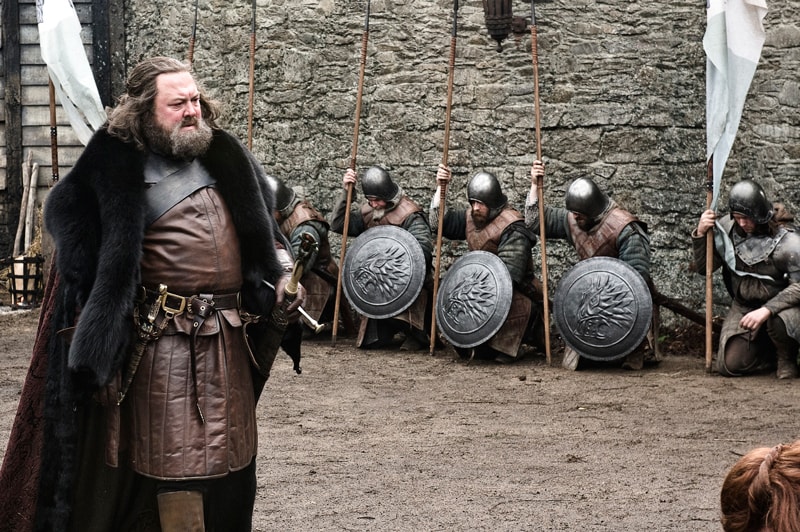 Screen Scene played a significant part in the delivery of the show’s vfx and housed a large team of artists in The Scullery, its dedicated vfx area. “The workflow we built in the facility allowed us to easily give temp versions to editorial and then automatically replace those in the live timeline with finished shots,” says Ed Bruce, VFX supervisor at Screen Scene. “It worked brilliantly, constantly moved the process forward without necessarily waiting for us.”

For finishing, the online edit team used two Avid DS 10.5 systems working in conjunction with a high-speed SAN from Rorke Data. The DPX files were imported into the DS for finishing while remaining accessible to Screen Scene’s senior colourist Gary Curran working on a Digital Vision Nucoda Film Master for the final grade.

One of the biggest advantages for the 60 people in Screen Scene working on the project was the fact that offline edit, sound post, vfx, grading and finishing were within steps of each other, playing a vital part in meeting schedule deadlines.

"We worked through a large number of challenges and firsts posting this 10 part series,” remarks associate producer, Greg Spence. “Picture and sound came with huge ambition and a tight schedule,” adds Jim Duggan, managing director of Screen Scene, “and when you have those challenges, you need clever and efficient workflows. Working with our partners, we were able to build a workflow that allowed everything—picture, sound, color and vfx—to move securely and seamlessly to wherever it needed to be.”