Reframe a simple and traditional work like Swing Low Sweet Chariot and expose a completely unique vision of the song for Bobby Mcferrinâs spirtyouall CD, which earned Goldstein a GrammyÂ® Award.

Embrace Avid Everywhere and rely on the flexibility, and creative capabilities of Avid Sibelius to arrange songs from various recording artists in wide-ranging styles.

As a noted pianist, accordionist, arranger, and composer, Gil Goldstein has worked with musical greats like Sting, Michael Brecker, Chris Botti, and Pat Metheny, among many others. He also co-produced and arranged the award-winning Chamber Music Society recording for Esperanza Spalding, which catapulted her in 2011 to win a Grammy for Best New Artist—the first time a jazz musician has won the award. To help Goldstein overcome the challenges of arranging for a wide range of musical styles—pop, big band and orchestral among them—Goldstein has embraced Avid Everywhere. Using Sibelius music-notation and scoring software give Goldstein the flexibility, and creative capabilities he needs, to create Grammy Award-winning compositions.

Every year Goldstein takes on a handful of large arranging projects. In 2013 he worked with Bobby McFerrin, arranging selections for his spirityouall release. The project included music from McFerrin’s spiritual repertoire including Wade In the Water, Swing Low, and Glory, plus original compositions written by McFerrin. According to Goldstein, the project brought both unique challenges and distinct rewards. “Reworking those compositions into perfect versions for an artist as unique as Bobby was a challenge,” he explains. But the outcome, including a Grammy Award for Goldstein’s arrangement of Swing Low, remains a career highlight.

After his work on spirityouall, Goldstein switched gears, completing two large arrangements of Gershwin music for McFerrin orchestral projects. For Goldstein, arranging with Sibelius is a seamless, organic process. “With Sibelius, I go pretty quickly from idea to final realization,” he says. “I always have the basic concept in hand and mind before I start, but from then on, it’s a flow, an unfolding process that has become second nature to me.” 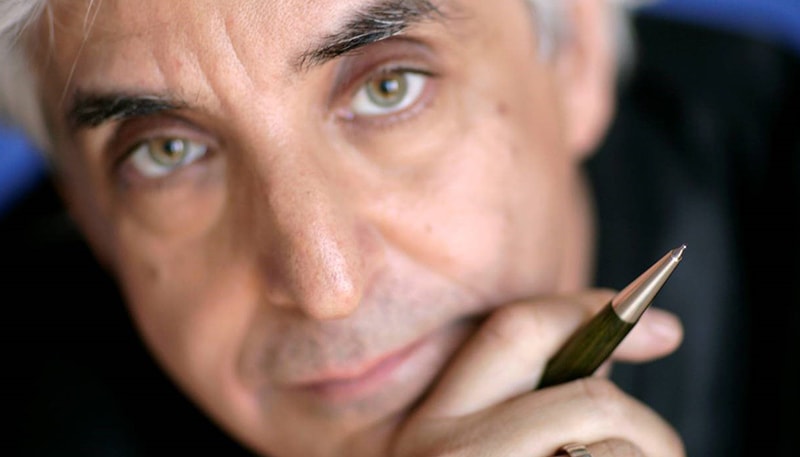 Recently Goldstein wrote several large orchestrations for an ensemble orchestra. Preparing for the ensemble to perform at the annual Solidarity concert in Gdansk, Poland, gave him the opportunity to use the Avid solution to its full advantage. He explains, “It was a swift and satisfying project to take my original Sibelius files and build them up to yield a full orchestration.”

Around the same time, Goldstein moved to the big-band sound, completing a project with Joe Lovano and the Brussels Jazz Orchestra, which is available on a CD called Wild Beauty. It also earned Goldstein a Grammy-award nomination.

Regardless of the musical style or project scope, Goldstein adapts Sibelius to suit his own style of working. Recently this has included integration with other tools. He’s developed a style of inputting notes with the use of a Wacom pen and tablet technology that is completely coordinated with the Sibelius screen. “I began writing with pencil like many composers and arrangers,” he says. “But now with the coordination of these two technologies, I can input as fast as I could write with pencil and I have been able to go directly to Sibelius, which is very comforting.”

PhotoScore is another powerful Sibelius feature that Goldstein turns to when the need arises. “I have successfully used Photoscore to scan in a composition and transpose it to another key, a job that would have taken weeks any other way,” he says. “With PhotoScore, it was a matter of hours.”

Every two years, Goldstein takes on another high-profile project, creating anywhere from 10 to 20 orchestrations for Sting and Trudie Styler’s Rock for the Rainforest concert, held in April at Carnegie Hall. Sibelius is critical to helping Goldstein arrange pieces/selections in a very short timeframe for a ‘who’s who’ of artists that contribute their time to the cause. Performers including Sting, James Taylor, Elton John, Renee Fleming, and Meryl Streep—just to name a few—grace the stage to help raise funds for the Rainforest Foundation.

Goldstein points to several Sibelius features–from its many shortcuts to the ability to sync audio and video to the program directly—as key to arranging for this event and for all of his arranging projects.

Sibelius is an instrument that is organic and brilliantly organized so a musician can think quickly and rely on it for ease of movement. Its design makes creativity a distinct possibility and always just a keystroke away.

Creativity just a keystroke away

When it comes to Goldstein’s talents and what he can achieve with Sibelius, there seems to be no end in sight. “I started with Sibelius and it continues to hold my attention and suit all my musical needs as a notation software. I’ve watched it over the years growing more and more responsive to everything I want and expect in a program.”

Despite all of his accomplishments, Goldstein is humble about his expertise. “There are still those masters in Sibelius technique, that I sometimes turn my work over to, that deliver the final-picture perfection which I am not able to attain,” he says.

He points to Sibelius expert Michael McCoy whom he calls a “master” with the tool. “He is sublime in his ability to reshape my scores and take them to another level of perfection,” Goldstein says. It was Goldstein who recommended McCoy to jazz great Pat Metheny, who helped him shape up the parts and score preparation for a piece Metheny composed, based on video clips of Eberhart Weber’s bass playing.

As always, a tool is only as good as the artist using it and greatness occurs through creative exploration. Goldstein sums it up best, “Much has been said about the intuitive nature of Sibelius and the common sense that inhabits its commands and layers. Just as a great pianist has to become intuitive with the piano keyboard, Sibelius is an instrument that is organic and brilliantly organized so that a musician can think quickly and rely on it for ease of movement. Its design makes creativity a distinct possibility, and always just a keystroke away.