Behind the Scenes of the 2021 Goya Awards Ceremony

The Goya Awards are Spain's main national film awards, considered by many to be the Spanish equivalent of the American Academy Awards. The 35th Goya Awards ceremony, directed and hosted by actor Antonio Banderas and journalist María Casado, honored the best in Spanish films of 2020 and took place at the Teatro del Soho CaixaBank in Málaga on March 6, 2021.

Veteran engineer Roc Mateu Trias was responsible for the ceremony’s sound design under the direction of Antonio Banderas. With over 20 years of experience as a sound designer and mixing engineer for theater, musicals, circus, live concerts, and television, Roc has worked with an impressive list of directors that includes Lluís Pascual, Mario Gas, Sergi Belbel, and Àngel Llàcer as well as theater companies including Comediants, La Fura dels Baus, and Dagoll Dagom. He was Technical Director of Circ Cric, and has worked for Spanish television networks TVE, Antena 3, Telecinco, and TV3. Roc also mixes for artists like Albert Pla, Manu Guix, Nacho Cano, and the Vienna Philharmonic.

The 35th Goya Awards were one of Roc’s most demanding gigs to date, and we talked with him about the challenges he faced for this year’s awards ceremony. 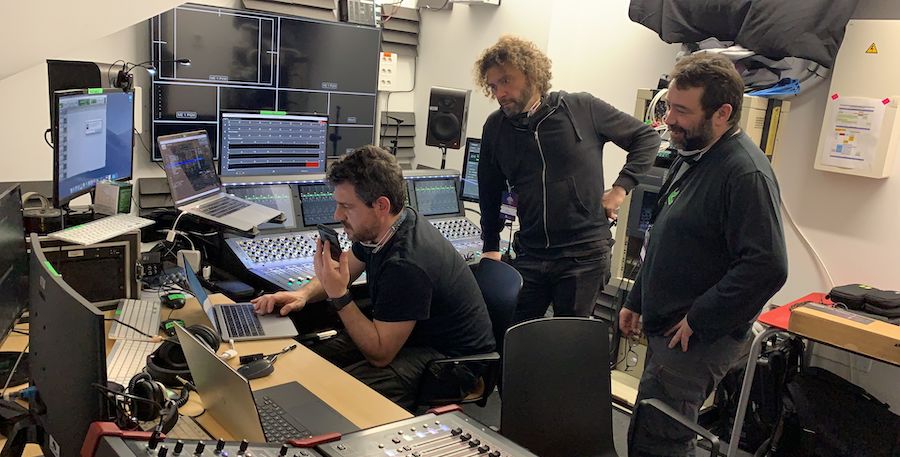 Now that the ceremony is behind you, how did it go?

It has been an amazing experience to direct the sound of the Goyas 2021 ceremony. I have been lucky in this project to work side by side on a team with experienced professionals who have made this madness possible. Thanks to Jordi Ballbé (Room Operator), Guiu Lluçà (Control of Videos and links), Ferràn Martín (Monitor Engineer), as well as all the Soho Theatre staff and the Project-Arte reinforcement team. 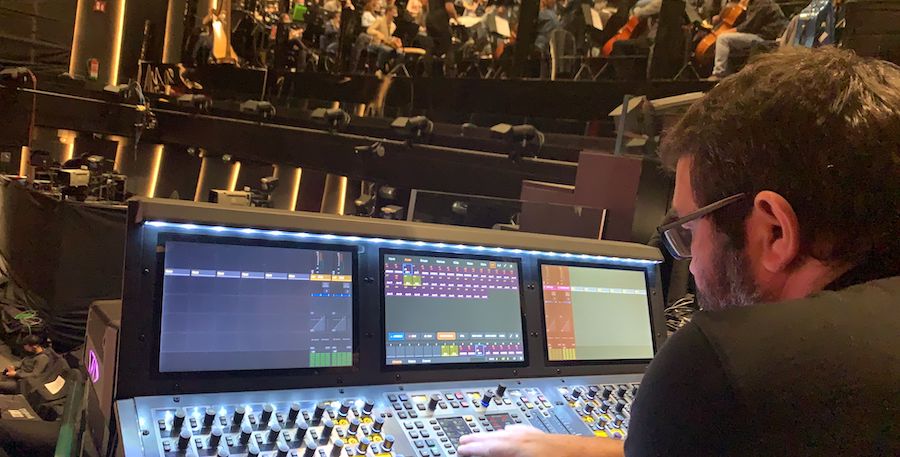 Due to the pandemic situation, the requirements for the ceremony were changing constantly. That made the design and preparation process more complex than for a conventional show. Between the beginning of the preparation and the actual event, we had four months of meetings, and the format changed many times right up until the show day. This was undoubtedly the most complicated production of my life!

The initial idea was to have a conventional ceremony, but we ended up with a hybrid format for the show. The performers who gave the awards were onstage, but the nominees were at home connected via Zoom—this massively increased the technical challenges. Another change was that although the orchestra began as 12 musicians located in the pit, it ended up as a 46-piece orchestra in a symphonic formation spaced around the theater. 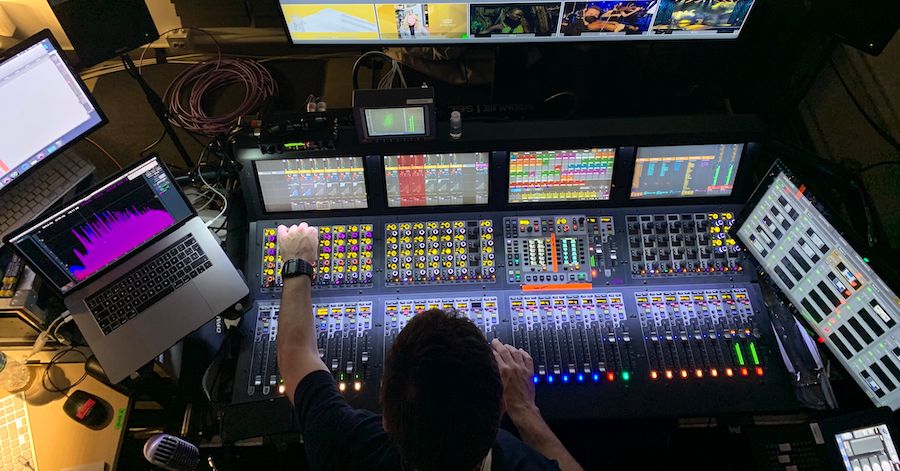 You had to coordinate several different mixes—how did you go about it?

With the complexity and number of channels needed for the production, we decided to use the three VENUE | S6L consoles sharing I/O in a star redundant network connected via Luminex switches. All three positions were also connected in a MILAN matrix via MLN-192 option cards. In this configuration, all the desks had complete independent control of all the channels, plus they could send comms channels, stems, and mixes between the desks on the MILAN network. The three I/O boxes included one on-stage Stage 64 for wireless and stage mics, another in the theatre for the orchestra, and a third Stage 64 in the control room for patching input and output connections to the mobile units for Zoom, etc. 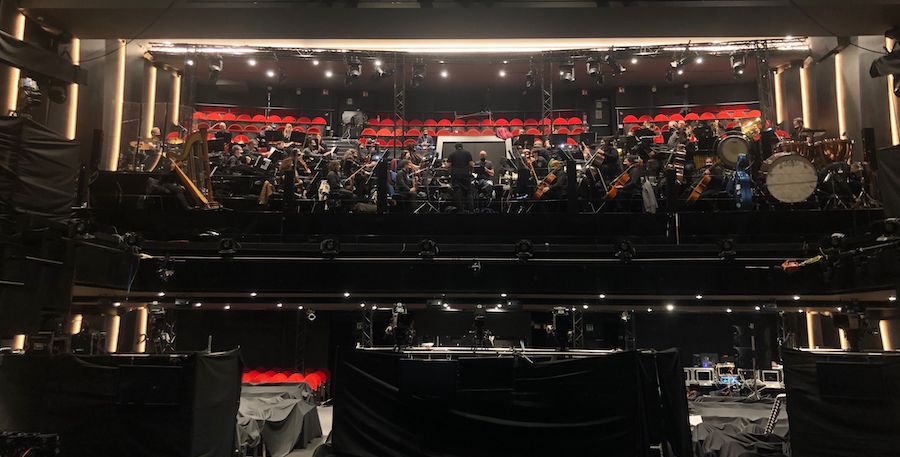 How did you mix the live Symphony Orchestra?

When it was finally decided there would be no audience, we opted to place all the musicians in the stalls of the theater on top of a temporary structure that covered the seats. The position of the musicians and the acoustics of the theater made us decide to close mic each instrument individually since there was little separation between instruments, and the way the musicians were distributed made it impossible for us to capture the sound by orchestral sections. 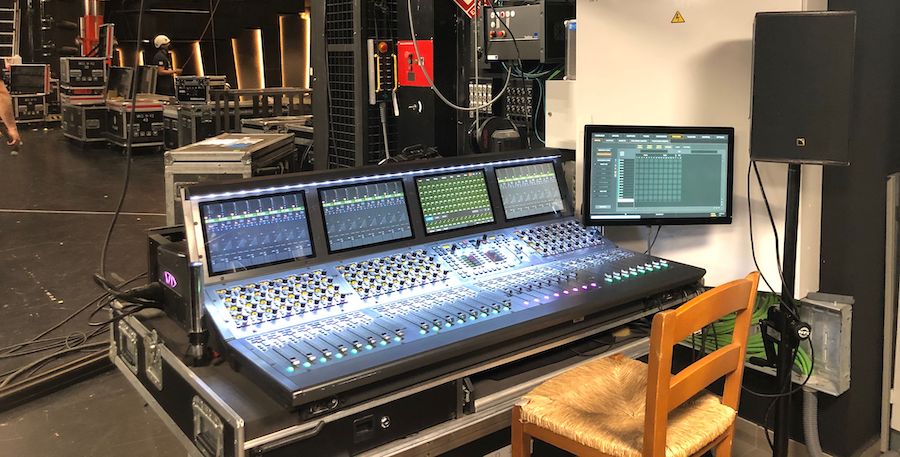 What was the most complicated aspect of the project?

For me, the most difficult thing was working with the frenetic rhythm of this ceremony. By not having an audience—and therefore not having applause—the transitions were extremely fast. This required us to have perfect coordination between the live theater and the production where all the inputs and outputs of the videos with the nominees were connected. The collaboration of all the artists and participants was critical.

The challenge was in the preparation: everything needed to be prepared perfectly. The whole ceremony passes without a pause and there is no margin for error. The work can be described as a non-stop, two hour, live-to-air event. This meant that even a small error could be magnified into a showstopper, because there is no time to react. A badly fitted headset or a noisy violin mic can really hurt you. Having a plan "B" for all the possible scenarios gave us security.

In the end, after the success of the ceremony, I am proud of the work of the entire team. I’m thankful to all the various people involved and am looking forward to more award shows in the future!

Thanks to audio/video provider SeeSound for supporting the Goya Awards and conducting the interview. 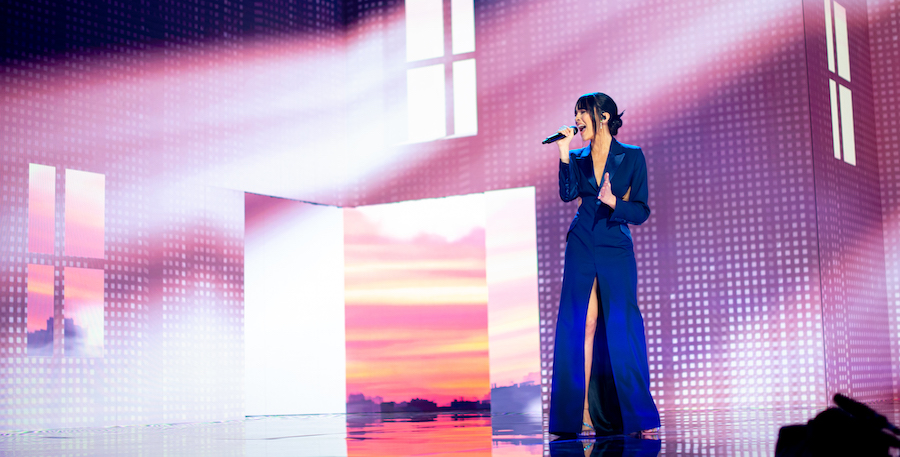