How Full Sail University Stays Ahead with Avid

"If you're serious about your dream, we'll take your dream seriously." That's been the mission statement of Full Sail University ever since its founding in 1979—and it still holds true today.

Based in Winter Park, Florida, Full Sail University has built a reputation as one of the premier entertainment, media, art, and technology schools in the world, offering degree programs across many different areas of study, including Music & Recording and Film & Television. And its graduates have gone on to work with the biggest names in music and on the biggest films and television shows around the world, with countless GRAMMY, Oscar, and Emmy wins and nominations.

So, how does the school attract such motivated students? In large part, it's because Full Sail sources its instructors and technological infrastructure straight from the industries themselves. And its accelerated curriculum is designed to train students on only the most necessary and pertinent tools and techniques they need to know to land their dream job, enabling graduation in half the time of a traditional bachelor's program.

That's why Full Sail has had a long relationship with Avid that goes back decades, enabling the university to keep its finger on the pulse of technological innovation while giving students access to the latest industry tools. The university recently refreshed its Pro Tools, Media Composer, and Sibelius software and upgraded its dubbing stage with a dual-operator Avid S6 control surface.

Check out a timelapse of the school's S6 installation.

But it's not just the tools that ensure student success—it's also the teachers and the level of expertise and experience they bring that set Full Sail apart. 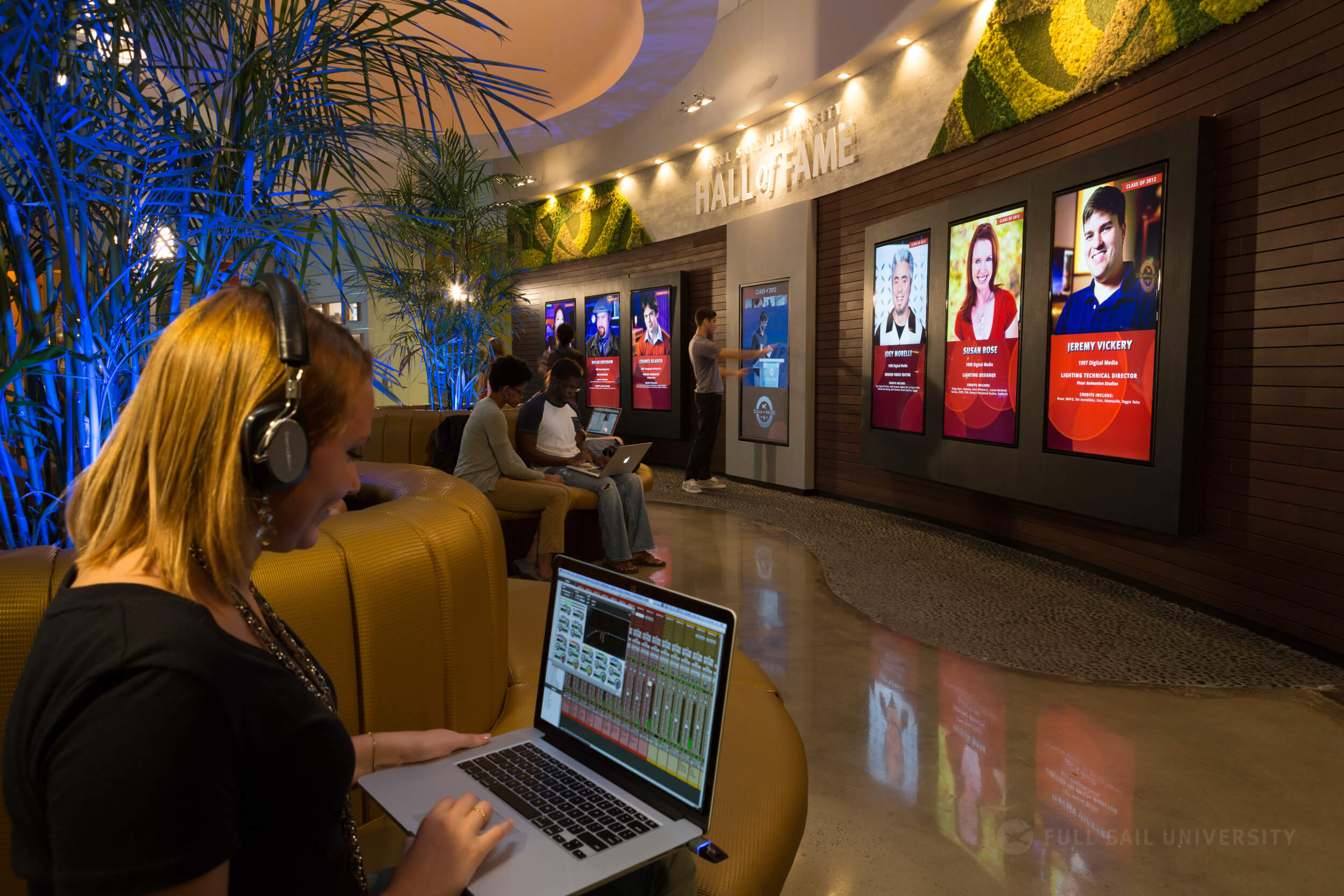 All students receive a laptop and software in their LaunchBox, which is unique to each degree program, enabling them to create whenever inspiration strikes—on campus or at home.

At Full Sail, not only do instructors have a deep understanding of the tools and technology they teach, but they're also active practitioners participating in their industry. This makes them uniquely qualified and a desirable mentor to learn from.

"Our traditional Full Sail teacher is from the industry, first and foremost," says Brian Smithers, Program Director of Audio Production. "There are academic credentials required as well, but I'm a performing musician. We have faculty members who have made AAA games… I think the fact that the students know that we have gone where they hope to go puts a lot of credibility and faith in our ability to lead them in a really pragmatic and efficient path toward their dreams."

A central feature to the Full Sail education is the LaunchBox, which each student receives whether attending online or on campus. For the Audio Production degree program specifically, which is offered online, the LaunchBox contains all the core tools a student will need to complete their program, including Pro Tools | Ultimate (now replacing Pro Tools), a microphone, laptop, headphones, and monitors. In the Film & Television degree program, students receive a similar box, now with Media Composer | Ultimate instead of Media Composer.

In addition to the hardware included in the LaunchBox, students have 24/7 access to their files, software, and coursework, enabling more time to explore the tools and get ahead outside of the classroom. For Film & Television students specifically, the school's Avid NEXIS storage infrastructure enables them to access their work from any Media Composer workstation or post-production classroom on campus.

On campus, film students learn and experience all facets of moviemaking—from pre to postproduction—including shooting scenes on the university's backlot.

But the recent idea to refresh the Avid software in the LaunchBoxes to the "Ultimate" versions—the same software used on campus—came in part due to the COVID pandemic.

"When COVID first hit, we were able to allow our campus students some access to Pro Tools | Ultimate and Media Composer | Ultimate for a 90-day period, thanks to Avid's generosity, even though they weren't in the labs for a couple of months," Smithers explains. "That was kind of one of the things that led us down this train of thought."

Scott Dansby, Director of Industry Relations, agrees. "That was a huge help at the beginning of COVID. We were still able to provide some of the same tools to students who had to transition very quickly from being a campus student to an online student. They were able to access a lot of the same features and functionalities that they would have normally learned inside a studio or lab from home. We didn't have to make a whole lot of changes to the curriculum for them."

For Audio Production students, having Pro Tools | Ultimate in their LaunchBox gives them access to the same advanced functions previously only available to Recording Arts students.

"Having Pro Tools | Ultimate enhances our students' ability to delve into surround sound and to actually pursue Operator-level certification," Smithers explains. "The fact that they can actually practice these advanced workflows on their laptop at home is a real help."

Of course, the LaunchBoxes are just a fraction of the technology and training offered for campus students. For use within the Recording Arts Bachelor's degree program, Full Sail currently has 42 Avid S6 control surfaces—and Michael Orlowski, Full Sail's Media Systems Engineer, has been the brains behind all the acquisitions.

"We purchased 25 S6 M10 consoles back in 2014 [replacing Control|24] and we split those up into two 12-station labs for our workstation advanced courses into Pro Tools," Orlowski recalls. "That install and use case worked out so well that in 2019, we replaced our Avid ICON D-Control consoles."

For those upgrades, the school purchased 16 more S6s for use in four surround post suites (configured with Joystick Modules) and 12 individual mix rooms in the school's "Mix Palace" lab. And just a few months ago, it upgraded its dubbing stage with a new dual-operator S6, which provides 48 faders on each side, replacing a System 5. 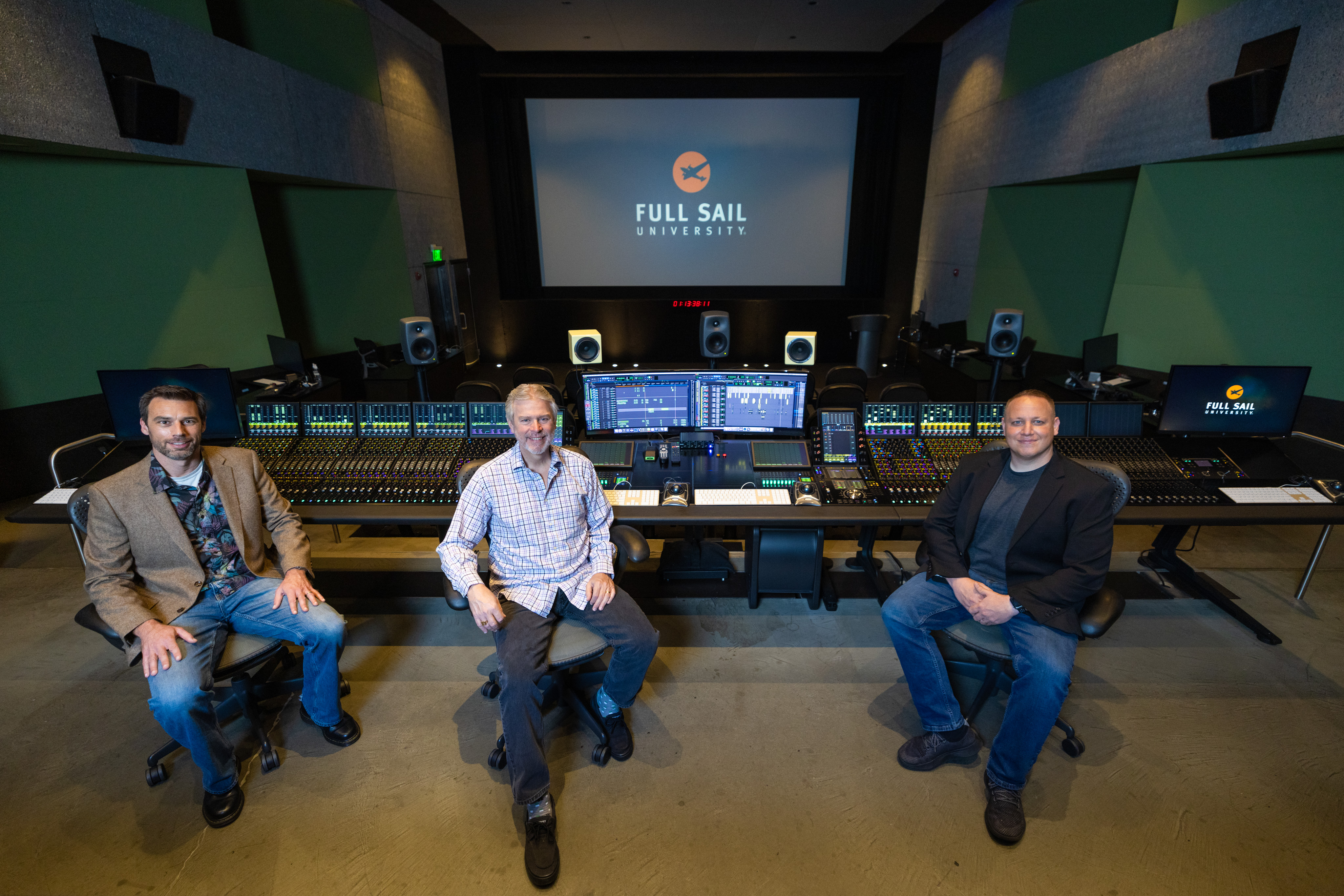 "Having students [get familiar with] using an S6 and progressing into the advanced labs like the dub stage using a similar surface—the onboarding to get them ready for the lab has dramatically reduced," Orlowski says. "They're up and running within the first 15 minutes… What we love is that S6 brings a unified console experience throughout the entire program. We're seeing more courses able to take advantage of the labs, and we're able to utilize our S6s across multiple degree programs, which is huge."

Each S6 is accompanied by a Pro Tools | MTRX interface to handle routing and monitoring, which greatly simplified the workflow.

"What we love about the MTRX is now having the accessibility of Dante audio," Orlowski says. "We're using Dante Virtual Soundcard to bring a surround feed out of the Mac, so students can now audition stems in surround directly from the computer on the same speakers as they would be using when actively mixing. So, what used to be complicated routing to get preview audio into the ears of our students, now goes through the MTRX and Dante."

The question of software choice

While Full Sail has utilized Avid products extensively throughout its curriculum for decades, Smithers is keen to point out that software is a personal choice—except for Pro Tools.

"Our general philosophy is that we teach tools, techniques, and concepts—not software products," Smithers stresses. "But Pro Tools is an industry imperative… and it would be a disservice for us not to make sure our students are well-versed in Pro Tools."

Dansby agrees: "What Brian said about Pro Tools rings true for Media Composer… For our film and video students who decide to go into postproduction, Avid will probably play a pretty big role in what they're doing."

Learn more about Full Sail's programs here and check out what its graduates have done. 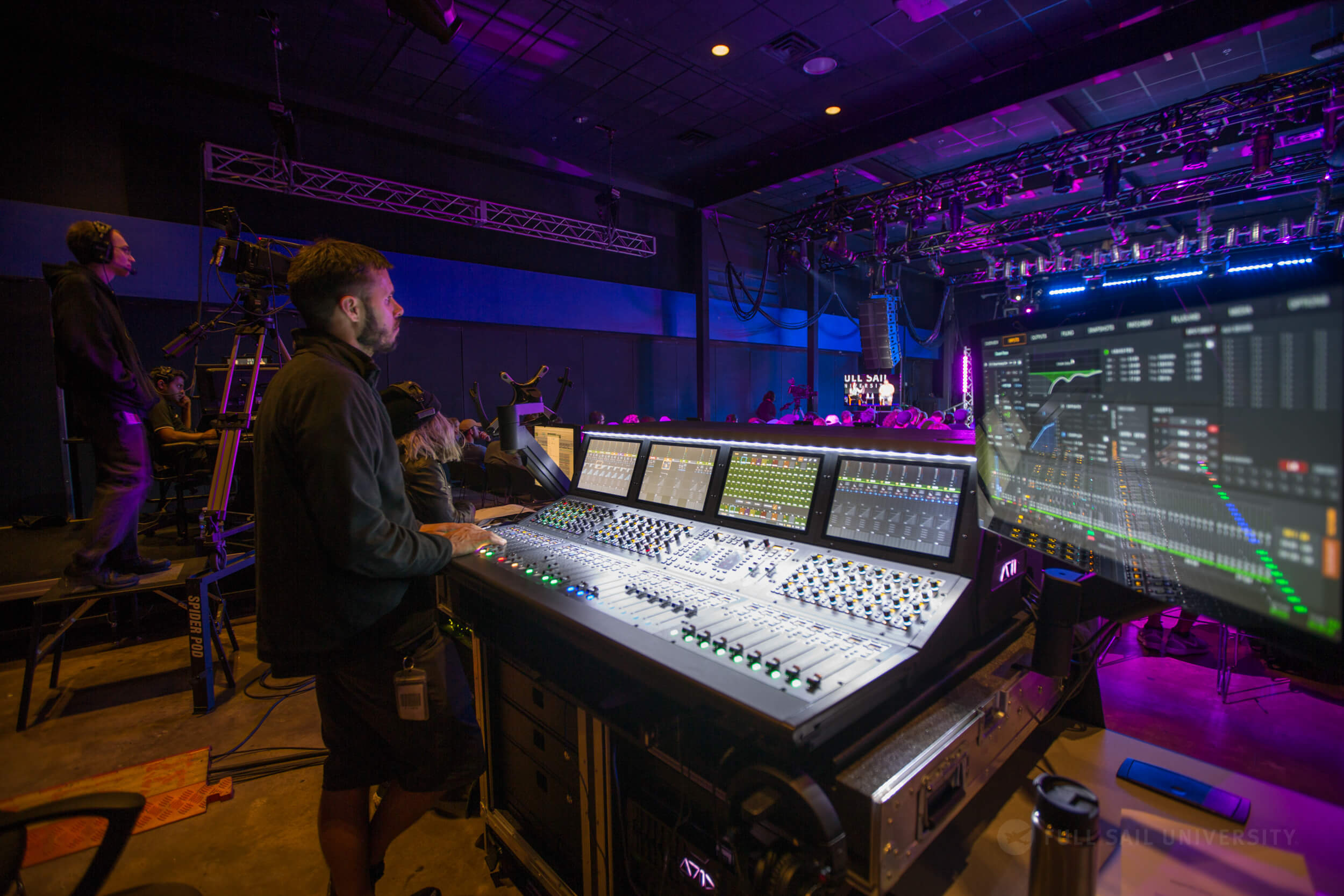