Sure to satisfy the fans eager for the second installment of the trilogy, The Hunger Games: Catching Fire picks up the story of Hunger Games winners Katniss Everdeen and Peeta Mellark as they embark on their Victory Tour and find themselves in the arena again for the deadly Quarter Quell, an event that takes place every 25 years and is designed to quash sparks of rebellion brewing in the Districts.

Although editor Alan Edward Bell, ACE didn’t square off in any arena he faced challenges of his own cutting The Hunger Games sequel, which includes about one hour of compelling competition sequences shot in IMAX.

Bell spent 10 weeks on location in Atlanta cutting The HungerGames: Catching Fire before moving back to Los Angeles with the rest of postproduction. The feature was shot on 35mm film; during production Deluxe and EFILM processed the film and prepped dailies in LA shipping color corrected dailies back to Atlanta for viewing and sending Avid bins and media to Bell and his team.

Working from the production offices, editorial used a Windows-based Avid Media Composer system coupled with eyeon Fusion compositing software and its Connection plugin and Avid Unity shared storage. Bell selected a “giant” Wacom Cintiq flatscreen LCD monitor with a pen interface instead of a mouse, a tool he enjoyed so much that he plans to use it again. 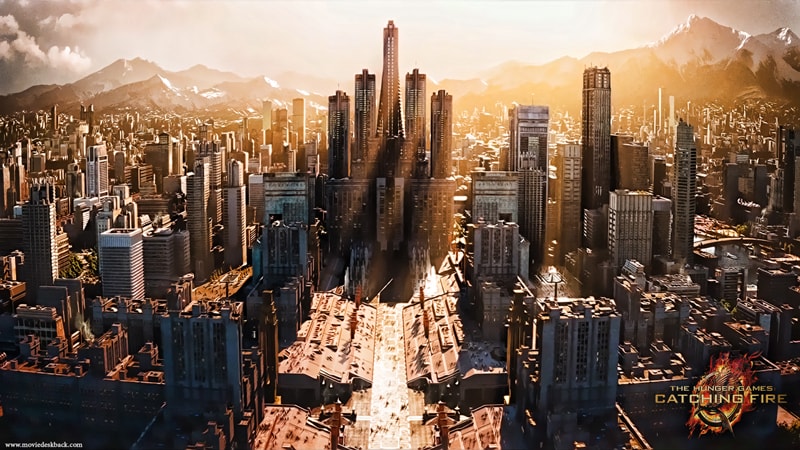 Avid makes it easy to cut in 5.1. Using the audio mixer it’s very easy to designate sounds to spatial areas of the theater.

“Because The Hunger Games books are very solid we tried not to deviate too much from them for Catching Fire,” says Bell. “From the dailies, we could see the fantastic sets and great performances and how much scope there was in the movie. There were no real story issues, but there were a lot of big action set pieces that took a lot of working and reworking to get them where they are today.”

For example, a muddy water park in the middle of winter was ultimately transformed into the arena, which is set in a lush jungle surrounded by water. “The actors were so good that they easily transported you to spaces that didn’t exist” until the VFX teams worked their magic, Bell says. “Very few exterior shots stood on their own without some type of digital work being done: Even District 12 required set extensions.”

However, Bell is quick to note that, “so much of the big scenes is not just action for action’s sake. There’s always an emotional connection to Katniss. We needed to shape scenes so they worked from an action standpoint and gave the audience an understanding of what Katniss was going through.”

To facilitate that goal Bell got licenses for eyeon Fusion software and its Connection plugin for every Avid workstation so he could do temp compositing “to enhance story- and character-performances. It’s an approach I used when Connection was in beta during The Amazing Spider-Man. I’ll be working in the Avid interface, quickly export clips that open in Fusion, do my temp comp and hit render and it updates in the Avid timeline. It couldn’t be easier for me. It’s like an extension of Avid and is particularly useful for a movie with so many VFX.” The temp VFX were recreated as final VFX by the VFX department later in post-production.

Francis Lawrence, director of The Hunger Games: Catching Fire, opted to shoot the Quarter Quell arena scenes in IMAX, which made cutting the last hour of the film more complex.

To accommodate the format change Bell “cut pillarbox so we could see everything in Avid’s 16x9 format. That meant when the picture was locked and in the DI process we had to perform a tilt scan. We’d take a 2.40 frame and decide where it’s going to be when viewers see it displayed in regular, non-IMAX theaters. I did versions of the tilt scan for setting the 2.40 look from the IMAX frame using the Avid resize effect. Then the assistants replaced the Avid footage with a black-and-white trackable grid pattern, which we then rendered out and delivered to EFILM. EFILM tracked the tilt for each reel preserving the ease in and out curves, which I had tailored to each shot. It turned out to be the most effective way to communicate the translation between Avid and the EFILM DI process.”

Avid also proved to be a good solution for the very loud IMAX footage. “Imagine cutting dialogue with a team of leaf blowers next to the microphone and you’ll get an idea of what it sounded like,” says Bell. “The actors often did wild track recordings of their lines so I would have something to replace the IMAX audio with. The Avid waveforms and smart-tools made it very easy to slip the wild lines into place.” 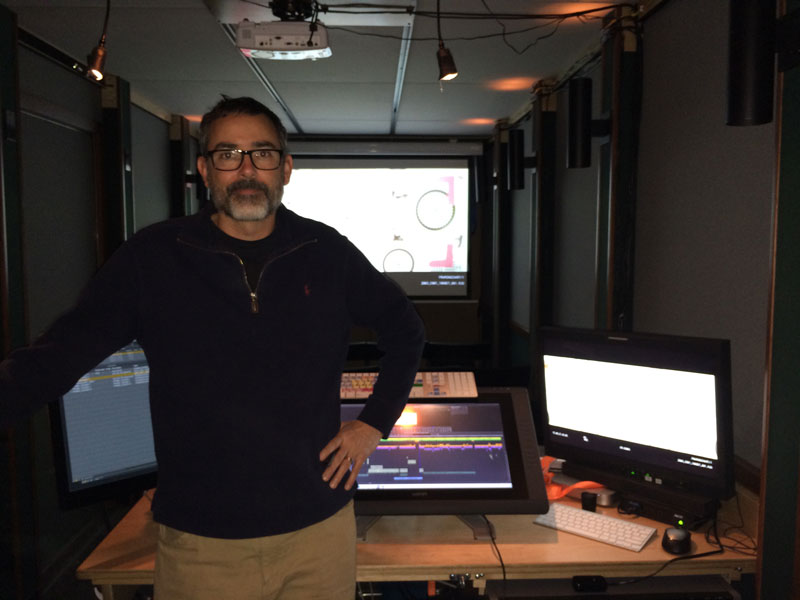 Bell likes to use Avid ScriptSync for recuts. “I don’t usually use it for the first cut, but it’s great for finding readings really quickly for recuts so I can make sure I have the right bit in there,” he says. He’s also a fan of shared bins for universal access to the latest cut, which he calls “a fantastic capability, a very simple and elegant system that works really well.”

An “early adopter of Avid,” Bell started in the business cutting film until his mentor, editor Robert Leighton, began looking at digital tools for the features he was cutting for director Rob Reiner. “I was the go-to guy for computers,” Bell recalls with a smile, “so I looked around at all the offerings on the market. I was a strong PC person, but I didn’t like Lightworks. So we went with Avid and bought four for Castle Rock Entertainment [which Reiner co-founded]—it was a major investment at the time.”

The Avid waveforms and smart-tools made it very easy to slip the wild lines into place.

Later, as Bell made his own way as an editor and needed his own editing hardware and software he embraced Apple’s Final Cut Pro. “I stuck with it until Final Cut 7 came out, and it became clear that Apple wasn’t taking the system in the direction it should go. So I switched back to Avid for Gulliver’s Travels in 2009 and haven’t looked back,” he reports. Bell subsequently cut Water for Elephants (2010) and The Amazing Spider-Man (2011) on Avid.

Bell is returning as the editor for the last of The Hunger Games trilogy, The Hunger Games: Mockingjay, which will be released in two parts. “Part one is in production now,” says Bell, who is back in Atlanta and already busy cutting on Avid with 5.1 sound. “This time we’re editing in a cutting room in a trailer and will follow the production,” he explains. “Cutting with 5.1 sound is new amongst my circle of friends. But Avid makes it easy to cut in 5.1. Using the audio mixer it’s very easy to designate sounds to spatial areas of the theater.”

Bell views The Hunger Games movies holistically as “a continuing story, one huge tale” although each film has to “work on its own” as well. It’s his goal that “everyone who’s read the books will enjoy the films and everyone who hasn’t will understand and enjoy them, too.”