To stay ahead of the competition and enable him to take on huge post-production projects for TV, film and commercial clients, JE-Digital has built up a powerful customized audio infrastructure based on Avid’s comprehensive tools for audio content creation powered by the industry’s most open, tightly integrated and efficient platform designed for media, Avid’s MediaCentral Platform. And to add even more power and flexibility to his workflow, JE-Digital recently became the first Avid customer in Scandinavia to purchase the very first HDX system in the region – currently the largest and most powerful HDX system available on the market. 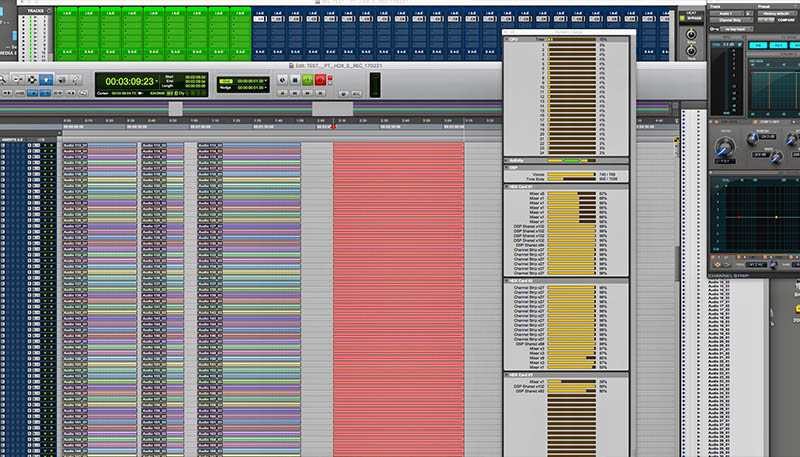 Avid Pro Tools is a cornerstone—without it, I have no business.

Avid Pro Tools digital audio software is integral to all of JE-Digital’s services, and its stability, compatibility and flexibility are key reasons that he has remained loyal to Avid’s industry-leading DAW, making him part of a worldwide user community of thousands. “For me, Avid Pro Tools is a cornerstone—without it, I have no business,” he says. “I’ve always worked on all incarnations of Pro Tools. I’ve been on Pro Tools | HD Native since 2012, and when faced with one of my biggest projects ever, I was more than ready to upgrade.”

Working in the Nordics and in the 4K/UHD broadcast domain means that Jesper Eriksson has to contend with a complexity of output formats on a daily basis. “In some countries like the US or UK you tend to only have one reference level,” he explains. “But here in the Nordics we can sometimes have up to four different levels. For a trailer mix, that’s four languages, all in mono, stereo and 5.1, in four different levels, meaning we can sometimes end up with a demanding project with multiple requirements.”

Working with audio in the 4K/UHD broadcast domain, with big surround formats, also requires a lot of I/O. “I want to do everything in the box, which usually means a large I/O count,” he says. “When working in Dolby Atmos, or larger 7.1 setups, we’re already at 50% of native capacity, before adding in extra layers like reverbs. Even with the setup I had, I was running at 95 percent of the native system, which meant power was limited for large-scale projects.”

As the first person in Scandinavia to invest in Pro Tools | HDX, Jesper Eriksson has a unique sound investment that enables him to meet and exceed his customers’ needs. The purchase was done through Soundware Sweden, an Avid reseller that Jesper Eriksson acknowledges has offered him a lot of support over the years. “For anyone in the post industry, you have to be as agile as possible,” he says. “I wanted to go as far as I could to remain one step ahead of my competition. With the latest version of Pro Tools | HDX, the internal bus structure and flexibility is close to limitless. Now I can just choose a new stereo or a new 7.1 and just go ahead and mix from there. I also don’t need to compromise my layout - I’ve got plenty of headroom. I don’t have to structurally rearrange tracks and I have more bandwidth across the board.”

With the latest version of Pro Tools | HDX, the internal bus structure and flexibility is close to limitless.

With Pro Tools | HDX, Jesper Eriksson was able to process, fix and QC over 2,300 television episodes from one major broadcast client. “On that project, I fixed and controlled all the sound in Pro Tools— including all file handling, re-syncing, up mixing, format converting and rendering.” Jesper Eriksson completed this project in less than 10 months.

His recent workflow update has taken his production facility to new heights and has future-proofed delivery methods with the flexible license options offered by Avid. “When you upgrade to Pro Tools | HDX, you can really raise the I/O,” he adds. “Everything is connected instantly meaning time-saving benefits that you really can’t put a price on. The integration with Avid Media Composer is also seamless in Pro Tools—a great benefit with any video work that accompanies certain projects.”

The power offered by Pro Tools | HDX is also being used for immersive audio at his studio. Jesper Eriksson explains, “One of my clients has a plan to output commercials in VR to YouTube. Plugins for ambisonics have been around for a while, so Pro Tools is an open system that I can build my own mixer and setup into, so with the familiarity, you can just start off in your usual way of working. You don’t need to learn something new. I plan to work a lot more in Dolby Atmos and VR, another factor that prompted me to expand my Pro Tools infrastructure.” 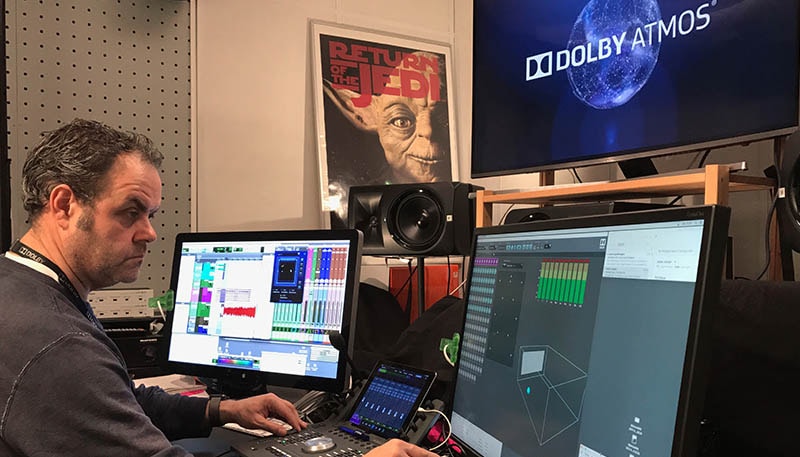 With demand for mastering cinema commercials, cable series and Blu-rays in the immersive Dolby Atmos audio format set to increase, as well as the rise of immersive audio formats for VR, I/O count is set to soar. With Pro Tools | HD software at its core, Pro Tools | HDX offers a CPU-saving dedicated DSP, plus the power of the computer, to handle highly demanding sessions. Users also can run up to 192 physical ins and outs, and have the power to run many more plugins than a computer could process natively. A single HDX card system can handle up to 256 audio tracks.

“To remain competitive, you can’t afford downtime. When you’re a one-man band, and are working with these kinds of clients, there’s no question. Moving over was easy – I installed it myself in around 30 minutes, and that was mainly taken up by applying a firmware update,” explains Jesper Eriksson. “Stability is so important. The major project involved the client wanting me to convert their entire catalogue, which worked out at 25 episodes a day. There was an enormous amount of files being converted in Pro Tools, which wouldn’t have been possible on any other platform.”