Today singers and songwriters need to produce music in live environments, and in situations where they need to set up quickly, to publish their music to the world.

Pro Tools offers high-quality sound, iLok Cloud, and a huge array of plugins, helping songwriters and producers to set up a studio anywhere.

Jon Tessier will not be nailed down. Born in Brazil, he is also part French, grew up in Kuala Lumpur and Kelowna, Canada, lives in Paris, and works as a studio engineer with Henry Sarmiento at Sonic Vista Studios in Ibiza, Spain. He is fluent in four languages (French, Portuguese, Spanish and English). 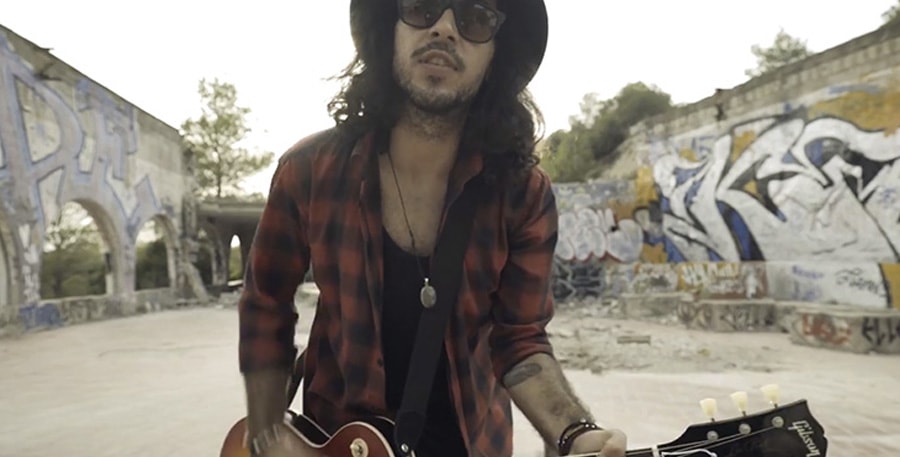 His music crosses just about as many boundaries as he has. With his Les Paul, he writes and records using Pro Tools, melding guitar rhythms and modern electronic pop, using plugin effects to give his music a rock edge. He cites The Doors, Tom Petty and the Heartbreakers, and Depeche Mode as influences, and songs like A Minute or Two and Summer Rain evoke those bands and more.

When I started out, my first DAW was Cubase—but as soon as I transferred my tracks on Pro Tools and heard them back, I was hooked! I made the switch instantly. 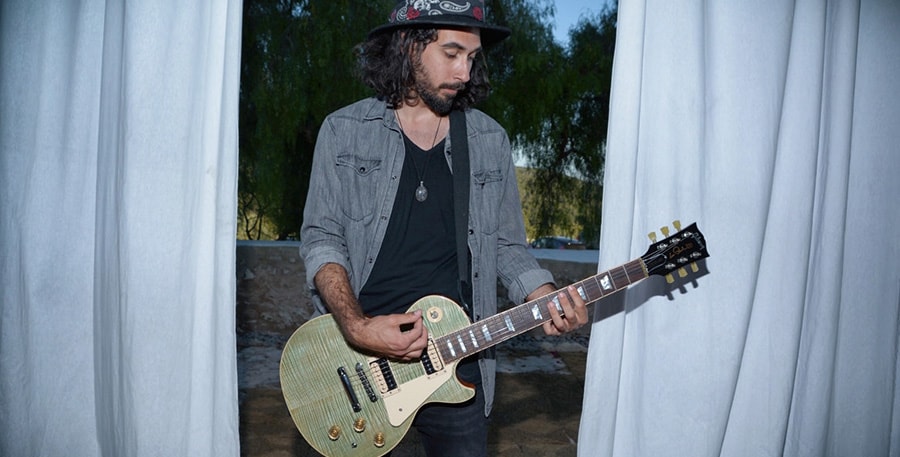 His song ideas are molded into crisp recordings with a jangling clean electric, a hard-edged crunch, synth pads and atmospheric flanged vocals. He takes a modern approach to music creation, recording whenever and wherever he gets the inspiration, often producing a song at a time. He has been keeping song ideas for years, recording and saving short clips of progressions and lyrics based on thoughts or quotes from novels that evoke a strong emotion from the time they were recorded. 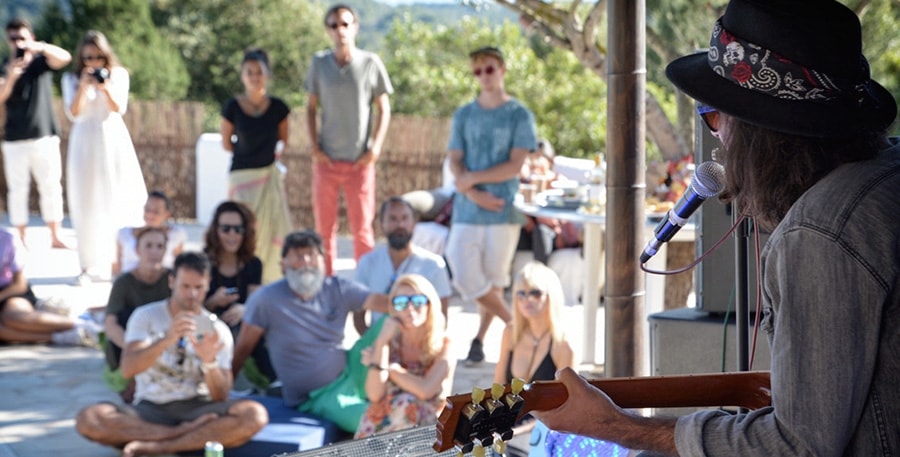 He releases songs, like his recently-produced In My Veins, as a single on his website and streaming platforms, and also uses YouTube to bring his music to his audience for free. He also packages singles together into EPs, for release on streaming platforms including Spotify and Apple Music. 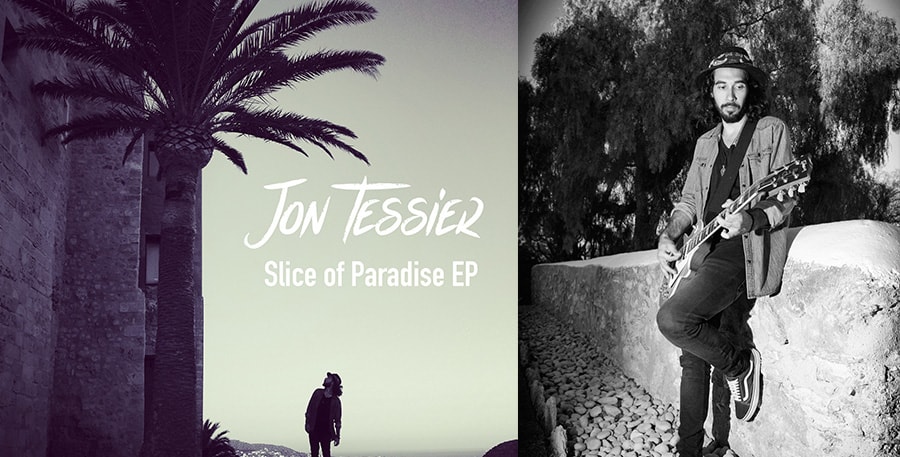 As a nomadic producer, he needs a portable studio to record, edit, and mix music wherever he happens to be. In 2018, he was in Austin for SXSW, where he performed and recorded with Pro Tools. For turning his recordings into an immediate, ready-to-share song, he uses Pro Tools’ stereo offline bounce feature, which he finds superior in sound quality to anything else. To Jon, this is a game changer.

There’s something about Pro Tools stereo bounce that sounds so much better than any other recording software. It captures the performance perfectly, anywhere, and iLok Cloud is really useful for that. 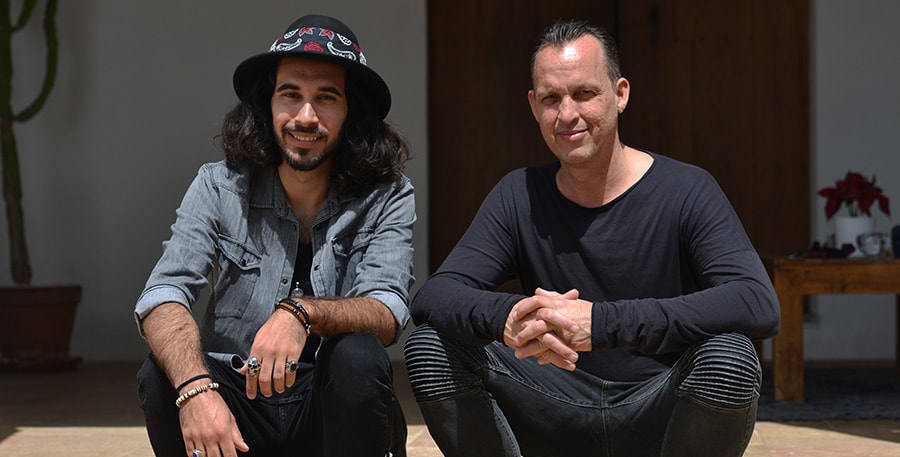 When Avid made iLok Cloud available in January 2018, it gave performers and engineers like Jon the option to work iLok-free, wherever there is internet availability.

Jon uses the Akai Max 49 to control MIDI plugins when in the studio, and the Korg NanoKey when traveling. He uses plugins for distorting and transforming vocals, as well as virtual synths and piano plugins including Massive, Sylenth, Mini Grand, DB-33, and the Lounge Lizard EP-4 Organ. For virtual drums, he relies on plugins like Boom, Xpand!2, Addictive Drums, and sample packs with legendary analog TR808, TR909 and Lynn Drum sounds.

Jon’s typical on-the-road studio setup is an Apogee interface and Pro Tools. He uses the Waves GTR effects plugins to give the guitar and bass tracks an alternative-rock style overdrive edge. The Pad-O-Sphere effect is a favorite, giving his Les Paul a multi-dimensional depth, and he also uses the Eleven Rack for vintage amps and legendary speaker rigs. Currently, Jon can be found performing live as part of Ibiza’s legendary music scene. 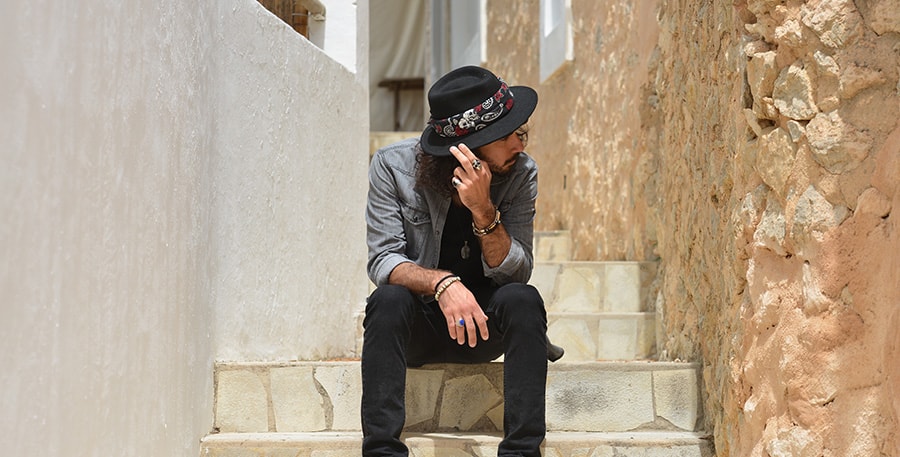 Because Pro Tools allows producers to create music with clear, high-quality sound and a huge array of plugins, songwriters like Jon Tessier can set up a studio and get his music to the world quicker than ever.

Here’s Jon’s song Like the Sun, recorded and shot at Sonic Vista Studios: