Award-winning re-recording mixer Jonathan Wales has given sonic life to numerous movies, TV shows, and documentaries for decades, including Get Out, Memento, Gaga: Five Foot Two, and The Haunting of Hill House. And throughout his sound mixing career, he's been using Pro Tools DSP-based systems—from the Pro Tools III NuBus in the mid '90s to Pro Tools | HDX today.

But as the number of tracks and voices in his sessions began to skyrocket over the past few years—especially with the rise of Dolby Atmos®—he found that the way in which HDX systems rely on DSP for mixing was becoming an issue. Suddenly, he found himself having to be more strategic in his mixing approach to ensure he didn't run out of DSP.

He wasn't alone. Many of his music and audio post peers in the Avid Customer Association (ACA) were experiencing the same issues. So, during one of the quarterly ACA meetings, he and the audio committee spoke up about it. 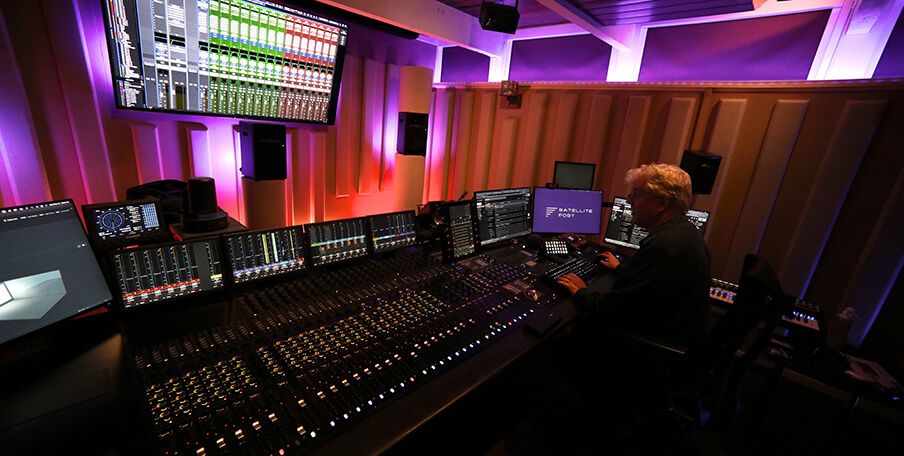 Wales—who normally mixes at Warner Bros. Studios—working in his home studio during the pandemic.

A Simple Ask Leads to a Game-Changing Innovation

"A couple of years ago, we said to Avid, 'We need to get the audio mixer off the DSP in HDX,'" he explains. "The main reason for this was because with the traditional way of working with DSP in HDX, all your mixer paths—all your busses, all your sends, and everything to do with the structure of your session—had to go in DSP. If you look at one of my sessions from before, the mixer filled up so much of the DSP that there was hardly any room left for plugin processing. The only thing it was doing was creating busses to go from point A to point B. With Atmos, your busses are often 10 channels wide. These types of formats made the mixer models much more difficult to fit on the DSP."

At the time, Avid was working on a new Pro Tools innovation that would allow users to toggle tracks between native and DSP modes on demand in the software. This would ultimately allow the audio mixer in HDX to run natively instead of requiring DSP. Wales and committee were thrilled.

That's how the newly patented Hybrid Engine for Pro Tools | HDX came to be. The technology enables the best of both worlds—native power to handle the largest mixes, and DSP for ultra-low-latency recording—all at the touch of a button. And Wales has been testing it from its early alpha beginnings. "We knew right away that this was it," he proclaims. "It's literally like Pro Tools got supercharged! It's faster and it's much more scalable and responsive."

The Beauty of the Hybrid Engine

To help other HDX users understand the added benefits, Wales explains it this way: "With regular HDX, if you use a native plugin on a track or an aux in conjunction with the DSP mixer, every time you come in and out of the DSP environment, it uses extra voices. So, if you take a 5.1 aux and you put a 5.1 native plugin across that, all of a sudden, you will have used up six voices just for putting that plugin in. Start multiplying that by a lot of paths in a session and that's a huge voice penalty!

"If I have a session that uses 700 voices in HDX 3 and I open it using the Hybrid Engine, all of a sudden, it's only using 380 voices, so it's like, 'Cool, this session can get a lot bigger!'" And he did make that session "bigger and bigger, and everything still worked!"

Performance is on a different planet. You get the power and flexibility of native processing with all the benefits of HDX when you need it.

The HDX Engine also eliminates plugin roundtripping, significantly reducing system delay. "Each time you'd roundtrip, it would also increase the system delay because it would add the buffer size every time," he explains. "So, not only did my session with 700 voices come down to 380 voices, its system delay halved from 8,600 samples to like 4,000 as well. System delay is a big deal because if you move a fader and turn something up, how long it takes before you hear it is dependent on the system delay. 4,000 samples is like two frames, which is pretty close to indetectable. This makes the whole thing feel much more connected."

Wales also finds that doing simple tasks like opening a session or changing routing—especially with full sessions—no longer lags due to the system having to optimize DSP allocation. "Performance is on a different planet," he asserts. "You get the power and flexibility of native processing with all the benefits of HDX when you need it—massive I/O, frame edge sync, and high-performance DSP on demand." 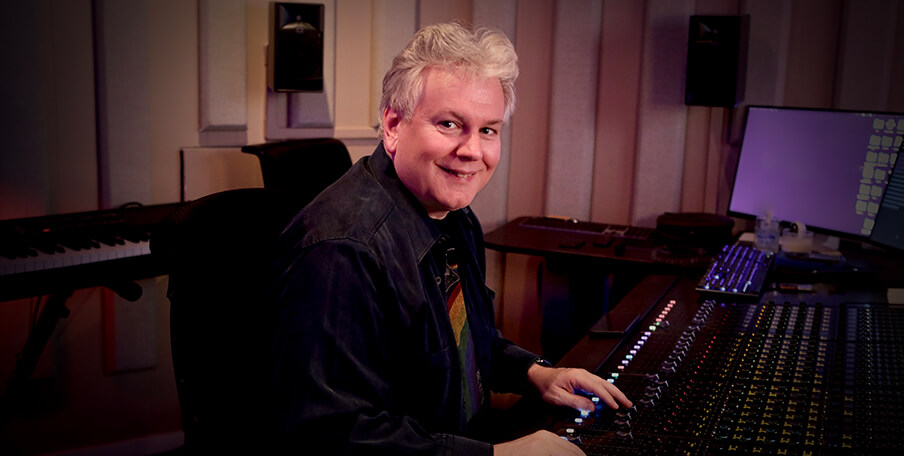 Having started his career as a music producer, Wales was invited to work on a movie project in the mid-'90s and thought, "Wait—this is cool," and hasn't looked back.

What Every HDX Owner Should Know

Overall, Wales is ecstatic to see how Avid was able to bring an innovation that he and the audio community helped shape to reality. "For a long time, it felt too good to be true," he says about his months of testing. "We can't live without this. That's how big of a deal it is. Once I had a taste of it, you'd have to drag me kicking and screaming to go backwards, literally."

HDX has been completely reinvigorated, which is massive. The fact that this has been achieved using existing hardware is mind-blowing.

But to him, the biggest win is that not only is he benefitting from the huge performance increase, he's doing so using the same hardware he invested in years ago.

"HDX has been completely reinvigorated, which is massive," he says. "The fact that that has been achieved using existing hardware is mind-blowing. The fact that the Hybrid Engine is free in Pro Tools | Ultimate with only a software update is quite simply the biggest performance improvement in Pro Tools history. Right now, DSP becomes a choice. We can use it when we need to, but we don't have to use it when it doesn't make sense. It basically means there are no limits now to what we can achieve." 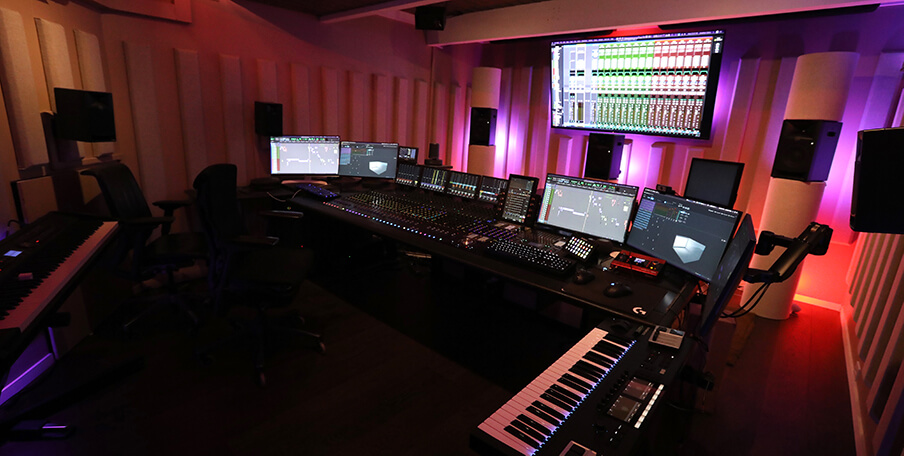 Wales's home studio has much of the same gear he mixes with at Warner Bros., including a Dolby Atmos mixing setup.