The complex audio production of three sold out shows for Norwegian hip hop super stars Karpe Diem at Osloâs Spektrum Arena needed to be taken to a completely new level.

Four Avid VENUE | S6L consoles, with dual layouts for both FOH and monitors, were used to cover the live performance of Karpe Diem along with other Norwegian guest artists like Definite, OnklP, RSP, and Apollo among others.

Karpe Diem are Hip Hop superstars in Norway. They have built a reputation for being one of the most active live bands in the country, and are also well known for their collaborations with a great number of other Norwegian artists like Definite, OnklP, RSP, Apollo, DJ Don Martin, Emire, Jesse Jones, and Vinni among others.

Their three sold out shows at Oslo’s Spektrum Arena in April 2017 were not just a triumph for Magdi, Chirag, and their regular band, Something Sally and DJ Marius Thingvald—it was also a powerful demonstration from Norwegian equipment suppliers. The artist that took audio and light production to a completely new level was Norwegian rap duo, who in the course of 15 years, have grown from playing a Hammersborg leisure club to selling out three packed shows at the Oslo Spektrum Arena, supported by a crew of about 350 people working 24/7 for a whole week. 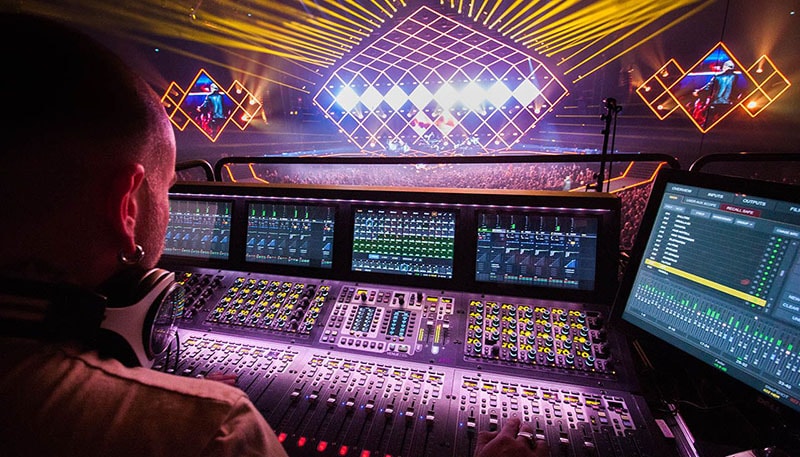 Lydkjelleren, in collaboration with Avid live sound partner, Benum, provided a huge Adamson rig with additional rear speakers for surround effects. Lydkjelleren / Benum also provided Shure wireless systems for microphones, instruments and in-ear, as well as four Avid VENUE | S6L consoles, with dual layouts for both FOH and monitors, so that if anyone in the audience did throw beer onto one of the mixers, the other would seamlessly take over.

We had the chance to talk to FOH mixer, Espen Alexander Husby, to get his perspective on the shows and mixing with the VENUE | S6L. 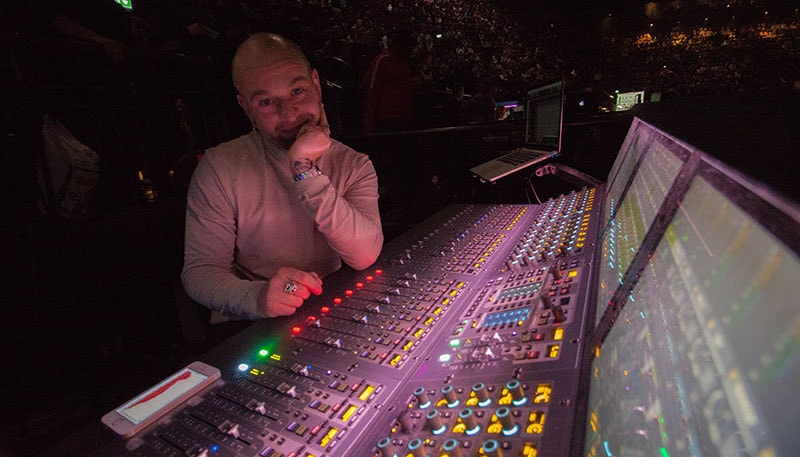 Why did you actually use four S6Ls?

We had two S6Ls on FOH and two on monitors. The reason why was just because the production directors decided to run everything for these shows extremely safely. So, to make sure that we could carry on seamlessly if anything happened they wanted to have full backup for every crucial part of the production. But apart from being the backup I used the second FOH S6L for recording the show.

Was this decision based on some trust issues regarding reliability of gear?

No, not at all. We all are very happy with the stability of our systems. It was just the guys in the band who thought, “Well, it is in the budget so let’s play it ultra-safe.” And then, “Hey, look at the pictures—it also looks cool!” (Laughs).

How many signals did you work with?

In total I ended up with 64 channels of signals from the stage. The band had an acoustic drum kit on stage with quite a lot of additional trigger and sample modules to get some of the ultra-fat hip hop/RnB sounds going. Then there was electric bass, a double bass for one song, guitar amp, and a bunch of keyboards. They also had a DJ, a couple of backing tracks, some FX and scratching, and of course a lot of vocal lines. The two main singers in total ended up with 5 hand held mics, with two of these mics going directly into Autotune just for the typical autotune sound effect.

How do you approach the mix with the S6L?

I have been touring with the S3L-X for quite some time. I had one of the first units that came to Norway and I’ve been working with it around the world for the past 2–3 years. I love it because I can even take it on the plane. That is not possible with the S6L—unfortunately. The transition to the S6L was no problem at all because I could simply open my show files and seamlessly proceed with them on the S6L. All my settings and programming remained unchanged except for some McDSP plugins, that I have on my S3L-X which I just substituted with internal S6L processors. There was no need for external outboard at all. We were running the show entirely in the box. 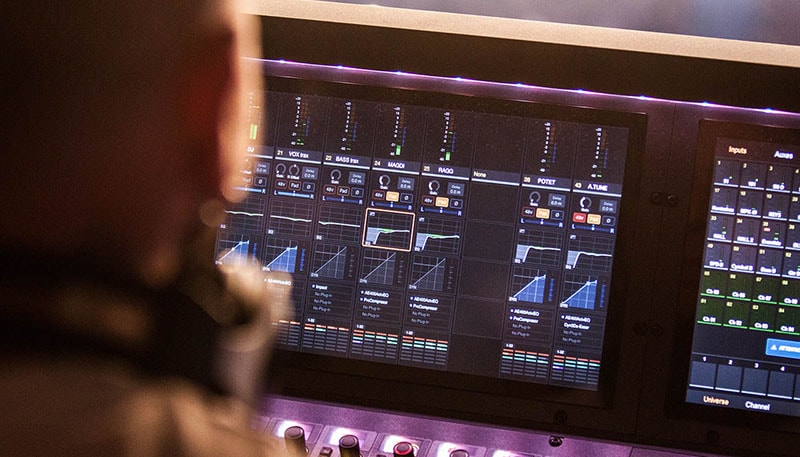 Can you tell us which plugins you use?

I use the MCDSP AE400. I have it basically on everything, on the Main-Out, the keyboards, the vocals, and the tracks. I also use the Pro Compressor on vocals, and I really like the Impact compressors on the drums.

Regarding the desk itself, what I really like on the S6L is [custom] Layouts, which is extremely convenient. You can have individual layouts for every song. I really like the fact that I can have all the important stuff for each song in front of me at all times. It’s worth mentioning that I also use the surround option as we were running a quadrophonic PA for this event. To have all the effects returns on faders to feed the individual PA-towers is really fun. Together with the band I had the idea to do this, we had a 4-channel PA in the venue, which was a lot of speakers, and required quite an effort but it also was great to use this creatively.

Some final thoughts regarding the S6L?

Well, it is definitely the best desk I have used so far. Nothing else has come close to it in terms of ease of use, flexibility and workflow. And the most important thing is that it sounds absolutely fantastic. The depth, the clarity—everything—it has so much headroom. It never squeezes anything together, plus there is always room more and more channel—it seems to be endless. A month ago, I was at the same venue with 91 channels and 50 people on stage and I had no problem at all separating the signals on the S6L. Absolutely amazing. It’s been a cool ride learning to mix on the S6L.

We also had the latest version of the VENUE software installed, so the support guys were able to show me some of the new features, which was very helpful. I am really looking forward to playing around with the software and the desk some more to learn a few new tricks and shortcuts. 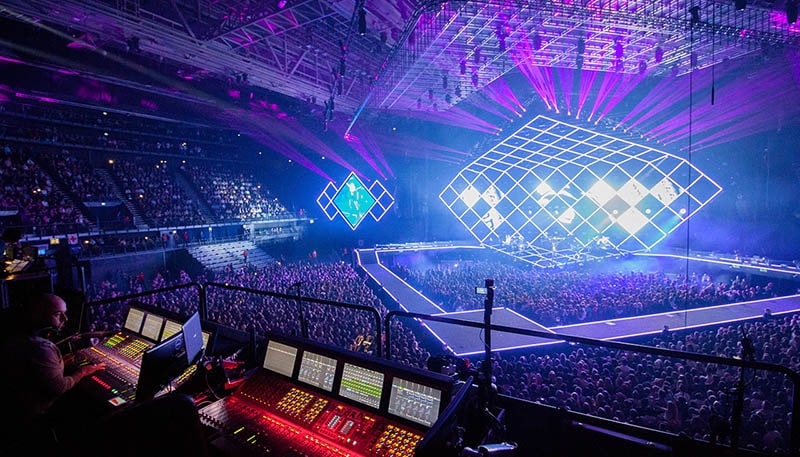 Well, it is definitely the best desk I have used so far. Nothing else has come close to it in terms of ease of use, flexibility and workflow. And the most important thing is that it sounds absolutely fantastic.