To bring as much realism as possible to the feature-film adaptation of Kingsglaive: Final Fantasy XV through high-quality and engaging content, rich sounds and dialogue that immerse audiences and help propel the story.

The Final Fantasy video game franchise has enjoyed incredible success, and earned a devoted following ever since the games’ inception in the late 1990’s. It was only a matter of time before the game series was adapted into major theatrical releases. Written by Takashi Hasegawa and directed by Takeshi Nozue, Kingsglaive: Final Fantasy XV, the latest installment in the series, was released in August 2016. This CGI-driven film boasts a prominent cast including Aaron Paul, Sean Bean and Lena Headey, along with a bevvy of talent behind the scenes.

With powerful characters and settings, the film features breathtaking backdrops and heart-stopping action. The Final Fantasy world is a rich one where King Regis reigns supreme in the magical and visually stunning kingdom known as Lucis, where he protects his realm through a sacred crystal that bestows magic and power. As the evil Niflheim Empire plots to steal the crystal, King Regis calls on his elite soldiers called the Kingsglaive to fight to ensure their kingdom’s safety.

The challenge for re-recording mixers Jeff Haboush, Tom Marks and Greg Russell was to ensure that each character portrayed in the video game correlated to the big screen in a believable way that was completely unique. For Kingsglaive: Final Fantasy XV, the trio embraced Avid Everywhere by utilizing the industry's most trusted tools for audio production, Pro Tools from the Avid Artist Suite, powered by the MediaCentral platform, the industry’s most open, tightly integrated and efficient platform designed for media. 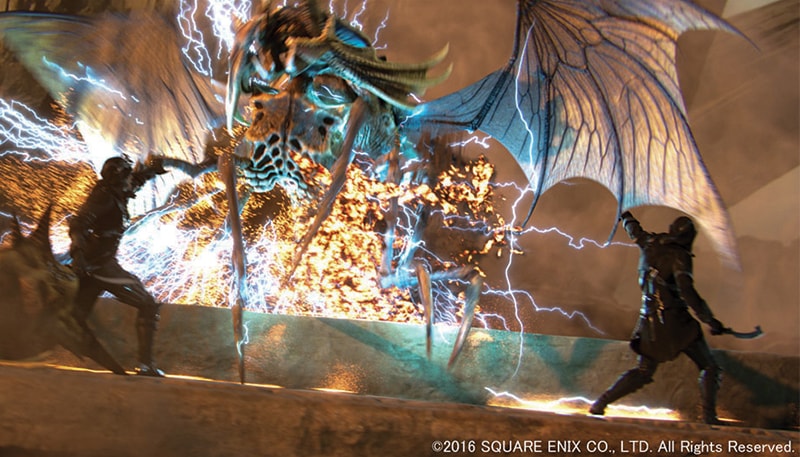 Utilizing Avid’s most comprehensive tools and workflow solutions to create, distribute and optimize media, the seamless workflow was comprised of 16 Media Composer systems deployed across two continents to enable 24/7 collaborative editing. Jeff worked on dialogue, Greg handled sound effects, and Tom contributed to sound effects, dialogue and foley. The sound supervisor, Atsushi Suganuma traveled from Japan to oversee mixing and act as the liaison between the director and the Los Angeles team. “What made this film unique is that Atsushi came to Los Angeles to do all the pre-dubs with us,” says Tom. “Then finished the mix in Japan with the director, where they took our pre-dubs and put that up with the music and final picture. Pro Tools allowed for a seamless transition and enabled flexibility when it was critical, with distance not making a difference,” he added.

Pro Tools was the catalyst that facilitated global collaboration for the entire team. Tom says, “The sound effects and dialogue that Atsushi’s crew were editing in Japan on Pro Tools would be sent to us at Technicolor to mix. We pre-dubbed for a month on an Avid System 5 console in EUCON mode. We mixed virtually so that the pre-dubs could be adjusted as the picture changed and updated shots would come in. Additionally, we wanted the director to have control over elements in the pre-dubs since the final mix would be his first time hearing everything.”

“We have multiple Pro Tools plugins and we really try to stay consistent with the automation, but we also have a desk that the Pro Tools will follow,” Jeff says. “The automation, the moves that we make on the desk are written into and follow along with Pro Tools, which is ultimately our goal, because if you’re going to make changes and move forward, you want the automation to follow in Pro Tools.” Jeff adds, “Again, the challenge is making the animation feel real, and using the Pro Tools plugins that are available helped us make the movie sound the best it can.” 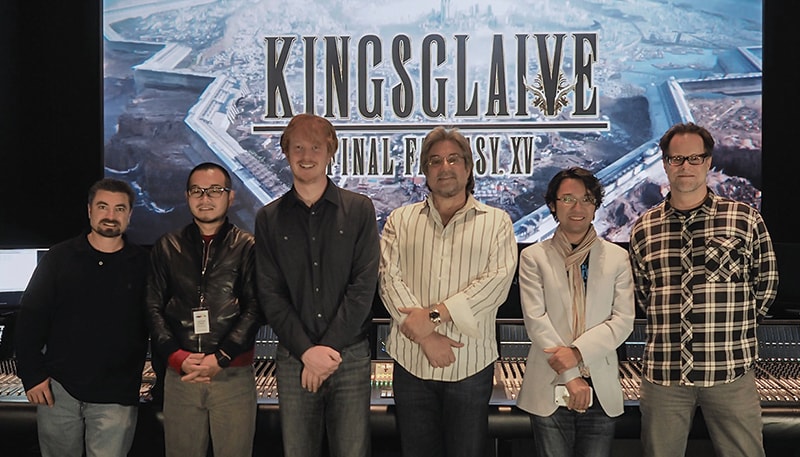 Adventure and action films with ever-changing visuals take a team of people to pull off. Having reliable and good sounding tools is important for everyone involved, and Pro Tools gives us that.

A unique challenge in adapting video game characters to the big screen is ensuring that each has its own unique voice and overall sound. “With a video game movie you have characters and gods,” says Jeff. “They could all start sounding the same with the same sort of effect on their voices where they’re just big, bold, and powerful, and coming out of all speakers.” Jeff turned to Pro Tools to help him achieve these different resonances. “You want to manipulate and play with different programs, so you can make each one of these characters sound different, so when the audience is viewing the film they’re not carrying one tone and one sound for all—they have their own individual characteristics.”

But the characters voices and dialogue were only two of the many aspects to a holistic effort. Jeff speaks to finding the balance. “My approach for any film is I want to hear everything. I want to hear dialogue, music and sound effects. I want them to be balanced properly, so you’re not distracted by certain sounds. You don’t want to be taken out by something that’s just out of balance, so it’s very important to have a nice full powerful soundtrack, hear all the words and experience and enjoy it all.” 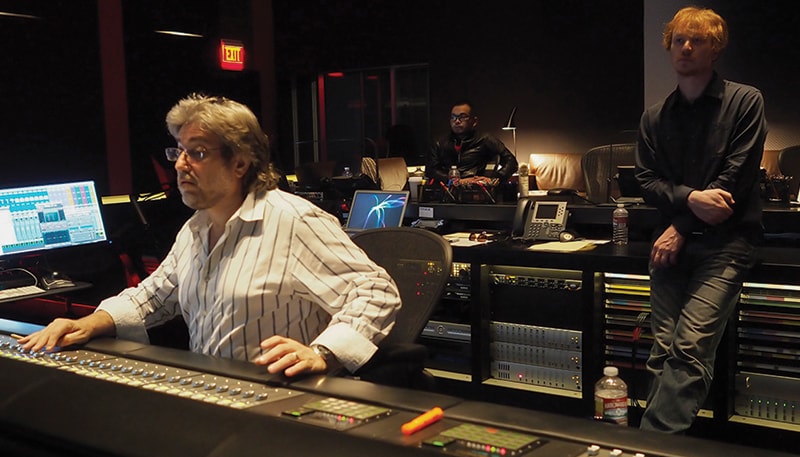 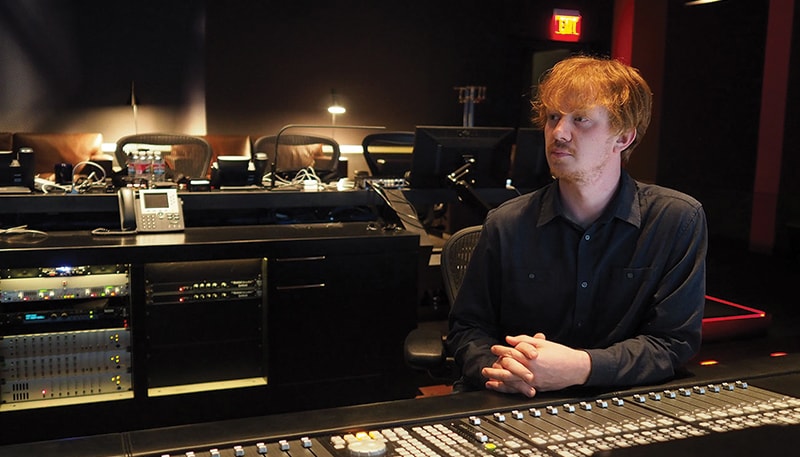 Kingsglaive’s near non-stop action also added challenges for the sound artists. “This film has flying ships, explosions, weapons, magic, and epic battles,” Tom says. “We would have sequences with over 1000 tracks. Clarity is key to helping sound tell the story, so we made a lot of mix decisions in the pre-dubs to achieve that. By keeping the mix virtual, we knew those decisions could easily be changed in the final mix if needed.”

The Kingsglaive sound team is a part of the industry’s most inspirational and award-winning thought leaders, innovators and storytellers that keep the community at the forefront of creative techniques and workflow best practices. For Tom, having the right tools to tell the story and realize your vision are critical to any mixing project. “Adventure and action films with ever-changing visuals take a team of people to pull off. Having reliable and good sounding tools is important for everyone involved, and Pro Tools gives us that.” The process wasn’t unique for this veteran sound team, but every film’s requirements are. Pro Tools was instrumental to bringing the sound this action-packed and visually dramatic film needed to the big screen. 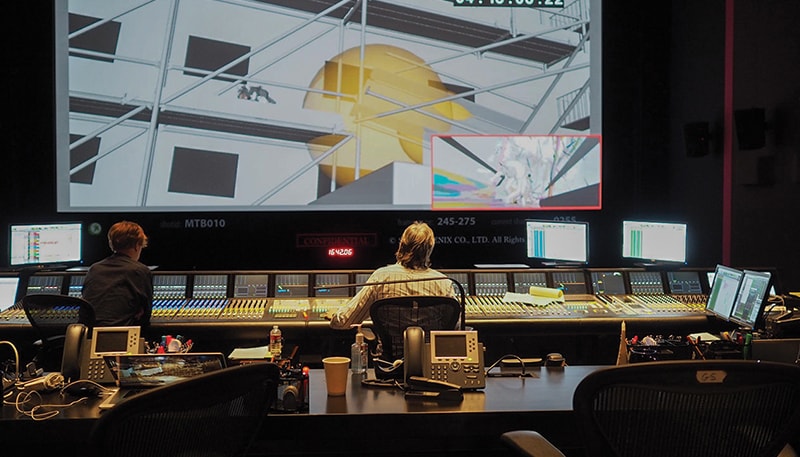