Outfit the largest church facility in the country with powerful digital mixing consoles.

Compaq Center, perhaps best known as the one-time home of the Houston Rockets basketball team, has changed ownership and undergone an extensive renovation resulting in the new Central Campus for Lakewood Church—the largest and fastest-growing congregation in America. The church’s mission is one of “reaching mankind with the Gospel through media,” hence; broadcast and Internet streaming play a significant role in its activities. Serving as the nucleus for these various media-related tasks are multiple consoles from Avid. 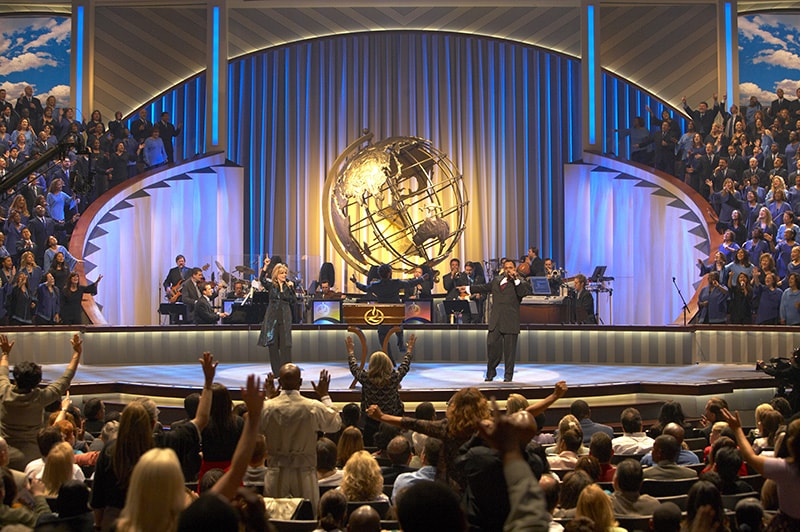 Renovated at a cost of $90M and providing seating capacity for 16,000 worshippers, the facility’s original playing surface has been replaced with a raked floor, while one end of the arena is now home to an elaborate stage area with dual choir lofts, an orchestra “pit” capable of multiple elevations, large LED screens at stage right, center, and left, plus cascading waterfalls on each side of the stage. Central to the church’s production activities, there are four Avid consoles—a System 5-B at the sanctuary’s FOH, and two System 5-BP consoles for on-air and audio post work.

On July 16 and 17, 2005, Lakewood celebrated the grand opening of its Central Campus. According to Reed Hall, Lakewood’s Director of Audio and Technical Production, “People packed the main sanctuary and video overflow rooms to be a part of the church’s historic activities. The grand opening was carried live on two national networks, with special guests including founding members and their families, construction contractors who helped transform the sports arena into a house of worship, and several government officials including Texas Governor Rick Perry.” 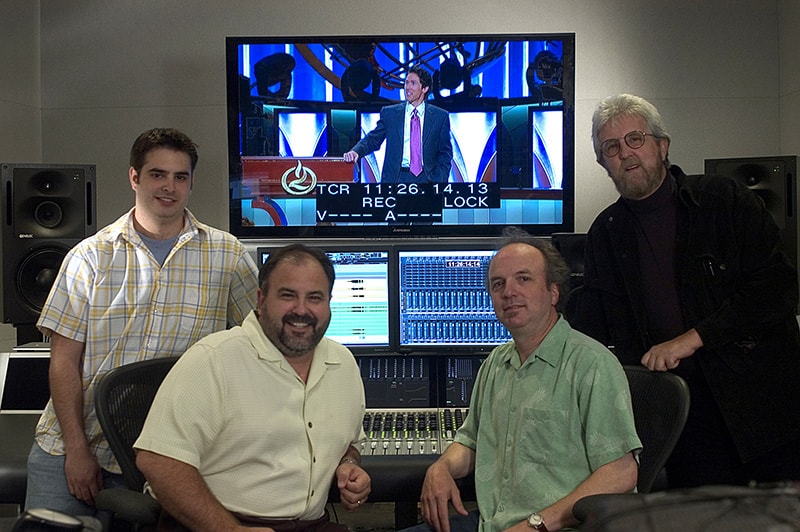 Hall’s selection of Avid's System 5 was based partly on previous experience, combined with extensive research and comparison of competing systems. In the church’s previous location, Hall used a System 5-BP, which just prior to the grand opening, was relocated to its new home in a building adjacent to the main sanctuary. This facility is equipped with two identical control rooms developed for the church by the Russ Berger Design Group. Hall installed a second, new System 5-BP in the other control room and equipped both rooms identically.

In addition to identical System 5-BP consoles, each control room and FOH is equipped with 112-channel Steinberg Nuendo DAW systems that function as the main recorder/reproducers. MADI serves as the common interface between the consoles and Nuendo, while iZ Technology RADAR and TASCAM DA-98, 88, and 38 digital multitracks provide backup.

We’re proud of our work here at Lakewood Church, and we’re delighted to have Avid as part of the mix.

Hall notes, “We looked at a wide range of products, and settled on Avid due to the System 5’s open architecture, its ability to handle remote microphone preamps, and the flexibility of the console’s layout. We’ve been particularly impressed with the console’s Spill feature, which facilitates easy access to both stereo and surround component sources, making it very easy to bring multiple sources to the console’s surface, as opposed to having to step through numerous layers or pages. This is a really useful feature that makes it quick and easy to get to a specific signal.” 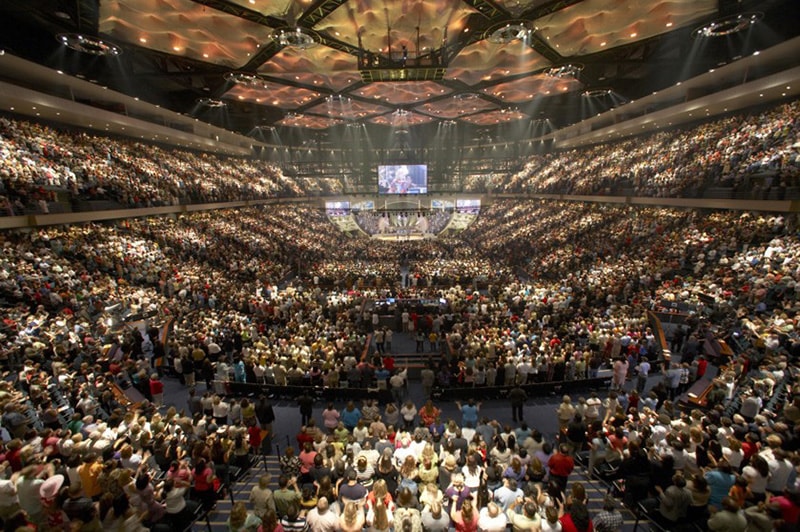 The orchestra pit (which consists of the majority of the system’s audio signals) is the source of 64 inputs that feed an equipment rack in the monitor room, located in a special area underneath the choir loft. Visual support from this position is provided by a CCTV video monitor system.

Analog cables arrive at a patch bay, which then feeds the Avid mic preamps. From here, signal is converted to digital and sent via fiber to the 5th floor control rooms in the adjacent building. These signals are also split off and sent to the monitor console to eliminate any possible latency issues. Each System 5, in addition to its own network hub, is connected to a master hub that reformats the MADI streams to utilize all 56 channels versus the 26 channels that would otherwise arrive via the mic preamps. Signals are then re-distributed to the two System 5-BPs in the adjacent control rooms, while the System 5-B console at FOH has one to one access to the mic preamps. 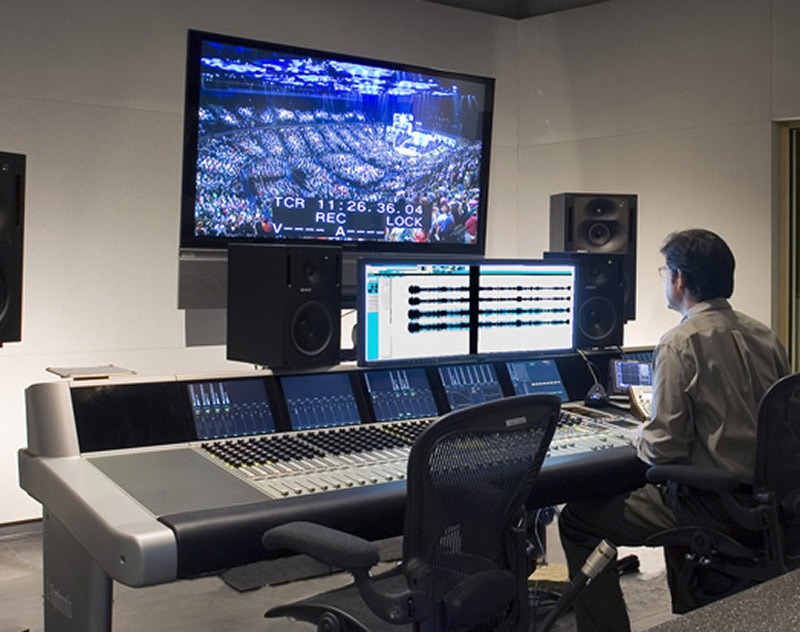 With a congregation of roughly 40,000 members, Lakewood Church is a non-stop whirlwind of activity that continues to grow and places heavy emphasis on its cutting-edge production values. “We conduct four services each weekend,” notes Hall, “three in English and one in Spanish, and we rely heavily on our Avid consoles. Throughout the equipment selection process, installation, and testing, the Avid team was right there—providing an unparalleled level of support. Tech support personnel were extremely responsive to our requests for information and, similarly, the sales group was equally helpful. We’re proud of our work here at Lakewood Church, and we’re delighted to have Avid as part of the mix.”