When producing with instruments and sounds from a broad range of sources, it can be difficult to keep ideas, inputs, sends, and everything else organized

Pro Tools enables Casanova to start and finish a track and maintain control of the whole process all in the same session, whether he's chopping samples, connecting to an external instrument, or working with soft synths

The COVID-19 pandemic has wrought havoc on the live music industry. But for DJ, electronic music producer, and record label founder Lazaro Casanova, the pandemic also provided a silver lining in his search for inspiration.

Based in Miami, FL, Casanova identifies as a producer first and a DJ second, but this wasn't always the case. When he started in the local EDM scene in the early 2000s, Casanova remembers "it was a time where you could be a DJ without having to produce, but I only caught the tail end of that. Two to three years in, people started asking 'what songs do you have?' So, although I always used to consider myself a DJ first, I'm a producer first now."

He got his first major boost in the summer of 2006 when he was invited on tour with Canadian electronic duo MSTRKRFT and American electronic musician Juan Maclean—a pairing he would join again on subsequent tours. But like any artist looking to push themselves further, Casanova began searching for ways to flex his creativity as a music producer.

The Drop into Pro Tools for Electronic Music Production 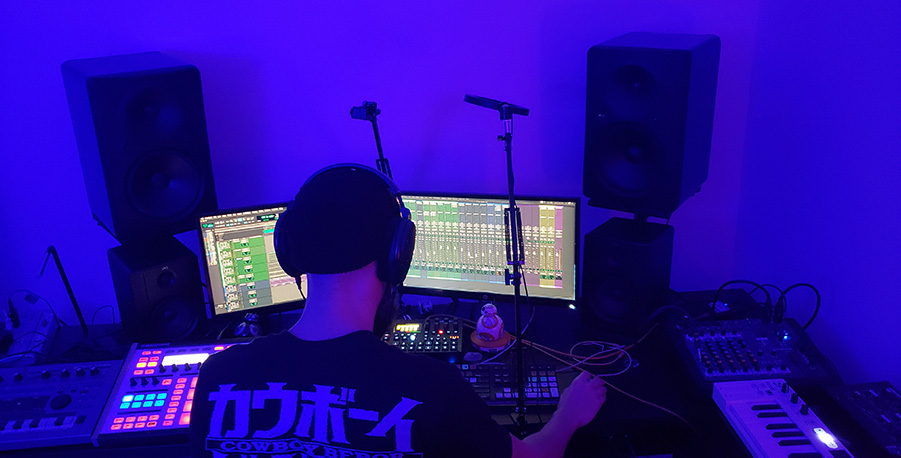 “I toyed around a little bit with Reason when it first came out,” he reveals. “I’m glad the Internet wasn’t archiving things as much as they do now because there are definitely songs I’ve made during those times that are lost on a hard drive somewhere, and I’m glad that they’re not out there!”

He also messed around with Ableton Live, but it was one of his musician friends who convinced him to switch to Pro Tools. “It was the silliest argument,” he fondly remembers. “He said, ‘It has the word pro in it—the pros use it—why wouldn’t you use Pro Tools?’”

That fluke decision proved to be important for Casanova, as he’s stuck with Pro Tools throughout his career. But he wants it to be clear—he doesn’t just stick with Pro Tools because it’s comfortable to him. He chooses Pro Tools because he feels that it allows him to create his best music. He appreciates the more organized workflow Pro Tools provides and can’t imagine using anything else.

“It is a logistical nightmare to work in a platform that I’m not comfortable mixing in and creating in at the same time,” he says. “Pro Tools is the only workflow that doesn’t make me feel crazy… It has never made me need to change my workflow—it has only improved on old habits I already have.”

Casanova’s creative process often follows a pattern, starting with the drums. Since EDM is a genre whose purpose is to make people want to dance, the central drum groove is the most important part of electronic music production—or the “meat and potatoes,” as Casanova calls it.

“My favorite moment is when I get to a point where—no matter how simple the beat is—I realize that I could listen to it alone for 25 minutes straight and not get tired of it,” he reveals. “Sometimes that just never happens. Sometimes you make a beat and it just goes back into the hard drive… When I find that groove, it then becomes all about what I can do to make this groove sound cooler, because you’ll eventually always come back to this.” 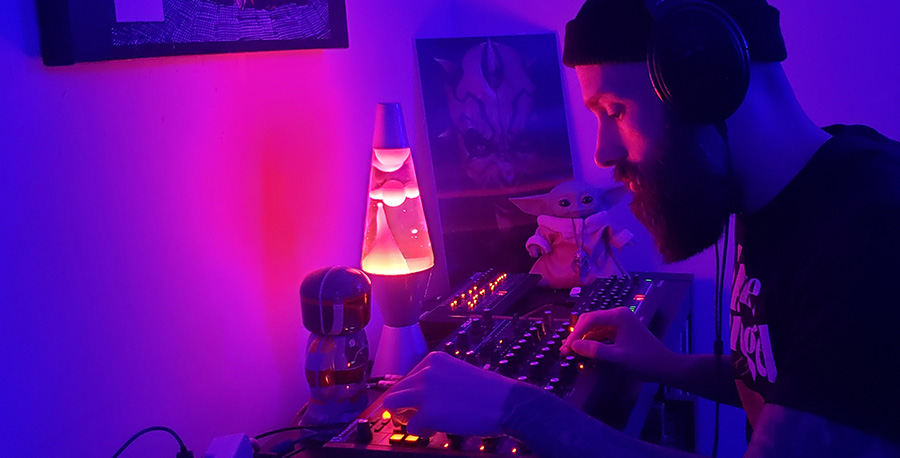 To produce his sounds, he taps into his growing collection of gear, which includes Native Instruments Maschine, a Digitakt drum machine by Elektron, and a Nintendo Switch, which he’s retrofitted into a synthesizer with the Korg Gadget app. But, he admits, that’s only the beginning—he’s “just begun to go down the rabbit hole of buying gear.”

Finding Inspiration in a Pandemic

Being inspired to create is something Casanova often wrestles with. But he’s found that it’s often the most difficult times in his life when inspiration strikes.

“I find myself being the most productive when things in my life are not going great,” he admits. “The music helps me get away from the real-world problems. I’m still trying to figure out how to be happy and make music I’m happy with.”

While the pandemic has limited opportunities for many, for Casanova, it brought an opportunity to create. And in November 2020, it culminated in the release of his debut album, 1986. 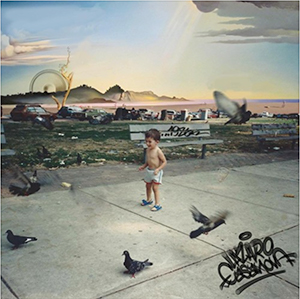 Casanova brought nostalgic, often personal feelings to his album by incorporating sounds from his childhood. “I took the opportunity to sample some of my favorite cartoons and video games from when I was growing up,” he says. “When you take something that’s unique to you, with sounds that trigger memories, and slap it on a song, the song automatically sounds different than something someone else did because it’s got something that means something to you.”

Having a home studio has also been vital to his creativity—as long as there’s balance.

“I was living in a studio space, with my bed right next to my desk, and it was a struggle for me to find a healthy balance, being a studio rat,” he recalls. “Everything I did revolved around my work. At times, I wouldn’t even eat because my work was just front and center… Now I have a two-bedroom setup, where it feels a little more like I’m clocking into work. To have a space where there’s nothing I do besides music.”

While producing and performing music are at his core, Casanova is also heavily involved in the business side of music. He owns a record label, petFood, and uses it to not only promote his own music, but to find and help up-and-coming artists grow their fanbase—often to international levels, like in the cases of Waze & Odyssey, Urulu, No Artificial Colours, and Poupon. He’s also the manager of Murk Records, the legendary Miami label founded in 1992, and a manager at the Miami afro-house label, Made in Miami.

Hope for the Future

Despite the triumph of his debut album release, the pandemic has not been kind to DJs and other live performers like Casanova.  But hope seems to be on the rise, with unique opportunities steadily popping-up for DJs.

“I’ve been fortunate to be able to DJ in outdoor areas for people who are sitting down at dinner tables, but it’s nothing like the feeling of having a dance floor of people in front of you,” he admits. “Especially in the case of house music and the EDM dance world. But I’m not complaining because I have friends in New York who can’t even DJ outside for people sitting down.”

Despite what the past year has brought—or taken—from his career and passions, Casanova looks to the future with admirable optimism. He’s hopeful for a return to normal DJing this year and to continue exploring possibilities in future productions, as he hints at an interest in working with new genres in the future.

So, if good things really come to those who wait, Casanova and his fellow DJs have a lot of good things coming.