Leverage cutting-edge solutions built upon the Avid MediaCentral platform to unite production teams and weave together more than 470 hours of location footage.

Mad Max: Fury Road is the fourth film in veteran director George Miller’s Mad Max franchise, and the first Mad Max film in 30 years. Set in a stark desert landscape, the film stars Tom Hardy as “Max” and Charlize Theron as “Furiosa.” The two team up to face a relentless enemy as they try to escape the desert wasteland on the “Fury Road.”

The film was well worth the wait—the post apocalyptic thriller is a technical and creative feat, receiving universal acclaim from audiences and critics alike. But the creative journey wasn’t easy. An intense eight-month shoot in the desolate Namib Desert in Southern Africa was followed by more than two years of post production. To cut the film, Miller’s longtime editor Margaret Sixel and her team had to weave together more than 470 hours of location footage into what would eventually become the final 120-minute film. 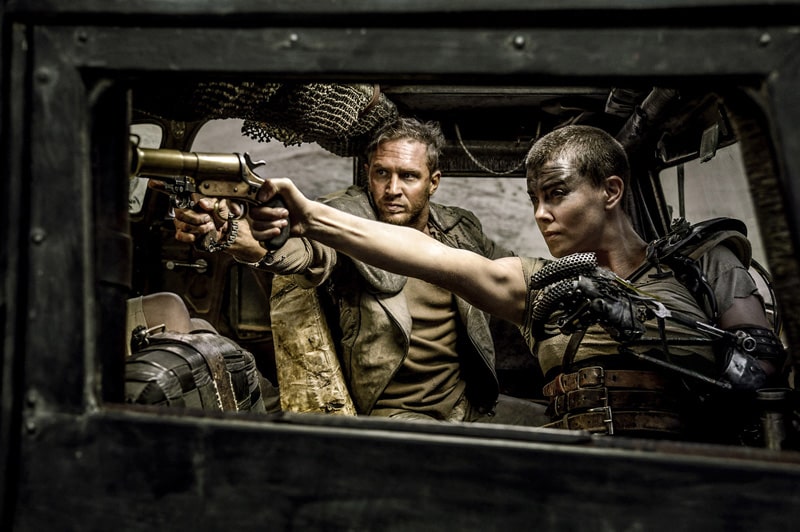 To achieve this monumental task, Sixel and her team relied on cutting-edge creative tools built upon the Avid MediaCentral platform. By embracing Avid Everywhere, they were able to overcome immense challenges, including harsh production environments, limited Internet bandwidth, and great distances between creative teams to deliver one of the most innovative and exciting films of this generation.

Throughout the entire process, Media Composer and ISIS allowed us to handle a massive amount of footage with ease.

The majority of Mad Max: Fury Road revolves around an intense road battle, with dozens of vehicles, hundreds of extras, and mind-boggling stunts. To create these sequences, the team shot with up to 20 cameras at one time—from Arri Alexas to Canon 5Ds—that were often fixed to moving cars and trucks. 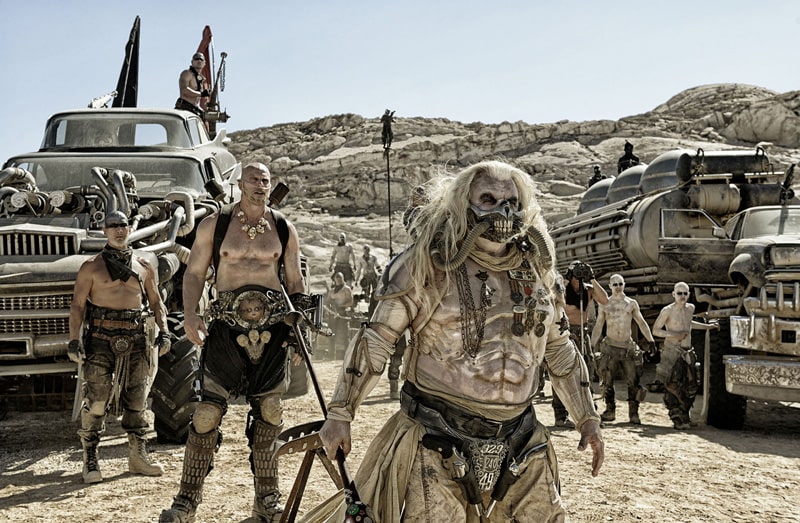 The editorial team on location needed to process 10 to 20 hours of footage on a daily basis—from ingest through transcoding to clearance—before finally sending media to the cutting rooms in Sydney. Furthermore, the more complex stunts had to be processed first to meet the shooting schedule and ensure they had been captured properly.

“All of the footage had to be flown back to Australia, which took at least three days, with essential material uploaded to Sydney daily,” explains post production supervisor Matt Town. “Unfortunately, the limited and inconsistent Internet bandwidth in Namibia made this extremely difficult. With over 470 hours of film, including 90 minutes of complex stunt work, the complexity of managing and sharing such a massive amount of media was staggering.”

Our Avid workflow handled it brilliantly.

The bedrock of the editing process

In order to meet these challenges, the team turned to Media Composer and ISIS shared storage. The system was comprised of nine Avid Media Composer stations running off a 44 TB ISIS system, including three Media Composer Nitris DX systems to provide editors with highest performance for editing real time effects. Assistant editors used six additional stations to cut the film, with one running remotely in an in-house DI suite to facilitate greater integration with the DI process.

“For the most part the film was shot chronologically, which proved very useful,” Sixel explains. “Throughout the eight month shoot in Southern Africa, I was in Australia building the cut. It was important to create decent cuts of the film early, so I could give George feedback and discuss pickups.” 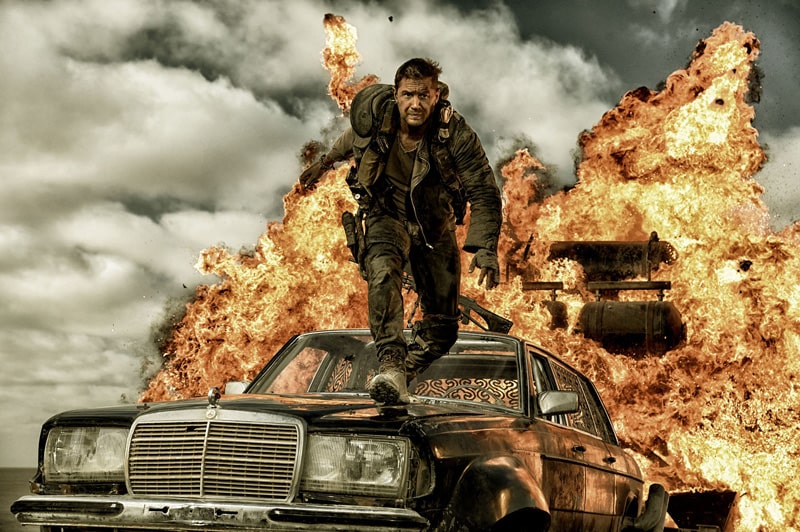 The Media Composer system on location had its own separate ISIS system containing a copy of all the footage, which helped the teams overcome the difficulty of uploading cuts. Avid bins containing sequences were sent via email, which allowed them to turnaround sequences in as little as an hour—from the cutting rooms in Sydney to the desert of Namibia. The Avid systems never failed or faltered in the two-year post-production process, including the time spent in the heat and dust of the Namib Desert.

“Throughout the entire process, Media Composer and ISIS allowed us to handle a massive amount of footage with ease,” says Town. “The ability to share bins enabled us to spread the load of sorting and arranging the footage across multiple assistants, so it could be easily reviewed. This is the bedrock upon which the whole editorial process stands. If you can't find footage easily, you simply cannot edit it.”

“Our Avid workflow handled it brilliantly. It’s really the whole Avid package that makes it the only choice for professional editors,” says Sixel.

Editing the film on Media Composer made the creative process very straightforward and intuitive.

Working the material to death

Once the dust settled on the Namibia shoot, the real challenge for Sixel and her team began. Sixel spent countless hours experimenting, re-examining material, and searching for overlooked gems to provide Miller with as many creative choices as possible. The team created an enormous number of comps to build hundreds of shots, often combining up to eight layers. For example, they added missing vehicles, flames, muzzle flashes, extra war boys on the War Rig, and different backgrounds.

“‘I try to be as prepared as possible before George steps into the room, and I know what he expects,” says Sixel. “This was not an easy film to cut, and the overall orchestration was more challenging than any one scene. I created multiple versions of each scene and ordered them in terms of my favorites. Some of it looks deceptively simple, but the variables were enormous. Every sequence had a huge number of hours put into it, and every scene had to earn its place. No fat. No repetition.” 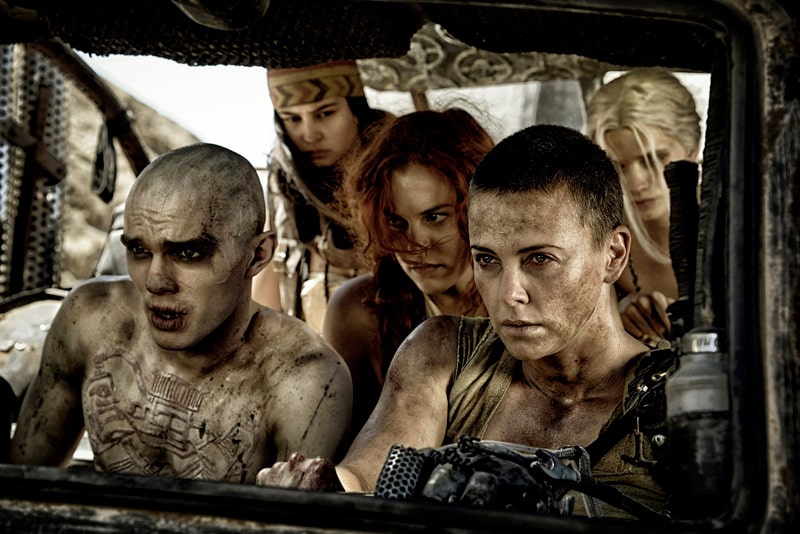 Once Miller was happy with a scene, Sixel asked the assistant editors to string together every available option for every shot, including numerous comp options. To create the alternate comp versions, the editors varied the timing of elements, used different takes, and experimented with alternate backgrounds. Miller and Sixel would then review all the alternatives and refine the cut further.

“It was wonderful having all of this stunning material, but it could be mindboggling at times,” Sixel says. “The number of possible variations was daunting, and we constantly returned to the original scene bins. When you first put a scene together, you look at a particular piece of footage one way. But as the film matures, you might look at the same material differently and see a new way to use it. We worked the material to death.”

The team’s relentless work ethic paid off, and Mad Max: Fury Road is a blockbuster success. Sixel says that although the process was very time consuming, it is very satisfying to see the amazing results. She compares the process to creating a mosaic work of art or a musical composition—subtle rearrangements can have a potent effect on the final cut.

“Editing is not merely a technical exercise—it is intellectual, emotional and ultimately, like all artistic endeavors, intuitive,” concludes Sixel. “Editing the film on Media Composer made the creative process very straightforward and intuitive. I could sleep easily at night knowing that our Avid systems would keep track of the hundreds of edit decisions we made everyday.”