Mad Old Nut Productions, a boutique post-production company, has defined a unique path to success, utilizing state-of-the-art technologies to streamline workflows, reduce expenses, and do things smarter, faster, and better. This approach enables the California-based company to expand the number of services it offers customers and provide flat-rate pricing for a range of post-production products and services. âIt sounds so clichÃ©,â says Todd Ulman, founder, Chairman, CEO, and creative force behind Mad Old Nut Productions. âBut thatâs the only way to win.â

Ulman notes that Mad Old Nut is one of only a handful of owner-operated post-production facilities working on network television shows. âWe try to be more efficient on our end; so, we can charge the customer less, while maintaining the highest quality standards,â explains Ulman. âWe invest in technologies to create efficiencies that really help our bottom line. Our new Avid NEXIS | E2 SSD unit is one of those investments. The productivity we get out of it, and the things weâre able to do now, which we couldnât do three months ago is a big deal for us.â

With the Avid NEXIS SSD, we have all this storage and all this speed, so now, weâre getting the dailies done 30 to 40 percent faster

Mad Old Nut has 17 full-time employees currently providing a full-range of post-production services from dailies through finishing and delivery for the CW Networkâs new show, All American. Mad Old Nut also rents a combined 50,000 square feet of edit bays and writersâ rooms in its offices in Hollywood and Beverly Hills. Currently, 17 shows are renting space for writing and editing, or utilizing Mad Old Nutâs Avid or remote editing technology rentals.

âWhether itâs cutting a customer a break or coming up with a faster way to do something that saves us time and saves our customer money, thatâs the creative side of a technical business for us,â explains Ulman. âEvery day, weâre trying to evolve our workflows and we rely on premium technologies like Avid.â

Growing a post-production company with Avid

Ulman started his career in production as an Associate Producer in 2002 and Mad Old Nut evolved out of the needs he identified in the marketplace. âI started Mad Old Nut with a single Avid Media Composer system, and today we have more than 100 Avid systems.â 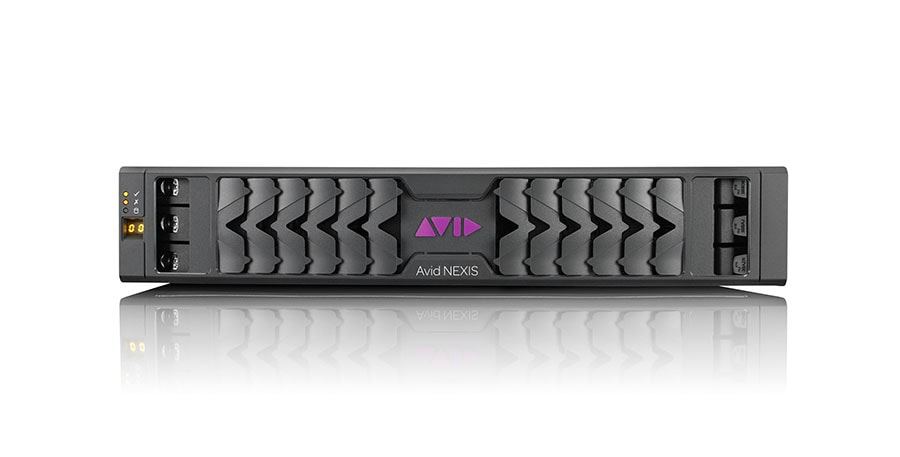 âAll the best shows in the world use Avid Media Composer as their offline editor,â explains Ulman. âOur job is to bring that material into full resolution and technical glory, while maintaining the editorâs exact vision, whenever possible. We use Avid as our initial step because it is the best way to guarantee that 100% of the editorâs vision can be achieved. Various Avid effects, such as stabilizations or fluid effects, do not translate to other systems.â Mad Old Nut uses DaVinci Resolve for the final color correction.

Mad Old Nut has a tiered storage environment with an Avid NEXIS | E4 with a spare controller, Avid NEXIS | E2 with 600 terabytes, and the recently purchased Avid NEXIS | E2 SSD. Dedicated fiber connects the LA and Beverly Hills post-production facilities. With the Avid SSD, Mad Old Nut is doing rolling onlines with pre-color correcting and grading during the editorial process; so, when they have a cut locked and ready to go to a screening, the customer is viewing content that is already color graded and color corrected. This is shaving weeks off production schedules. âWith flat rate pricing for color,â notes Ulman, you can have this advanced workflow and not take a budget hit.â

The Avid NEXIS SSD is a game changer for us. It really opens up possibilities for us because it takes a fraction of the time to render with its network speed and data rate.

Ulman notes that the Avid SSD allows them to remote render dailies on six or seven machines, simultaneously, using the same file system, and theyâre not waiting for the file system. âWith the Avid NEXIS SSD, we have all this storage and all this speed, so now, weâre getting the dailies done 30 to 40 percent faster. Iâll send six hours of footage to six different machines, and in 15 minutes, I have all six hours of dailies ready with my Avid. Itâs amazing. Itâs a huge difference.â

âItâs allowing us to give our customers immense amounts of footage very quickly, and they feel taken care of on the editorial side,â continues Ulman. âOther technologies can do that, but those technologies are expensive, and we would have to charge our customers more.â

Mad Old Nut uses the faster turnaround on the editorial side to provide its customers more services. âWe have the ability to say to our customer, âwhat else can we do for you today?â And, that wasnât possible for us to do in a boutique facility until we had a product like the Avid NEXIS SSD providing the speed we needed with the cross-platform capability.â

âThe Avid NEXIS SSD is a game changer for us,â concludes Ulman. âIt really opens up possibilities for us because it takes a fraction of the time to render with its network speed and data rate.â