Offer music technology students a firm grounding in the hardware and software used by audio professionals—and develop the skills to take advantage of them—in preparation for a career in a highly competitive and demanding industry.

Exploiting the full potential of the Avid Learning Program to deploy new elements of the Avid MediaCentral Platform in the form of the flexible and versatile Avid S6 control surface and the latest version of the industry-leading Pro Tools | HD software.

Middlesbrough College, situated in England’s Tees Valley, is serious about the students on its advanced music course getting a foot in the door of a very competitive industry.

Avid equally places great importance on preparing the next-generation of music professionals, and as an Avid Learning Partner, Middlesbrough College’s students learn how to compose, record, edit and mix music using many of the same tools on which that same industry depends. 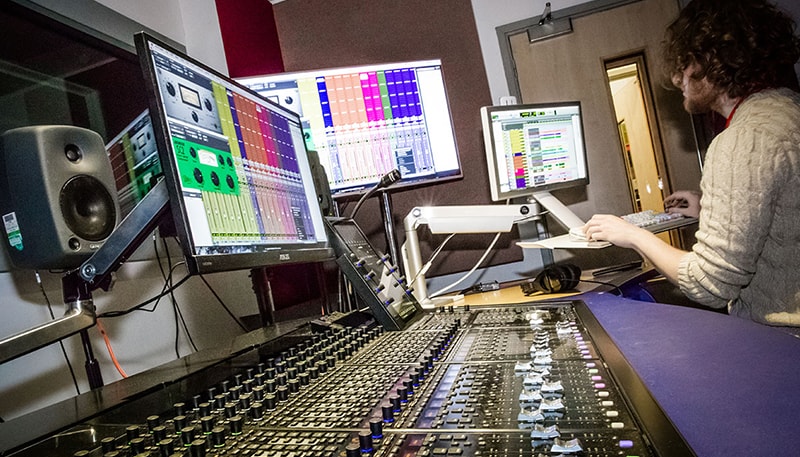 With degree courses accredited by Teesside University, Middlesbrough is rated to have one of best college campuses in the UK. A significant investment in the Avid MediaCentral Platform at the campus has given students extensive access to a wide range of comprehensive tools and workflow solutions with which to create, distribute and optimize media.

The College’s audio mixing and recording facilities have recently been bolstered by an investment in two Avid Pro Tools | S6 control surfaces. The superior ergonomics and intelligent control offered by the S6 has seen it adopted and trusted by top audio professionals and preeminent clients in the most demanding production and studio environments. Now the consoles will allow Middlesbrough College to help shape a future community of users. 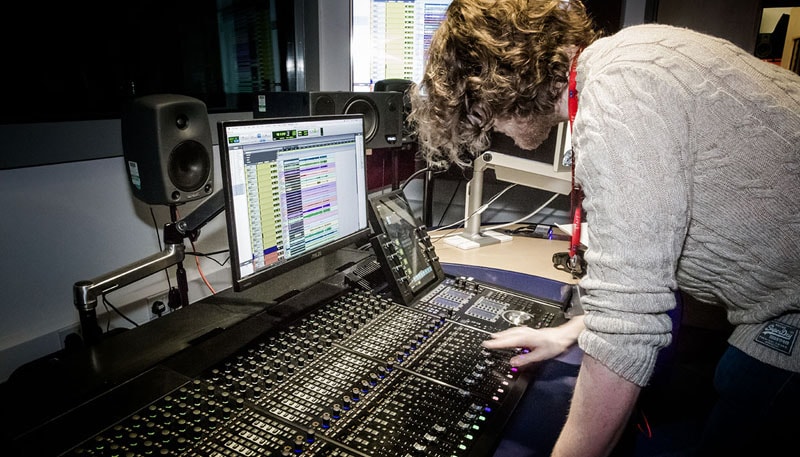 The B.Sc. (Hons) Music Technology degree course has a great success rate, with a very high percentage of graduates gaining jobs in the industry, or going on to study a master’s degree or a Ph.D. in the field.

“The drive and grit that a student demonstrates on the course translates into our industry,” says Jamie Donnelly, technician and trainee lecturer for the course. “Those who are motivated, determined and resourceful, will find gainful employment.” 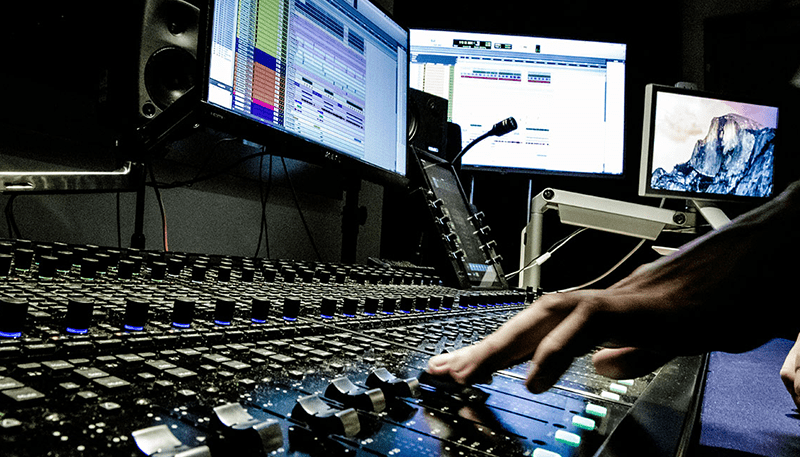 Donnelly says Avid has long been a big part of the infrastructure at Middlesbrough, with the college joining the Avid Learning Partner program in 2008.

“You can see this by the sheer amount of machines we have running Pro Tools,” he enthuses. “We have modules such as Recording Sound Engineering, Mixing & Mastering, Sound for the Moving Image, Audio & MIDI Sequencing and Practice, which are all based around utilizing Pro Tools. We also offer our students the chance to complete the Avid Pro Tools 101 and 110 courses as part of their degree.” 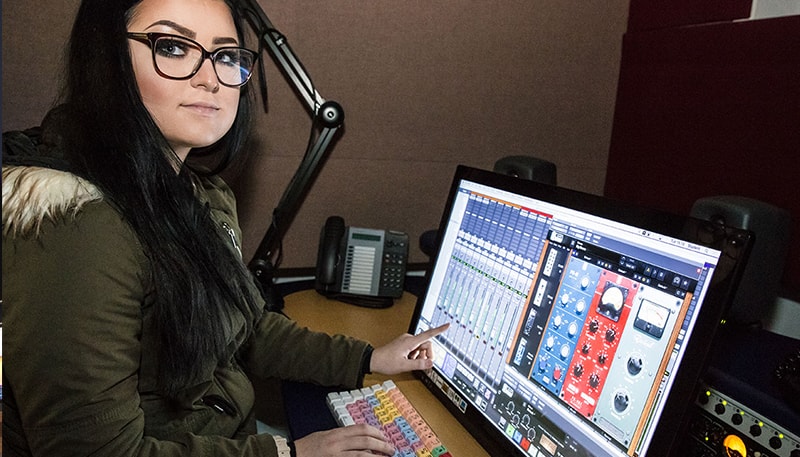 The Avid Pro Tools | S6 can be scaled both horizontally and vertically using an array of surface modules, so institutions like Middlesbrough have room to easily add modules as demand grows. Currently the college S6 desks offer control over 16 channels, but the plan is to expand this to offer students the use of 24 channels.

The intuitive workflow allows projects to be turned around faster with high-precision editing and mixing control, powerful plugins, surround panning, and unprecedented visual feedback. In essence, the Pro Tools | S6 is a seamless physical extension of Avid’s Pro Tools software. 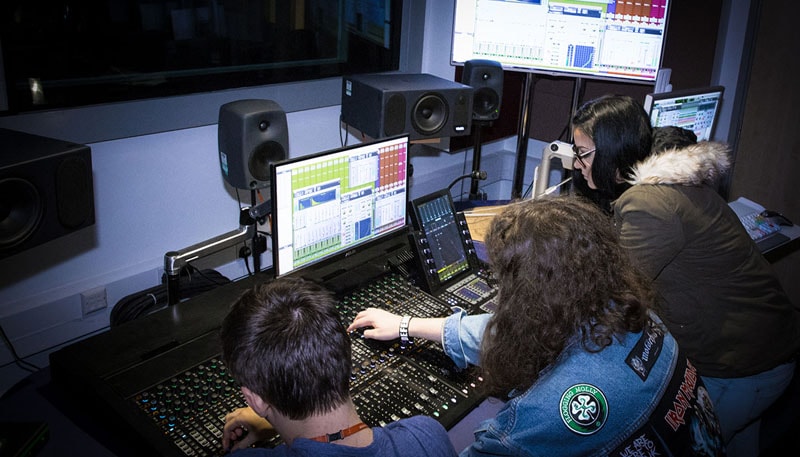 “We believe Pro Tools offers a complete audio workflow,” says Donnelly. “The software allows you to track with ease, edit audio with the best editing tools in any DAW, mix audio fluidly whether completely ‘in the box’ with a mouse, or on one of our S6 or C|24 surfaces. The sound to moving image functionality is fantastic. And of course it’s still the industry leader in professional recording studios globally.”

Our students graduate with the knowledge to comfortably use the most up-to-date Avid hardware and software that they’d be able to find in studios.

“As an Avid Learning Partner [ALP], we’re able to keep our machines and software equipped with the most current iterations that Avid releases,” Donnelly says. “This means our students graduate with the knowledge to comfortably use the most up-to-date Avid hardware and software that they’d be able to find in studios.”

The ALP initiative is still paying dividends for educational partners. A recently announced Pro Tools Server License option for education offers more flexible deployment and licensing options, while innovative features such as Avid Cloud Collaboration are being made available to more teachers and students as part of the latest versions of Pro Tools | First, Pro Tools, and Pro Tools | HD.

The ALP program has evolved into a reasonably priced way for establishments such as ours to introduce a large volume of students to world class software.

“We’ve been running every version of Pro Tools | HD in our recording studios since becoming an ALP in 2008,” recalls Donnelly. “With the recent versions of Pro Tools, it’s been brilliant seeing HD features appear in Native. It increases compatibility for our students working in the studios, and completing work in the laboratories or at home.”

“As well as the increased provision of learner materials, the ALP program has evolved into a reasonably priced way for establishments such as ours to introduce a large volume of students to world class software, and ensure that the software is constantly up to date.” 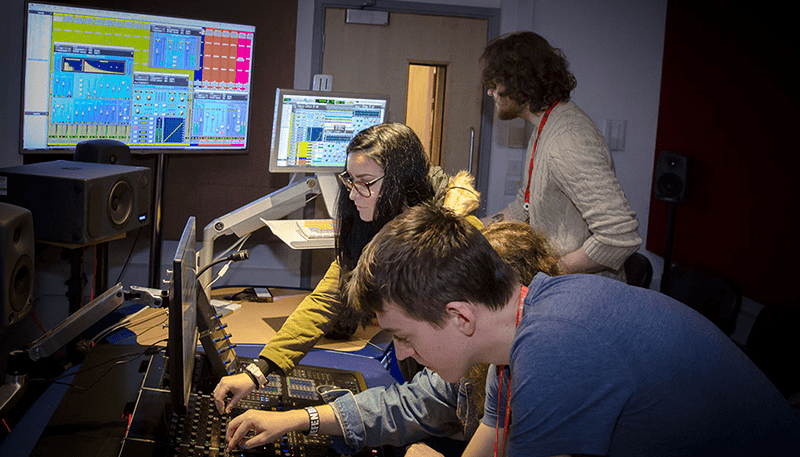 That currency and relevance, as well as the versatile skills that they will learn during time spent with the Avid S6 and Pro Tools, will stand Middlesbrough’s Music Technology students in good stead.

“We find student collaboration very important on the course and encourage it a lot,” says Donnelly. “As well as cross collaboration with other creative courses, such as media, music performance, film production, and dance courses.”

“As the industry continues to shift, fragment and mutate, people in our field tend to have to adapt to wear multiple hats, and often find themselves self-employed or working for small, independent companies,” he adds. “Unlike some other areas of study, Music Technology does not tend to be one where people can just walk into a graduate job, so that can be quite difficult.”

“However, one of our alumni, Nathan Greaves, has just utilized our studios to track all the drums and bass for the Joshua Burnell Band album, ‘Into the Green’” he continues. “Another group of alumni have recently been credited as part of the sound design team for EA Games' ‘Madden 17.’”

With the Avid S6 already boosting productivity in its advanced music courses, we can expect many more such credits for Middlesbrough College alumni very soon.