Deliver the summer’s most highly anticipated action film on an extremely intense deadline.

With Avid Everywhere, it’s more about creativity than ever before—the logistics aren’t a barrier.

To bring the film to the big screen, the production team had to overcome a nearly impossible challenge: deliver the final cut, five months ahead of schedule, in order to accommodate a change to the release date. To achieve this nerve-racking task, a group of talented professionals relied on industry-leading creative tools built upon the Avid MediaCentral platform. By embracing highly collaborative Avid Everywhere workflows, audio and video teams were able to work together to overcome complex technical challenges and meet the intense deadline.

After 18 years in the industry, video editor Eddie Hamilton (ACE) is no stranger to cutting fast-paced films, having worked on action titles like Kingsmen: The Secret Service, X-Men: First Class, and Kick Ass. That being said, the intense Rogue Nation deadline required him to rethink his editing workflow and collaborate in entirely new ways. 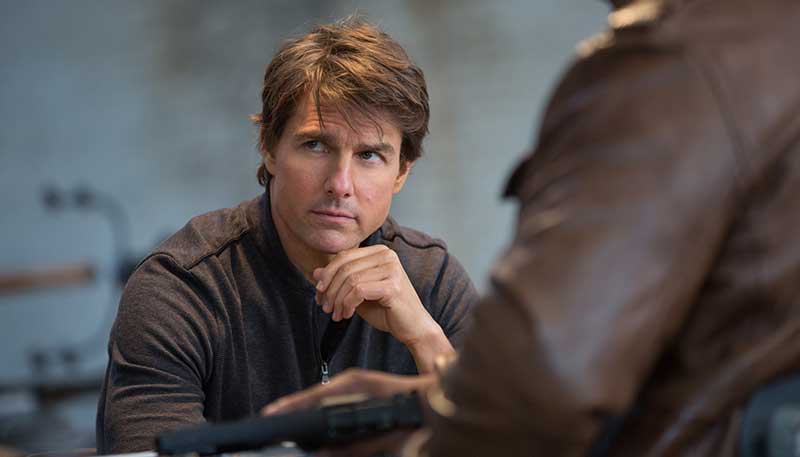 “We only had 12 weeks to lock in the cut after the end of the shoot,” Hamilton explains. “We had our first screening nine days after the shoot, and the studio saw the film three weeks after the shoot. Overall—it was very, very tight.”

Supervising sound editor James Mather and sound re-recording mixer Mike Prestwood were also under intense pressure, charged with delivering a complex Dolby Atmos mix made up of more than 400 tracks in just a few months. Because the film was being edited at such an early stage, they had to mix for individual sequences, rather than entire reels.

“There was an urgency to The Rogue Nation project based on the schedule,” says Mather. “With other films, the recording and mixing process can take over a year, with endless revisions and reviews. But with less time, we had to strip away unnecessary experimentation and follow our creative instincts.”

I was initially nervous about committing to such a short timeline using new equipment, but the Avid gear performed wonderfully. 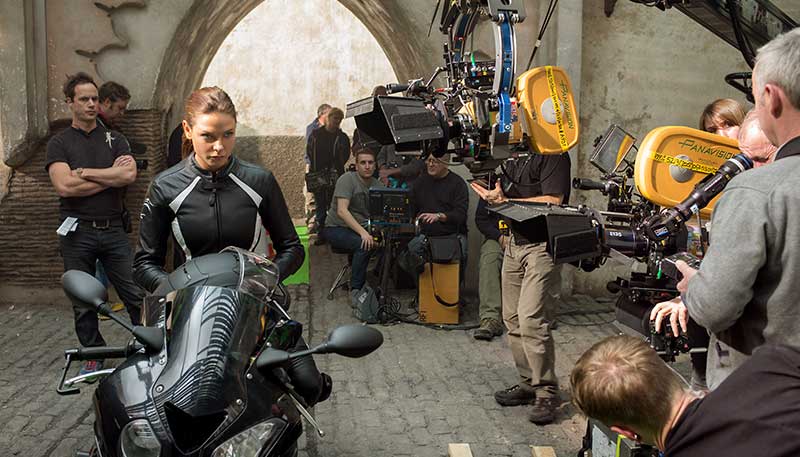 Working as a united team

In order to meet these challenges and deliver the film on time, the teams turned to industry-leading solutions from the Avid Artist Suite, including Media Composer, Pro Tools, Avid S3 control surfaces, and Avid S6 control surfaces. Media was stored on an Avid ISIS shared storage system, enabling teams to quickly access and transfer media. The seamless integration between these tools allowed the director, audio team, and video team to collaborate at every step of the process, greatly speeding up the entire production workflow.

Using Media Composer, Hamilton asked his assistants to build up massive “selects rolls” for each scene, containing every line and angle variation. When the director wanted to see alternatives, they could quickly audition all the different takes on a single timeline and pick their favorite.

“I love figuring out how to tell a story quickly and clearly,” Hamilton says. “You have to try every idea because you never realize what the best is going to be. I use the entire arsenal of tools in Media Composer to streamline everything as much as I can. I have the highest standards for presentation, and Media Composer enables me to produce the best end result.”

Hamilton provided the sound team with Quicktime files containing well-structured temporary mixes early in the process, which gave the team a solid foundation to build on. Because the video cut was at such an early stage, the sound team delivered mixes as frequently as possible so the audio could be cut and carried along in the Media Composer session. This gave the team more time to concentrate on new and untouched sequences. 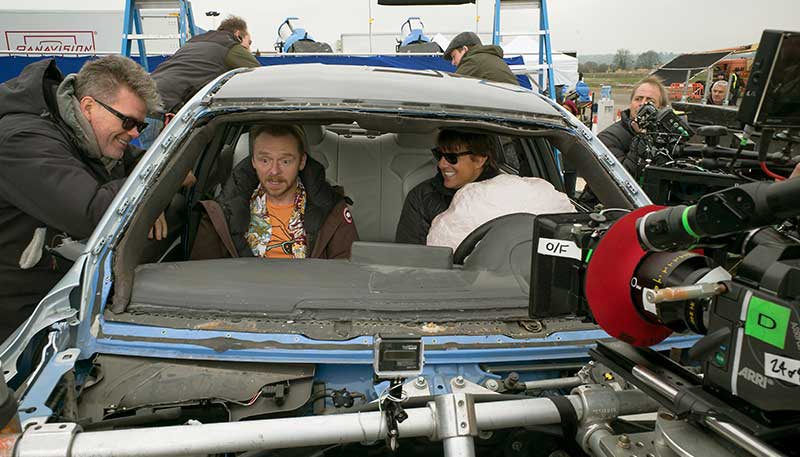 “From the beginning we knew that every sound would impact the cut, so we needed to work extremely close with the video team—especially to meet the deadline,” explains Mather. “I was initially nervous about committing to such a short timeline using new equipment, but the Avid gear preformed wonderfully. We worked as one team, and that made a huge difference for camaraderie and helped us achieve the director’s vision.”

One of the most difficult challenges for the sound team was trying to accurately reproduce the sound of an action sequence that takes place on the wings of a four-engine A400 military airbus. The team couldn’t blast audiences with excessive volume, so they experimented with combining multiple frequencies to create maximum sound pressure levels. They ended up with the heaviest pressure levels they’d ever managed at 113db. Tom Cruise was particularly impressed—a major achievement since he was actually on the plane with the engines revving.

I have the highest standards for presentation, and Media Composer enables me to produce the best end result. 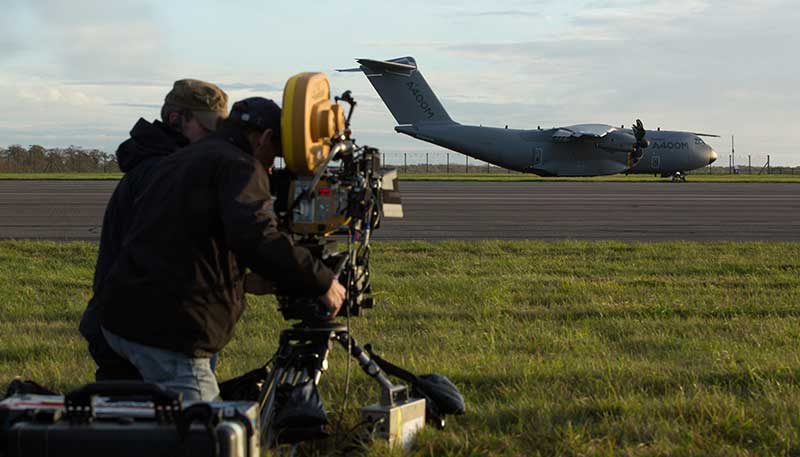 With lots of action sequences, sound effects, and atmospheric elements, Rogue Nation was naturally well-suited for the Dolby Atmos experience. Avid S6 helped Prestwood and his team deliver an incredible mix for Atmos-enhanced theaters. He explains that typical console knobs aren’t suited well for the movement that Atmos has introduced, but S6 worked perfectly.

“Pro Tools | S6 gave us natural, intuitive control for moving sound across the room using the Dolby panner,” says Prestwood. “Mixing Rogue Nation for Atmos was a great experience, and provided lots of opportunity for using the system to its fullest.”

In the end, the audio and video teams pulled off the impossible, delivering the final cut of Rogue Nation a nail-biting three days before its international premier. By leveraging the collaborative workflows in Avid Everywhere, both teams were able to eliminate any creative ambiguity, focus on the big picture, and work as quickly as possible.

“Five years ago, it would have been impossible to create a movie like this on such a short timeline,” concludes Prestwood. “With Avid Everywhere, it’s more about creativity than ever before—the logistics aren’t a barrier. We can make decisions based on what’s best for the film and the director’s vision.”