No Gray Areas with S6L on Missy Higgins Tour

Solastalgia is the fifth studio album from beloved Australian singer-songwriter Missy Higgins, and as the artist’s career has progressed over the past 15 years or so, her FOH Engineer, Brent Gray, has tracked her progression from tour to tour.

“I have been mixing Missy Higgins since 2004,” recalls Gray. “I mixed her very first show with a band at the Evelyn Hotel in Brunswick and continued through the Sound of White and On a Clear Night album cycles. I didn’t work with her during her Ole Razzle Dazzle or Oz album cycles, specifically, but did do a few shows during this time. I came back on board for her more recent orchestral tour and, of course, we’ve just completed the Solastalgia album tour.”

Having earned his stripes under the stewardship of mixing legend and Oasis FOH Engineer, Bruce Johnston, Gray started out as Johnston’s rigger for the band Silverchair and later mixed their Young Modern tour. Gray shares this musical connection with Higgins’ manager, John Watson, who also manages Silverchair alongside his "day job" as account manager at JPJ Audio.

Gray’s work with Higgins has seen the artist’s shows grow technically bigger over time, with Solastalgia coming in at 42 channels including the ambient mics. “It’s a combination of traditional band inputs—drums, bass, acoustic and electric guitar, keys, and vocals—and a few lines of triggered drums and tracks on the new material,” explains Gray. “Missy is a great singer, but what sets her apart from other artists I’ve worked with is her remarkable vocal tone and her ability to control that in the live environment. Missy’s songs generally have a considerable dynamic range—that’s no small feat—and I don’t have to ride her vocal very much at all.” 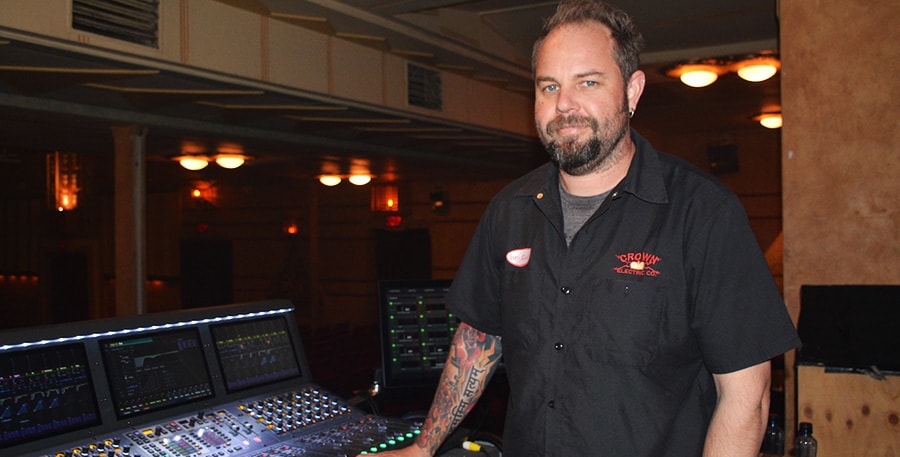 Gray has extensive experience with Avid VENUE consoles, including mixing on Profile systems for both Higgins’ 2016 Orchestral Concert Series that featured a fusion of Higgins’ band with some of Australia’s leading symphony orchestras, as well as Higgins’ support on the recent Ed Sheeran tour, playing to a million people over a couple of weeks. The Solastalgia tour was his first outing with the Avid VENUE | S6L using Waves SoundGrid plugins. Gray cites the increased sound quality and functionality of the S6L and was impressed by the differences between the consoles.

“There’s a considerable difference!” Gray enthuses. “I got very used to the sound of a Profile over the 12 or so years I used them and so there were go-to things I would do to achieve a certain result that I immediately needed to back off on the S6L. It’s super clean across the spectrum with awesome transients and a nice round bottom end.”

With an intuitive functionality, Gray found no trouble with adapting to the S6L and considers himself a convert.

“The Layout function is awesome. The ability to custom design your surface with any combination of inputs, outputs, and VCAs is brilliant and highly intuitive once you get your head around it,” Gray shares. “The ability to then store a single layout in a snapshot just takes that to an unprecedented level. I had a unique layout for each song stored in the snapshot, as well as more modular layouts for the lines of stage paired with their VCAs, subgroups and FX returns. 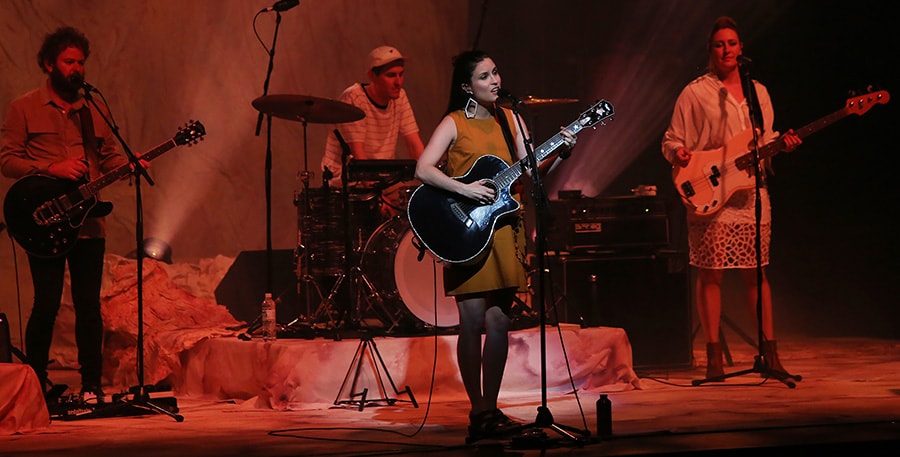 “The improved Events section rocks! I was able to trigger outputs that feed delay FX from the X, Y, and colour switches on the delay return channels. I’d use the X and Ys to push the send to unity or off, respectively, and the colour switch to push the send to unity only as long as I had my finger on it. You can also program the time it takes to get from A to B and the shape of that movement, which is nuts. I loved it so much I named her!” Gray jokes.

Gray chose the Avid VENUE | S6L-24D specifically for its reduced footprint, which is exactly why he originally started using the Profile. This tour was Gray’s first experience using the Waves SoundGrid integration introduced in the recent VENUE 5.7 software update, which left him more than pleasantly surprised and enabled him to retain his preferred plugins, including his favourite analogue emulations.

“I lean very heavily on a bunch of Waves plugins: InPhase, J37 [Tape], SSL 4000 Collection, PuigChild 660, Kramer PIE [Compressor], dbx 160, CLA-76, and last but definitely not least, NLS Non-Linear Summer. I also use the Avid ReVibe for most of my reverbs.

“The Waves server integration was seamless, I didn’t have a single notable failure at any point on the tour, which was wonderful. I just saved my show file and it came back the same every day. I don’t even know if I ever switched to the redundant server because I didn’t notice any changes.

“The ability to load a Profile show file and then manipulate it definitely saved me time at the start of the tour. On a day-to-day basis it’s a two-person lift, four Ethercon connections, and a USB cable for the touchscreen, which is very quick. I arrived at the venue 20 minutes before 'doors' one day (due to flight delays) and was sound checking the band 10 minutes later… Show went on on-time,” Gray concludes.