Enable a Hollywood editing team to keep up with on-location production as it crossed the Great Plains.

Avid Media Composer and its roster of tools enabled editor Kevin Tent to keep current with the production, rapidly craft a rough cut for an early DI and preview straight out of the system.

Nebraska marks the sixth collaboration between director Alexander Payne and editor Kevin Tent. Starting with Citizen Ruth in 1996, their partnership has included Election, About Schmidt, the Academy Award-winning Sideways, The Descendants and Payne’s new tale about a father (Bruce Dern) and son (Will Forte) who travel from Montana to Nebraska to claim a bogus sweepstakes winning. Along the way, they meet friends, relatives, and acquaintances who are looking for a cut of the money. Dern’s performance earned him Best Actor honors at the 2013 Cannes Film Festival.

Tent’s collaboration with Media Composer (now Media Composer | Ultimate) is also a long-running partnership. “I’ve used other systems a few times, but I’m a passionate Avid editor,” he says. “My first Avid film was a low-budget feature called One Good Turn (1996) then it was back to cutting on actual 35mm film for Citizen Ruth. At that time Avid was too expensive for the production, but while we were cutting I told Alexander [Payne] countless times that he’d love working with Avid. We had the chance on his next feature, Election, and never looked back.”

Tent and assistant editor Mindy Elliott cut Nebraska on Media Composer with Avid Unity shared storage. While Omaha-native Payne was shooting in his home state and in Montana, Wyoming and South Dakota, the editing team was housed at Paramount Studios in Hollywood. When the shoot wrapped they debarked for Santa Monica to be closer to Payne’s offices. 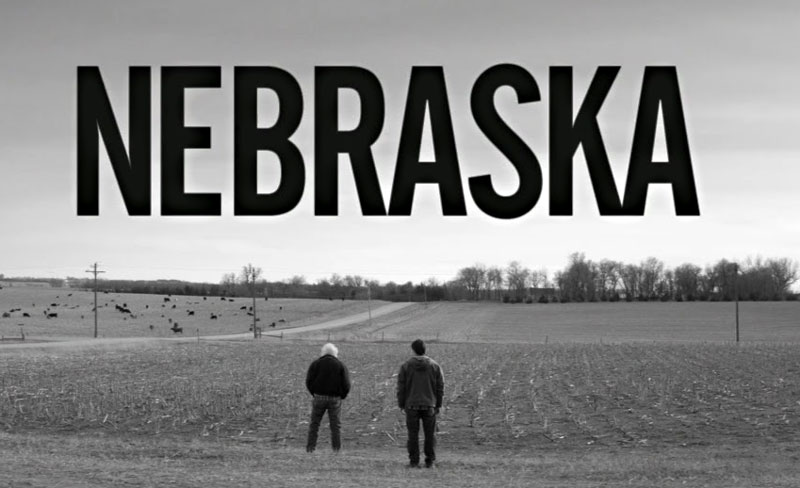 The process “worked really smoothly,” Tent says. “I would watch the viewing dailies with PIX at night, and by 11 am or so Mindy would have them ready to cut.”

According to Tent it has become the norm for Payne’s editing team not to travel with the production. “Nebraska was typical of the way we work,” he says. “Usually on Friday afternoon we’d send a DVD or upload all the scenes I cut during the week. If he had time, [Alexander] usually tried to watch them over the weekend. As I got more and more scenes cut we tied them together and sent him big chunks of the movie.”

For a guy who started on Moviolas, Avid is just the greatest thing ever. I still can’t believe it works so well!

The remote editorial workflow enabled Tent to stay “pretty up-to-the-minute with footage” during production, says Elliott. “We knew we were going to lose the DP for nine months to another project so he did an early DI soon after production wrapped, and that laid the groundwork for the final pass.”

Focusing on nuance and character

Once Payne was back home in Santa Monica Tent worked “side by side” with the director, “and we built the show together at that point,” says Tent. “The script was very tight, just 98 pages. And the story was simple and linear. The plot moved from A to B to C. So it was unlikely that we’d be in the situation of moving scenes around. Like most of Alexander’s movies, it’s all about the characters. During cutting, we focused on the performances making sure they were as believable as possible. Our other challenge was keeping up the pace without losing the emotion of the characters or the emotion of the story. This is a challenge we’ve faced with Alexander’s other films too, but even more so with Nebraska. We were constantly adjusting the rhythms and pace of the film.” 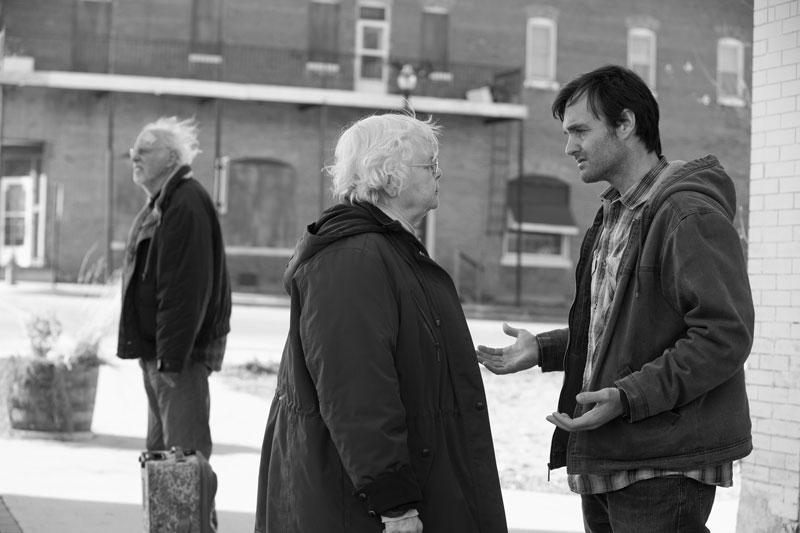 The fact that Nebraska is a rare black-and-white feature didn’t pose challenges in the edit, Tent and Elliott note. Payne and DIT Lonny Danler “were looking at black and white from the get-go on the set so there were no surprises later,” says Elliott. “The only thing I noticed creatively,” Tent says, “was that my eye seemed more focused on our actors’ faces—and there are great beautiful faces in this movie. Maybe due to the lack of color, I was never distracted by anything in the backgrounds.”

Tent says he “loves” Avid’s ScriptSync and calls it “the greatest tool ever.” Elliott dubs Tent and Payne “masterful users of ScriptSync to track and access the best moments. They paid so much attention to character and nuance; it was wonderful to watch.”

I told Alexander Payne countless times that he’d love working with Avid. We had the chance on his next feature and never looked back.

Tent also tapped Avid’s Effects using Time Warp and 3D Warp. “We did a number of comps and time warps to slow down some of the reaction times of Woody [played by Dern]. Just to make him a little off-kilter, a little slow. It’s very subtle, but I think overall it’s effective in the movie. And, of course, we used all of Avid’s audio tools. Audio Suite is great. Mindy’s a pro at using it. She had all the music in our bar scenes sounding completely realistic.”

He’s particularly impressed by being able to take a cut to preview “straight out of Avid, which allows us to keep cutting until the last minute. I remember when we used to have to lock a week before a preview. For Nebraska’s previews Richard Ford, our music editor, gave us the music tracks. We dropped them in with some sound work from Frank Gaeta, we spit it out of Avid, drove over to Pasadena and had our first preview. We didn’t do a real full-on mix until we delivered the movie to Cannes.