Behind the Scenes of Netflixâs Trollhunters

Bringing the fantasy world and characters of Netflix’s animated series Trollhunters to life.

Trollhunters is an animated series from the mind of Guillermo del Toro. Streaming on Netflix, the show stars Kelsey Grammar, Ron Perlman, Anton Yelchin, and Steven Yeun and Charlie Saxton.

I come from a background in documentary editing, which, on the surface, is the polar opposite of animation editing. In documentary you will be given two hundred hours of footage and told to go make something. There’s no script and the story is found in the edit. Discovering the power of editorial in that environment, I came to animation with the sense that nothing is set in stone and that perhaps the director and I are Dr. Frankenstein, and all the various components of the episode from storyboards, to dialog, to sound and music are the various organs. It’s our job to knit them together in a way where our monster can come to life. 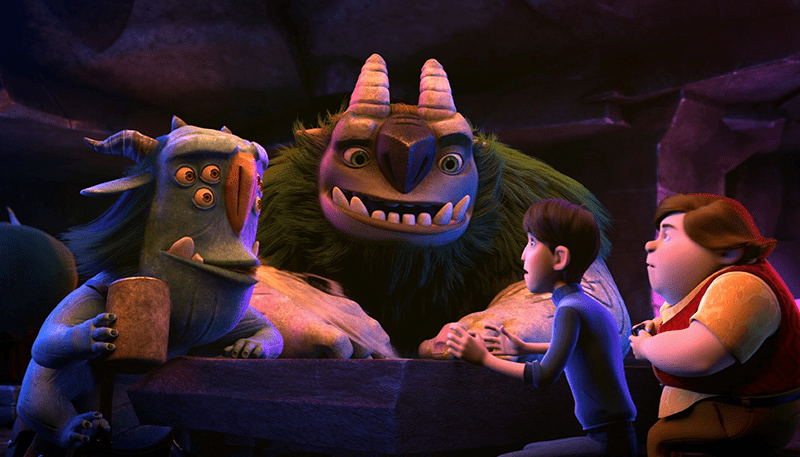 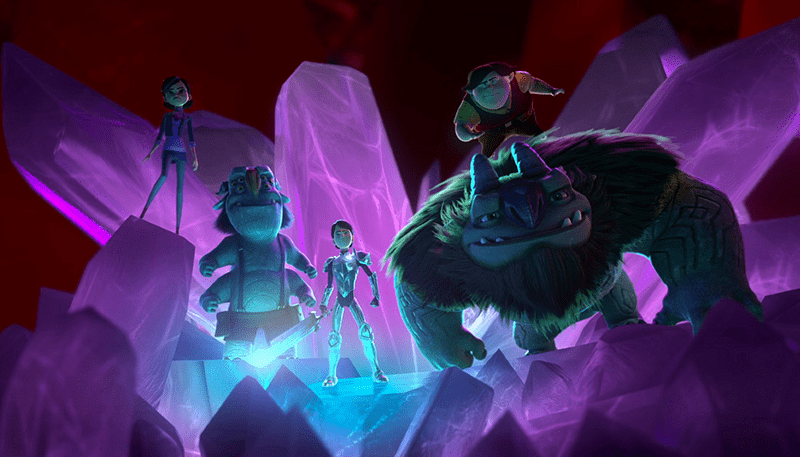 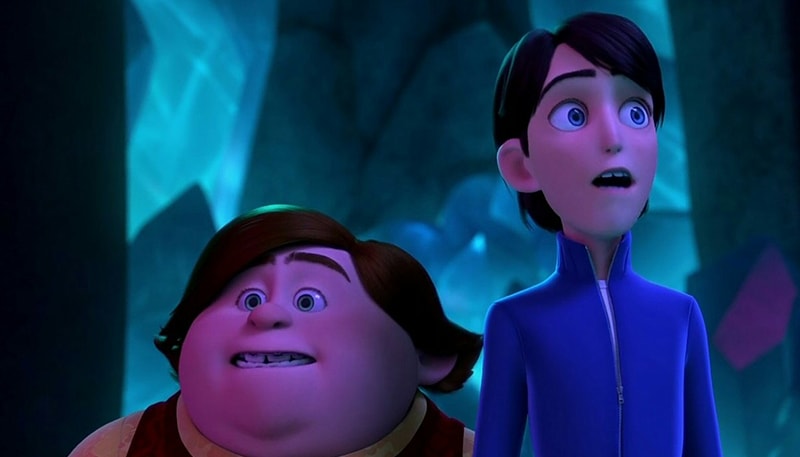 Guillermo del Toro is very hands-on. In addition to co-directing the two pilot episodes, he gave detailed notes on everything in the production from character thru-lines to camera choices. After we had built the animatics for a quarter of the episodes, there was a day that Guillermo had lead editor John Laus stop playback. Del Toro picked up a phone to cancel his upcoming flight. The room became still with tension, the worry being that Guillermo had some big changes to make, but they soon discovered he was booking out the next day to binge-watch all of Trollhunters’ episodes. Guillermo admittedly had been converted into a fan. He just wanted to binge-watch his new favorite TV show! 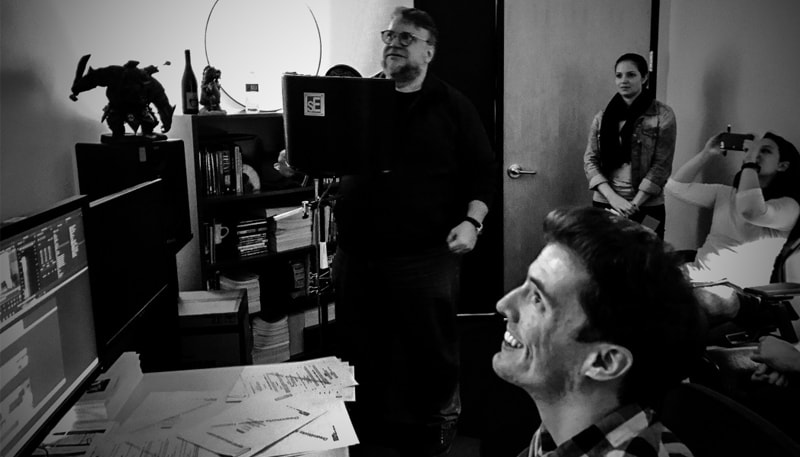 For me, the process of editing Trollhunters has been pure creative bliss. The one rock-solid constant in the middle of a big TV production has been Avid Media Composer.

With Guillermo del Toro leading the charge, we’ve pushed for the biggest show possible. Many scenes required us to max out all twenty-four of Media Composer | Ultimate's (formerly Media Composer) audio tracks to build the sound design and walla for hordes of vicious goblins. But often, in nearly the same breath, the show has required a very spare character-driven moment with minimal sound and music. Every sound and music cue (or lack thereof) can serve to inspire and inform the animators and VFX departments. The AudioSuite filters have been invaluable, often layered with EQ settings. From reverb, to time compression expansion to pitch shifting, we’ve used a lot of Avid’s audio filters on this show. 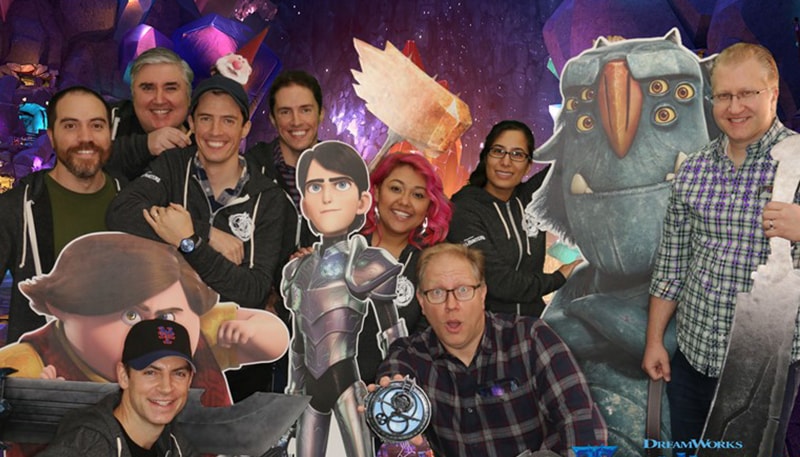 While building the storyboard animatics, Media Composer’s tools have also helped us to manipulate everything from a character’s eyeline to mocking up camera moves and lens choices. Avid’s tools gave us a leg up on pushing the limits in animation. 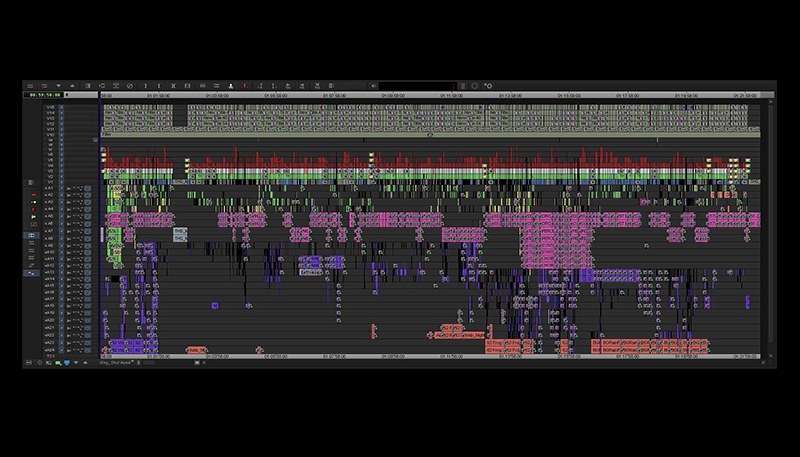 Avid has helped our editorial team collaborate with easy access to each other’s projects. Trollhunters has an evolving story with fantastical creatures. In a practical sense this means the editorial team experienced shifting ground with a lot to invent and a lot to track. Between Lead editor, John Laus, editor, Dean Jackson, and myself as editor, we were able to easily open each other’s episodes to cross reference creative decisions. Our assistant editor team also helped with assemblies and the tremendous amount of media management the project threw at them. Avid made collaboration a breeze. 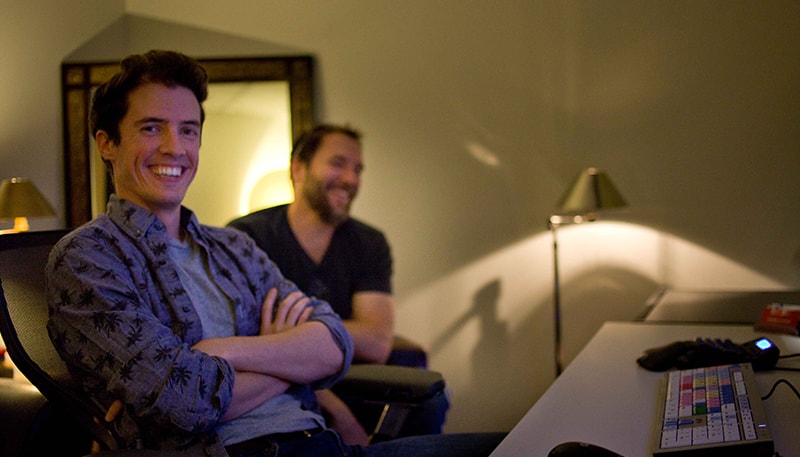 I was very lucky working with director Andrew Schmidt, who shares similar sensibilities and has been tremendously collaborative. We frequently went off-road, adding scenes or embellishments. There have also been some scenes where I presented Andrew with an alternate version. Using Avid’s compositing tools, and sometimes rough sketches from a pad, Avid enabled me to mock up a new take on a scene, and nearly all of these edits are now in the show. 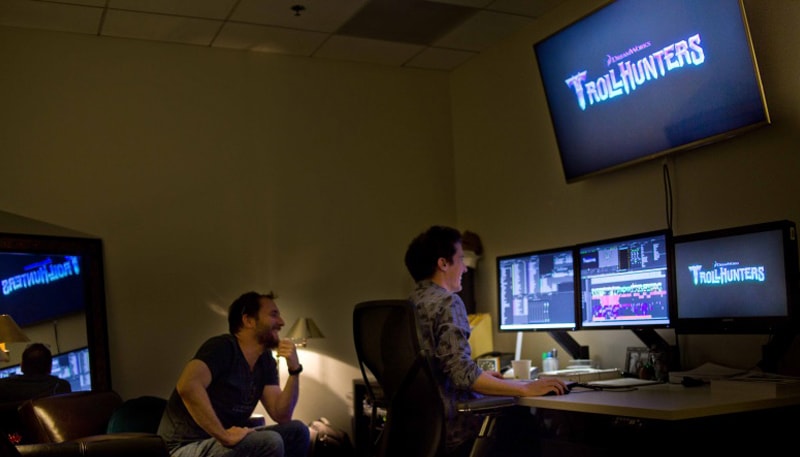 It was a family event working on Trollhunters. I had the pleasure of sharing edit bay walls with my twin brother, Joel. While the pilot episodes were taking shape, Joel created sound effects using the rim of a wine glass. When final mix arrived, Guillermo made sure the sounds stayed in the mix!

For me, the process of editing Trollhunters has been pure creative bliss. The one rock-solid constant in the middle of a big TV production has been Avid Media Composer. When you’re making as many episodes as we did as quickly as we were, there’s no time for an outage. Production started on the pilot episodes in October 2014. Two years after beginning we had zero failures in this system. It’s incredible.