Newzroom Afrika: A Case Study in Building the Broadcast Newsroom of the Future

It was a daunting challenge: build a 24-hour TV news channel and digital newsroom of the future, hire 300 employees, and go live—all within a matter of months. Newzroom Afrika did that and more.

South Africa's newest kid on the broadcasting block launched May 2, 2019, in the deep end of the country's national election campaign. Just a year later, Newzroom Afrika is nipping at the heels of two legacy broadcasters, SABC and eNCA, at times even surpassing their ratings.

How did the Newzroom Afrika team build an agile, modern newsroom from the ground up and go from start-up to competitive news source in such a short time frame? By stacking the newsroom with four forward-looking capabilities.

A digital-first strategy was at the core of Newzroom Afrika's winning bid for MultiChoice's DStv Channel 405. The team proposed an innovative and interactive multimedia news service that goes far beyond the traditional, linear pay-TV experience.

"We all know that news . . . no longer breaks on television," noted cofounder Thabile Ngwato in a launch video. "News breaks on your phone, on your tablet, all over mobile devices."

To deliver an omni-channel experience, the team needed a modern newsroom system that would play well with social and digital outlets. They opted for Avid's end-to-end media production workflow. 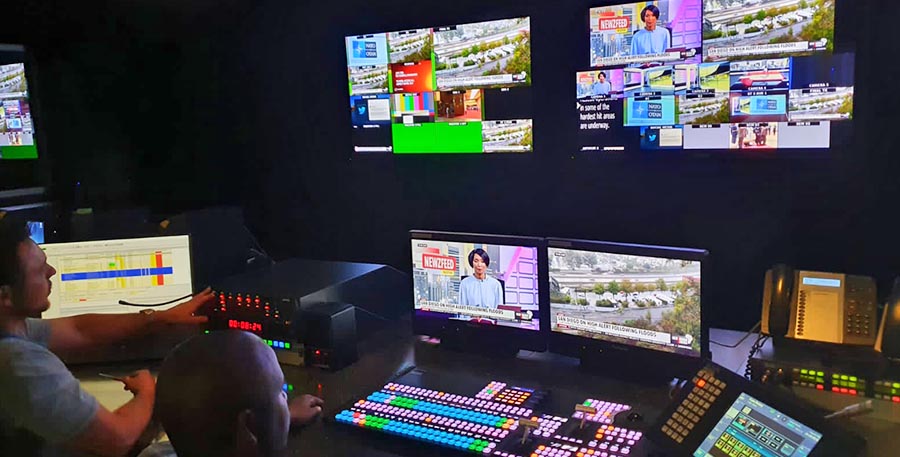 Newzroom Afrika's vision for broadcasting is also grounded in citizen journalism, giving its audience an active role in collecting and reporting information.

The station's slogan is "Our News, Our Views." The "our" refers to all South Africans, with Newzroom Afrika acting as the voice of the people. The team focuses on building a community where people feel heard, not "talked at."

On the broadcast side, Newzroom Afrika runs a nightly show that invites viewers to interact through social media or call in by phone or Skype to express their views on the day's issues.

On the digital side, Newzroom Afrika's journalists monitor social feeds to see what's trending and keep tabs on the issues people care about. There, they engage citizens with questions and informative content, while encouraging them to share their own videos and photos—creating a pool of user-generated content that the station can then fold into its news coverage. 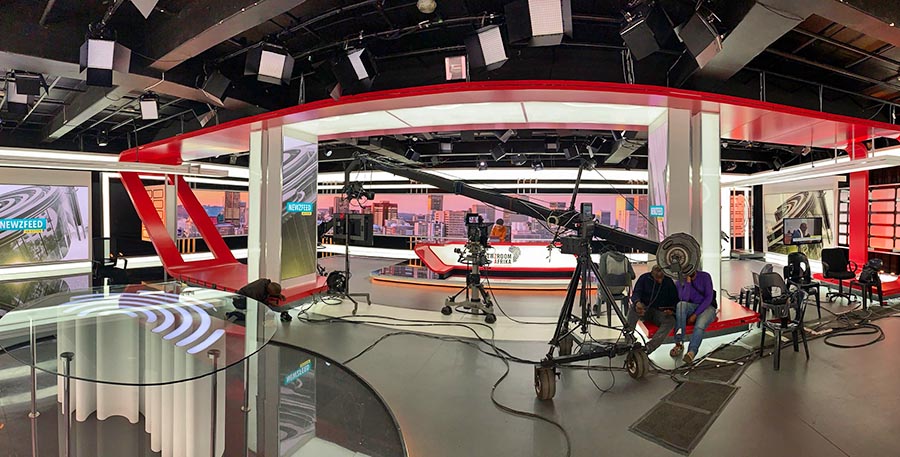 Newzroom Afrika sees live coverage as key to audience engagement—so it set out to do more than any of its competitors.

"Live storytelling, rolling live coverage, and the serialization of news is a very important strategy for us at Newzroom Afrika because it gives our audience an opportunity to go on a journey with the reporter—and almost become a reporter with them—because the story is unfolding hour-by-hour through their eyes," explained News Director Katy Katopodis during a one-year anniversary special.

Newzroom Afrika invested not just in satellite news-gathering (SNG) trucks but also in mobile backpack units that allow reporters to broadcast live from the scene using a cellular network.

Journalists in the field needed a cloud-based, collaborative platform that offered immediate access to the newsroom system. This is crucial for the speed of delivery—journalists can upload raw video directly, allowing the rest of the news team to access and edit it in real time. 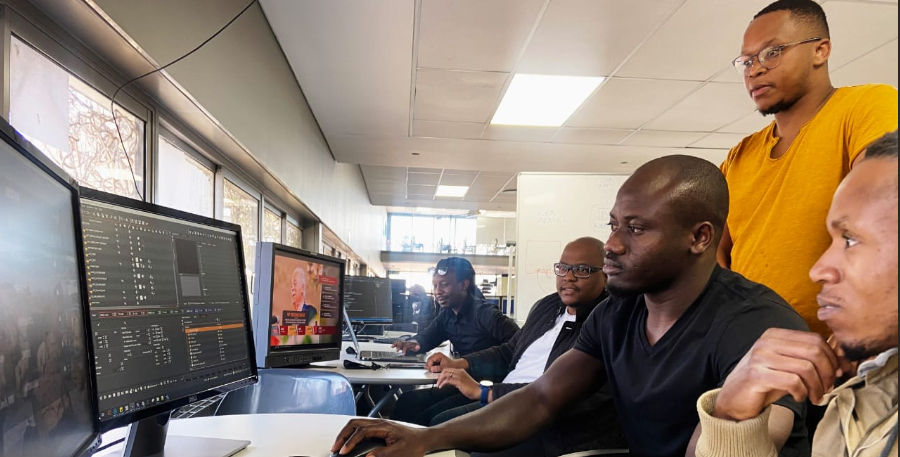 At the outset, Newzroom Afrika wanted to stand out visually, not just with the latest HD cameras and superior-quality live streaming, but with advanced graphics too.

The channel targets a younger demographic who are accustomed to fast-paced, cutting-edge visuals and absorbing several streams of information at once. These viewers are engaged by on-screen crawls, sophisticated 3-D animation, and multiple information panels that resemble the content-rich pages they see online.

Newzroom Afrika captures viewers' attention with slick, edgy motion graphics, and are working to add elements of augmented reality and virtual sets to its newscasts.

In building its newsroom of the future, one of Newzroom Afrika's priorities was finding a versatile system that could adapt to whatever the future has in store for the industry.

With a tight three-month timeline, the team had to make quick decisions. Technical Operations Manager Vusi Sibiya said they had to pick a platform that enabled them to compete with the linear incumbents of today, while keeping the door open to tech or digital workflows that they haven't spun up yet.

Newzroom Afrika chose its platform for its modular approach and third-party integration, which will let them add features and capacity as the channel grows—in effect "future-proofing" its newsroom.

Broadcasters everywhere could take a page from Newzroom Afrika's playbook, as the victors may very well be those whose media platforms can pivot quickly to meet viewers' demands.

What's in Your Future-Proof Newsroom?