The Australian population of 23 million is small, relative to its landmass. With so few viewers to attract, competition for viewership is fierce among the five free-to-air broadcasters that serve the island nation. Among these terrestrial broadcasters, Nine Network was the first to hit the air. Based in Sydney, it has a rich history stretching back to 1956 and dominates the market.

But Nine Network doesn’t take its challenge for the top rating network lightly. To keep at the top, the Network is constantly striving to improve the quality and sophistication of the promotional content (promos) it produces to highlight programming—like the hit reality show, The Voice, and national favorites like Australia’s Got Talent and Wide World of Sports.

Late in the first decade of the 2000s, Nine Network had a growth spurt; increasing the regions it serves from five to seven and adding more channels to its already generous service mix. At the same time, the network switched from analog to digital signaling, and file-based media acquisition and distribution became the industry norm. Commissioning lead times for promos also shrank—from days or weeks to just a few hours prior to air.

These shifts turned up the pressure on Nine Network to churn out more promos—as many as 300 a day—under tighter deadlines and with more eye-catching special effects and regional customization. When Mat Yelavich became Nine Network’s CTO in mid-2011, the station was finding it difficult to meet this requirement without compromising the creativity of the production team or promo quality.

The problem? An aging, tape-based production setup pieced together with multiple, disparate systems and an island-based, disconnected storage architecture that strained to keep up with volume and pace.

“The Network had outgrown its post-production technology platform and this was stifling our creativity, putting pressure on our competitiveness,” says Mat Yelavich, CTO of the Nine Network. “To push out high volumes of promos into multiple markets across multiple time zones, for multiple services, our only option was to produce generic promotions. No regionalization, no targeting of specific audiences and demographics.” 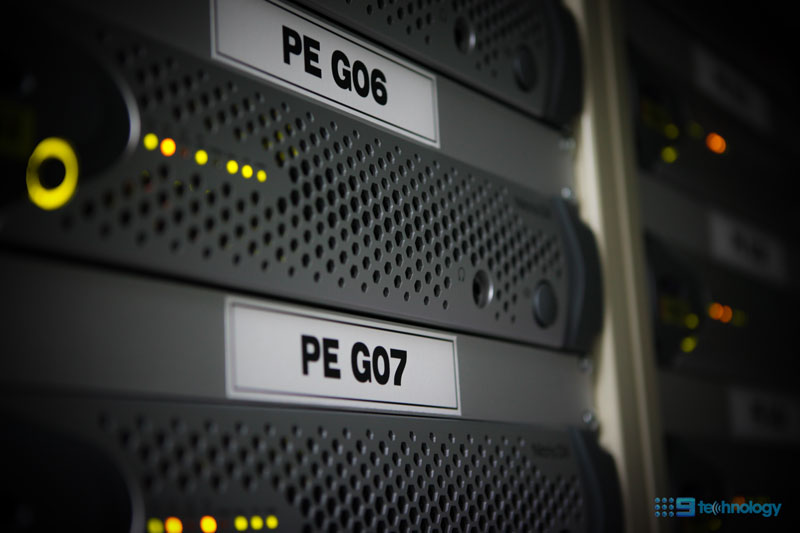 Creativity wasn’t all that was suffering. Outdated systems and processes were also taking a toll on productivity. Sharing content between three separate production systems involved a lot of duplication of effort. Downtime from system failure brought production to a standstill. With no support for proxy-based reviews and approvals, schedules stalled when promos that had already been published required remakes. The Network’s reliance on spreadsheets and email to track production was arduous and prone to error, making it a challenge to assign accountability.

Says Yelavich, “To keep pace with growth and tighter production cycles, we had to streamline and eliminate any single points of failure. We also needed the flexibility to make last-minute creative changes to reflect in different versions of our promos, without impacting schedule. No downtime could be tolerated.”

Avid history, technical superiority and service model a plus

Vendor evaluation for the new production workflow was a multi-stage, six-month process. Because Nine Network had an established relationship with Avid, Avid was already on Mat’s short list from the start.

With Avid, we have little concern about third-party interfaces and integration. Interplay | MAM plays a big part in enabling us to be flexible and dynamic... and integrate with our in-house scheduling system.

Nine Network’s confidence in Avid was validated during the vetting process. One area where Avid really shone was audio workflow quality. Nine was especially impressed with the integration between Avid Interplay | Production, a production asset manager, and Avid Pro Tools music and audio-production software.

Says Yelavich, “The other tools we looked at required very complex workflows and manual file transfers. To put production on the fast track, we needed to minimize the paperwork and email interactions between producers, creative design artists, and sound engineers. The connectivity between Interplay, Media Composer and Pro Tools was proven to enable that.”

Editor preference for Media Composer was also a deciding factor. “During the Proof of Concept, competitive video-editing solutions couldn’t stand up to Media Composer 7,” says Yelavich. “Our editors were already familiar with its strengths. By sticking with Avid, we’d speed the learning curve, reduce the amount of change management required and enhance our existing capabilities with the addition of asset management.”

Another deal closer was the value of working with a single, proven and trusted vendor in Avid, known for its deep understanding of products, solutions and content monetization. The Avid solution also offered redundancies to protect against single points of failure and help Nine Network achieve higher levels of operational efficiency.

Once Avid was chosen as the provider, it closely collaborated with the Nine Network to design a solution that addresses the broadcaster’s goals for growth, productivity, and flexibility. The result was a configuration of audio, proxy and high-resolution workflows supported by a new shared storage server.

“We went from creating promos on three disconnected Unity systems to one powerful ISIS,” says Yelavich. “This has really enabled us to streamline file sharing and increased our ability to collaborate.”

The new Avid solution has therefore enabled the cross-platform sharing of media across multiple platforms, not just in the Promos department, but other production genres such as Current Affairs and Live Studio Production, and has set Nine up for further expansion in the future.

We had confidence in the brand. We’d been running Media Composer on OSX from the early 2000s and used three Unity servers within post production. We were too busy growing to notice that Avid had remained progressive in terms of technology, and had tools that could resolve the many issues we were facing.

Seamless workflow is boon to productivity

The process is seamless and requires almost no manual data entry or file management. Projects move from one step to the next with drag and drop ease. Team members know where a promo is at any point in the production pipeline.

As a result, tracking and accountability have improved dramatically, which has been a big boon to productivity. The Network also has the flexibility to publish promos closer to airtime—a big advantage when working with high volumes of content.

With an integrated file-based workflow, making changes to a promo is now as simple as moving a sequence into an Interplay | Production folder and alerting the right team member—whether it’s a Promos Producer on Media Composer or audio engineer working with Pro Tools. The audio team especially appreciates how much easier it is to access media.

The simpler, less labor-intense workflow enabled by Avid frees Nine Network editors to add more polish and pizzazz to promotional content; version it to better target different regions and audiences, and... turn them around in a fraction of the time.

With results this strong, there’s no holding back 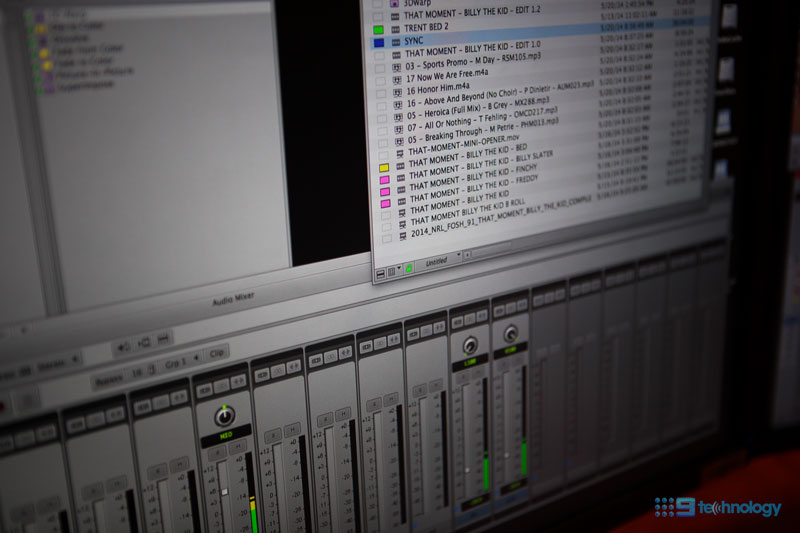 Thanks to Avid, Nine Network no longer has to hold back on quality or creativity to deliver on schedule. Mat is confident his team has the streamlined, reliable infrastructure it needs to innovate and take the Network forward as the broadcast industry continues evolving. “We’re more than just keeping up with growth, we’re outpacing it,” says Yelavich.

What’s next for Nine Network? “We plan to leverage our Avid infrastructure to enhance sports programming,” Yelavich says. “We’re also looking at how we can streamline processes for alternative platforms.”