NTV chose an Avid System 5 B for its unparalleled performance, reliability, and premium sound quality.

As one of the Russia’s only private television channels with federal status, NTV earned its reputation for its honest and accurate newscasts. Founded in 1993, today NTV not only reaches 120 million Russian viewers, but also broadcasts to the Commonwealth of Independent States (CIS), Western Europe, parts of Asia, the United States, and Canada.

Earlier this year, the station repaired and renovated their infrastructure, re-equipped their station, increased their broadcast signal and expanded their programming to include feature films, popular talk shows and regular television series. When it came time to choose a digital mixing console, NTV chose an Avid System 5-B for its unparalleled performance, reliability, and premium sound quality. 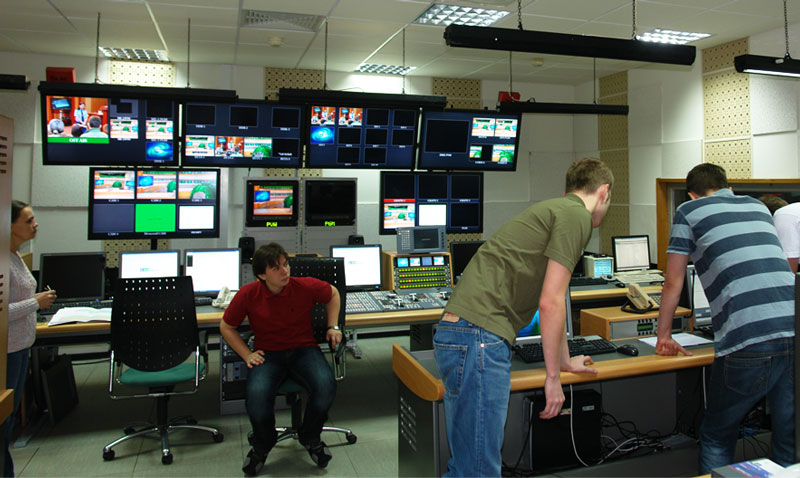 "We consider the System 5-B to be the basis for future modernizations of our studios as we transition to fully digital broadcasting," says Lyudmila Anisina, Head of the NTV Broadcasting Department. "Our audio engineers have quickly mastered the console, and they look forward to the wide range of possibilities it offers, especially the numerous analogue and digital I/O interfaces, controls and resources."

We consider the System 5-B to be the basis for future modernizations of our studios as we transition to fully digital broadcasting.

Designed with broadcasters in mind

The System 5-B is specifically designed with the high-end broadcaster in mind; its DF66 DSP SuperCore offers a failsafe system that ensures seamless streaming audio in the event of a disruption. Lightweight and compact, the DF66 is the primary signal-processing engine and router for System 5. Avid offers a wide range of flexible and modular digital audio mixing solutions, from 32 to over 400 channels, that can be tailored to exactly meet the needs of any broadcast facility.

For NTV it’s not all about breaking news and reporting hard facts. The NTV creative team has also been widely recognized in Russia. Each year NTV has won coveted Russian TV Academy Awards. Moreover, NTV correspondents based all across Russia and the CIS countries, as well as in New York, Berlin, London, Brussels, have earned prestigious governmental and journalistic awards. Together this team has managed to create in Russia an all-new, distinct, broadcasting standard providing independent insight and unbiased interpretation of events.