Digital and Analog in Harmony at Pama Studios

Pama Studios in south east Sweden is a leading example of a facility that fully embraces the power, flexibility and ease of use of digital technology, while also harnessing analog technology to bring something different to its recordings. Founded in 1988 by managing director Magnus 'Maxe' Axelsson, Pama is a long-time Avid customer; it has used Avid Pro Tools from the Avid Artist Suite for nearly 25 years for recording and mixing, and recently installed a Avid S6 console in its refurbished Studio 3.

In the early days Pama Studios’ work was largely focused on music production, with a lot of work coming from the hard rock scene. However, over the years the facility—which operates across three separate buildings linked by fiber—has expanded and developed its offering to include film and TV work. 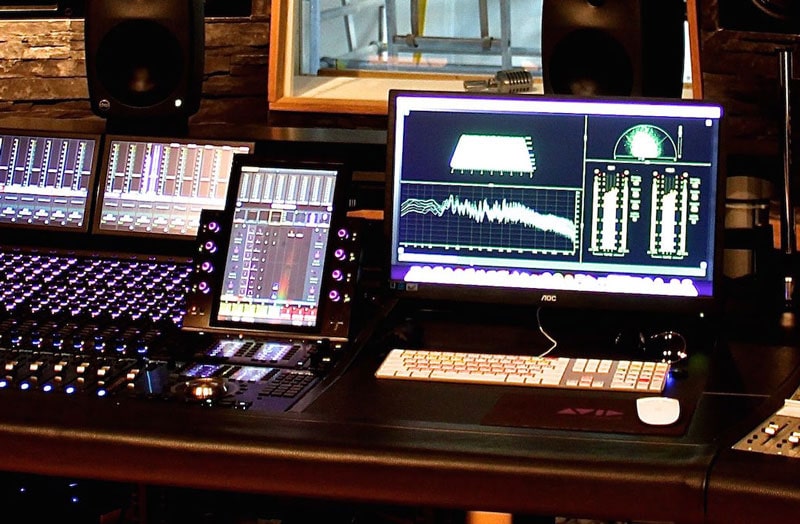 Today Pama Studios is known as a one stop shop for music production, film mixing, dubbing, sound editing and video editing. “I'd say the split is 80 percent music, 20 percent film and TV. We produce music for almost every country in the world, but the business area that is growing is sound editing to pictures on small films,” says Axelsson. “We're finding that some people in that market don't know that much about sound, so we do a lot of fixing for smaller production companies. Recently that's included work for Japan, Italy, Poland, Finland and, of course, Sweden.”

The S6 has allowed us to improve the way we work today, and the modular nature of the console gives us the flexibility to grow in the future.

Recently the Pama team decided to rebuild and re-equip the original studio in Kristianopel. The build—which included extensive structural work—offered the opportunity to install an S6 console that would be able to handle high quality music recording and also enable the team to move easily between music and film and TV work, as well as handling multiple projects simultaneously.

“I first saw the S6 when it was launched at IBC 2013,” Axelsson recalls. “I was very impressed with the broad functionality, the ergonomics and the intelligent studio control.”

Versatility across the studio

Since the installation, Axelsson and his team have completed many projects on the S6, and they particularly appreciate the versatility of the desk. “You can work on the S6 in many different ways—you can use traditional knobs, but the master module allows you to configure the displays,” he says. “I prefer to stay in the middle to work with the display more than the knobs, but it’s a personal choice—it’s impressive that each user can choose how they want to work.”

You can work on the S6 in many different ways.

The S6 console forms the centerpiece of the Studio 3 control room, alongside a vintage analog desk. “We wanted to keep the analog desk to maintain a little bit of the sound of the older consoles that some of our music clients like,” says Maxe. “What we've got now is essentially a custom console, which has the S6 in the middle with V3 panels on either end, making a slightly curved desk. It is also on a slight upward angle, which makes it ergonomically perfect to work with.”

The S6 gives Pama Studios the speed, flexibility and functionality to work efficiently across different projects, while the combination of digital and analog offers something unique to its customers. As Axelsson says, “When we first planned the rebuild of Studio 3, the whole idea was to anticipate the future needs of our workflow.