When you’re the steward of 350 years of history, archival video takes on a whole new dimension.

The Opéra National de Paris, founded in 1669 by Louis XIV, is one of France’s best known and most beloved cultural institutions. The company presents roughly 380 opera and ballet performances annually between the historic Palais Garnier theatre and the more modern Opéra Bastille theatre for a total audience of over 800,000 people.

Behind the scenes, a team of unsung heroes does what the founders of the Opéra could only dream of: capturing footage of live performances and preserving it for the future. But their role goes beyond recording performances for posterity. The audiovisual archives also support artists and technicians in real time as they work on productions, and they enable the marketing and PR teams to share the magic of the opera with an even wider audience.

Video has been an important tool for the Opéra since the opening of the Bastille in 1989. By the time the infrastructure modernization project kicked off in 2015, expectations for video recording had grown markedly, challenging the team to deliver on those expectations while maximizing efficiencies and minimizing costs.

Sylvain Levacher, a senior member of the video team, explains: “Our main concern is the increasing quality of video technology. Opera is not a TV production, and it is difficult to keep up with all technical developments for obvious cost reasons. Nevertheless, the demands for new technologies from creators are real.”

Video plays any number of roles at the Opéra. Dancers use rehearsal footage to fine-tune their performances. Promotional footage is the backbone of marketing efforts, appearing everywhere from media outlets to social media channels to the digital billboards in front of the Bastille. Directors and soloists the world over use archival footage for research, and filmmakers use the archives for documentaries. This proliferation of stakeholders means that any video solution must be maximally efficient, with a large storage capacity and the simplest possible workflow. 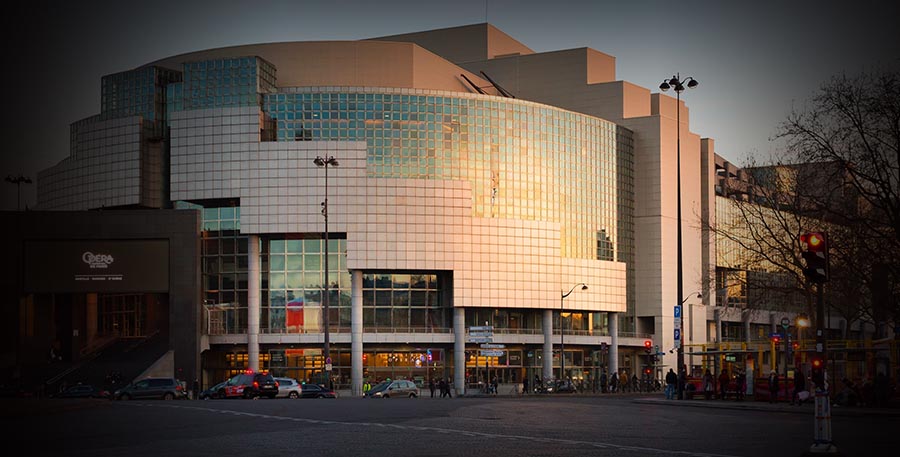 Historically, the two facilities’ video services operated autonomously, with different hardware, different software, and different processes. While the Opéra Bastille had a more modern video board, the Palais Garnier was still using a mostly analog system, forcing them to digitize cassette tapes before editing. With the renewal project came an opportunity to become fully digital and create economies of scale.

Sylvain explains, “For us it was very important to have a global solution. We no longer wanted to waste time in data transfers between different equipment.”

Today the two locations share the same storage server, housed at the Bastille, and use the same hardware across both sites—which, according to Sylvain, is an advantage when they need mobility between the two theatres.

For us it was very important to have a global solution. We no longer wanted to waste time in data transfers between different equipment.

With the expert advice of Paris-based AV supplier Videlio-Cap’Ciné, Opéra de Paris dramatically simplified their post-production workflow. “Workflow management is a problem,” says Sylvain. “The amount of data to be stored even temporarily can become a roadblock.” They sought to minimize conversions and transfers so the team could spend their time editing, not moving data around.

The post-production workflow starts with FastServe | Ingest servers, one at each site, which the team uses to capture an average of four camera streams of a given performance or rehearsal. Sylvain points to the number of channels and the alterable modularity as the deciding factors in choosing FastServe for acquisition.

From the FastServe, the footage transfers automatically to the Avid NEXIS shared storage. Editors at both locations can access the projects housed on the shared Avid NEXIS server from any of the five assembly stations (three at the Bastille and two at the Garnier), where they cut and finish on Media Composer.

No single product is the hero of their workflow; instead the real game-changer is the seamless data transfer throughout the process. “Our old acquisition server was a very good machine, but not part of a connected architecture. Conversions and transfers were required before we could start editing,” Sylvain shares. “Now the editors are satisfied that they no longer have downtime due to long and tedious transfers.” 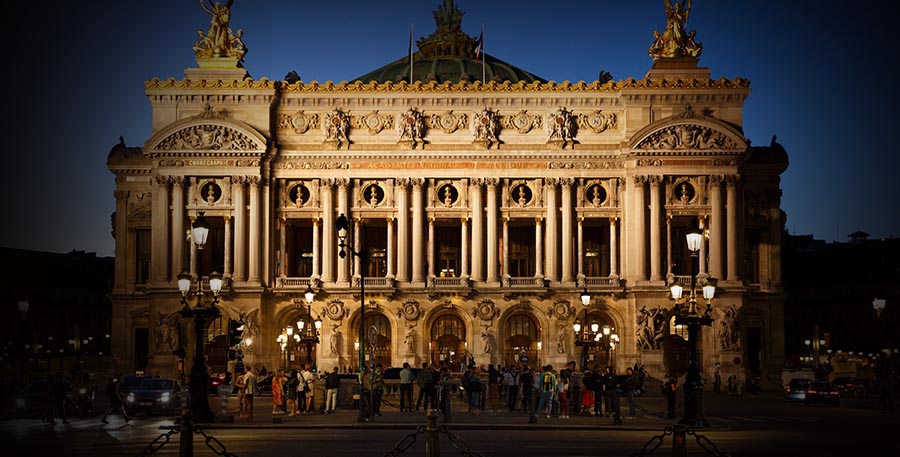 Archival video, today and in the future

Between the in-house video team and the new, modern infrastructure, it is clear that the Opéra considers video capabilities to be a cornerstone of their work, supporting the Opéra now and preserving their legacy for the future.

When asked to speculate on how Opéra de Paris will continue to expand their video capabilities, Sylvain demurs: “I’m not a soothsayer.” Still, given the success they’ve seen from their modernized workflow, he’s confident that future developments will rely on an Avid environment.