To find a flexible digital audio control surface to help expand a successful audio facility, one which could be fully integrated within a vintage analog workflow.

Park Studio chose to invest in the modular and versatile Pro Tools | S6 control surface, powered by the MediaCentral Platform, successfully integrating it within the analog workflow.

Stockholm’s Park Studio has seen a number of owners since Acke Gårdebäck opened it in 1977, with a control room designed by the renowned Ingemar Ohlsson. In 2004, the studio was bought by the Swedish rock group Kent and Stefan Boman, previously the in-house engineer at ABBA’s Polar Studios.

Boman, Park Studio CEO and also technical advisor, has in the past worked with the likes of Alice Cooper, Def Leppard, Dozer, The Backstreet Boys, Chic and Burt Bacharach—and of course Kent. Although there are changes afoot at Park Studio, his main focus remains music production, mixing and recording. 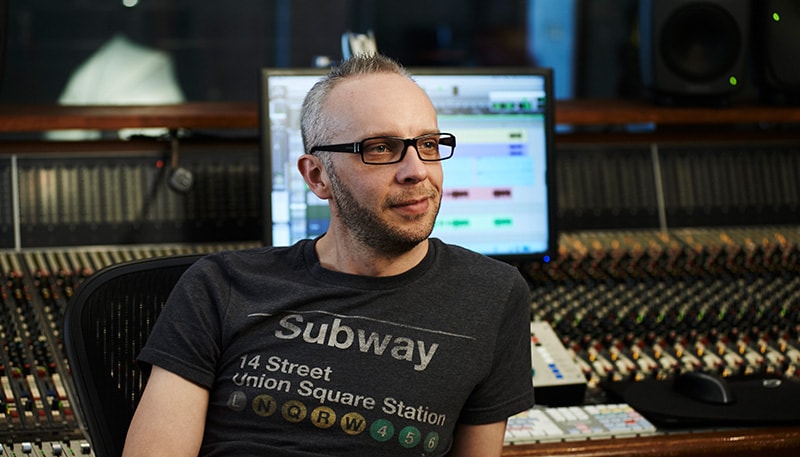 Besides the many Kent albums made at Park Studio, Boman’s credits there include albums for Salem Al Fakir, Hellacopters, Erik Hassle, Camera Obscura, 69 Eyes, Hives, The Solution and Backyard Babies. “We try to be open for anything. Most of the time we do rock and pop productions, but we also produce for video, TV and commercials,” says Boman. “These days it's from all parts of the spectrum. Often it will be major labels, but we also get artists who finance their own work, independent video makers and so on.”

Back in 2004, when Boman and Kent took over, they revamped the studio with a lot of recording equipment, including a 60-channel Neve V3 that came from EMI’s studio in Tokyo, as well as moving to the more modern digital kit.

“I've been around long enough to have grown up on tape and large format consoles,” says Boman. “But I was also a pretty early adopter when the digital workflow started taking over in the 90’s—so I'm pretty comfortable in both worlds.” 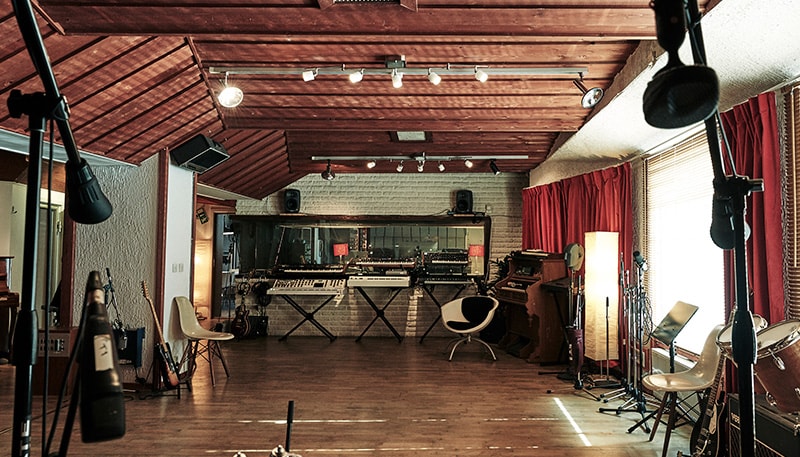 “Most of the mixes I do use lots of vintage analog gear as hardware inserts,” he explains. “I still like using analog compressors, EQs and reverbs, as well as analog summing. Mainly it’s for coloring, but also for inspiration and a better overview. I'm a strong believer that playfulness and inspiration is super important in music production and mixing. So when I'm passing audio through our vintage gear, it inspires me a lot. Besides that—it also sounds awesome!”

A further wave of expansion at the studio has taken place this year via partner Deluxe Music in Stockholm, including significant investment in the MediaCentral Platform and the latest Avid Artist Suite recording console, Pro Tools | S6. As well as enhancing the studios access to the industry’s most open, tightly integrated and efficient platform designed for media, this modular control surface provides intelligent control with superior ergonomics.

“I've been looking for a more hands on approach for mixing for a long time,” explains Boman. “I really wanted to get away from mixing with the mouse and wanted to get back to using my instinct and muscle memory. Just grabbing a bunch of faders without having scroll around too much, tweaking hardware inserts, and also getting hardware knobs for plugins—instead of having to do all that with just the mouse.” 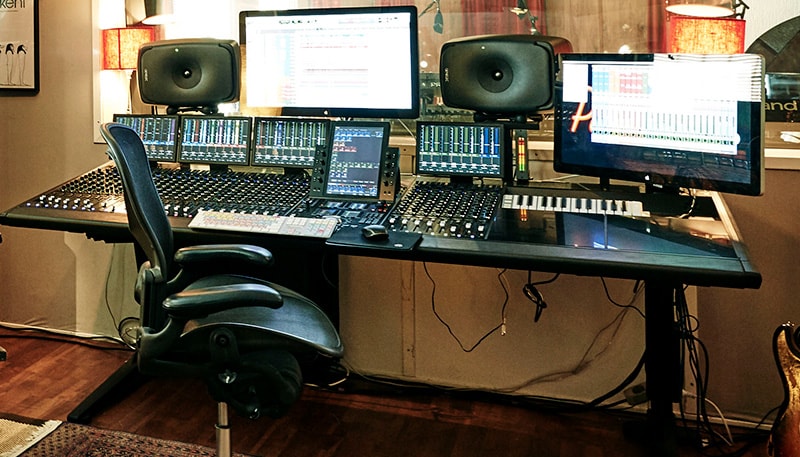 All Pro Tools | S6 surfaces include a Master Touch Module, which, with its 12.1-inch tilting multipoint touchscreen, knobs, and other controls, allows quick access to the system and control for different aspects of the mix. This access is key to why Boman chose the S6, and is also central to Avid’s aim to provide the most comprehensive tools and workflow solutions for creating, distributing and optimizing media.

“For me it's the flexibility and the ease of reaching everything fast. There are lots of great ways to organize large sessions on the S6 console,” he said. “These days sessions can often arrive with a track count upward of 200 channels. When a session is that large, organization and overview is key to keep focus on the project. I don't want to spend a lot of time scrolling around looking for a track. If I have to search too long I might screw up my flow and lose the thing I was going for.”

“We started out with a 32 channel, nine knob configuration, which was a pretty sweet setup from the start,” says Boman. “But coming from the large format analog console side, I really like the ease of rearranging modules the way I like to have them, and the freedom to easily expand to an even larger desk. Since the platform is open for other developers, who knows what the future brings in terms of modules.”

The investment in Pro Tools | S6 has been part of a wider move to future-proof the infrastructure, and make it more flexible, to coincide with a rearrangement in the ownership of the studio. “Now we are three equal partners,” says Boman. “One of the partners is coming from the video and photo industry, so that'll also bring lots of interesting possibilities to the table. And we’re starting a new label.” 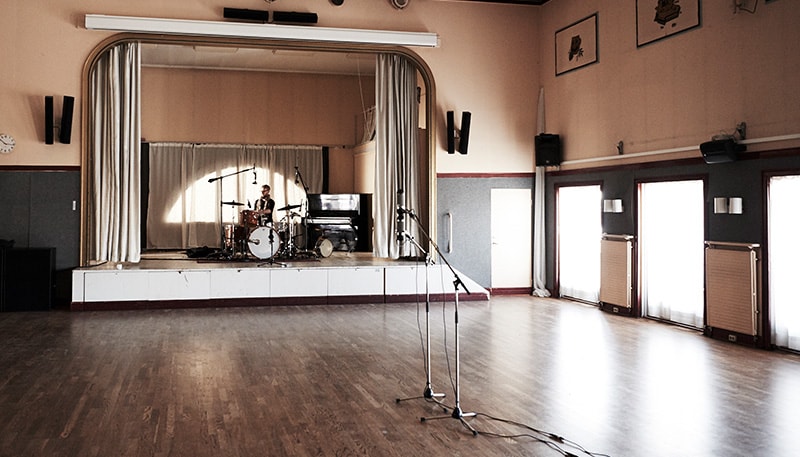 “We’ve just had another control room and production suite built by the top guys in Sweden and we've also just expanded our recording possibilities to use the large hall right above the studio,” he continues. “Now we'll have the option to record sessions, drums or strings in a 150-square-meter room with a six meter ceiling and plenty of rich ambience. We’ll be able to offer everything in-house, both music and visuals. Getting everything available under one roof is really inspiring!”

Boman obviously regards the Pro Tools | S6 as a keystone in this new structure.

“We wanted to have the perfect balance between hi-tech and vintage lo-tech,” he explains. “A really well equipped vintage studio, with the S6 as the central hub that ties it all together to fit the modern workflow. These days everything needs to be easily recallable.” 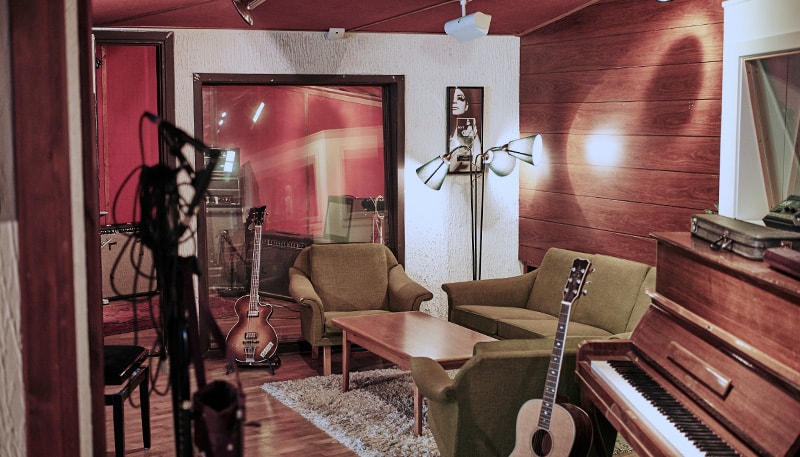 “The Avid solution gives me a more intuitive way of mixing, and adds flexibility to jump between different projects fast and easily,” he says. “Our main objective is quality, but a faster workflow could also result in a more focused production. You spend more quality time on the music and less time on recalling stuff, or pausing a mix awaiting feedback from the client.”

The new possibilities offered at Park Studio by the Pro Tools | S6 for existing clients, and for future users from new industries, are already making an impression. “From a business perspective it’s too early to tell the full impact, but I’m already seeing benefits from organizing large sessions when mixing,” said Boman. “There’s more focus and a faster workflow. And also it’s a lot more fun mixing, since everything is more tactile!”