Editors at every stage of their careers require video editing tools that give them a competitive edge, offer the features to help them create, and enable them to advance their careers in film and television.

That’s the running length of Echoes of a Note, the 2016 short film directed by Chris Mathews and written by Marylea Wiley, about a young musician dealing with a crippling new reality. The story begins with the sound of a symphony warming up, then a series of bittersweet memories, underscored by piano melodies and foreboding silences, as she struggles to recover her relationship with her family and her talent. After seven minutes, the story ends with tears—your own.

Ede Bell Crowder, the film’s editor, cut the film with a rhythm that lets the drama unfold in a way that is purposeful but unhurried, and involves a soundtrack as critical to the story as the imagery. Her music background is extensive, playing the upright bass in high school and bass guitar in 6 bands while growing up, with her little sister on drums and vocals. Her natural acumen for sound and music perfectly underscores her advanced skill as an editor. 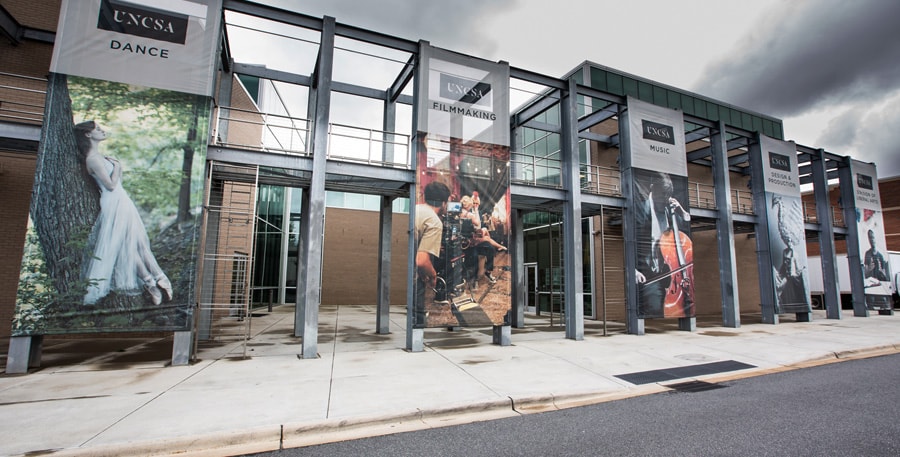 Music runs in the family. Ede Bell’s father, Paul Crowder, ACE, began his career as a professional drummer, touring and producing with London band The Adventures. His music experience took him to Los Angeles, where he founded the band Floggin’ Molly, and continues to perform with British transplants the Automatics, whose latest album is entitled West of Whatever. Crowder’s talent for music, as well as video editing, made him a natural choice to edit VH1’s Behind the Music series.

His success as an editor brought him to the world of documentaries, including Dogtown and Z-Boys, about extreme skating, the big-wave surfing film Riding Giants, and Dave Grohl’s documentary Sound City, all breakout hits at Sundance. He directed 1: Life On The Limit, the definitive film about Formula One racing, and edited the Ron Howard-directed Beatles documentary Eight Days a Week.

His directing and editing credits include Amazing Journey: The Story of the Who, ESPN’s Once in a Lifetime about soccer legend Pelé, and Last Play at Shea which combines sports and music, being about the storied stadium, the ‘86 New York Mets, and Billy Joel.

I love editing because it allows me to have a voice that I wouldn’t have normally had.

One part of editing that is evident in both Paul and Ede’s editing style is a natural sense for rhythm. Paul talks about how his style emerged quickly. “My first episode was Ozzie Osbourne. Working on Behind the Music really set me up and developed my style. Without knowing it, I wasn’t consciously trying to create one, I was just forced into it by the nature of the show.”

Just like actors and directors, editors often develop not only a style but a genre, which comes from success with certain kinds of film, in Paul’s case, music documentaries, and extreme sports. “Dogtown and Z-Boys… that has been my calling card, literally, for seventeen years now. Since I made that film, people want to hire me because of that film.” 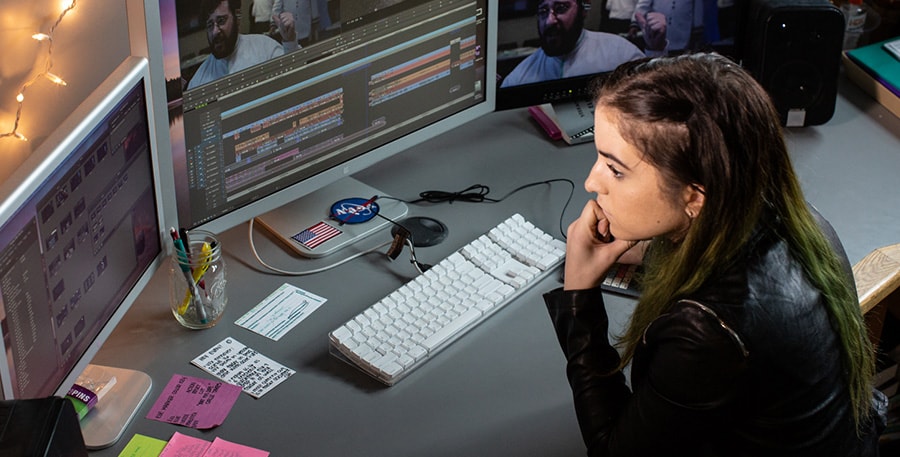 Ede Bell is creating her own style, and working in numerous genres including dramas Echoes of a Note and Iron, the spacefaring comedy Voyager PEN-15, and an upcoming horror production.. To her, editing is another way of sending a message. “He said if I don’t care what I’m doing, and if I give up on it, then I’m not going to make anything worth watching.”

I think the biggest challenge as a student about to go into this line of work is that everyone’s trying to do it. 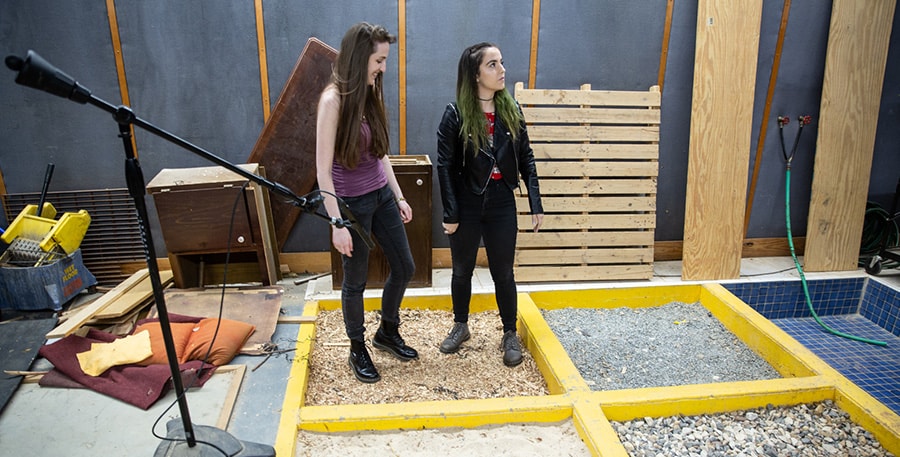 The work of editing is often considered one of the more difficult parts of the storytelling process, because it is where every idea comes together, in the form of video, dialogue, music, and effects. The editor and their team are charged with putting those ideas together in a way that tells the story and keeps the audience engaged. “My dad tells me that editing is a thankless job, and I’ve definitely seen that first-hand,” Ede Bell says. “And I don’t care, because just being able to be in the theater and watching your work and watching people react to it, is enough of a thank-you.”

Getting into an editing career is every bit as difficult as the work itself, requiring a high level of dedication, a willingness to get involved with people and projects, as well as an edge. Paul describes the nature of the challenge.

One thing to understand is there are going to be a lot of you trying, and it is not going to be an easy nut to crack. It really is a ruthless business. 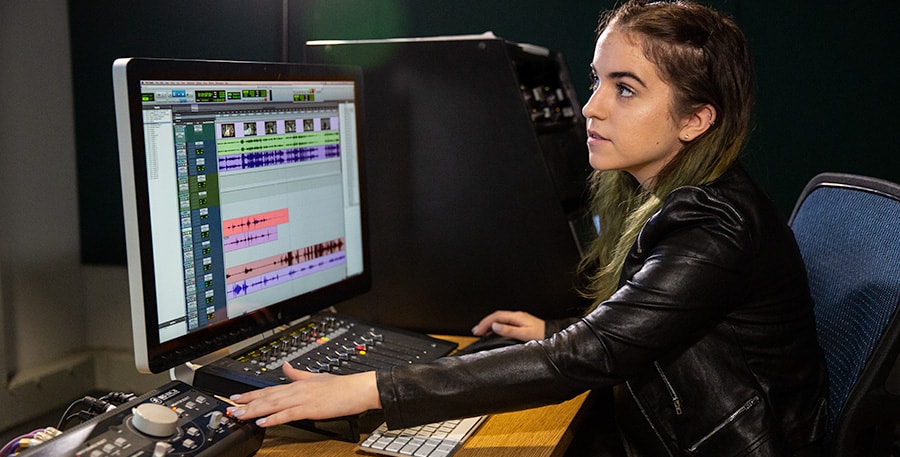 Ede Bell has already seen the issue first-hand, where it’s important to find an edge that gets you and your work noticed. Beyond a natural eye for editing and rhythm, editors also need skill with the tools used by the leading editorial departments. “A lot of people have the talent, but it’s having something that makes you different from everyone else, as an assistant or as an editor.”

If it wasn’t for Avid, I wouldn’t have a career.

Media Composer is used in the editing process for the majority of feature films, and it is part of a family of editing suites ranging from the free Media Composer | First to the full-featured Media Composer | Ultimate, which includes the Symphony coloring option, PhraseFind for finding dialogue and ScriptSync for arranging clips according to the story text. “I remember when I first got ScriptSync within Media Composer. That has just changed my editing life completely as far as documentaries are concerned, especially.” 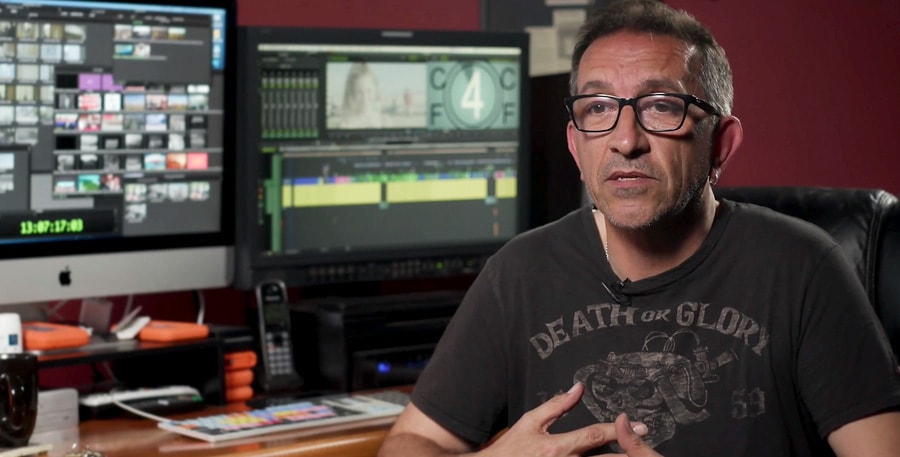 The tools help to save time and reduce the difficulty of finding a clip or a timepoint in the editing workspace. “It’s so easy to find a sentence that you need, who says it, without having to wade through transcripts… it takes about four to six weeks off your editing process, being able to find that stuff so quick. PhraseFind and ScriptSync are an absolute genius addition to the Media Composer package.” Ede Bell uses Media Composer for her work, and has seen the need for aspiring editors to have something they can try out and learn how it works. “I think Media Composer | First is great for a lot of artists who are first starting out in editing and just want to feel how this program works compared to a lot of the other programs that they’re used to.”

Media Composer’s primary strength, according to Paul, is that it is designed to align with the filmmaker’s thought process. “Its main reason for it being superior to every other application for doing this, is that it is designed from the film-editing perspective, and that’s why it works so well. I wouldn’t use anything else… it’s the Rolls-Royce, it’s the Porsche, whatever your favorite car is, it’s that.”

It starts with inspiration

Ultimately, editors rely on their experience to bring a unique vision and perspective to the story, and Crowder is currently bringing his to another documentary with Ron Howard, this time about a legend from a different facet of the world of music: Pavarotti. An editing tool should be powerful enough to support projects ranging from student films to critically-acclaimed blockbusters. “With these fantastic technologies that Media Composer brings, your mind can go anywhere. We can do anything now. So just go for it. And I’m sure you will prevail.” 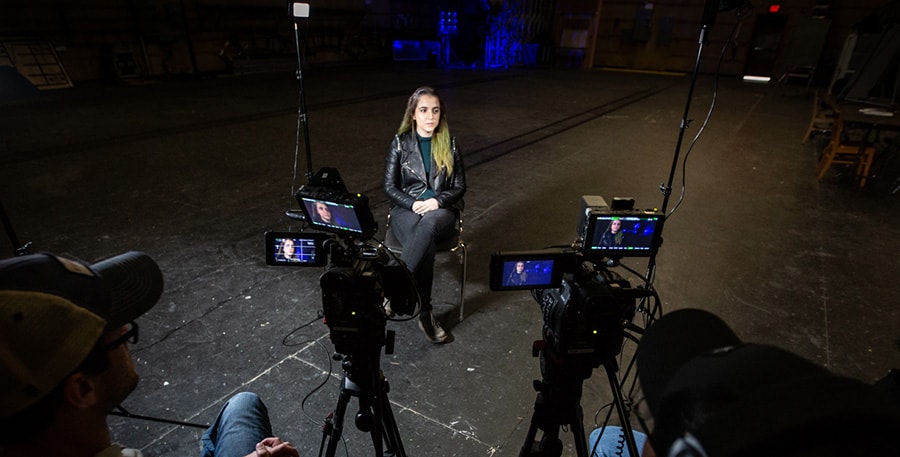 Ede Bell’s story is just beginning. Since graduating from UNC’s School of the Arts with a degree in Picture Editing and Sound Design in 2018, she continues to put 100% into her work, as a freelance editor for BuzzFeed, and as full-time Associate Editor at Thrillist Media with Group Nine Media. Her dream is to edit a multi-cam comedy series and has a love for script supervising, improv comedy, and stand-up.

Beyond developing her style and skill with the leading editing solution, Ede Bell says there is another factor in forging a career in visual storytelling. “The biggest advice my dad gave me about starting my career as an editor specifically, is that I need to stand by what I’m creating, I need to love what I’m creating, and I need to be passionate about it. He said if I have all three of those things, everything else will follow.”

Paul has already seen that passion and the talent on display in Ede Bell’s work. “She is far, far better than me at this job, she has an affinity for the art, as a filmmaker, and as a serious filmmaker. The short films she has already made to date are incredible... she really is a natural.”