In Hollywood, studios often schedule recordings with the top talent in the business on short notice. The need to be quick is critical for keeping up with the immediate nature of Hollywood production schedules.

Sibelius lets Perrine Virgile quickly create music scores for directors and performers in studio recording sessions, as well as for her concert pieces, that are professional and easy to read.

Perrine Virgile is a composer of music for film and television, working with Jeff Russo on productions including "Counterpart", "Legion", "The Night Of", and orchestrates her own freelance compositions for many types of ensembles. She uses Sibelius to create music quickly and coordinate with other composers and arrangers on the team.

I come from France originally and I moved to Hollywood to pursue my passion. When I moved to L.A. I realized everyone uses Sibelius here. When I first switched to Sibelius, I found it much easier and quicker to get around it. 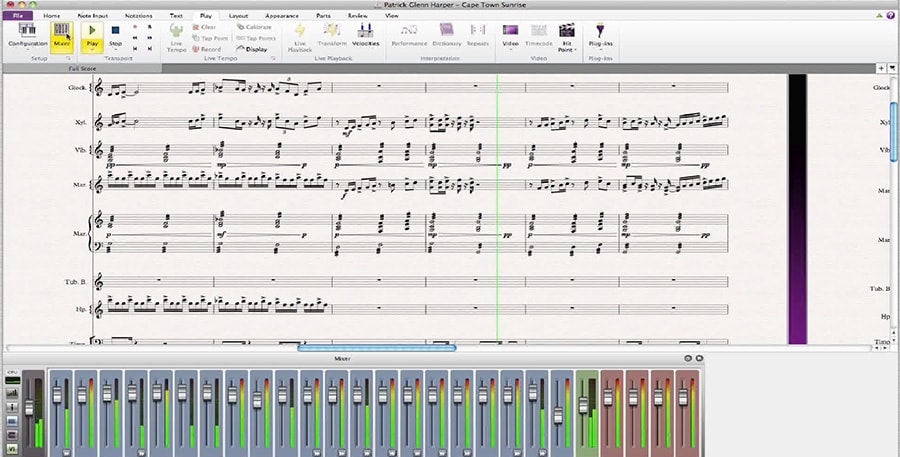 When she came from Berklee to L.A., she found that Sibelius was much quicker and easier to use than what she used before. The need to be quick is critical for keeping up with the immediate nature of Hollywood production schedules. For instance, a studio might bring in a violin player to cut some recordings on short notice, and Sibelius lets her easily create music from her score for the violinist to read.

Virgile relies on Sibelius’ ability to communicate with the rest of the Avid Suite. For her freelance compositions, she uses Pro Tools to record instrument tracks that she can easily quantize and export to Sibelius. There she can add the dynamic details and annotations to entire sections easily, without wasting a ton of time looking for the right function. When I orchestrate my own music, in Pro Tools I quantize everything perfectly and export it to Sibelius, then I just clean up a little bit and add articulations, and in terms of quickness and efficiency, it’s the best thing for me.

The versatility and ease-of-use is critical for composers like Perrine Virgile, because it speeds up the process of music creation and works with other tools used by producers, allowing her to excel in the fast-paced world of film and television production.