Documentary programs cover myriad topics and must be produced on a tight schedule, and the success of a series relies on a talented editor with software to match.

Editor Phil Bowman has built a wealth of career experience in fiction and documentary that cover military missions, true-crime, and ghost stories that cross into sci-fi. On Avid Media Composer, he has cut the feature film Pickups starring Aidan Gillen (Game of Thrones) about the life of a jobbing actor, which premiered at the London Film Festival 2017, the Discovery show Gold Rush, which follows crews as they hunt for gold in the Yukon, and Obsession, a series telling the harrowing stories of victims of stalking.

Programs in the documentary genre cover myriad topics, and producing an episode from start to finish can take as little as seven weeks. On such a tight production schedule, the success of a program relies on a talented editor with natural timing for drama and a journalist’s devotion to the truth.

Phil relies on Avid Media Composer for editing stories, and has developed a tremendous acuity with the software and its various features. It is also his ability to feel the timings, as well as the use of sound and music.

Music and scoring are inherent parts of the editing process. Punctuation is so important.

Phil talks about timing the music score to the beats in the story, and aligning the song endings with video segments by setting markers, and cutting frames and beats. “One of the features I use is the audio mixdown tool. I can add reverb in Avid to a single beat and create an artificial climax to a song that falls wherever I need it to on the timeline in order to help me punctuate a piece of action or line of sync. The editing functions in Media Composer let me be the boss of the material.” 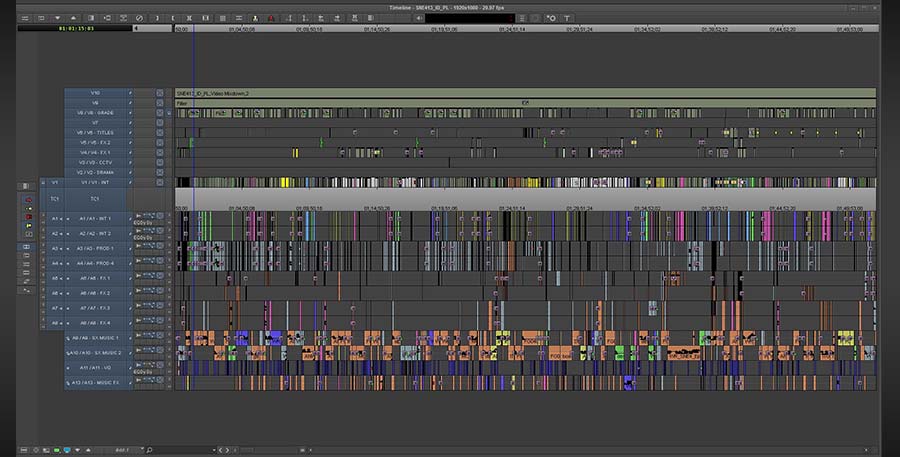 And speaking of staying in control of the material, Phil’s feel for timing is supported by asymmetrical trimming in the timeline. Features like this within the Media Composer enable editors like Phil the unparalleled ability to keep up with a fast-paced production schedule.

Asymmetrical trimming for transitions is another great feature. I make the trims by feel, and the ability to play a cut on the fly is fantastic. I often use it to trim the transition between outgoing and incoming scenes in order to get the pacing just right.

Another important factor in editing documentaries is that the dialogue is key to engaging the audience. This means Bowman works hard to get the best from his audio. “I always strive to provide the best sonic experience possible during the offline, and Avid’s plugins allow me to achieve this.” And he looks for the best tips and practices from other editors. “If you look at (John Wick 2 editor, Ghost Protocol associate editor) Evan Schiff’s blog, he provides a lot of tools for fixing dialogue which I have used as my go to for a while now.” 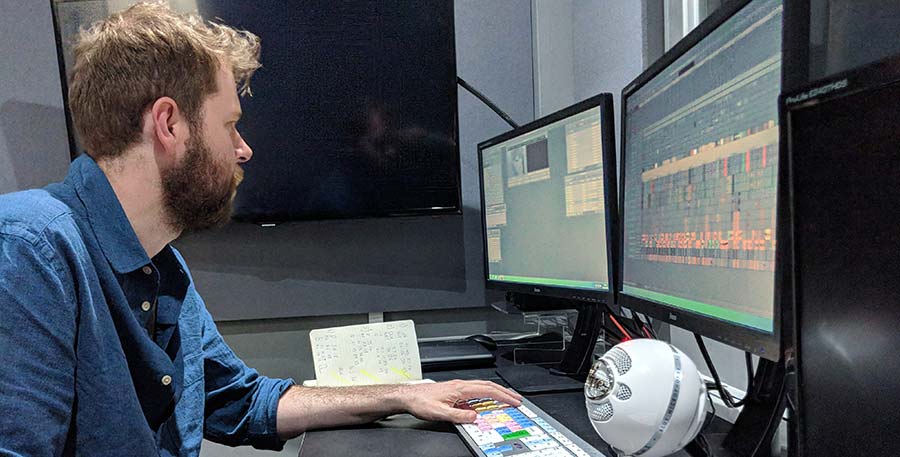 In film and television editing, like many other areas in the creative arts, specialization can be an advantage. “You can get typecast as an editor. Although I have worked on a lot of true crime shows, I like to keep it varied. The feature film Pickups was a far cry from my television work, but allowed me to put my documentary skills to good use in piecing together the narrative of the film.” This approach to work has allowed Phil to develop a rich resume in a short amount of time.

It is a given to get drawn in to the story emotionally, especially when viewing the family interviews and listening to their accounts.

In any production, the editor is the first audience member, reviewing the finished edit before anyone else. With subject matter that can often be delicate and heartbreaking, this is another unique factor that comes with a focus area. “I never lose sight of the fact that there are real people involved, and it is critical to do right by the families.”