For over 85 years, Pinewood Studios has enabled storytellers around the world to bring their visions to life on both the big and small screen. Its iconic film and television studio lot in the UK—home to some of the most enduring screen classics, including James Bond, Star Wars, and the Marvel Cinematic Universe—houses 24 stages, an underwater shooting stage, seven theaters, and three TV studios just outside of London. Its sister studio lot—Shepperton Studios, which houses another 14 stages and 11 theaters—is a short drive away.

Production companies big and small gravitate towards Pinewood because of its history, as well as for its world-class audio post and localization services. And for decades, Pro Tools has been the cornerstone for all things audio, with all mixing theaters and sound suites based around its hardware systems, software, and control surfaces for recording, editing, and mixing.

“Our customers span from multimillion-pound budget feature films with major studios to small independent films and broadcast TV for the UK,” says Jens Christensen, Post Production Director at Pinewood. “So we really cover any type of post-production sound… I think the thing that really sets us apart is the number of theaters available and that everyone here is driven by a passion for what they do.”

In the last few years, the post-production team has been upgrading their mixing theaters, replacing older Euphonix System 5 consoles and ICON control surfaces with the fully modular Avid S6. Most recently, Pinewood upgraded its Powell Theatre—the biggest mixing theater in the UK—with a dual-operator Avid S6 control surface providing 32 faders on each side. 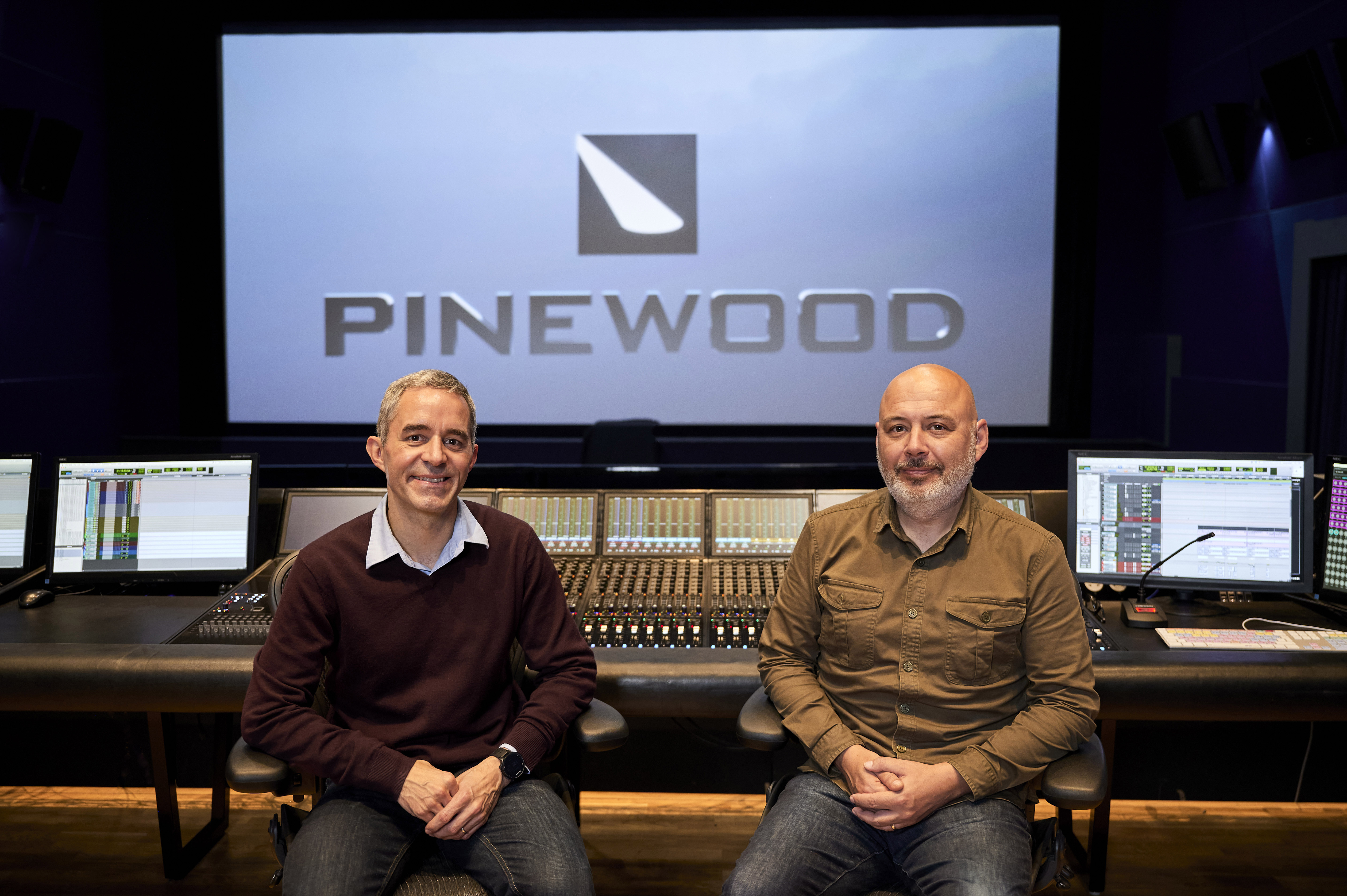 Maintaining tradition with modern advances
The decision to choose S6 not only gives Pinewood’s clients and in-house team console familiarity across all theaters, but it also allows all work to be done on a single platform of Pro Tools and S6, giving them more flexibility and efficiency to handle the busy schedules and inevitable last-minute changes.

“We had ProControl surfaces initially and when they became end of life, the natural step was to get the ICON control surfaces to replace those,” Christensen explains. “Most of them have now been replaced by S6.” The studio currently has 14 S6 control surfaces.

A big factor in that decision was EUCON, the Ethernet protocol that Avid control surfaces use to communicate with Pro Tools and other audio and video applications. With EUCON built into S6, mixers have deeply integrated and intuitive touch and tactile control of Pro Tools and plugins, plus remote control of all sources and speaker sets for monitoring.

“We wanted to retain that traditional film mixing workflow. We still have multiple playback rigs in the theater… And there are a lot of ergonomic features for the S6 that really benefit the re-recording mixers. That in combination with the PEC/DIRECT metering—which is an essential part of the S6—and retaining the fantastic integration with Pro Tools is what makes it attractive to us. It’s just excellent.”

Gaining the edge on localization and the Dolby Atmos demand
The other deciding factor was finding a solution that would give the studio the most flexibility to accommodate different client needs and optimize the workflow of all the localization mixing the team was doing for “probably the biggest studio in the world,” according to Christensen. But before making the decision, Christensen researched what other mixers were using.

“We have connections to many mixers in LA, and I asked them, ‘What are you mixing on at the moment?’ And they kept sending me pictures of S6 consoles sitting on top of other consoles wherever they were… It was a bit of a gamble because we are the first big mixing facility in the UK to go with a dual S6 in our main room, but I think that’s where audio post is going, and it gives us the flexibility to bring in 99% of the post projects that are out there.”

The studio also upgraded the theater’s routing and monitoring capabilities with a single Pro Tools | MTRX audio interface, enabling mixers to switch between different monitoring setups in the room quickly and easily. With the combination of Pro Tools, S6, and MTRX all communicating together over EUCON, the team and their clients have the speed and flexibility they need to handle the most demanding mixes and workloads.

“On the creation side, because of the type of content we’re dealing with, we’re doing Atmos on pretty much everything,” Christensen says. “On our localization side, on a big animation title we could do 45 versions [of a mix] and maybe 30 of those will go Atmos. There’s a big demand for it.”

Paul Govey, Post Production Operations Manager at Pinewood, agrees adding, “A lot of the time, it actually seems to be the streaming clients that want Dolby Atmos® rather than the theatrical clients. We’ve also noticed that some Netflix titles will quite often ask for a Dolby Atmos HE [Home Entertainment] version, even if the theatrical version of the film isn’t a Dolby Atmos mix.” 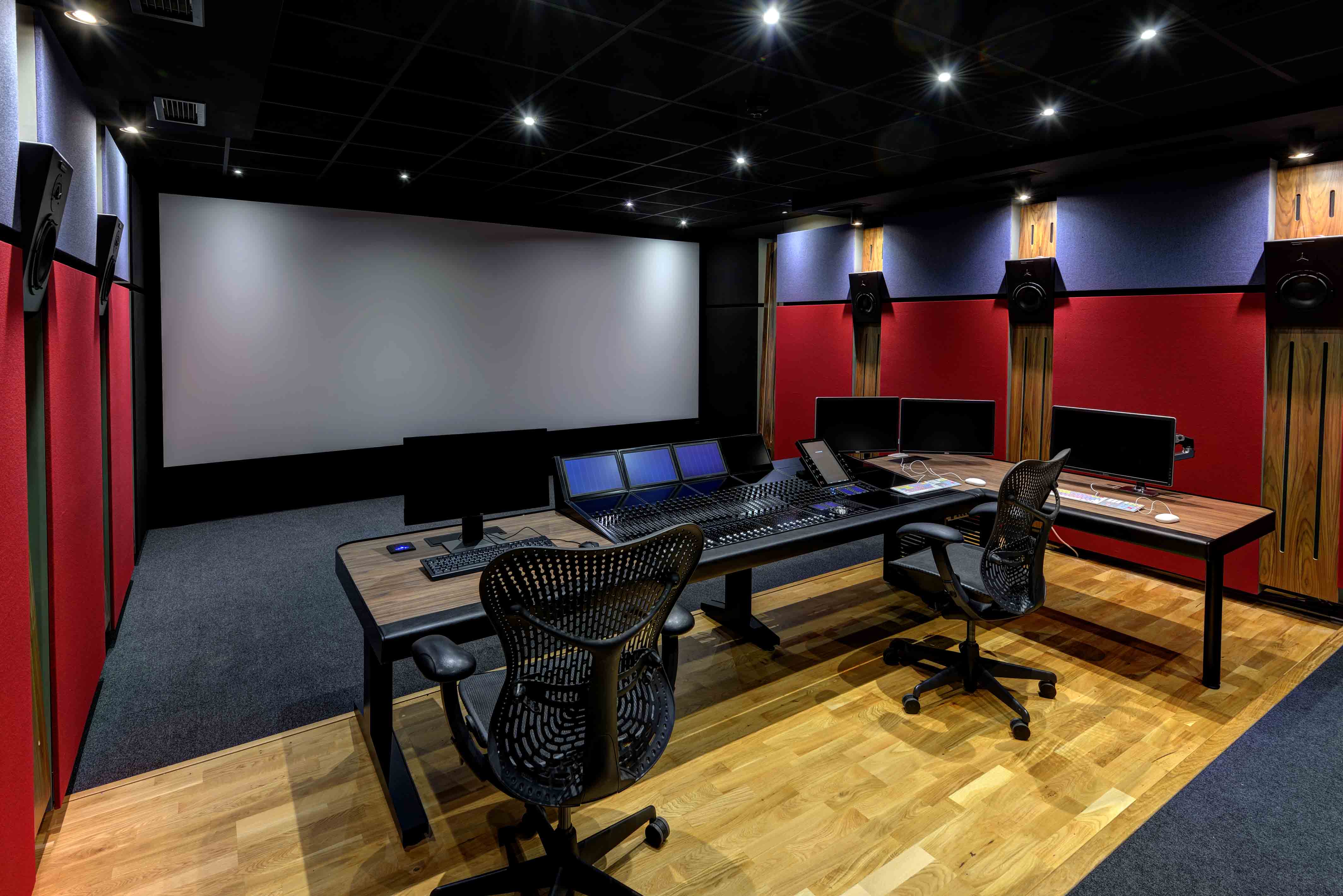 Empowering clients
So, what do Pinewood’s clients think about the upgrades? According to Symeonides, “Our clients so far have been very, very happy. They’re able to actually use the S6 as if it were a System 5, so it feels familiar and something that they’re glad to be in front of and use.”

Govey adds, “Some of our clients have very firm ideas about how they like to mix. We recently had what you might call a traditional console guy in to mix, and he was actually saying that the new S6 install—particularly with the two knob panels per fader—was brilliant and that he felt like he was mixing on an S5.”

That client happened to be BAFTA-nominated re-recording mixer Adam Scrivener, whose credits include Harry Potter and the Deathly Hallows (Parts 1 and 2), The Gentlemen, Hitman’s Wife’s Bodyguard, Roma, and V for Vendetta. And he had this to say about his experience:

“Working on Pinewood’s new S6 in Powell Theatre reminded me how liberating a well-configured console can be in the mix. I love having the full complement of knob modules to allow inline access to EQ, while the PEC/DIRECT panels and pan modules make it feel how a console should. The whole setup was rock-solid.”

For Pinewood, knowing that their clients are happy and can achieve what they set out to do, efficiently and in the highest quality, means everything.

Dolby and Dolby Atmos are registered trademarks of Dolby Laboratories.