The recording studios at Power Station are uniquely designed to capture the natural sound of acoustic instruments and voices. It is one of the most awarded and decorated recording studios in the world with hundreds of gold and platinum records. Artists including Bruce Springsteen, Paul Simon, David Bowie, Pat Metheny, Sting, and Madonna have recorded at Power Station since 1977 when Studio A first opened. Today, Power Station also is New York’s studio of choice for large ensemble recordings, specifically Broadway cast albums.

In 2017, Berklee NYC took over operations of Power Station and began a major upgrade, including merging digital technology with the Power Station’s historic analog infrastructure. As part of the upgrade they added Avid Pro Tools | MTRX. Four of Power Station’s six studios have large-format analog consoles. Artists book Studio A specifically to use the vintage 40 input Neve 8088 desk. “It was designed in a world where you could get a recording session up quickly,” states Ian Kagey, Director of Operations. “We wanted to add digital components that didn’t get in that way but made it a lot easier. The MTRX system provides that for us.”

Recording large ensembles involves very complex and demanding sessions and the cast and musicians of Broadway shows have limited availability for the recording studio. As a result, most producers want to complete the recording in under two days. That requires the simultaneous recording of an orchestra, as many as eight or ten principal singers, and an ensemble of up to 30 or 40 people. “There’s a limited amount of time you have with that many musicians, so having speed and ultimate flexibility is super important,” declares Kagey. Avid’s Pro Tools | MTRX provides that flexibility, enabling Power Station to tie Studios A, B and C together. “MTRX made it easy to connect all the rooms, and, in a way, serves as a digital router for a variety of connections between studios.”

Schedules are tight and by linking the studios with single point connections, MTRX also provides the stability and reliability Power Station needs. “The sessions we do here have to be bullet-proofed,” states Kagey. “We’re doing something incredibly complex across three spaces and cannot have downtime because if we do, we’re costing our clients tens of thousands of dollars.” 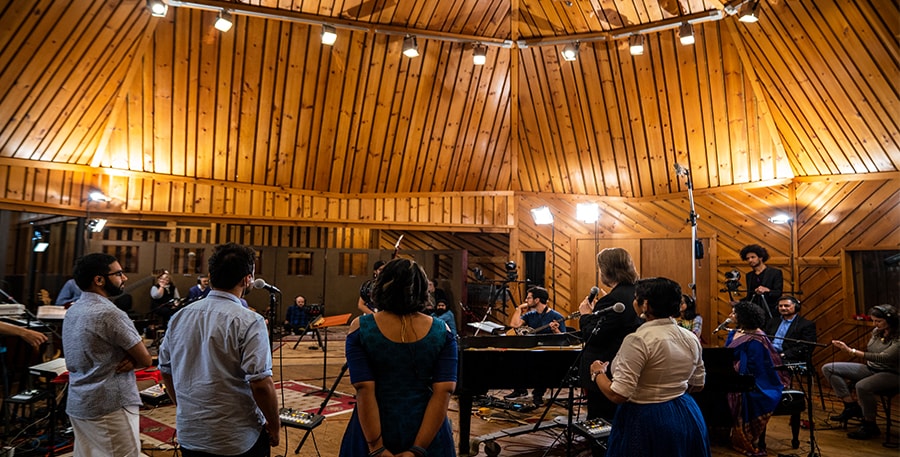 Kagey notes MTRX allows more flexibility in routing as well as a high channel count over a minimal number of connections. “The MTRX interfaces directly with Pro Tools, the preferred DAW people use at Power Station to multi-track record. Plus, MTRX is modular, a collection of different ins and outs that you can program and put together. That is really key for us because we know that we want to have the flexibility to have Dante to easily network through rooms, that’s a very quick way to get 64 channels of audio between the spaces.” Additionally, Kagey notes, Power Station wanted MADI capability because they have coax lines between the studios, and MADI provides redundancy or an additional line of 64 channels.

“The MTRX is changing where the centerpiece of the studio exists in a way. What we’re seeing on most sessions is the console becomes the front-end because people still want that sound. With MTRX, most of the headphone routing and other significant routing is happening inside the computer. That’s a pretty big shift in an analog studio.”

Recently, Power Station recorded five Broadway cast albums over four consecutive weekends. The set up for each album was very complex, and very different; so being able to easily re-configure how they tied the studios together was critical. “MTRX is modular and now we have a lot of stock in the building of the cards, so we can reconfigure and save presets making it really, really useful,” states Kagey.

“The sound quality has been great. I’ve received an enormous number of comments from clients who have felt that the sound quality has improved with these new systems,” concludes Kagey. “The MTRX is a super high-quality addition to the really amazing analog equipment we have; it is helping us capture the true analog essence of Power Station, in a more transparent way.”