Producer Rik Simpson needed the power and agility to produce, engineer and mix Grammy Award-winning music for Coldplay and other top music acts.

UK-based Simpson has known the group since the band’s heady early days. Their relationship started with their second release, A Rush of Blood to the Head in 2002, and has continued uninterrupted since 2006/2007 when they collaborated on Coldplay’s fourth album Viva La Vida or Death and All His Friends. In addition to producing their new releases, he travels to their tour locations to create live mixes for important TV, radio, and increasingly, online events.

While to Simpson, “capturing the magic of a great band playing together in a great sounding room is something that can never be replicated,” he uses technology to its full advantage to help achieve the mixes he wants. “Today’s tech is wonderful, with so many options available to overdub and comp, and more,” he says. For that and his occasional music contributions, Simpson turns to Pro Tools | Ultimate, which he’s used since the day it was introduced. The most powerful digital audio workstation offered today, Pro Tools | Ultimate gives Simpson the creative features to realize his vision every day.

From loop-based music creation to the ability to try ideas without committing with Revision History, Pro Tools puts the audio tools Simpson needs at his fingertips. Its workflows allow him to play, experiment and refine with tools that are sophisticated but easy to use. That process includes embracing the mix of raw recorded music and technology, including tracking and the spill between instruments as much as possible.

“I always make a conscious effort to openly embrace all emerging technology to help me realise my vision,” he explains. “I keep up with software developments and how people adopt newness in their workflow. I’m also aware of the proliferation of electronic music that has no band elements, which I also love. I try and bring some organic qualities to the table when I work on these projects though. I love the fusion this can generate.” 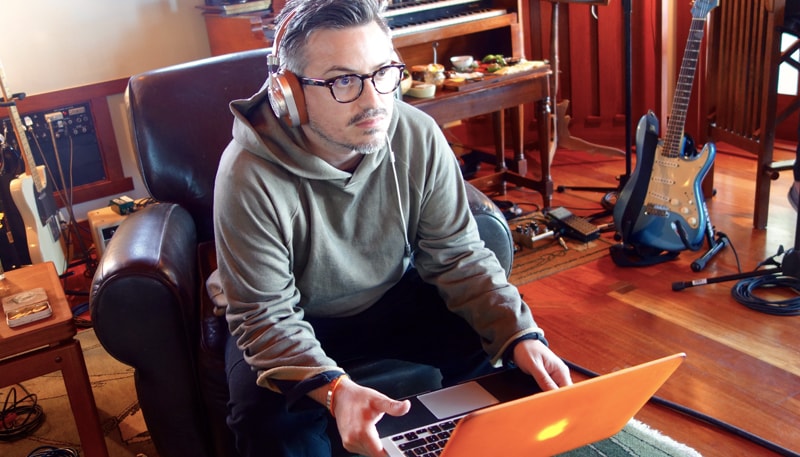 For Simpson, the best part of Pro Tools may be its most fundamental advantage. “The basic fact that Pro Tools is laid out in a very logical manner,” says Simpson, underpins the software from top to bottom. “Everything from signal flow to the GUI is presented in a manner that makes sense,” he says. This logic is one of the core tenets of Pro Tools. Its design allows producers, engineers and mixers, like Simpson, to focus on the artistry of their craft, not technical specifics.

In terms of go-to features, Simpson points to playlist comping as “the best for editing audio in any DAW” and a standout capability for day-to-day music producing. He’s also a fan of new features in Pro Tools 2018, including the color coding of automated parameters in menus. “If you write any data to a track, it will change the parameter to yellow,” he says. “It’s incredibly useful.”

That’s not all—iLok Cloud support is also on his go-to list of new features. “I can have my license in the cloud, leave the studio and just open Pro Tools up on my laptop without having to plug in an iLok. It’s brilliant,” he says.

But there are other features that make his job easier and aid the creative process, like Elastic Audio and fade, so you don’t “kill your ears every time you press play when you’re monitoring loudly.” And even on his busiest of days, Simpson sees the artistry embedded in the software and appreciates its visual cues and continual updates, including the look of the waveforms. “I like the recent updates where you can see overlaps and how crossfades will work before you commit to an edit,” he adds.

In the studio, Simpson powers his system with Pro Tools | HDX on a 96 I/O and secondary 16 I/O, but looks ahead to the possibility of other configurations. “I’m interested in trying out a Avid S3 or a Avid Dock to see what benefits it could bring to my workflow,” he says. “Coldplay also owns about three or four large rigs, one that tours with them, one in LA and the others here in London.”

Simpson’s creative process is as diverse as the artists, songs and albums he brings to life. Each requires a different approach. What stays consistent is his desire to record a band live, as an integrated unit, into Pro Tools. From there he works his magic according to the desired outcome. ”Everything always ends up in Pro Tools. Pro Tools is the pot that everything ends up in to get sorted and mixed together.”

Another constant? Thinking on his feet, though he points to his current work schedule as remarkably stress-free. While mixing, he notes the importance of taking time to regroup. “I give my ears plenty of breaks to make sure I don’t get fatigued,” he says. “I also have a small team of people beavering away around the building proceeding and prepping files so I can focus on the sound and the music.”

Shooting for the stars

In the year since Simpson finished Coldplay’s last album, he has been working with several new artists, as well as completing Coldplay live mixes. “I’m currently doing a 5.1 mix of a stadium show the band did in Chicago and there’s no other software that I could be doing this in as fluidly and efficiently.”

He’s also looking ahead to mixing a Coldplay world tour, which will mean lots of concerts to cull through to find the best performances. In short, it’s no small feat for someone in Simpson’s position and a role where Pro Tools will figure prominently. “We’re trying to get as many locations on the record as possible,” says Simpson. “It’s a mammoth task to pull this all together.” He’ll also be doing recordings for an artist who he helped produce a number one hit in South Korea last year, as well as an Italian singer with whom he had a Latin Grammy nomination last year. Finally, Simpson has helped electronic luminary Jon Hopkins finish his recently released album, Singularity. 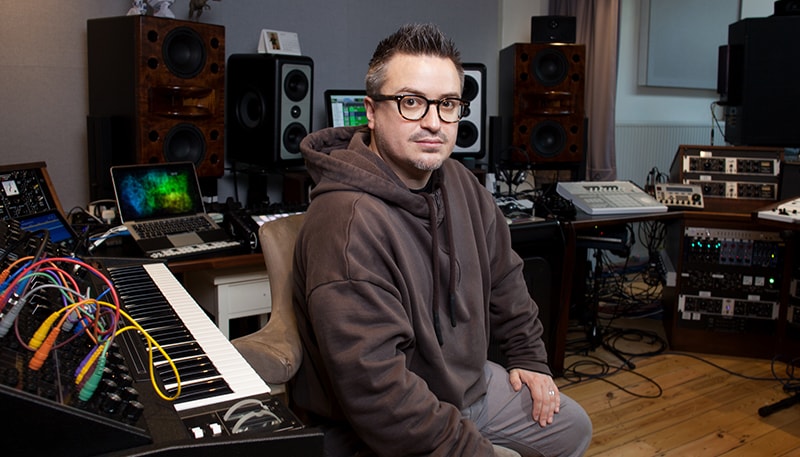 Years of experience have given Simpson perspective and words of advice for aspiring producers, engineers and mixers. “If you really want to get into it, you have to persevere,” he offers. “You’ll face setbacks and moments of doubt but if you really want it, keep fighting for it. Always be kind to people; apart from it just being the right thing to do, you never know who might remember that in the future and be in a position to provide you opportunities. Finally, just make the best music you can, keep pushing yourself both technically and creatively and never forget why you want to do this.” Spoken like a true professional.

After decades of success, what brings a smile to this talented hyphenate’s face? It’s probably a universal joy, experienced by nearly every artist and one that propels future generations of talent. “Hearing music I’ve done played on the radio when I’m out and about and people liking it,” he muses. “I’ll always remember walking down Santa Monica Boulevard right after Viva La Vida had been released and some guy drove past with the windows down singing at the top of his lungs.” That just might be the definition of living life.

Find out how Pro Tools | Ultimate can put the power of creativity at your fingertips.