Riot Fest is a multi-day music festival in Chicago that started in 2005 and has been held in the city’s Douglas Park since 2015. Local sound company Technotrix was brought onboard to support Riot Fest by the event’s veteran production manager, Grant Simmon, who has been involved in many major music festivals including Lollapalooza, Austin City Limits, Bonnaroo and others. Technotrix, led by Audio Department Manager Brent Bernhardt, was responsible for the festival’s two main stages: “Riot” and “Roots”—each with an Avid VENUE | S6L at FOH and VENUE | Profile systems at monitors. Technotrix handles most of the City of Chicago events funded by the mayor’s office, as well as supporting Lollapalooza and many other national festivals, and have long relied on VENUE consoles to support their festivals and events. Riot Fest was the first time that Technotrix used the VENUE | S6L, and Avid spoke with Brent, Grant, and Dan Steinman (who ran FOH for the “Roots” Stage) to get their impressions of how the system performed as the festival’s house console. 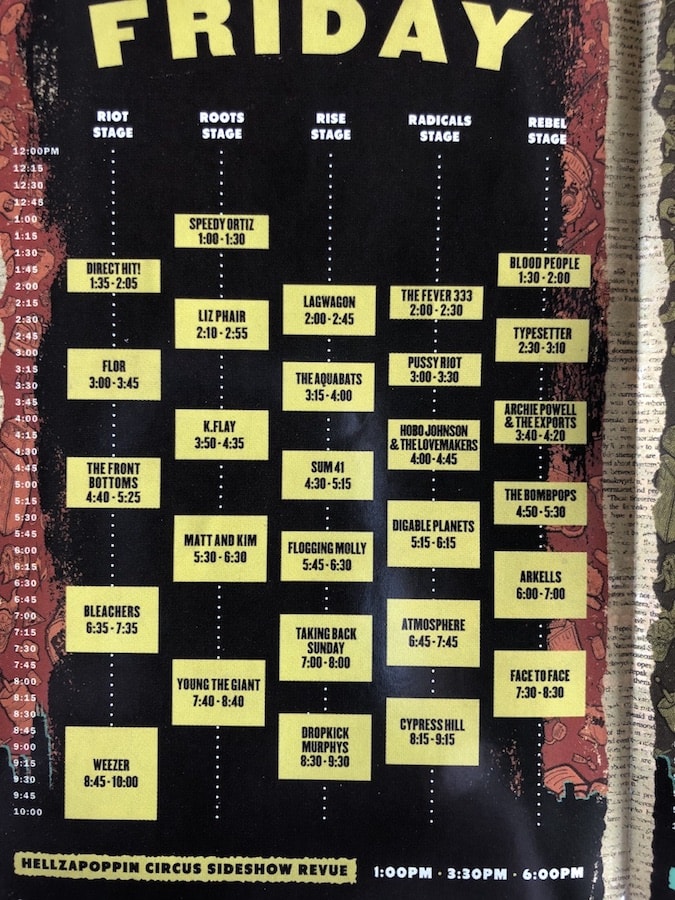 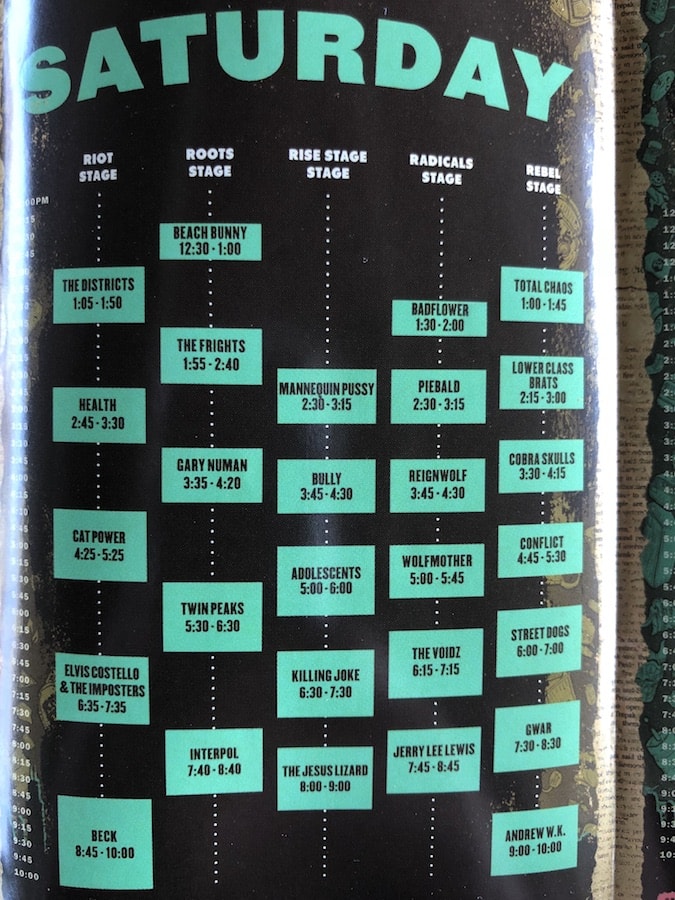 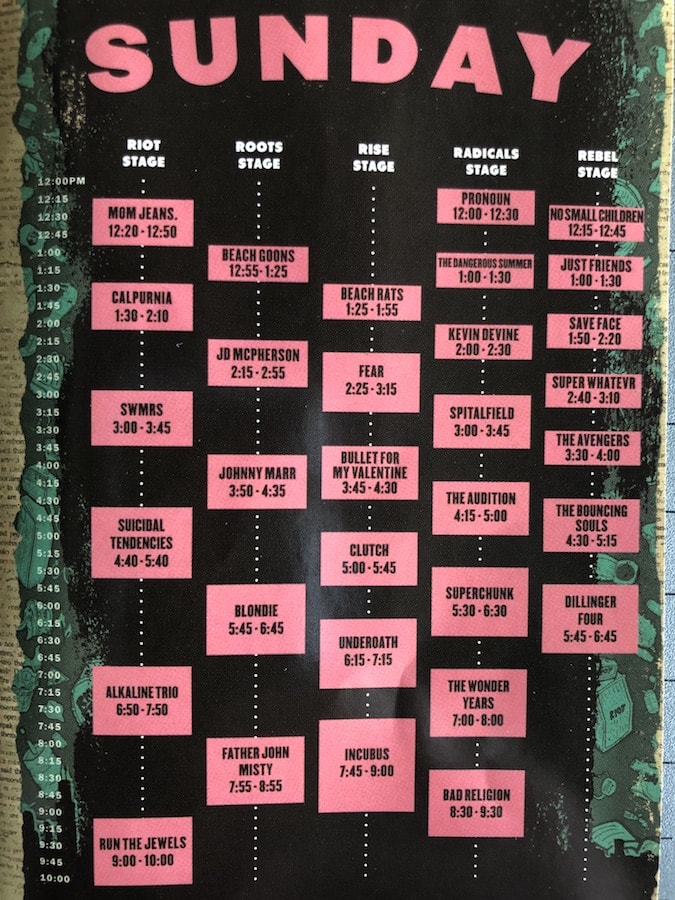 How did you decide to use the S6Ls at Riot Fest?

Brent: We are looking towards the future of what we can offer to our clients. These consoles are the next generation of technology offered from a brand that has been a long time staple in our arsenal. What better way to see how they perform than throwing them right into our day to day operations. Ultimately, we have the support of Grant—he is as interested in pushing the boundaries as we are. We've got a great working relationship, so when I told him that I was going to bring out some new desks to try them out, he was very into it and said, "Well, whatever you do, just make it go well!" We had a great experience. Nobody freaked out or got peckish about being on the desk. 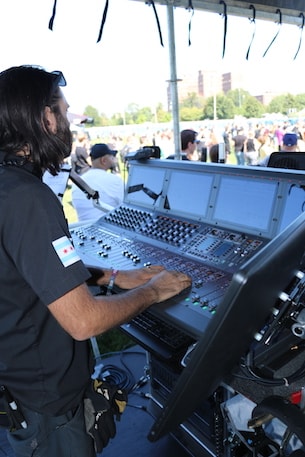 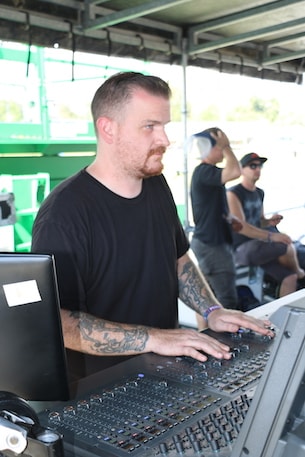 Dan Steinman and Sean Quigley handled the FOH positions for the “Roots” and “Riot” stages, respectively

We saw more S6Ls come to Riot Fest than any other desk. Lots of multiple pairs. We had Father John Misty bring in a pair. Elvis Costello had one at monitors. Beck had one at front-of-house. Interpol had a pair. I know there were a couple others that passed through, and that was just on our stages, plus we had the two at front of house and one backstage for pre-programming show files for the folks who were new to the desk, so there was a strong showing of S6L. I came back to some of the front house guys who had been a little nervous about it at first, and they were all super stoked after it was over. We had some great mixes. 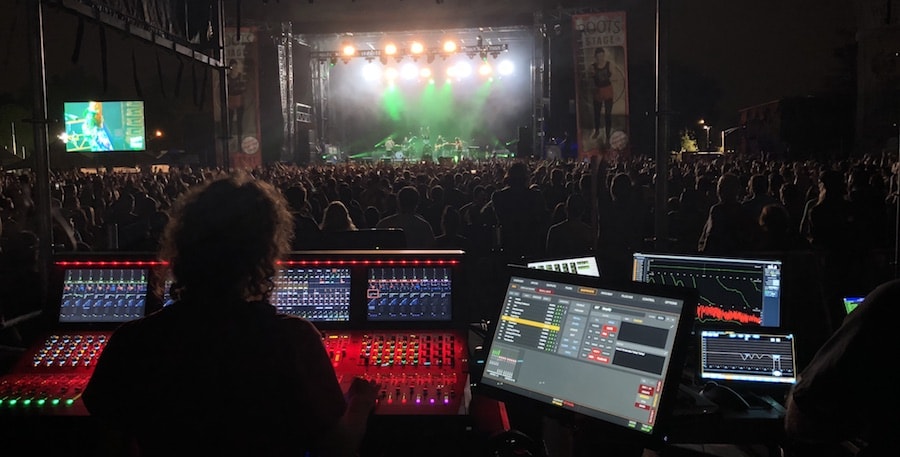 Grant: When Brent suggested we bring in the new Avid, in the old days, I would have said categorically “no” to anything new. It’s a tight schedule, a lot of different engineers, and I don’t have time for new stuff. It’s nice to just be able to put a Profile on a gig—even if it’s not their favorite console. It’s usable, they all have VENUE show files, and they know how to use it. But I don’t think it’s ever sounded better on that stage—it sounded great. I loved having the S6L there. I certainly didn’t have any negative reviews. And as the PM, I pretty much never get good news—just bad news—and I didn’t get any bad news about the console. 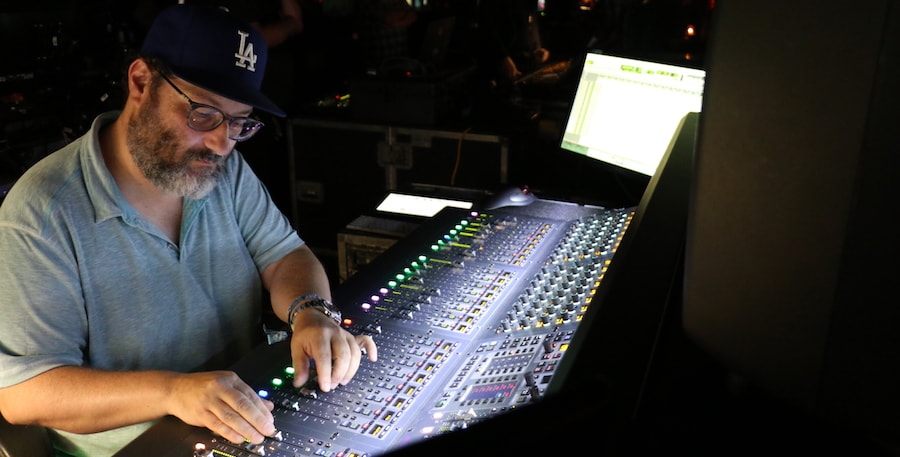 How has VENUE historically fit into your rental inventory?

Brent: We've had a few Profiles, a few Mix Racks, and a few SC48s, and they've served us well. We've maintained them well and we haven't had any major issues. They’ve been a great investment, and the Profile has been the standard for quite a long time. We need to get the desk that's going to go out every weekend. 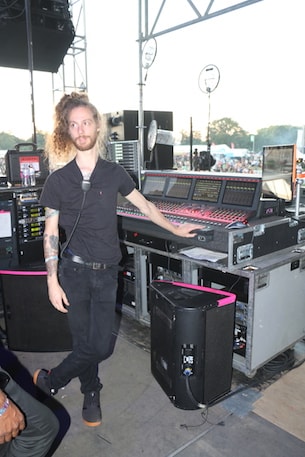 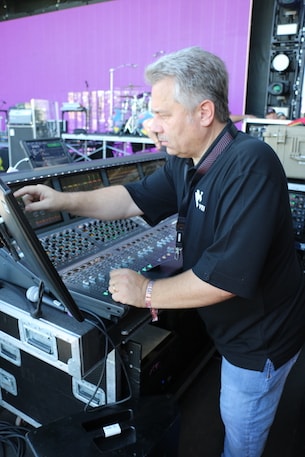 From a business perspective, what stands out with the S6L for a sound company like Technotrix?

Brent: The first tipping point is obviously that the VENUE show files port over instantaneously, and that is something that I always found to be a bit of a bear with other consoles. Depending on what system you're on, what I/O configuration of boxes you had plugged in, what firmware those boxes and all that other stuff was on—it really hampered your day when going across platforms. So the fact that you guys filled in the blanks and made it super easy. It's like, "Whoa, this is very familiar. It's where I left it—cool!" That's always been big for us, because we are servicing such a large segment in which Profiles, even to this day, are still getting rented every weekend. 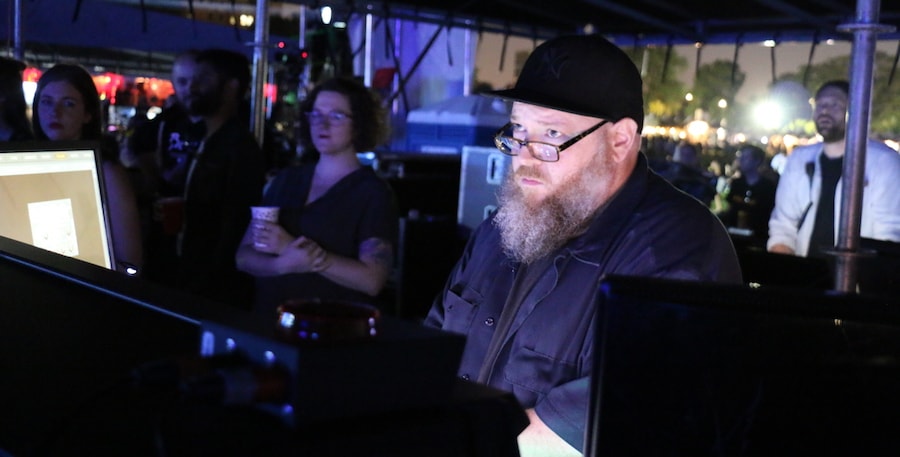 What do you like about the S6L as a live sound engineer?

Dan: The touchscreen running the VENUE software makes things really familiar. Whether you choose to navigate that way or not, having that as an option makes people feel less frightened, because you can always revert to that. And everyone comments on the sound, that it sounds great.

Brent: I'm always the guy that's trying to break it, debunk it. So as soon as we tipped it, I walked right up to it, shoved in a USB stick with one my show files, and tried to get into it real quick, "All right. Let's see how this goes!". Everything's in a familiar spot, and it came to me very easily. Whether or not you want to use the touchscreen, use the mouse and the other screen, or you want to just touch the surface directly to navigate, it's all there—there are three ways to do the same operation depending on your preference. The flexibility of making the modules do exactly what you want is very convenient if you have a slightly different workflow. Layouts are amazing for customization like making playback/test tone layers for example. 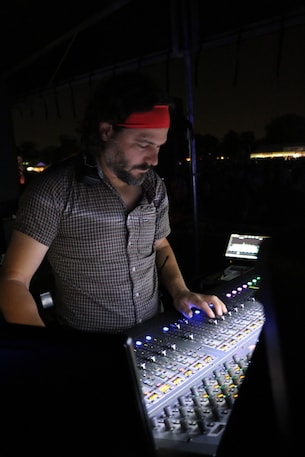 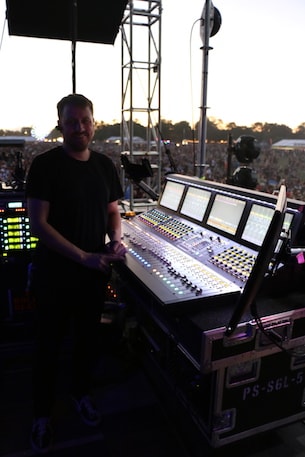 You ran Waves SoundGrid servers with both S6Ls at FOH—how was that?

Dan: In my experience with the Profile, it’s pretty typical to have guys loading their show files to have around 30 percent of their plugins be Waves. We knew it would come up. The SoundGrid integration is so much better on S6L than on other consoles, in that you don’t have to do any audio routing because it’s wrapped in that Waves SoundGrid Rack plugin—that was amazing. 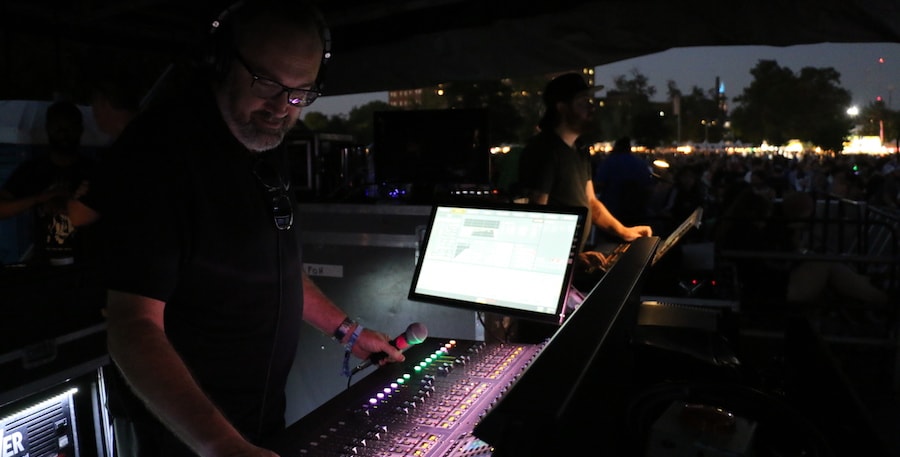 Finally, what are your impressions of the serviceability of the system?

Brent: The serviceability is amazing. The fact that you can replace surface modules on the fly with no interrupted audio is killer. All audio and data is transported on an AVB network, and everything is “hot swappable”. One of the first things I noticed was when you open up the back of the [E6L engine] brain and take out the guts, it’s so easy to clean/service/upgrade. I was just like, "Wow, this is a dream if you have to troubleshoot in the field!" Our Profiles have been working really great for a long time, but I’ve still had shows in the heat of the moment where I'm pulling apart a brain, trying to track down a loose DSP ribbon cable. This was like nothing, super easy—great engineering. It keeps adding up as far as a good choice for us. Everything about it was pretty awesome.